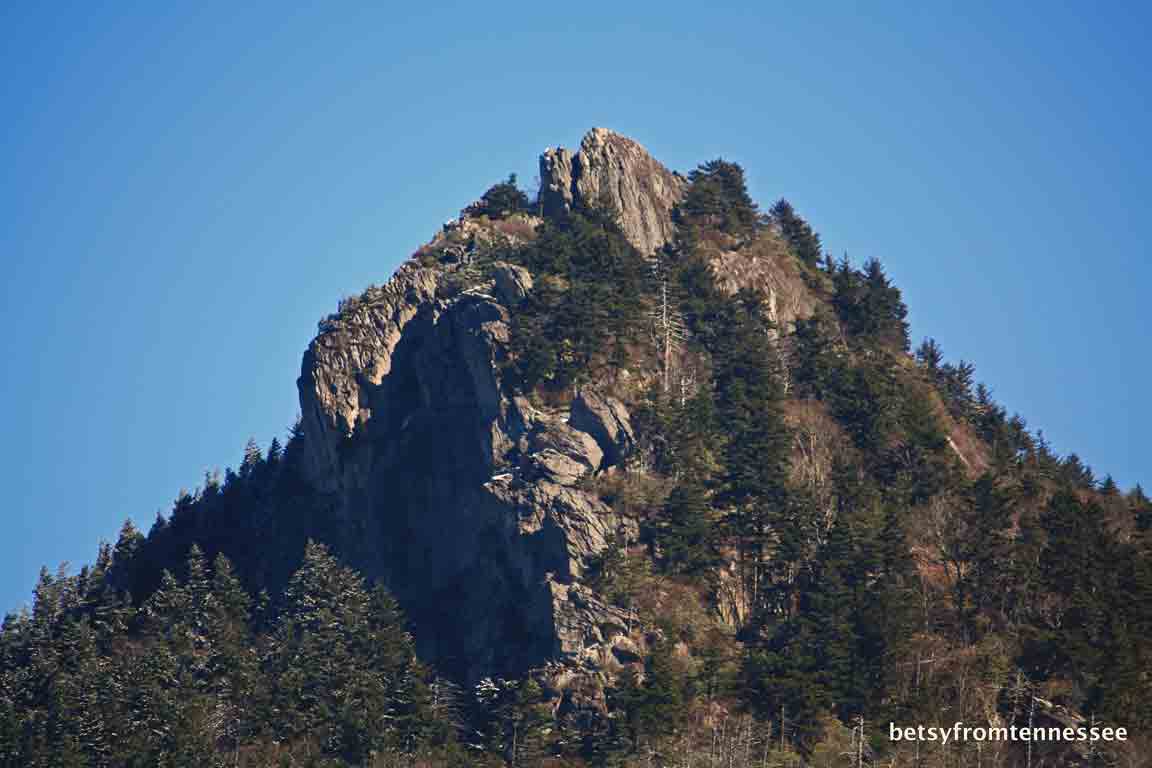 This is my second post from our trip to Grandfather Mountain, North Carolina on November 8, 2012.  Be sure to check out Part I by clicking HERE.   Several people commented about it being cold there that day... To tell you the truth,  I cannot remember a time when I was any colder than I was that day on top of that mountain.... It was unbelievably cold.

Today I will show you more from that trip.  Above is a picture of the top of the mountain (where we went)---from below, as we were driving up there.

Be sure to click on the photos to see enlargements. 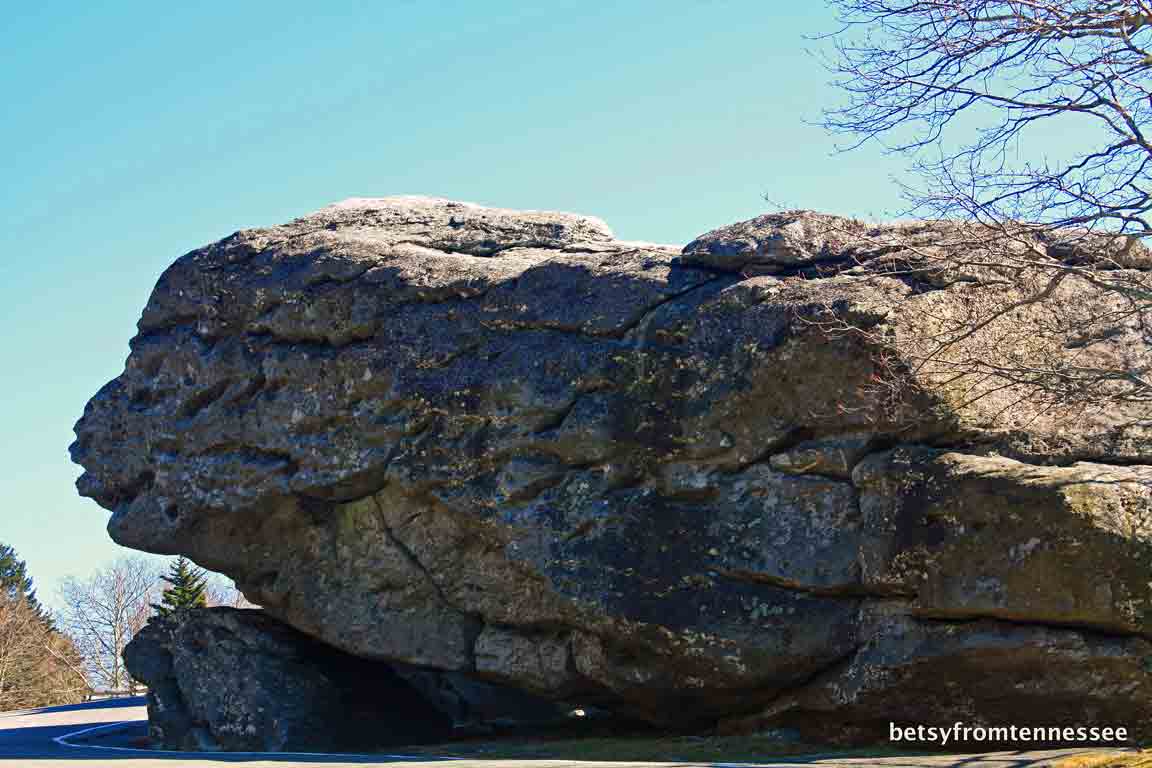 We stopped here to check out these interesting rocks.  This one is called a SPHINX.  Do you see the head?????  A Sphinx is an ancient Egyptian stone figure having a lion's body and a human or animal head....   See it??? 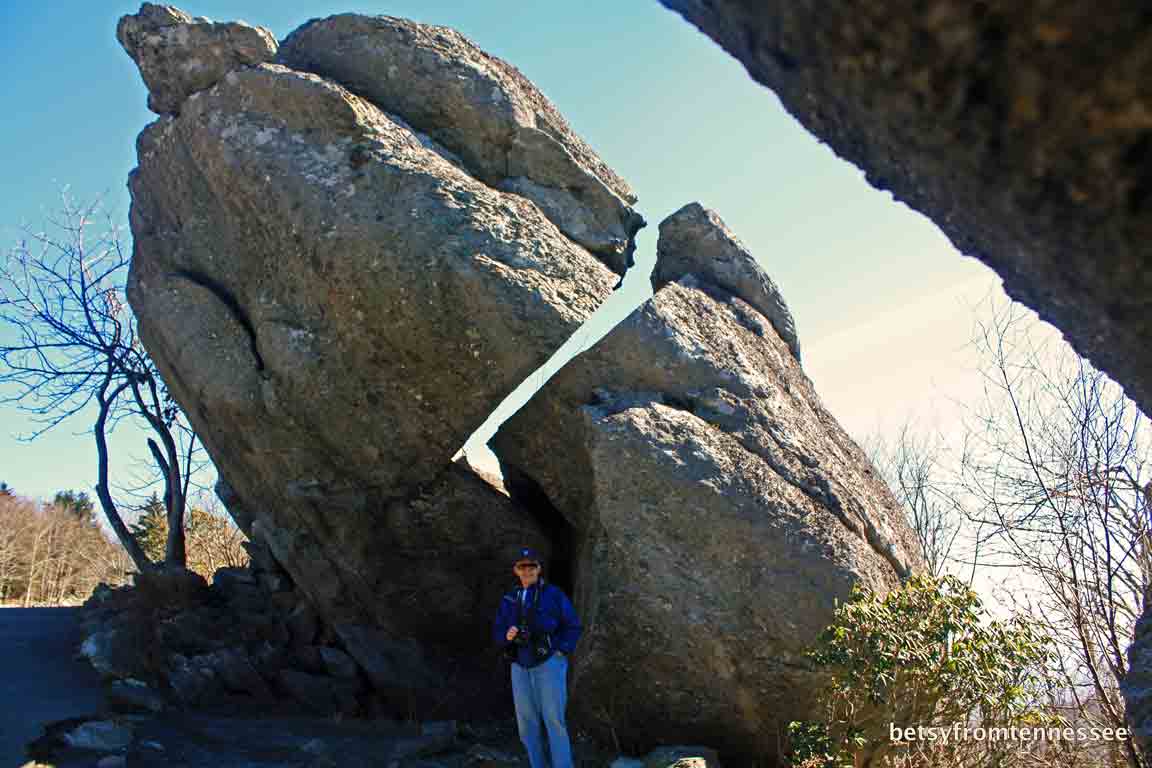 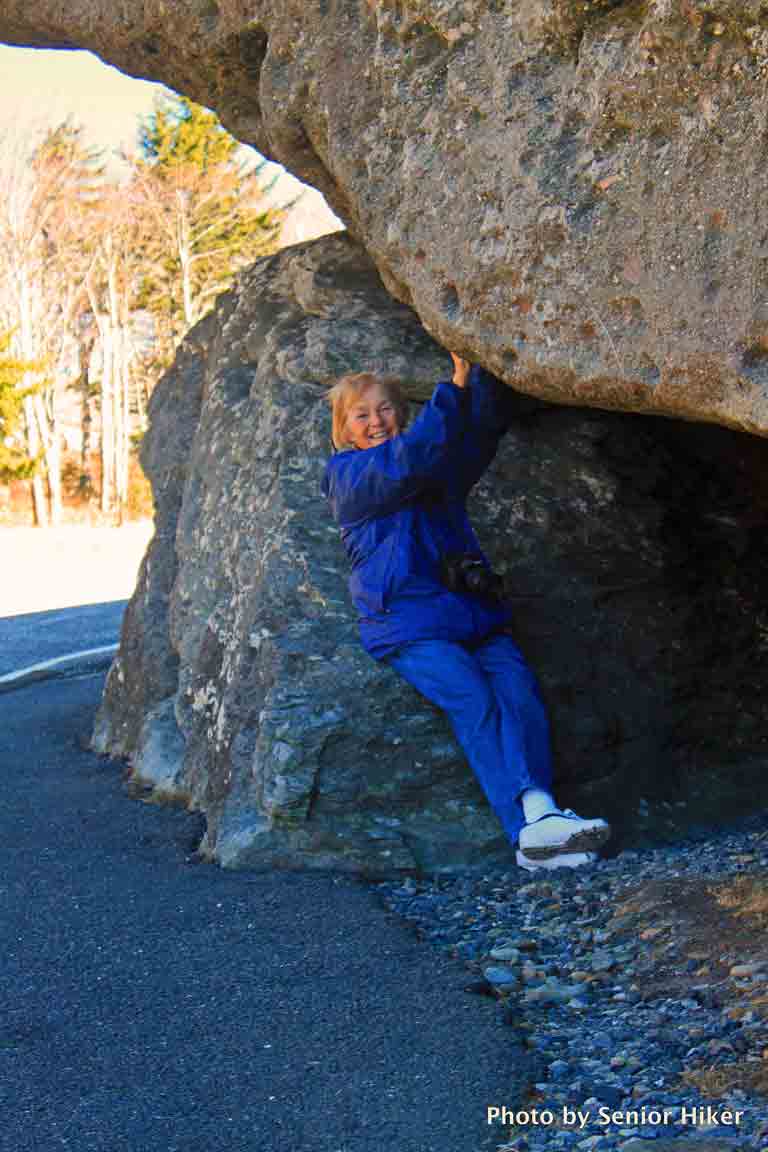 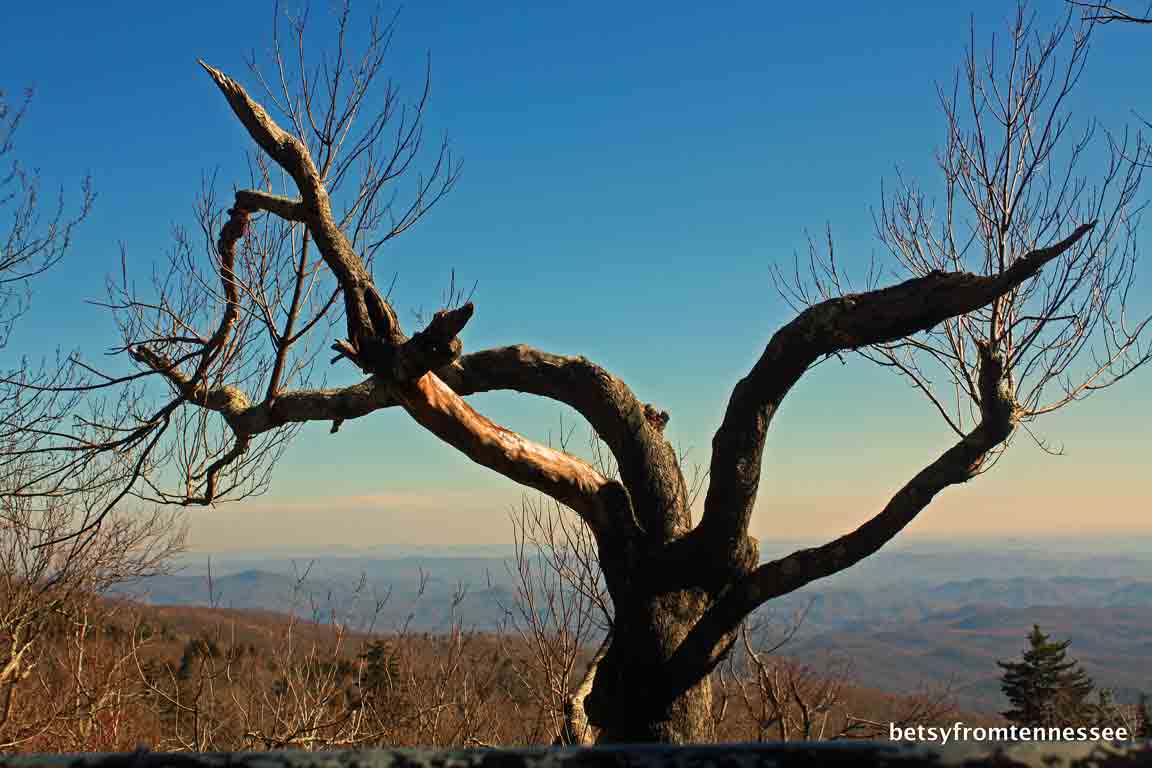 No reason for this photo ---other than the fact that I think it was an interesting tree,  and of course,  I just HAD to snap a picture!!!   Nice view though! 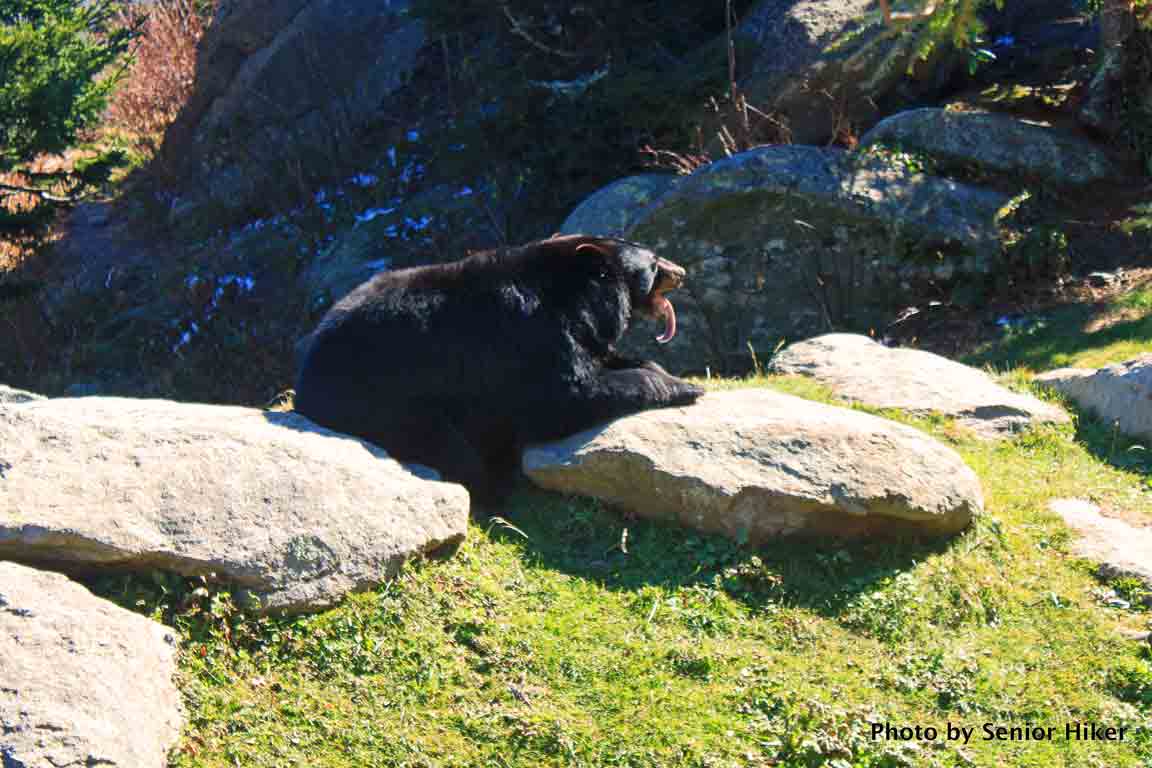 We checked out the Animal Habitat at Grandfather Mountain ---but since it was SO cold that day,  most of the animals were HIDING ---probably trying to stay warm.  The picture above is one of two bears which we saw.   George took this one ---showing the long tongue on that bear. 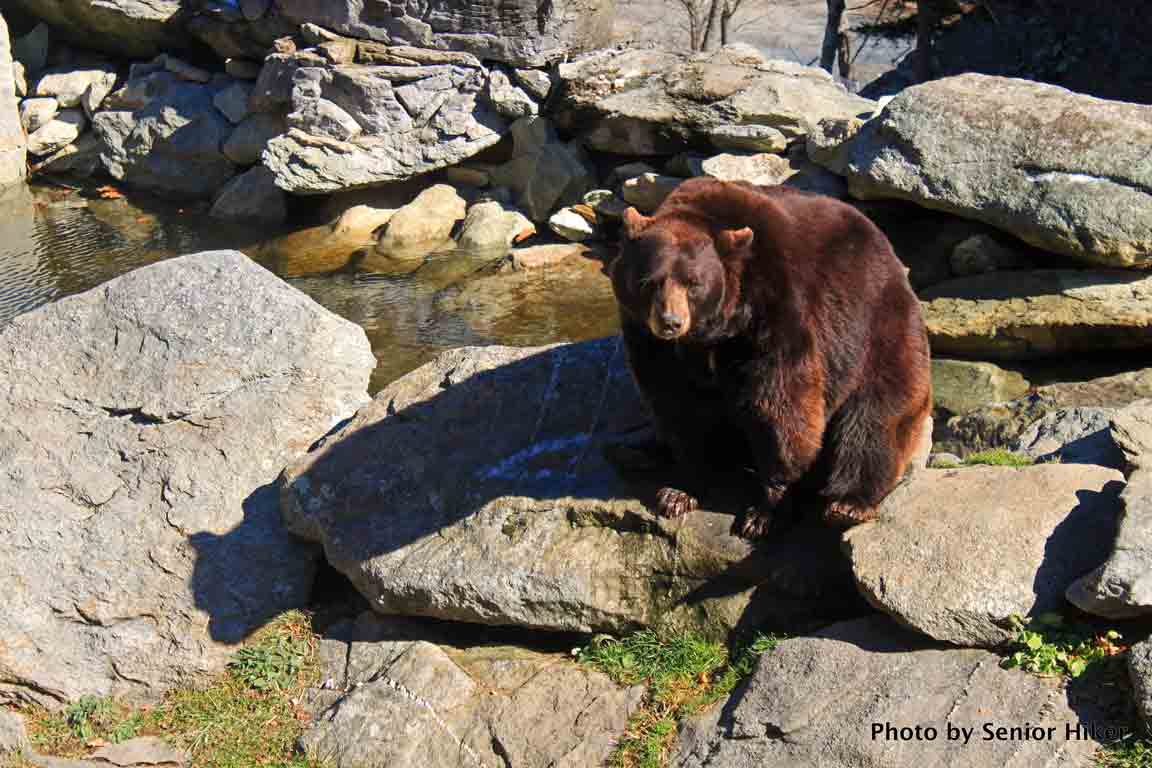 Have you ever seen a CINNAMON BLACK BEAR before?  Here is one for you.   His name is Kodiak.  He is rare--born in 1999.  Less than 3% of the black bears on the east coast have this coloring.  Pretty,  isn't he? 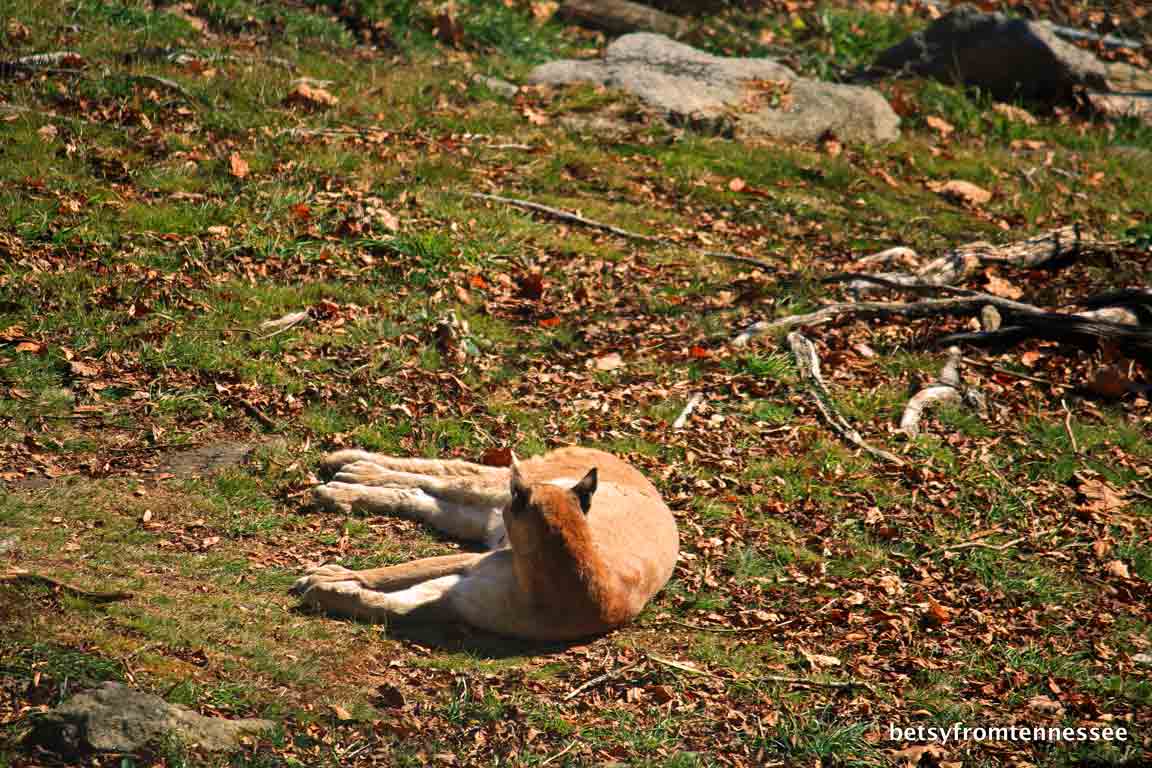 We saw a couple of COUGARS ---but they were far away and wouldn't pay any attention to us... This is the best picture I could get --even with my long lens.. 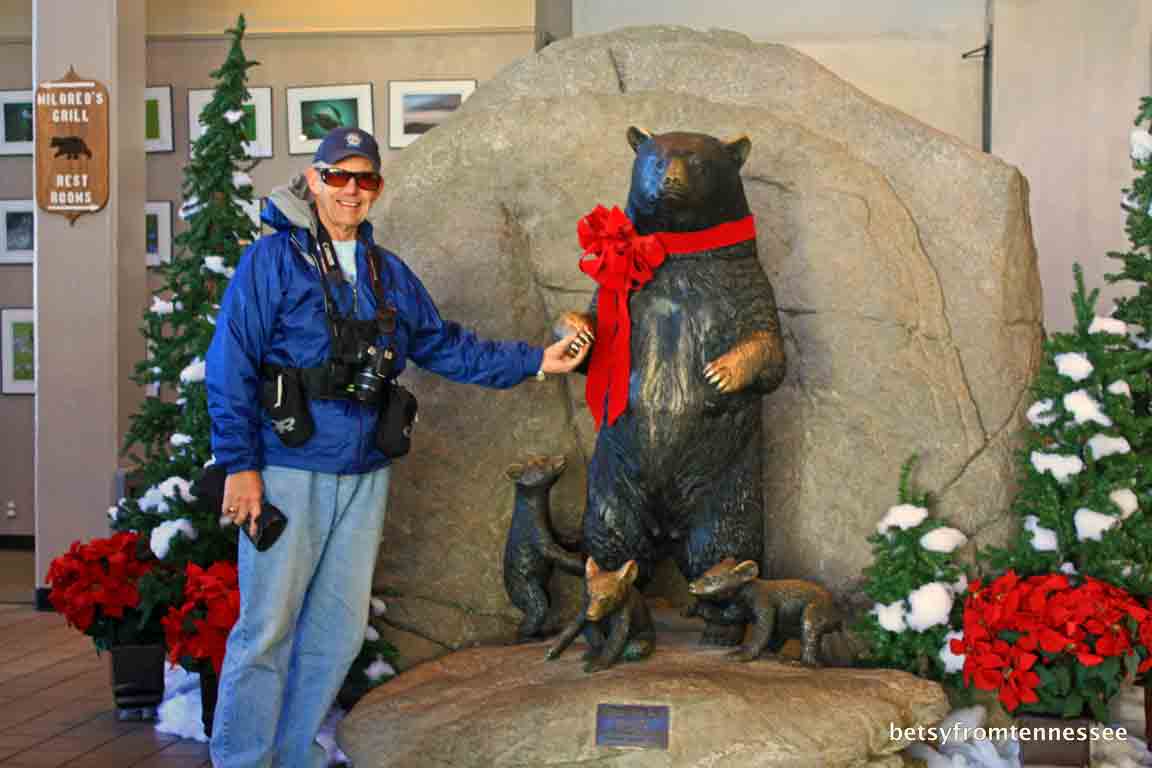 After walking around to see the animals,  we went inside the Visitor Center (Nature Museum) to WARM UP.... Did I mention how cold it was that day---especially the wind?????? Woooooooo.

I had to take this picture of George with "MILDRED" the Bear.  Mildred  came to the Grandfather Mountain area about 1968.   She loved it there --and raised her 'family' while there.  The bears there now are all descendents of Mildred....

There was also a Mildred Grill  and a FUDGE Shop..... We had our lunch in the car --so we didn't visit the grill,  AND I just couldn't get anywhere near that Fudge Shop.... TOO tempting!!!!! ha

After leaving the Visitor Center (Nature Museum),  we then continued up the mountain to see the Mile High Swinging Bridge (shown in Part I).

If you ever get to the mountains of North Carolina,  be sure and check out Grandfather Mountain.  We hope to go back sometime and do some hiking.  (All of the hiking trails were closed when we were there due to snow on the trails.)

Have a fabulous day.