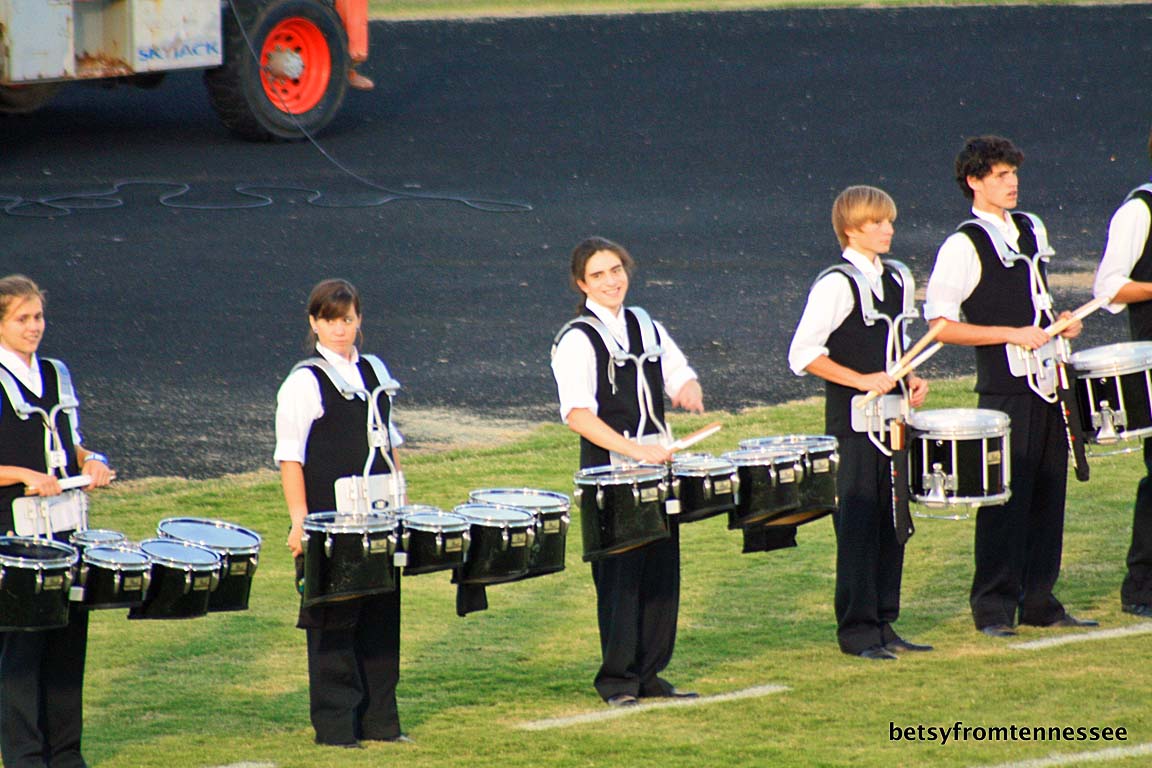 George and I drove to Knoxville on October 6, 2011 (along with Proud Papa, Jeff, and sister Avery) to watch Grandson Landon play in his band during their high school football game.  Landon is a sophomore at Bearden High School --and is a member of the drum line.

I enjoy high school football and marching bands since they bring back so many great memories of my childhood.   I used to play the Clarinet in my high school band --and  seeing Landon's band brings back some of the best memories from my high school...

SO--you can imagine how happy I was to see Landon's  band ---especially that precious drummer pictured above in the middle. (Doesn't he look like he is enjoying himself?)   As you can imagine,  I took LOTS of pictures at the game... Tonight I will just share some photos of the band with you... This is one TERRIFIC band.... I love the uniforms --much better than the 'formal' ones we wore when I was in the band.  Sign of the times for sure!!!!!  (Enlarge for bigger pictures.) 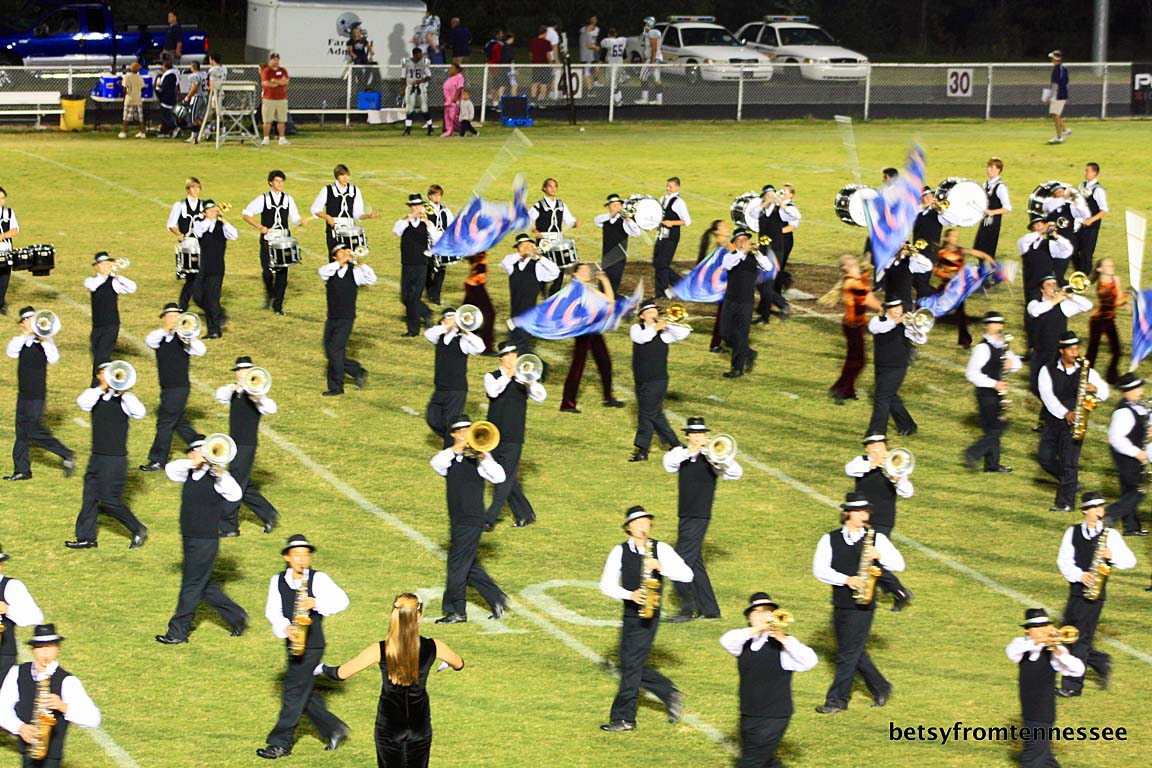 The band performed a fabulous show for us --using the theme,  "Clockworks".   Did I say that this is one AWESOME band?????  WOW--was I impressed! 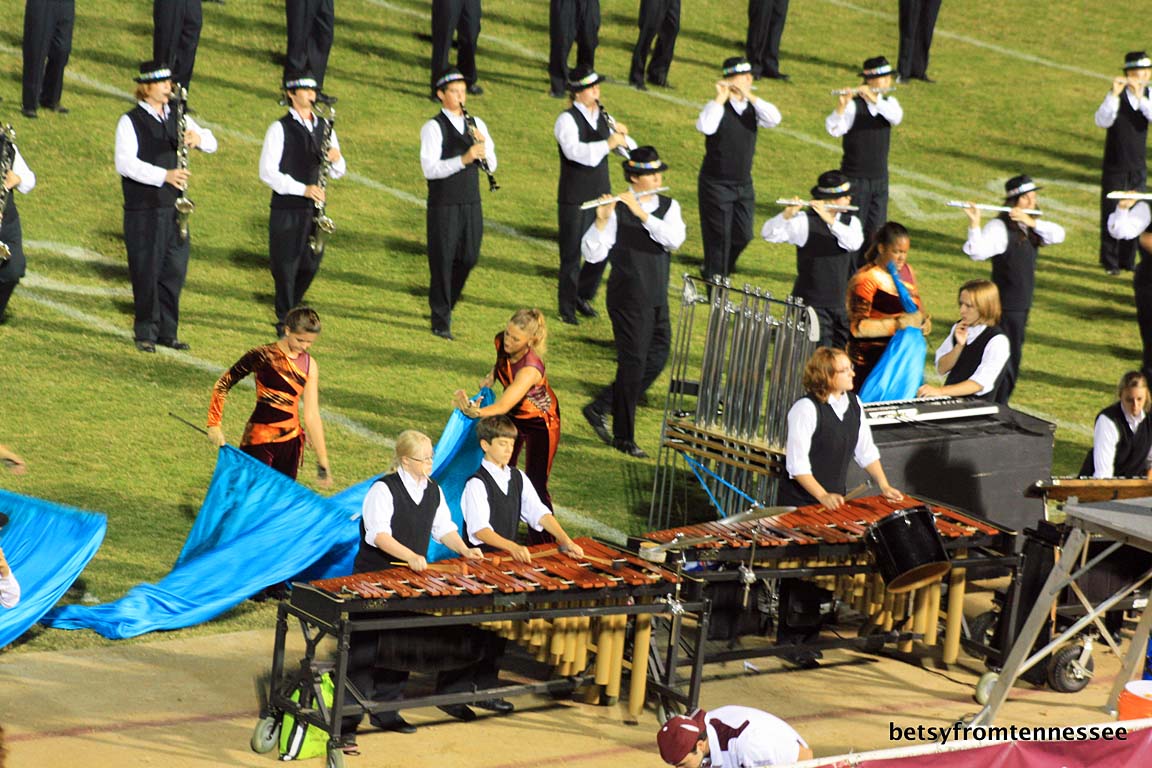 There is a huge percussion section as part of the band.. That is much different from 1960 when I was in the band. 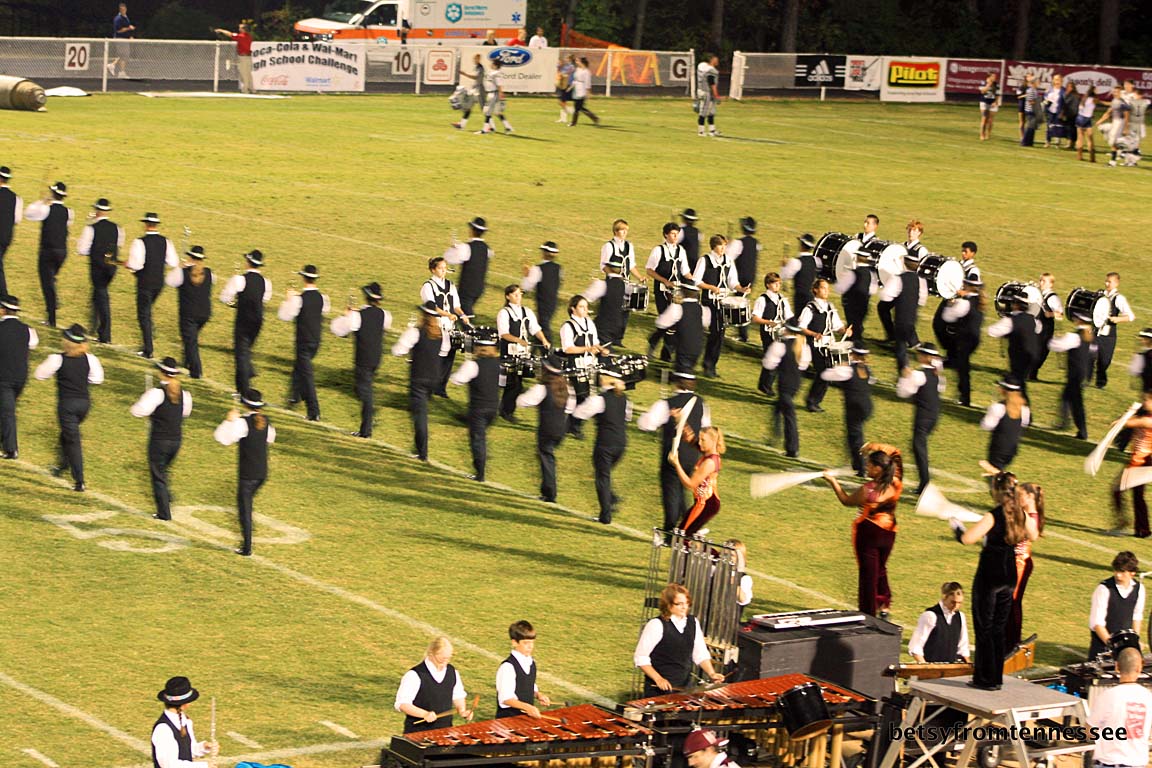 Can you see Landon in this photo???? He is almost in the middle of the picture. 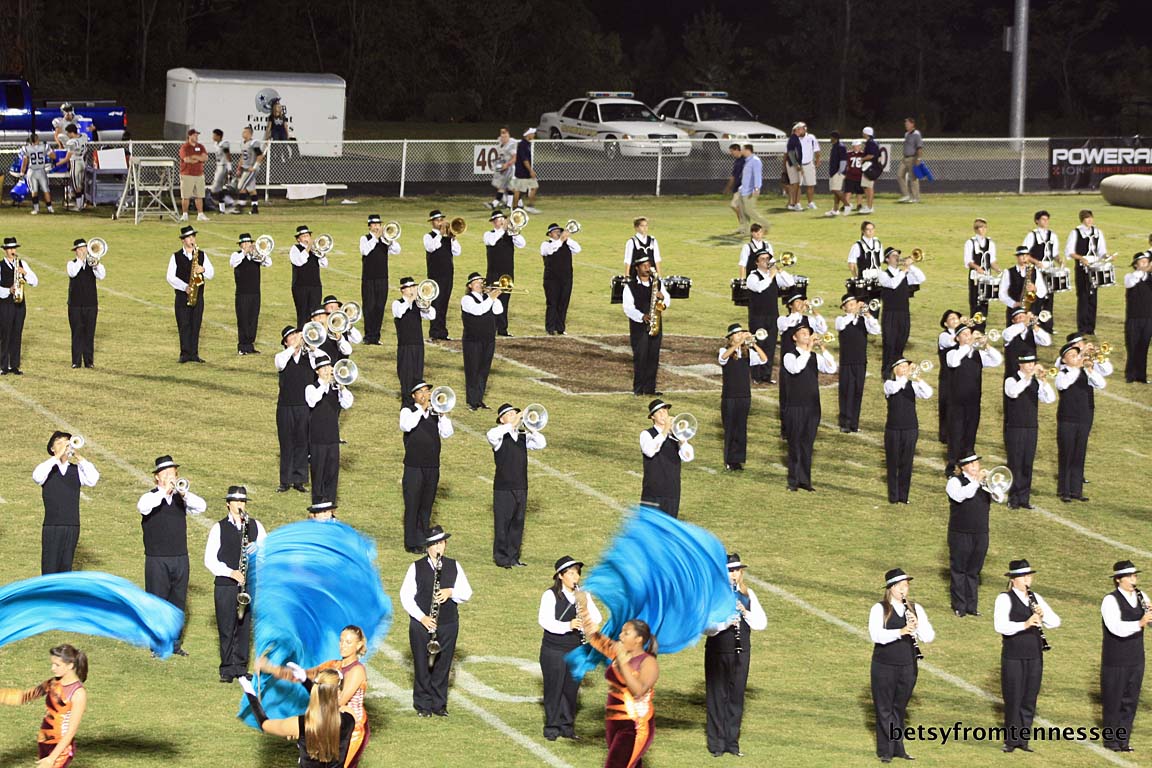 You can see some of the color guard in this photo (and others).   Besides the color guard,  there were majorettes,  a dance team,  and other groups at the game, including the cheerleaders... There were so many things to see during the game!!!!! 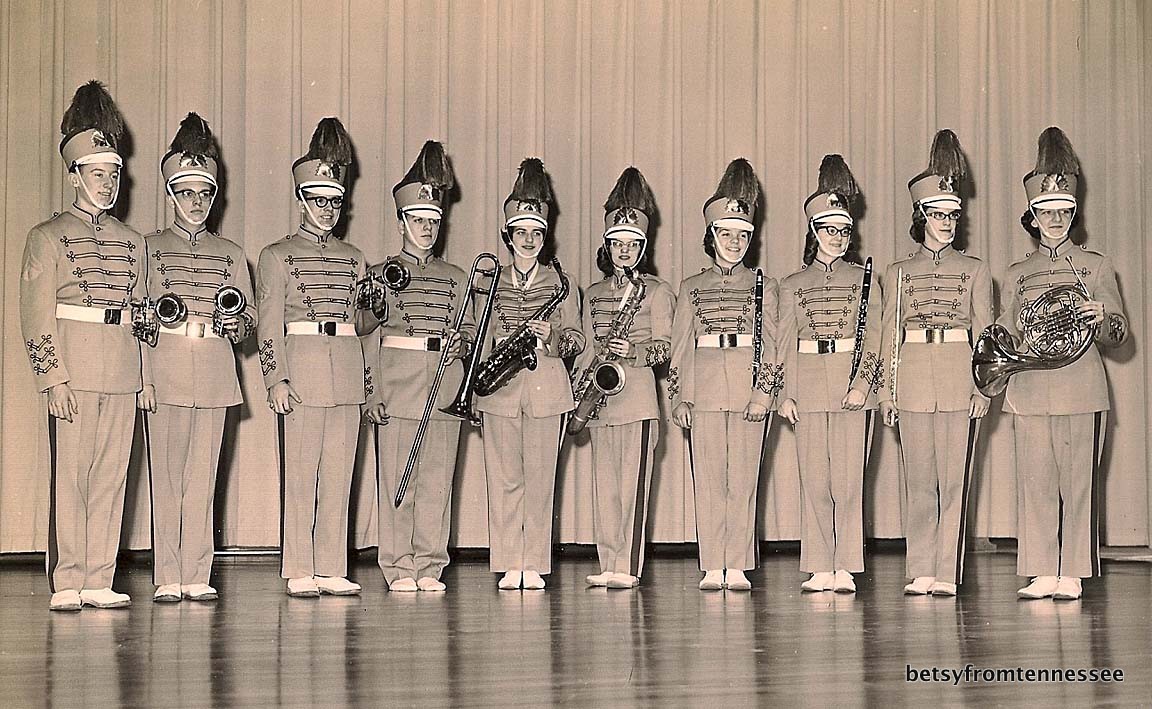 I just had to show you one picture of what our band uniforms looked like in 1960!!!!  From left to right:  Eddie Joe Duffy,  Winfield Rose,  Ralph Shuler,  Jim Scott,  Joyce Bailey,  Trina Lane,  Betsy Banks,  Alice Darnell,  Jane Draper,  and Sammie Rhea Halstead...  We had about 60 members in our band (fairly small school) --and the 'drumline' consisted of a bass drum, and about 4-5 snare drums.  That was IT back then!!!! 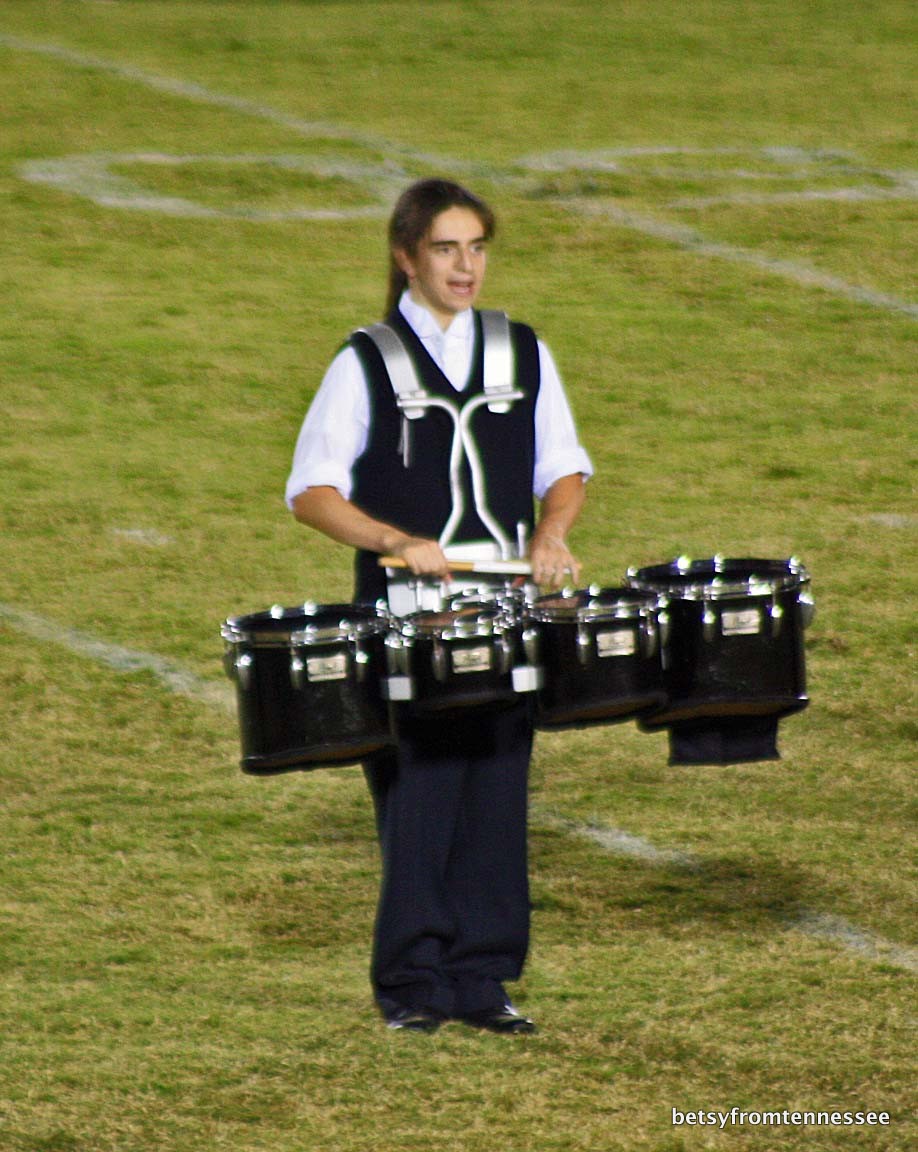 Finally,  here is one last picture of my Grandson, Landon.   Isn't he just terrific?????  Of course,  we grandparents are booming with pride!!!!!

Hope you get a chance to see your grandchildren (if you have them).   Grandchildren are very very special!!!