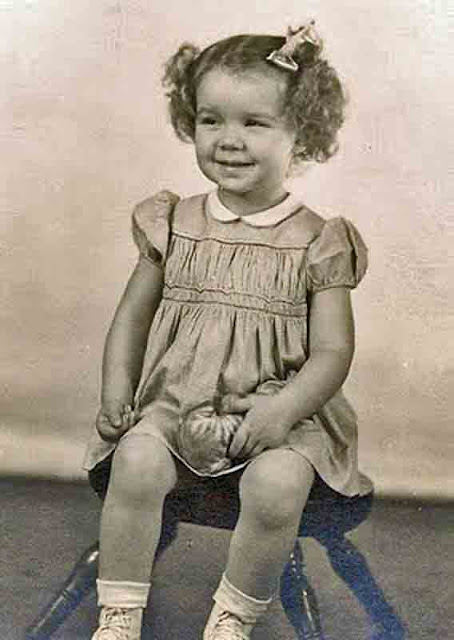 Once upon a time in the southwestern corner of Virginia (Big Stone Gap to be exact),   a little girl was born on August 5, 1942....  Her name:  Elizabeth Bruce Banks (called Betsy by her parents). 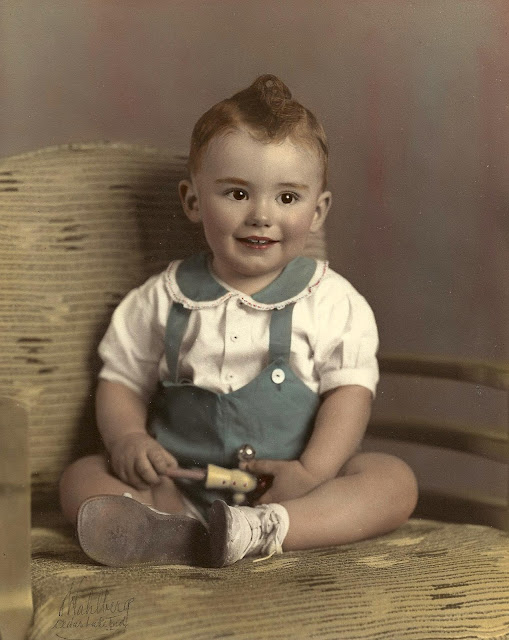 And,  in another corner of the country in Crown Point, Indiana,  a little boy was born on March 9, 1942.  His name:  George Emery Adams. 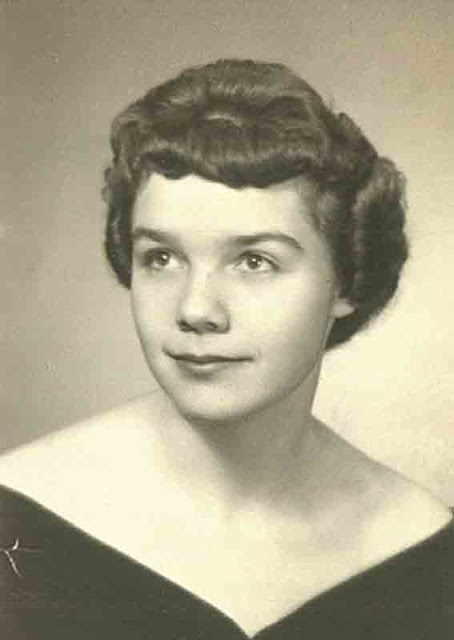 The little girl grew up and graduated from high school in May of 1960,  in her hometown in Virginia.  Her interests:  MUSIC  (piano, clarinet and singing). 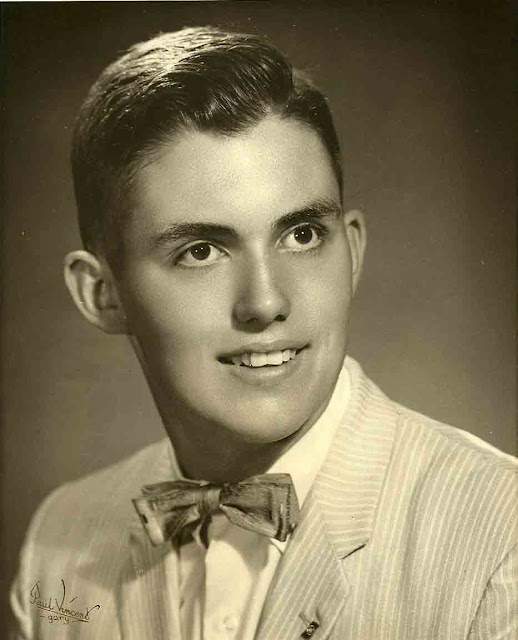 The little boy also grew up and graduated from high school in 1960,  in his hometown in Indiana.  His interests:  READING and STUDYING (he was the Valedictorian of his class). 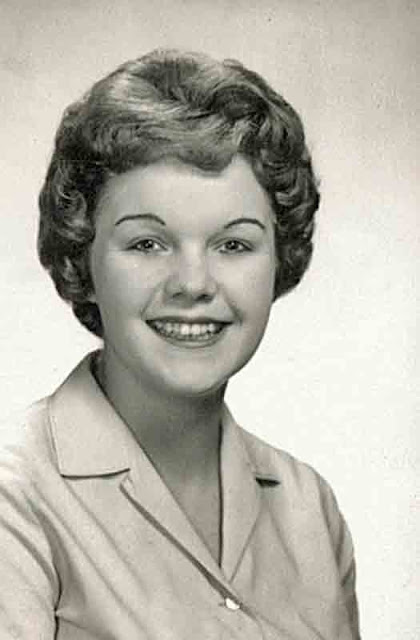 She attended college at Tennessee Wesleyan College in Athens, TN and graduated with a BA degree in Music (vocal) and Education in May of 1964.   (By this time,  she was married and already had one son.  However, she did go back to school for her Master's degree later.) 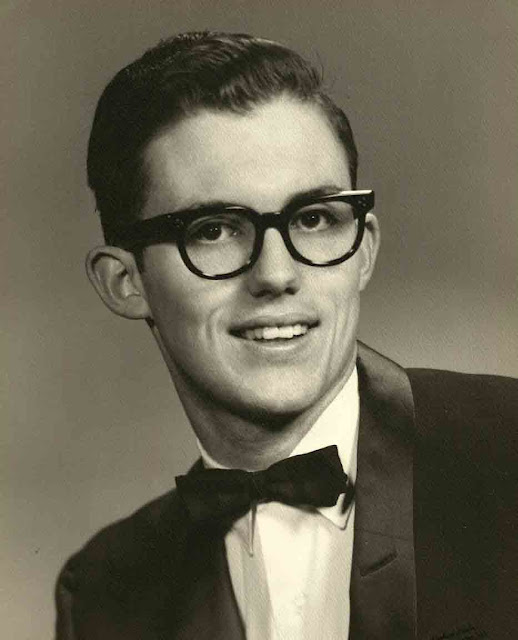 He attended college at Manchester College   in North Manchester, Indiana,  and graduated with a BA degree in Mathematics in  1963...  (The 'smart one' graduated in 3 yrs. before getting his master's degree,  and later working on his doctorate.)

Both the girl and the boy went on to have great lives from the middle '60's until they met in January of 2001.  The boy married and had 2 children (a boy and a girl),  and the girl married and had 3 sons. 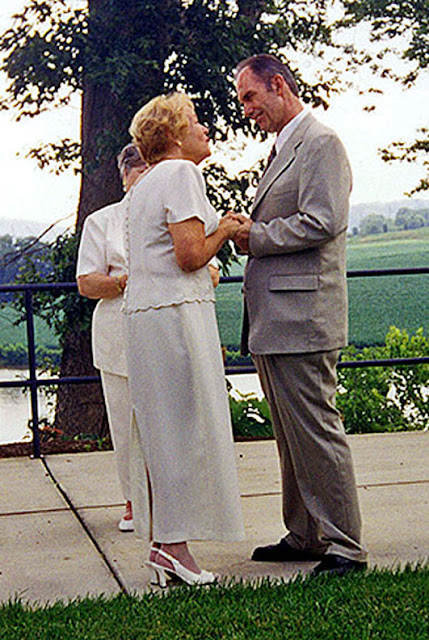 May I introduce Mr. and Mrs. George Emery Adams.  Married outdoors beside the Tennessee River in Knoxville, TN,  at a ceremony only attended by family,  the boy and girl exchanged vows that each of them had written themselves.  The two became ONE! 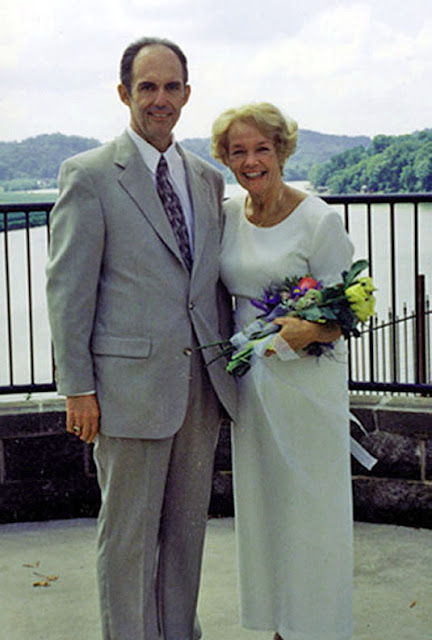 Here is that happy couple on their wedding day.  Tomorrow will mark their 11th wedding anniversary ----and even though they both had happy lives before they met,  they say that these eleven years together have been absolutely fabulous for both of them. 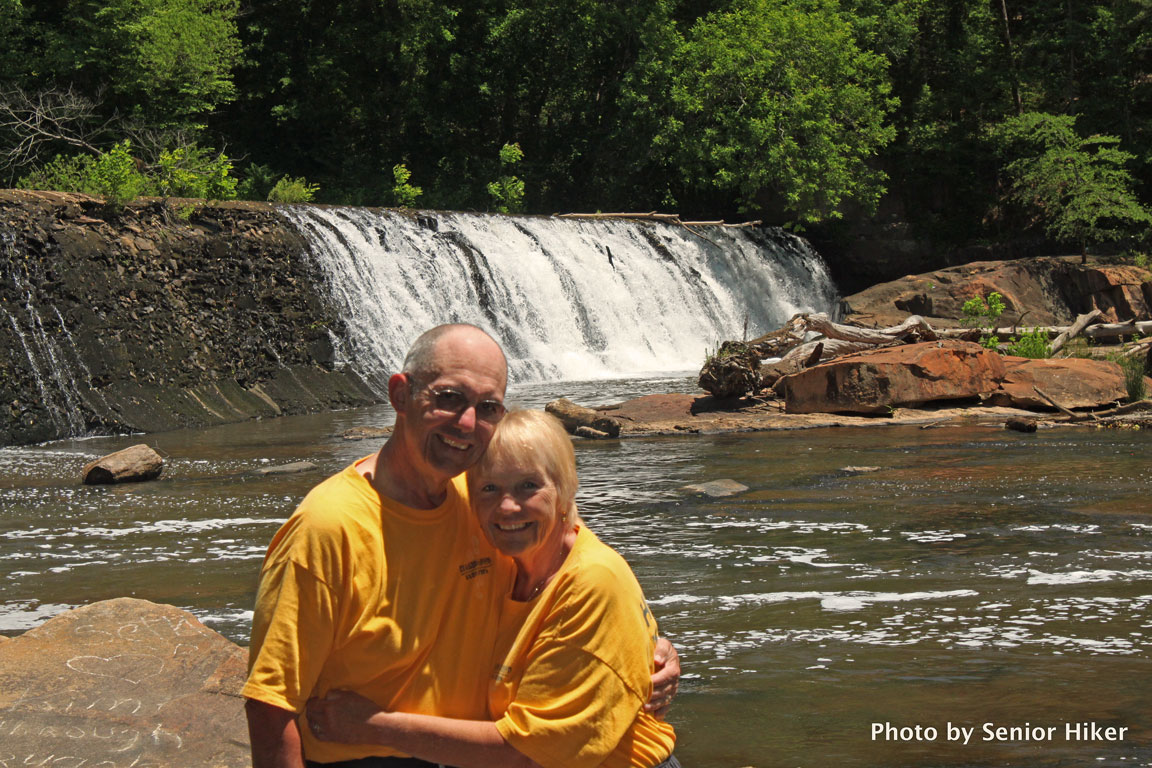 Here's one example of 'life with Betsy and George' now!!!  This picture was taken at Cedar Falls Park on May 11, 2012 at Simpsonville, SC.    This is only one of WAY OVER 500 different waterfalls they have visited during these 11 years together.  As you can tell,  both the boy and the girl definitely have a PASSION for waterfalls---along with a passion for each other.

Last year at this time,  they were on a 3 week trip out west... BUT--after evaluating that SUMMER trip,  they decided to make their 'long' trips during another season.  It's too darn hot and there are too many people around during the summer...  SO---they will be celebrating this Anniversary here in Tennessee ---and hope to take a longer trip in September this year.

This is the story about two people who met when both of them were 59 years old... SO--anyone looking for love should never give up.  It CAN happen and it DID for us.  With God at the center of our lives and with lots of love for each other,  this boy and this girl hope to have many, many more wonderful years together...  But--since life doesn't give any guarantees,  they always try to make the most out of every minute they have...