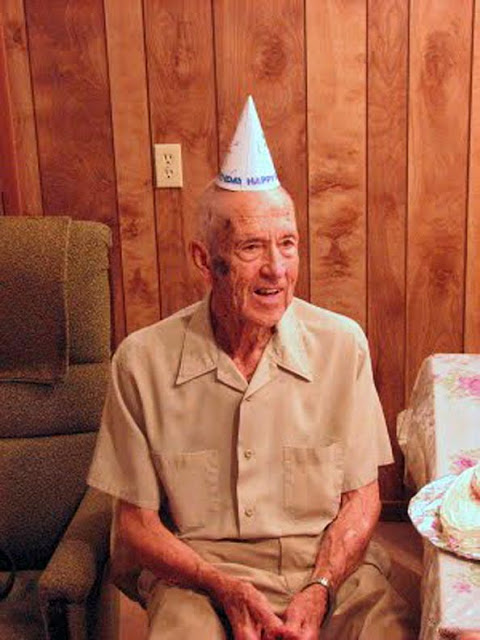 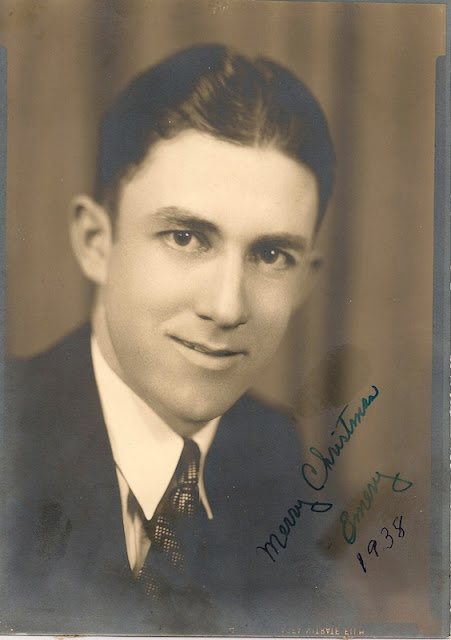 Here's what he looked like in 1938.   Dad has always been health-conscious --so I guess that is why he has lived for so many years.  He was from that 'older' generation --who worked hard all of his life and was very Patriotic.  God Bless John Adams.  He's an inspiration to all. 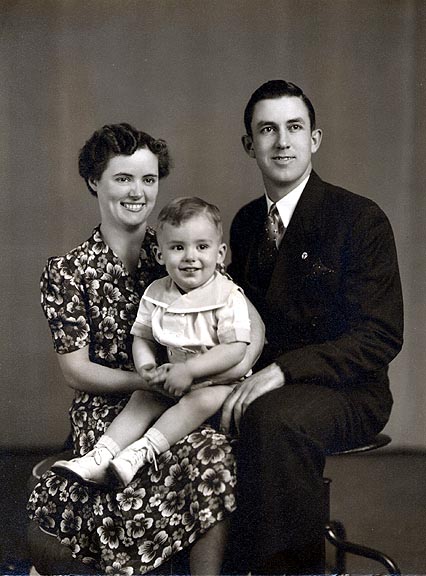 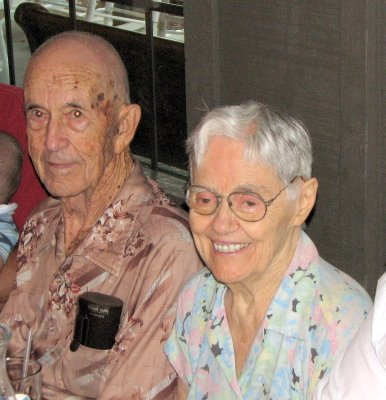 Here is a picture of Dad and Mom which I love. 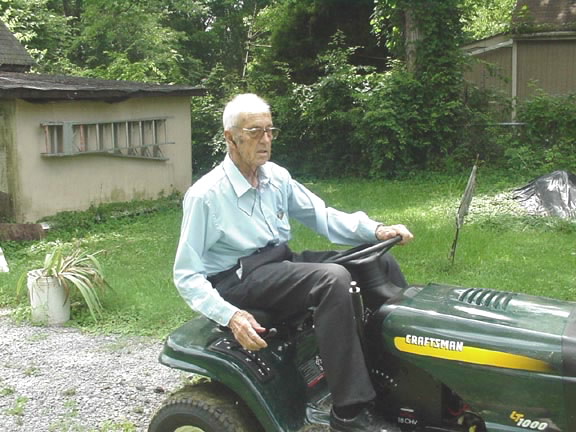 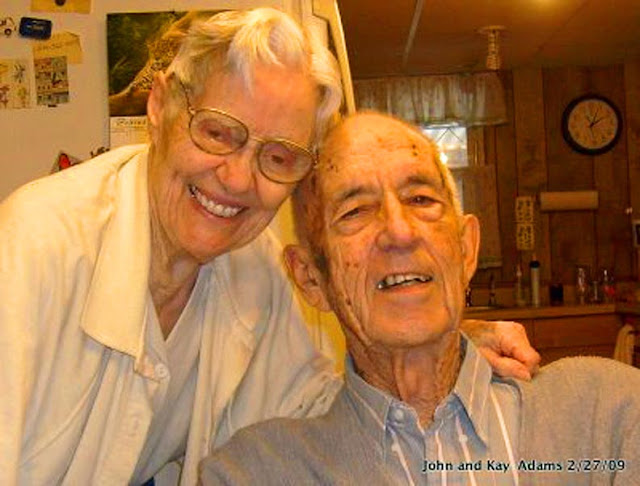 Here's  two people very much in love---after many years together!!! 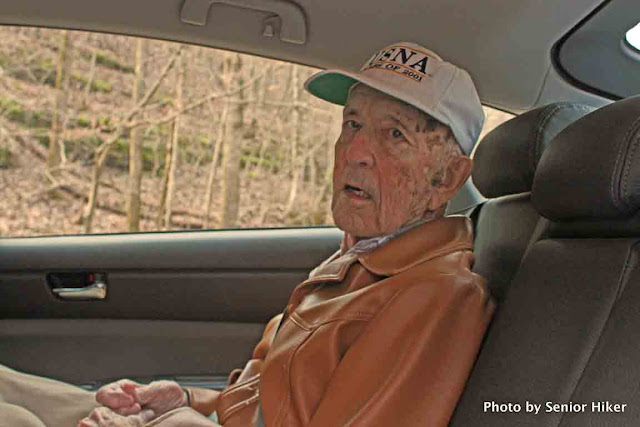 These days,  George and I visit Dad about every other week.. One thing he still loves at age 101 is to have lunch out and then go for a nice long ride in the country!!!!! 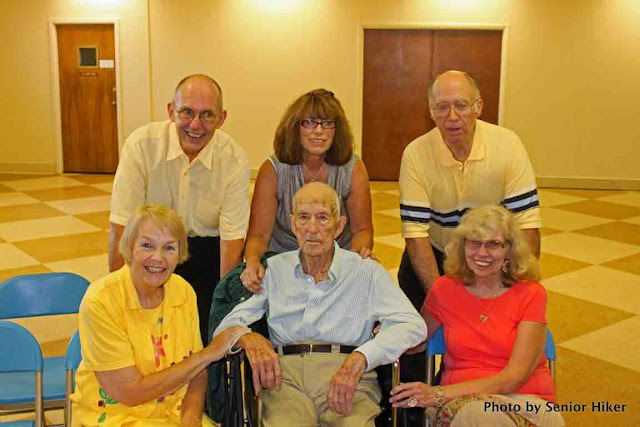 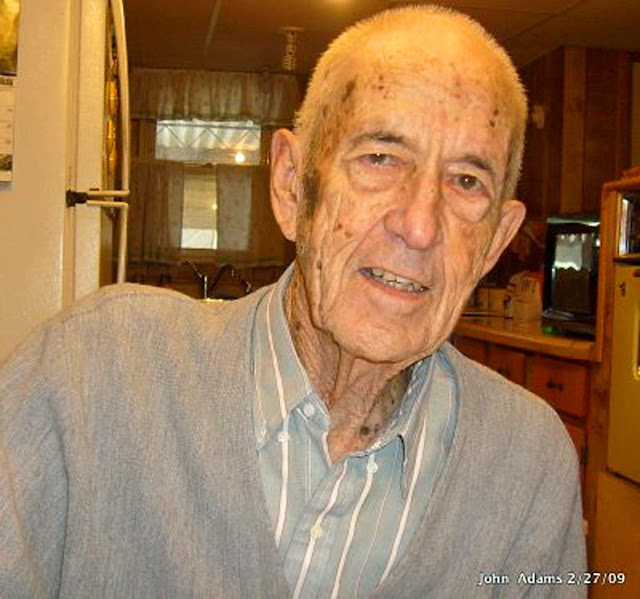 Now---pop over to my Photo Blog (click  HERE) to see a photo of a precious little bird.