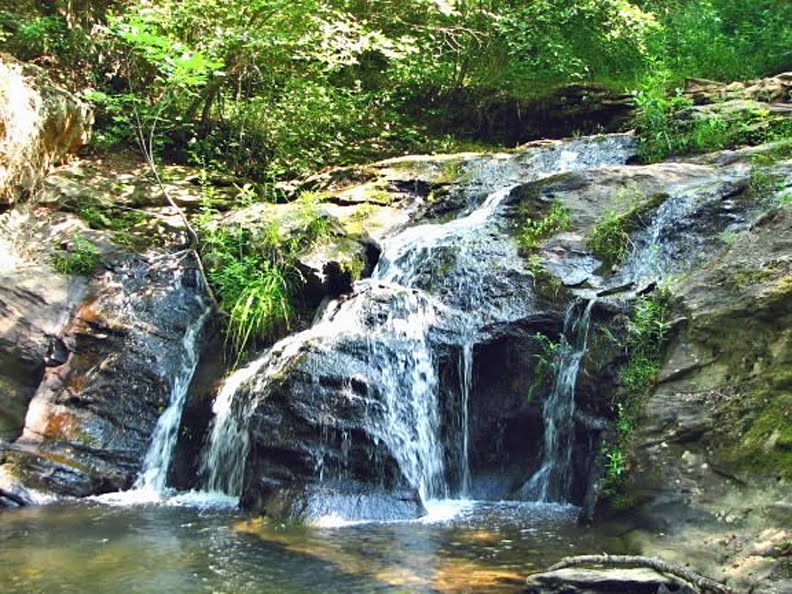 In June of 2008, George and I went on our Anniversary trip to the Charleston and Savannah areas. Like we usually do when we are on vacation, we leave a day early and check out new waterfalls along the way... 2008 was no exception! We stopped in North Georgia to see some new waterfalls on June 20. This was LONG before the new cameras --so the pictures aren't as good as our recent pictures... But --I hope you enjoy them just the same.
Above is CUPID FALLS ---near the campus of Young Harris College, in Young Harris, GA. Young Harris is a small United Methodist College. We loved the area where Cupid Falls is. Below are five more waterfalls we saw that day. 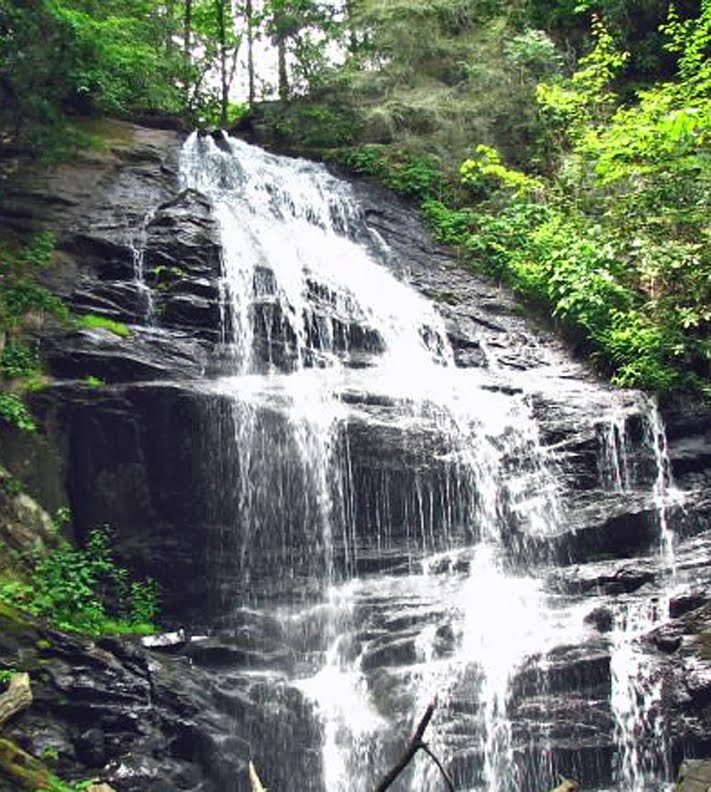 All of the remaining waterfalls are found in a retreat center called Enota Mountain Retreat. There were people 'on retreat' here (what a gorgeous center) --but the people were gracious enough to allow us (for a small fee) to roam the area to see their waterfalls. I felt as if I was on 'retreat' on this day myself! The waterfall above is named UPPER GURLEY CREEK FALLS. This was our favorite one of the day, even though the hike was steep. This waterfall is over 200 feet high. 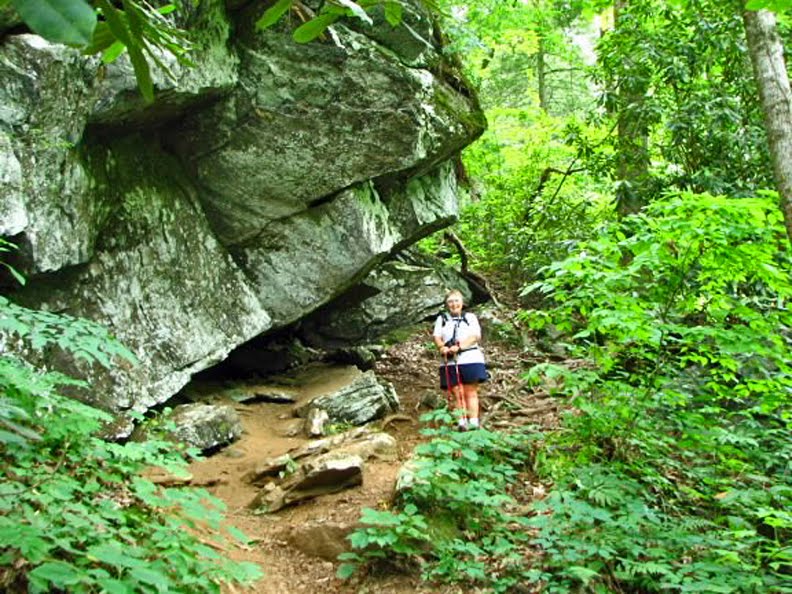 We hiked past this huge rock on our way to and from UPPER GURLEY CREEK FALLS. 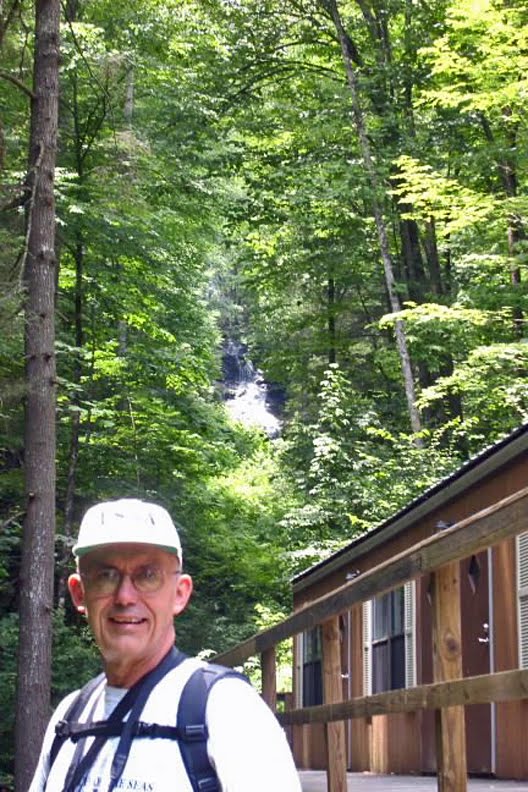 George stands in front of one of the retreat housing areas. LOWER GURLEY FALLS is in the background. It was also a large waterfall (200 feet high)--but difficult to see in Summer. (Bet this area is fabulous in winter!) 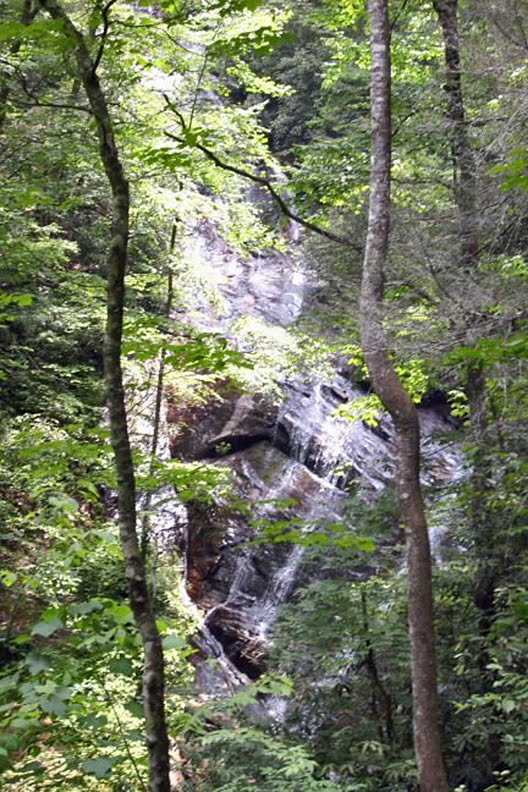 This is JOEL CREEK FALLS, another huge waterfall found on the other side of the retreat area. We had to hike to see this one also--but it was also worth the steep hike. George wanted to find a way to get a better picture, but couldn't due to the steep terrain. We need to go back in winter. 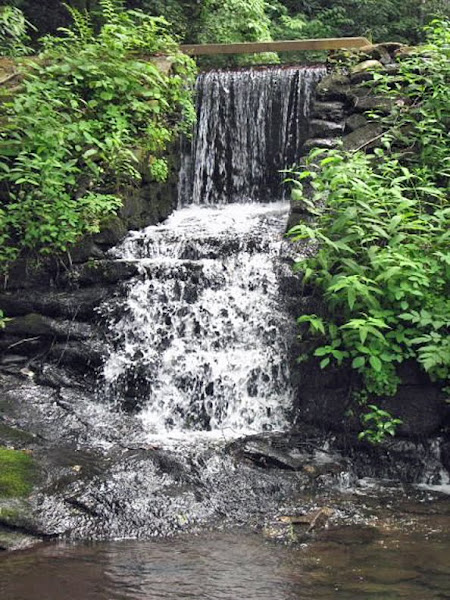 On our way back down the mountain, we passed this cute little waterfall called FISHPOND FALLS. I sat on a bench swing for awhile and just admired the falls and the rhododendron all around. 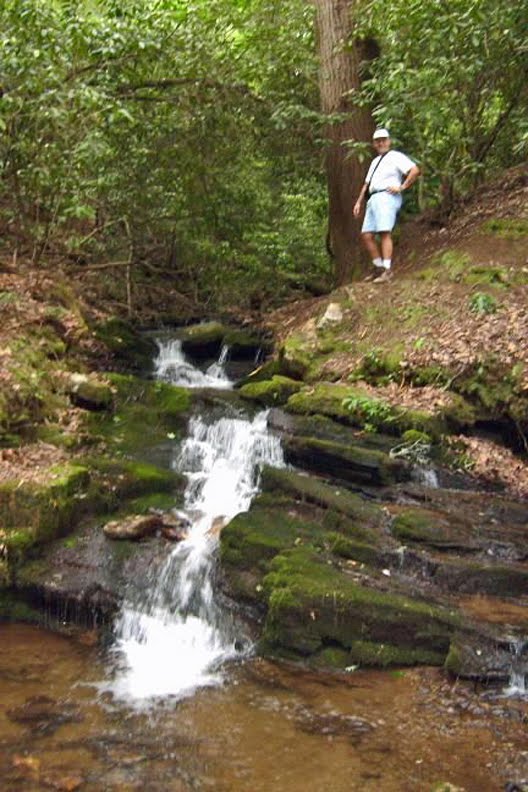 Our last waterfall near the Enota camping area is named HENSON CREEK FALLS.
Well---this was just the beginning of a wonderful trip (Charleston, Savannah, St. Simon's Island, etc.)... BUT--it was a great beginning, and we enjoyed seeing SIX new waterfalls that day.
Have a great Wednesday!!!!
Hugs,