Another Branch of My Family: the HOGE Family

This Family History search just keeps GROWING.   Today,  I'll explore a little of another side of my family,  the HOGE side.  My 2Great Grandmother was Margaret Anderson Hoge  (1825-1870).  She was married to my 2Great Grandfather,  Joshua Henderson Bruce (1825-1904).  They lived in Virginia --and are both buried in the Bruce Cemetery in Bland County, Virginia.  They had 7 children.

I have done alot of research on the Bruce side--but am just now getting started on the HOGE side.  Margaret Anderson Hoge's parents (my 3 Great Grandparent Hoges) were Daniel Hoge (1785-1857) and Nancy Ann Stafford (1783-1853).  They also lived in Virginia,  and are buried at the Hoge Cemetery in Wise, VA.  Besides Margaret Anderson,  there were 7 other children in the family.  (Another note of interest:  One of Margaret Anderson Hoge's sisters married a Bruce relative of mine,  Harvey Chesney Bruce. Her name was Susan Hoge.  Confused yet???ha) 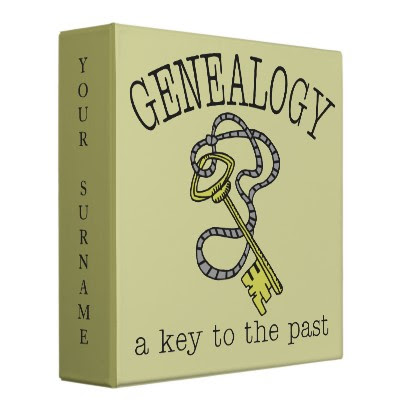 Daniel Hoge's parents  (my 4 Great Grandparent Hoges) were James Hoge (1742-1812) and Elizabeth Howe (1750-1809).  Here's a story about James. Besides James,  there were 10 other children in the family.   I read that James went in search of one of his brothers, John, and ended up near Pulaski, VA.  His new found friend in Pulaski was Major Joseph Howe, an English gentlemen.  James fell in love with Major Howe's daughter,  Elizabeth, married her in 1763 and made his home near the residence of his father-in-law.  This home is the old southwest Virginia homestead later owned by Lt. Gov. James Hoge Tyler,  a great grandson of James.   I have tried to find a picture of that old homestead --but so far, no luck. I may need to make a trip to Pulaski, VA. 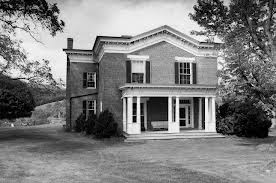 NOTE:  Added photo in October, 2012...  A long-lost cousin read my blog and sent a picture of the old homestead in Pulaski, VA.   This beautiful home is named Belle Hampton.  Thanks, Michael Gillman, for sending me this photo. 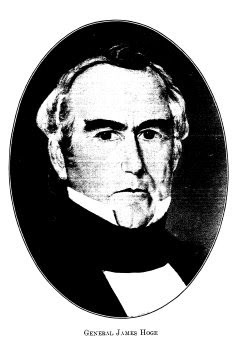 NOW--I'm going to stray off-course a little for some more interesting information.  Daniel Hoge had a brother named GEN. JAMES HOGE (1783-1861).   James married Eleanor Haven Howe,  his cousin. James Hoge was a distinguished officer in the War of 1812,  and was a Presidential candidate FIVE times. 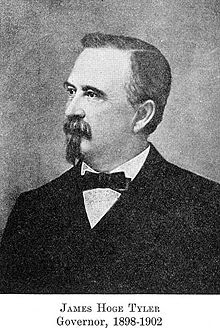 About 1862,  at the age of 16,  James enlisted in the Army of the Confederate States of America and served as a private until the end of the Civil War --RATHER than accept a commission as an officer and be separated from his friends. 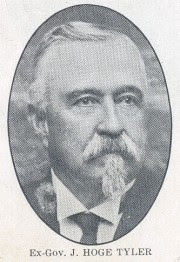 James Hoge Tyler married Sue Hammet in 1868.They had 8 children. James was a devout Presbyterian and very involved in the church.  He was a member of the Board of Trustees of Hampden-Sydney College, the Union Theological Seminary, and the Synodical Orphans Home at Lynchburg. 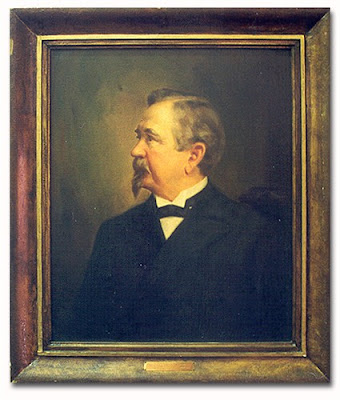 I know that these Family History blogs can be pretty boring to any of you who don't appreciate Genealogy...  BUT--you would be surprised how many times I find a long-lost cousin who has 'googled' one of these names on the internet --and my blog pops up. That's why it is important for me to do this.  I hope I hear from some of the HOGE family.

ALL PICTURES in this post came from the Internet.
Posted by Betsy Banks Adams at 4:00 AM 46 comments: