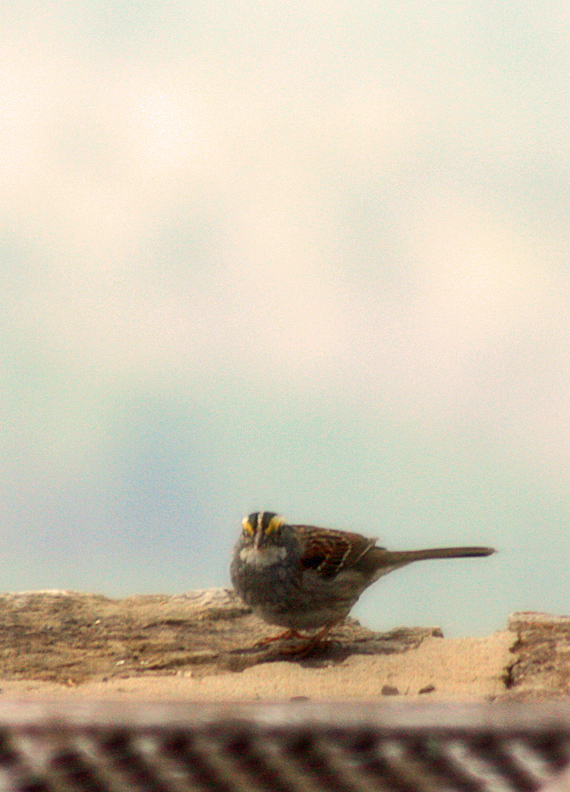 As I mentioned in this post (click HERE),   I took my birdseed with me to Arkansas (like any good birder would do, don't you think???? ha)...  Anyhow,  since we were at the cabin so much that week (due to the weather),  I had so much fun watching the birds.    I sprinkled the Black Sunflower Seed all along the rock wall on the back patio,  and even put some up on the porch for a closer view.  I had to sit inside behind a semi-clean window and a screen---so the pictures aren't the best.  BUT ---I hope you enjoy seeing some of them today.

Most of the birds were the same ones we have at home with one exception.  The bird above is a 'lifer' for me,  a WHITE -THROATED SPARROW.. Below are more!!!! 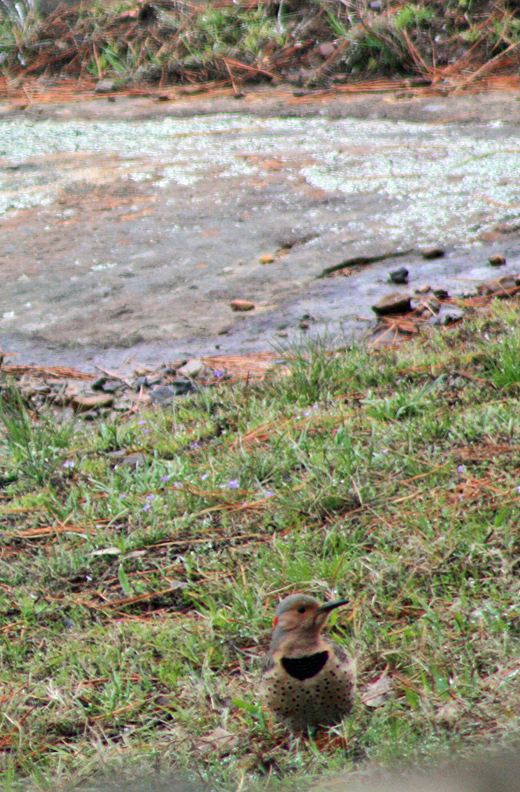 The NORTHERN FLICKERS were in the grass --and since I didn't take any suet,  they didn't come very near to the patio... This picture shows one of the FIVE which were out there. 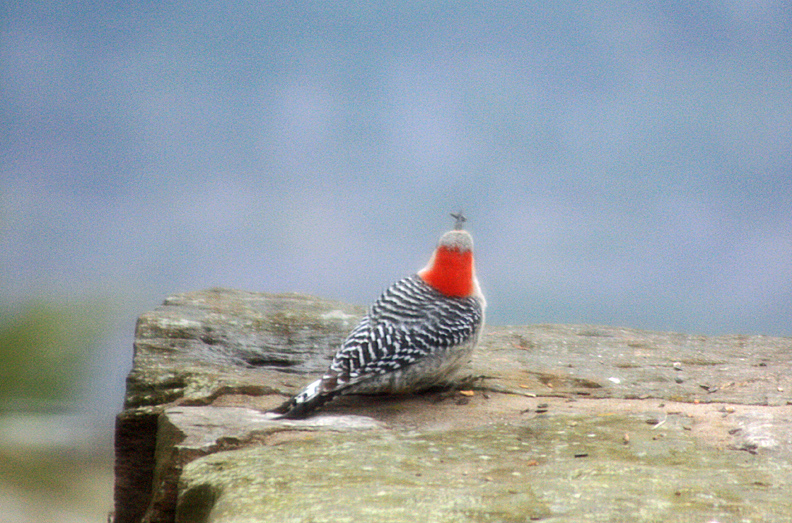 RED-BELLIED WOODPECKERS will eat sunflower seed.  SO this gal did come down to the rock wall for a bite!!!! (NOTE that she is a female since her red head doesn't go all of the way to her face.) 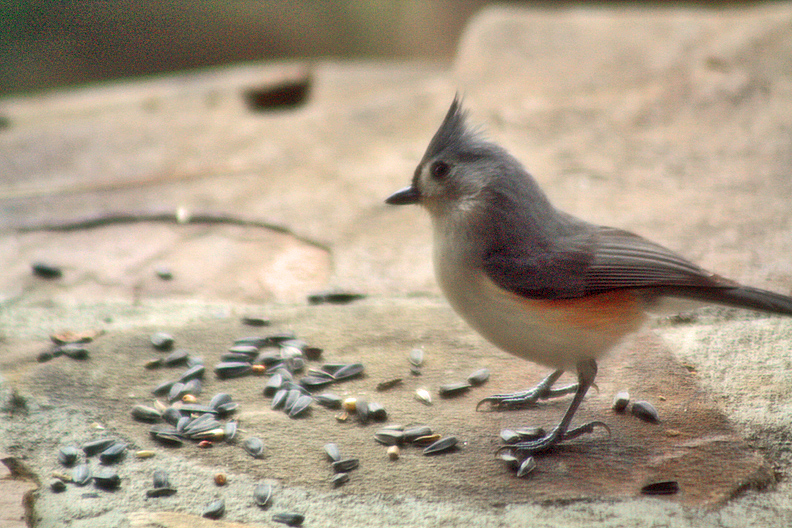 This is a cute picture of one of my favorite little active birds,  the TUFTED TITMOUSE.  There were lots and lots of them in Arkansas.  He was one of the little birds that came closer ---on the porch itself. 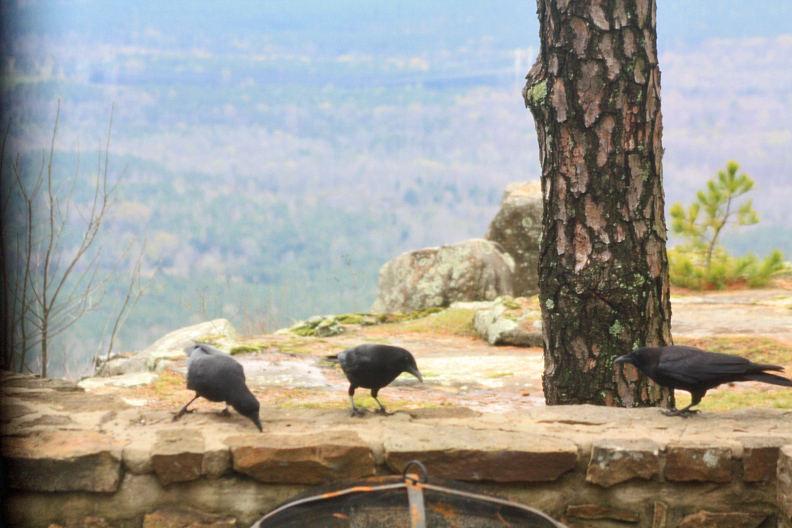 There were an abundance of CROWS on the mountain in Arkansas.  We have many of them here also--but they do not come anywhere near our feeders... BUT--in Arkansas,  they would have gobbled all of the seed if I would have let them.. I kept having to knock on the window to get them to LEAVE, so that the little birds had some food!!!!

You get a pretty good view in this picture of the valley below... 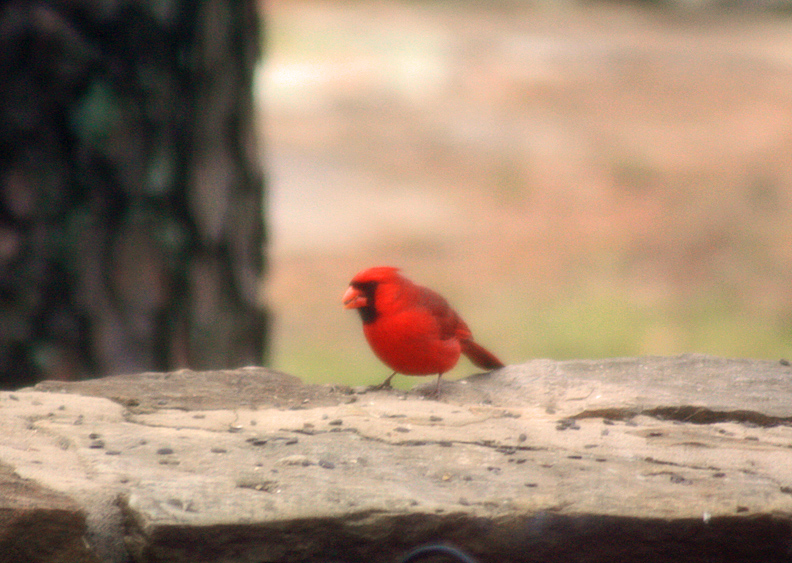 There were some gorgeous AMERICAN CARDINALS around that week also.  Here is a picture of one of the beautiful males. 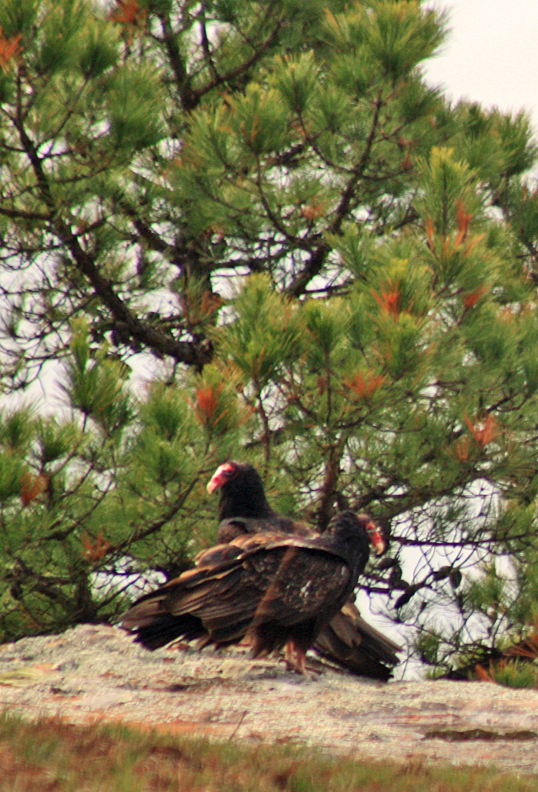 Finally,  these birds are HUGE ---and there are LOTS of them around the edge of the mountain top...  One can see them flying in their circles out over the valley.  They will land on the rocks on the side of the mountain...  Luckily,  I got the above picture of these TURKEY VULTURES  (I call them buzzards) resting on the rocks near the edge,  not too far from the cabin. I don't quite see the beauty in these birds!!!!! ha (Sorry about that!)

Hope you enjoyed seeing some of the birds we saw while in Arkansas.  I have one more post which I will do sometime in the future...

Have a blessed day --and remember to FEED the birds!!!!
Hugs,