After leaving Seven Falls and Helen Hunt Falls (see THIS post),   George and I drove to check out the ROYAL GORGE.    I encourage you to check out this site (click HERE) for some interesting information about Royal Gorge!!!!  This is one very NEAT place!!!  Be sure to click on the photos for enlargements. 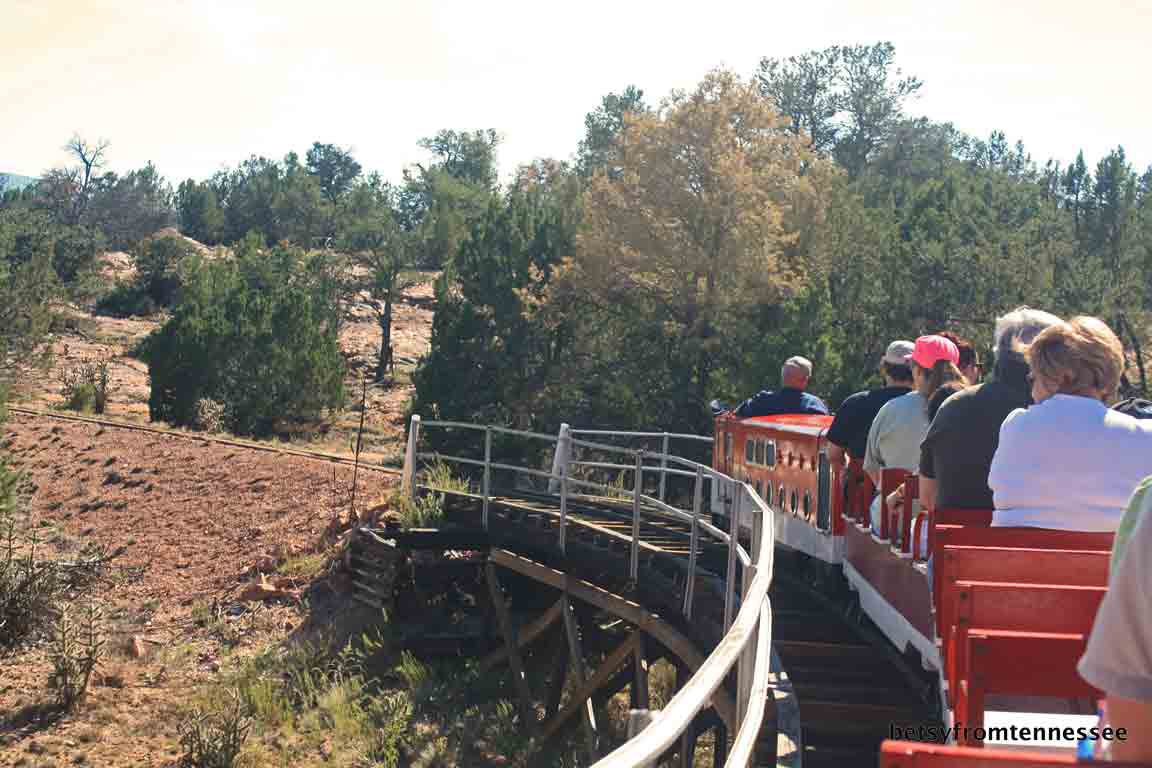 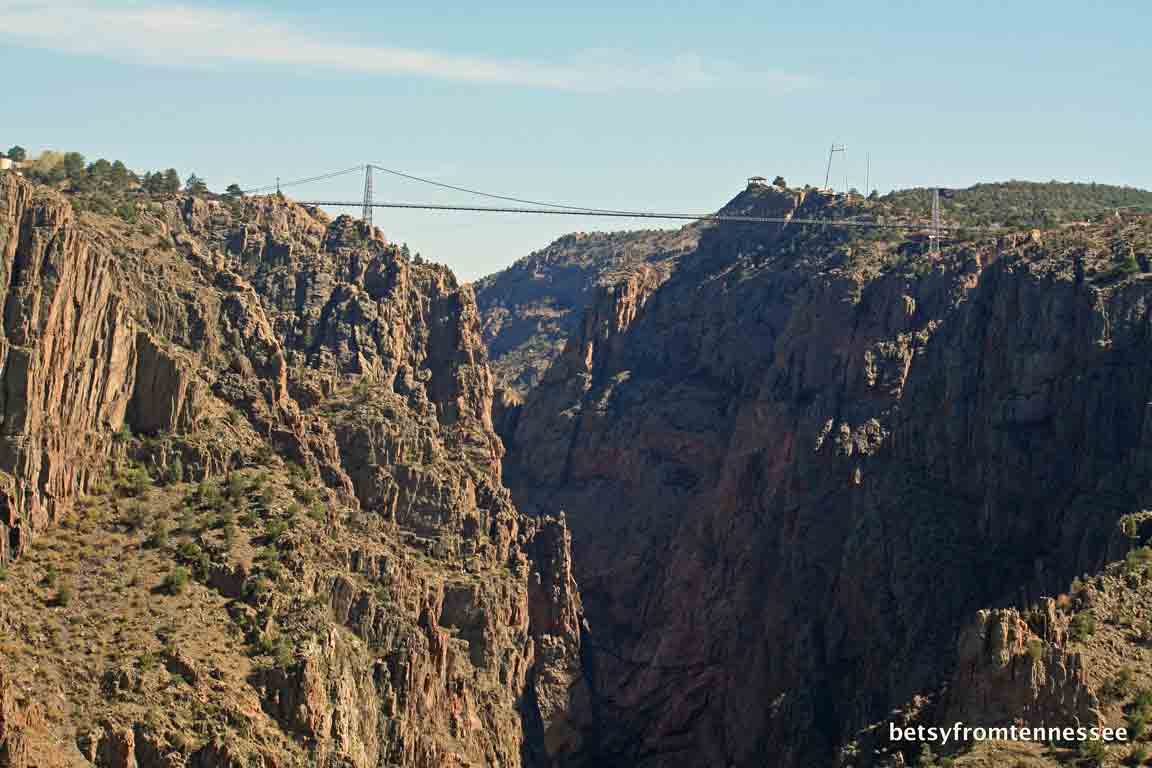 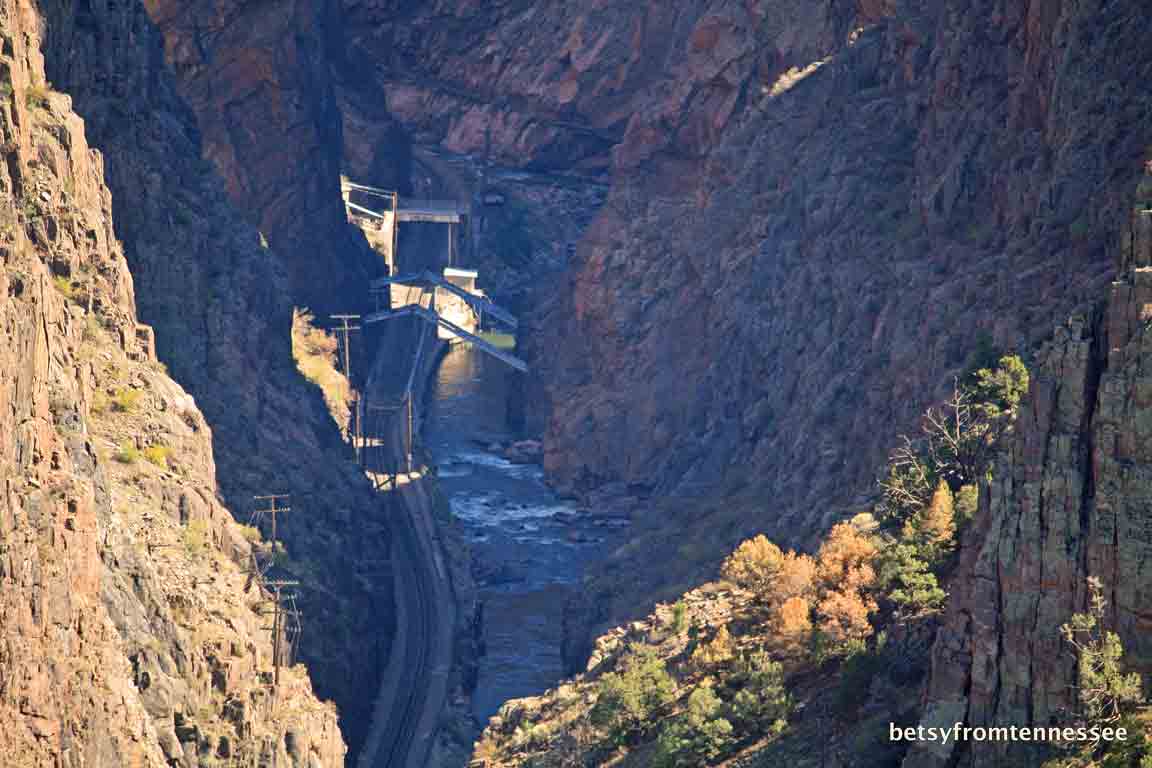 The little train stopped at an overlook for us to see the canyon and take pictures... Here is a picture of the canyon floor...  I took it with my long lens.  You can see the train tracks running through the canyon...  AND--for your information,  we were down on the canyon floor not long after taking this picture!!!! 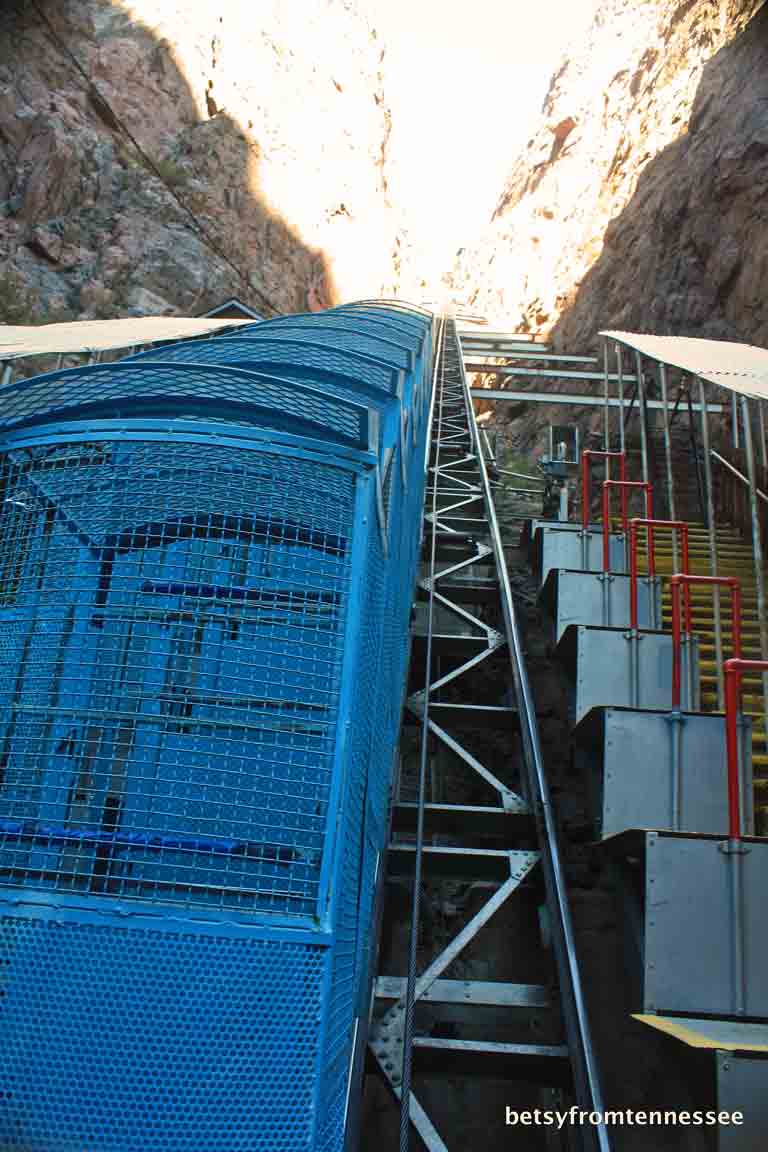 Since we got to the park late in the afternoon,   we didn't have to pay that much to get in... AND--we saw the two things we went to see,  the Incline Railway and the Aerial Tramway... SO--everything turned out great for us that day!

First,  we took the little caged railway down into the canyon.  The Incline Railway was built in 1930/31 and is one of the world's STEEPEST railways.  It was amazing going down in that canyon almost 1000 feet. 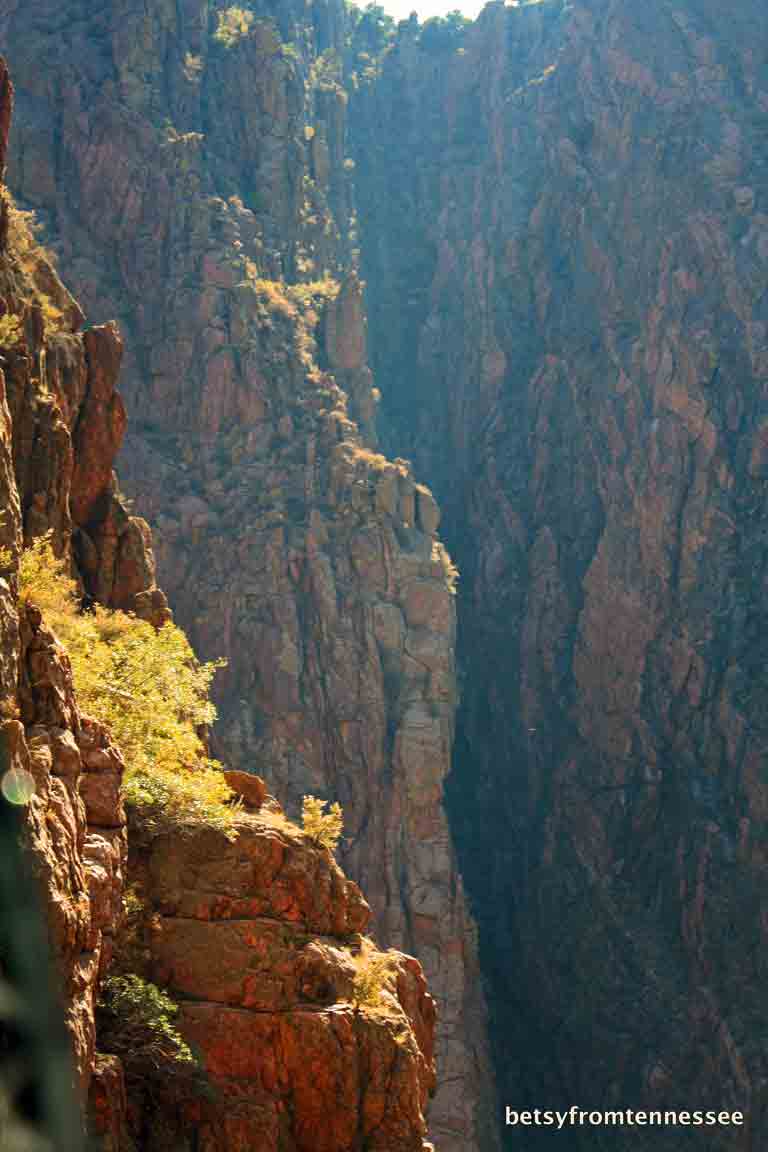 Here is a view of the canyon as we descended to the bottom. 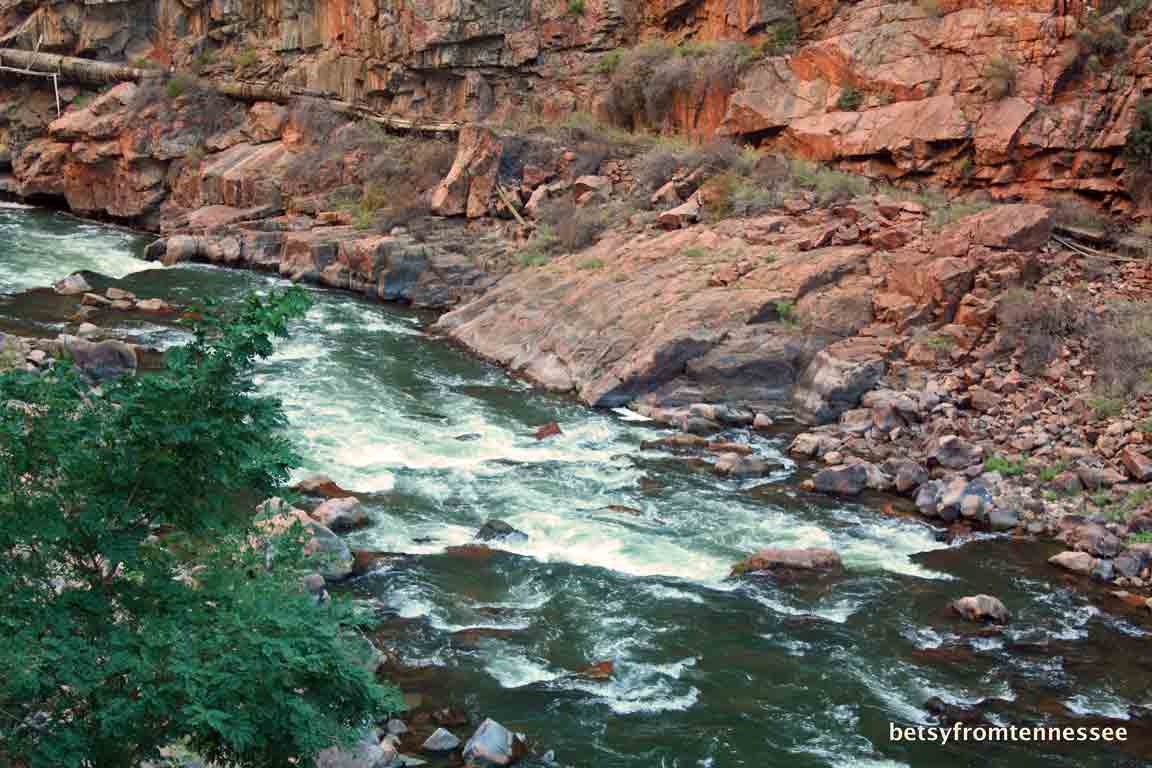 Once we got to the bottom,   we enjoyed seeing the Arkansas River, up close and personal.   We saw some kayakers in that river --when we were at the overlook while riding the little train. 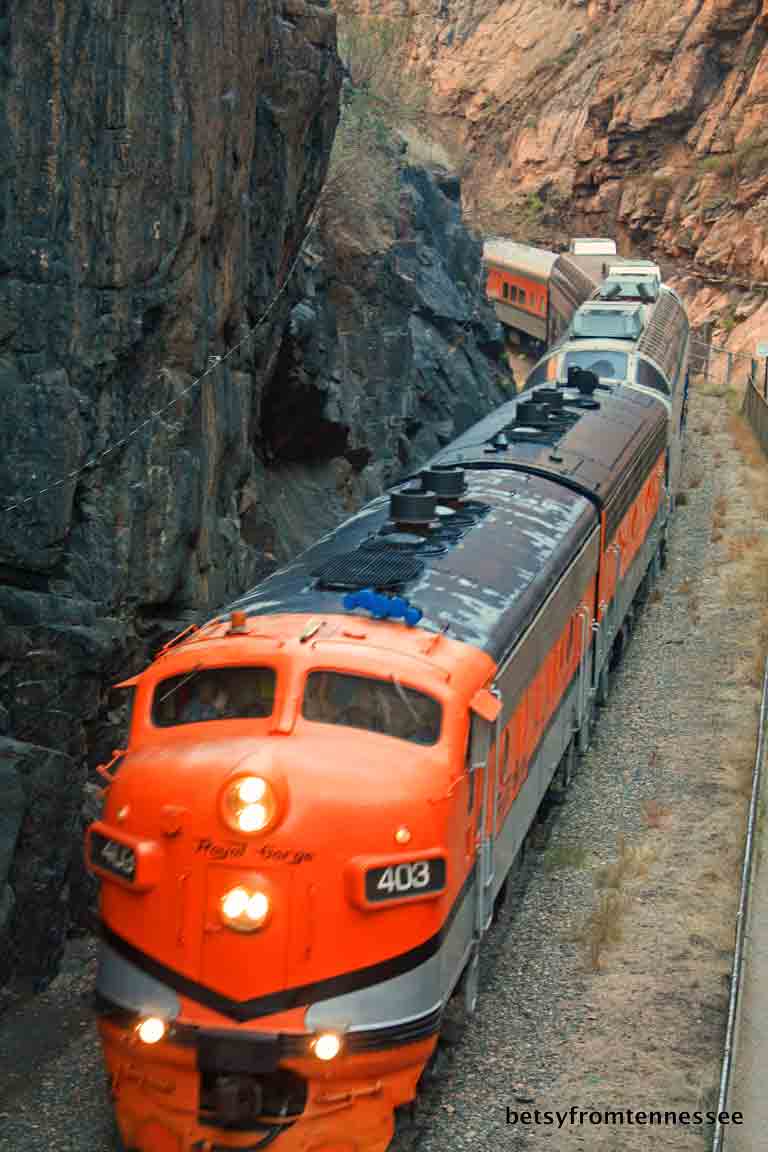 AND---we got lucky since a 'real' train (one MUCH larger than the one we rode--ha ha) came through the gorge while we were down at the bottom...  Can you imagine hearing the train whistle down in that gorge????   NOTE to BETSY:  Add this train to your list of things you want to do sometime!!!!   I'd love to take that train ride through the gorge.  Wouldn't you??? 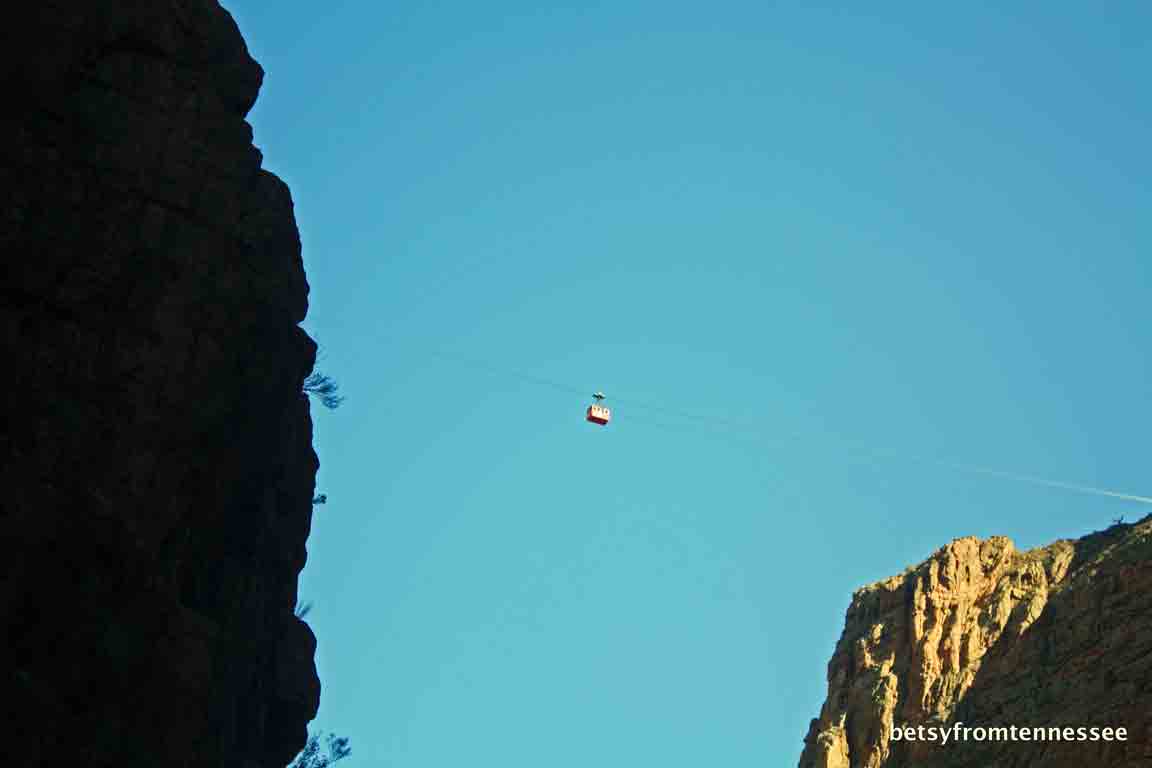 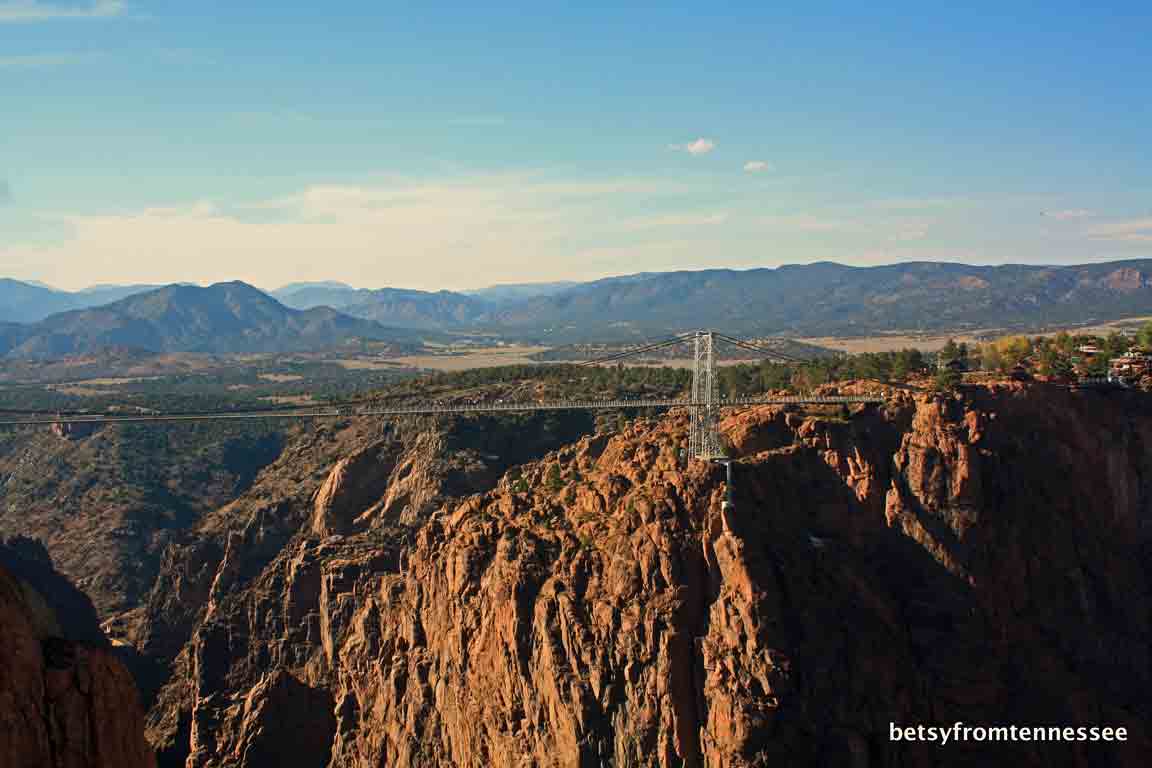 Now we are on the Aerial Tram ---and I took this picture of the Royal Gorge Bridge from the tram.  Amazing,  isn't it???? 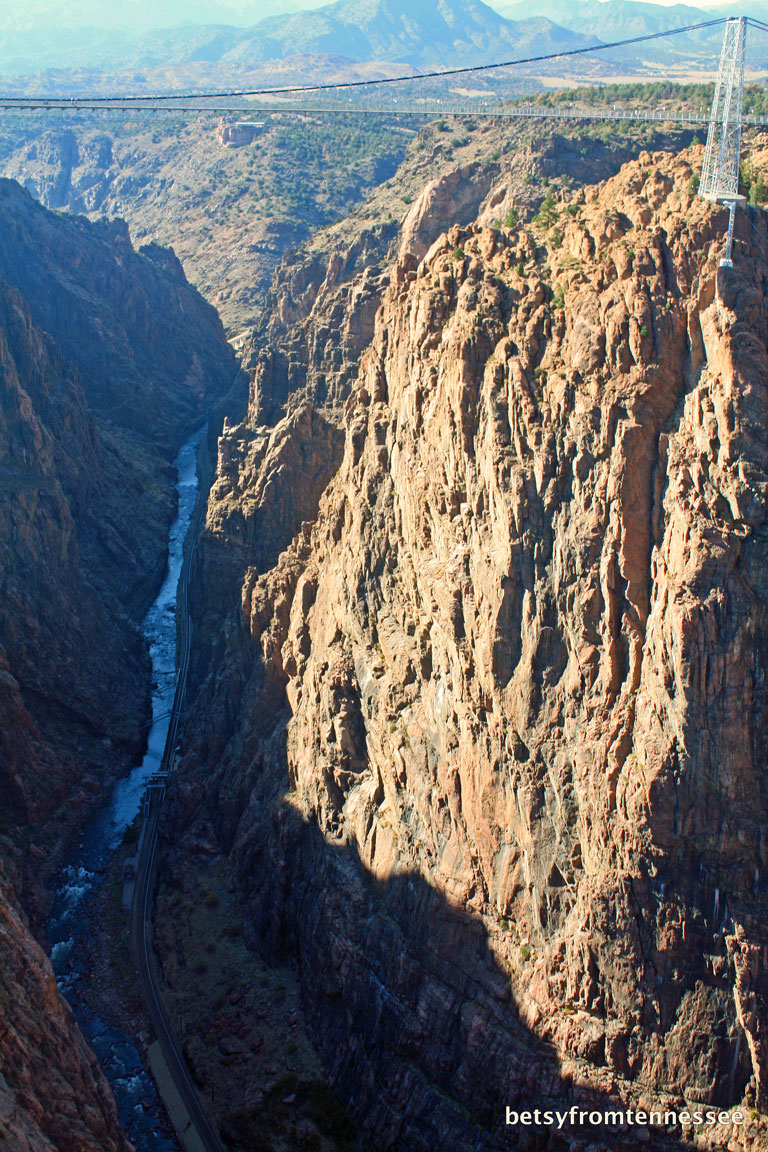 Finally,  here is one more photo from our experience at the Royal Gorge.   This picture was taken from the tram  and shows the bottom of the canyon from WAY up there... I am looking west --and you can get a good picture of the Arkansas River from up there...

Hope you enjoyed seeing our photos from the Royal Gorge.  Like most everywhere else we go,  we highly recommend this area if you are ever in Colorado.   SO---after a long and busy day (Air Force Academy Chapel,  Seven Falls,  Helen Hunt Falls, and the Royal Gorge),  we hobbled back to the motel for a good night's sleep!!!