Blog friend SANDRA told me about a death she read about at a waterfall in North Carolina. I found out that it was a waterfall which George and I visited in August of 2006. This death was a 28-year old woman from Asheville, NC. She was wading at the top of Rainbow Falls (pictured above) and slipped.... The article said that 13 people have died in that region of NC since 2001, and there have been 4 deaths in 15 years at Rainbow Falls alone.

When I was reading about this death, I heard about another death at another waterfall which we also have visited. On May 29, a man died at Elk River Falls near Banner Elk, NC. People always scare us when we are checking out waterfalls. George and I are VERY careful and never hike or wade around the top of a waterfall --unless we are FAR away from the edge. People are so careless --and we see people taking chances everywhere we go..

Since Sandra mentioned Rainbow Falls (not the Smoky Mountains one in TN--but the one in NC), I decided to go back in the archives and show you some pictures of this area and the waterfalls we saw in 2006. Above is a picture of RAINBOW FALLS (which is 150 feet high). Below are more! 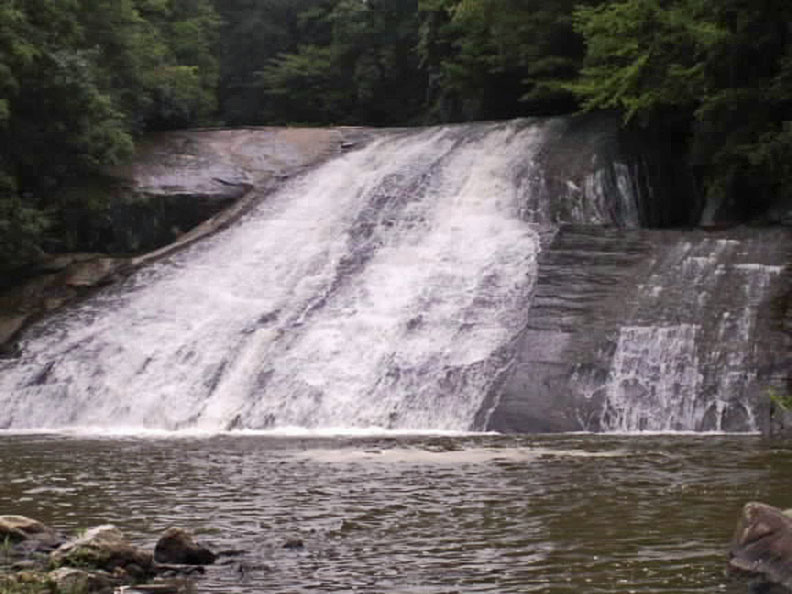 We took an EIGHT mile hike in 2006 to see four beautiful waterfalls on the Horsepasture River, south of Sapphire, NC. Rainbow Falls was one of the four. The one above is DRIFT FALLS. Some people call it "Bustyourbutt" Falls--since people slide down that waterfall!!! That is a very appropriate name, don't you think??? 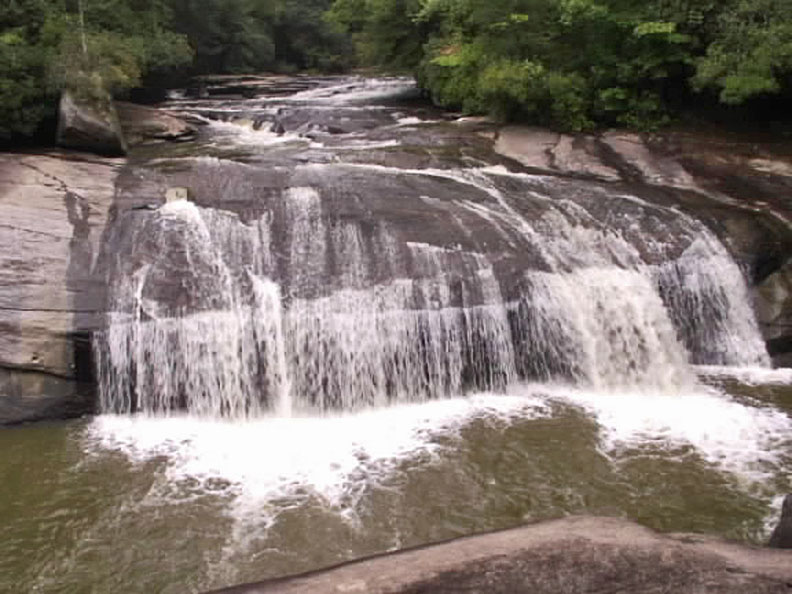 This one was neat and is named TURTLEBACK FALLS. It was one of my favorites I think that day. 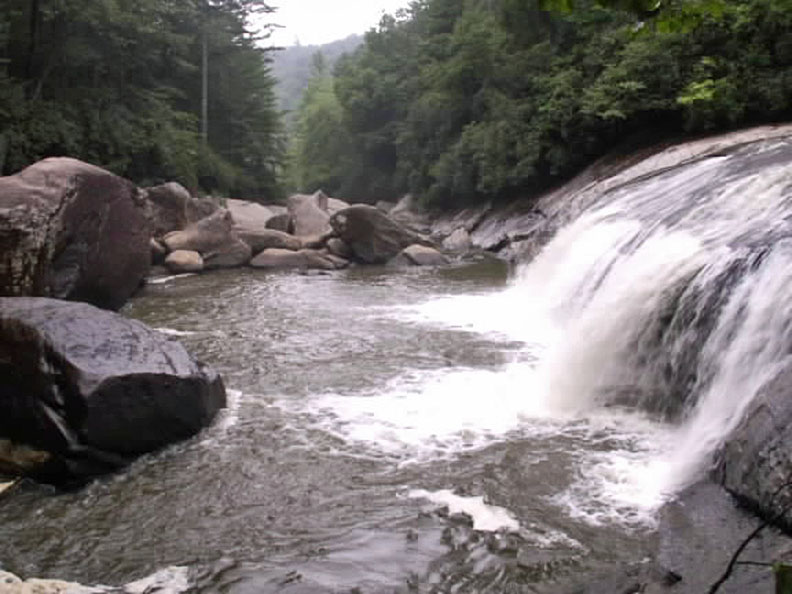 Here's another view of TURTLEBACK FALLS from the side... Isn't it pretty? 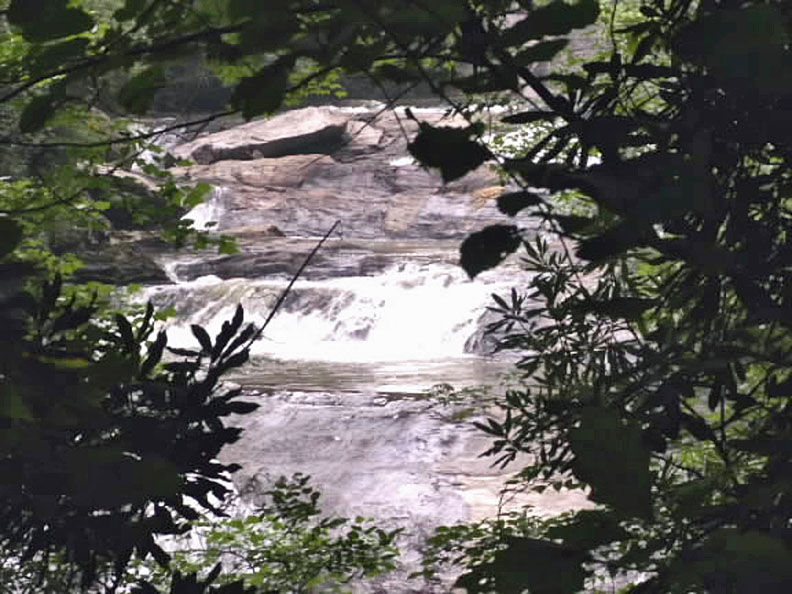 This was the last one (of the four) --and I would not recommend this one since the hike was long and hard --and we couldn't get a good view of it. Its name is STAIRWAY FALLS. 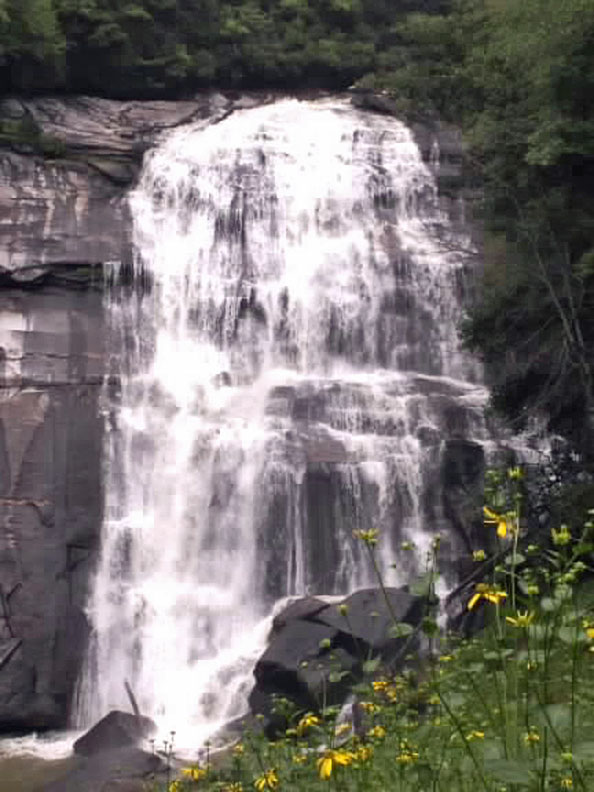 Here's one more view of RAINBOW FALLS. The trail doesn't even lead to the top of this waterfall, or anywhere near it. I don't understand why anyone would be crawling around the top.... GADS!!!!! 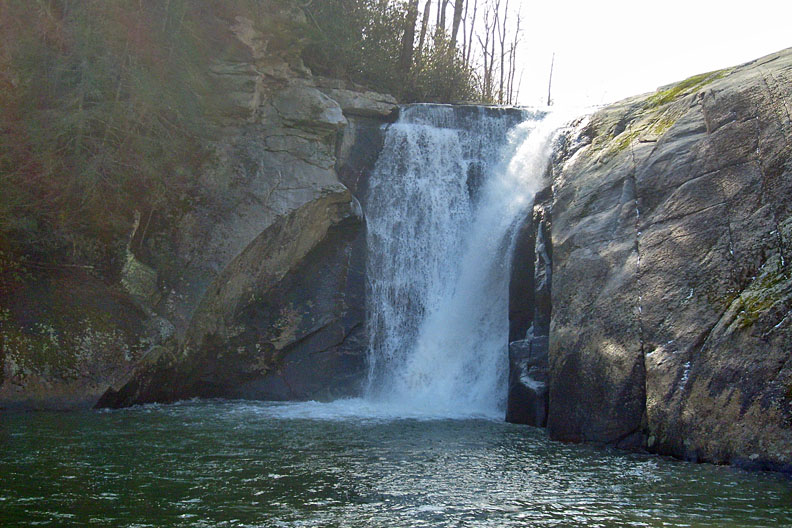 This waterfall is not near the other four, but since there was a death here in May, I included this one. This is ELK RIVER FALLS (50 feet tall) --and it is near Banner Elk and Boone, NC. We visited this waterfall in February of 2008. Again, why would anyone be climbing around the top of that waterfall???????? Apparently--from what we read and see, people are stupid!!!!! George and I try to be very very careful!!! BUT--we are there to take pictures, not to swim near or play in the water!

Hope you have a fabulous Tuesday!!!! I have started walking this week. So far, it's slow, and only back and forth around my yard --but it's a beginning. My knee still hurts, so I either need to learn to walk with the pain --or continue to sit (which I refuse to do). There may be a knee replacement in my future--but for now, I'm doing much better than I was!!!!!!


Bless you ALL.
Hugs,