Welcome to JOYFUL REFLECTIONS. Also welcome to OCTOBER. My header photo this month shows a beautiful Autumn picture from the Smokies. Have a great month ahead. 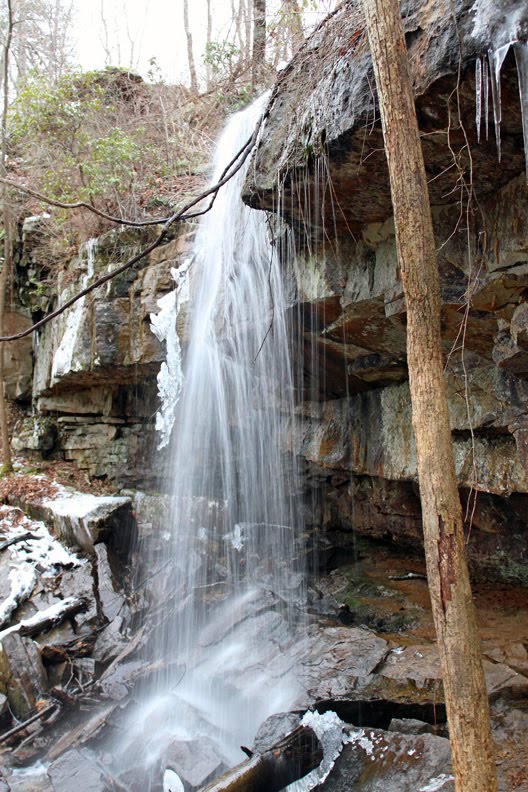 Most of you know that George and I 'collect' waterfalls ---pictures, that is!!! ha..  We have seen over 435 different waterfalls since 2001, many of them several times.  Picking out favorite ones is always hard,  but I chose 11 favorite waterfalls which we saw in 2010. I will show you 9 of them today.  Above is a picture of LODGE FALLS--found at DeSoto State Park,  Alabama.  We had seen this waterfall before,  but this is the first time we have seen it with ICE all around.  George surprised me with a Valentine's trip to DeSoto that week.  The picture was taken on 2/14/10. 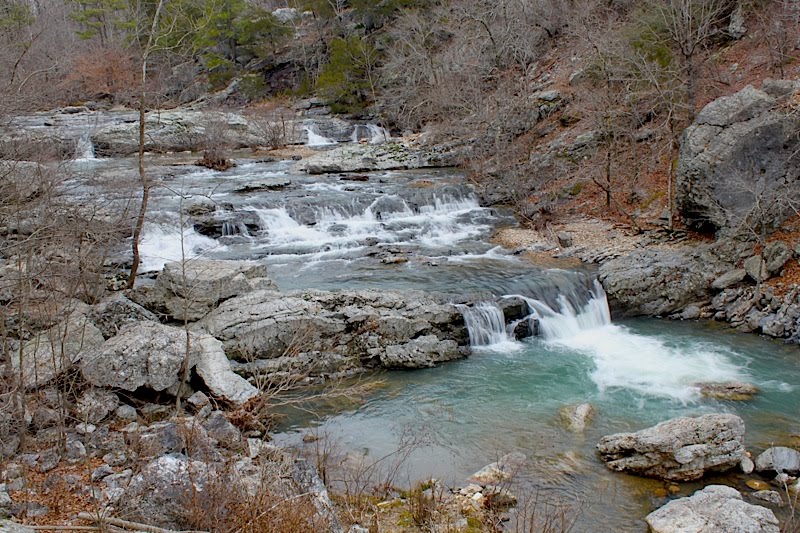 We drove WAY back into the woods, and then went on a beautiful hike in the Ouachita Mountains in Arkansas to see this beautiful waterfall.   This one is named the LITTLE MISSOURI FALLS.  This picture was taken on 2/22/10. 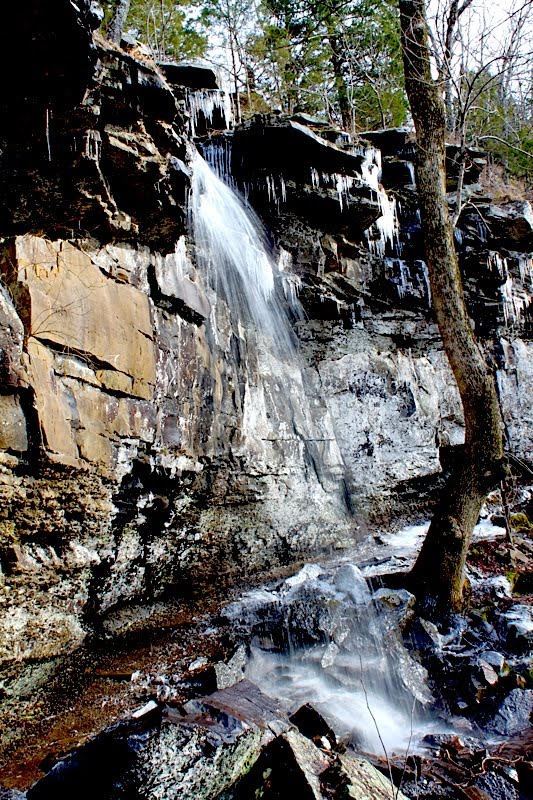 This is the MT. NEBO WATERFALL in Arkansas.   As you probably know if you have followed my blog for awhile,  George and I go to Mt. Nebo State Park at least once a year.  We stay in a cute little cabin with a view of the valley below while we are there.  Mt. Nebo is one of our favorite places.  This waterfall also looks different each time we see it.  This picture was taken on 2/23/10. 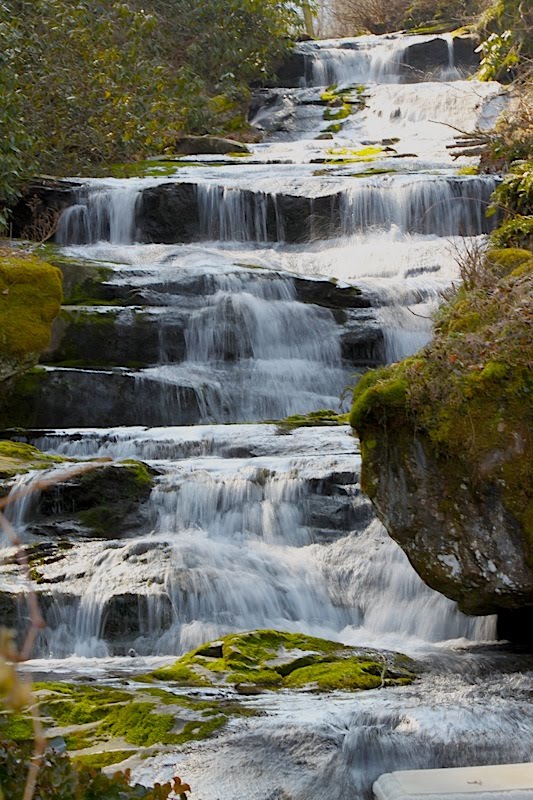 Another of our favorite places is SERENITY FALLS (near Cosby, TN)... We stay in a cabin right beside the waterfall --and enjoy its beauty 'up close and personal'.  I took George to Serenity Falls for his birthday this past year.  The picture was taken on 3/9/10. 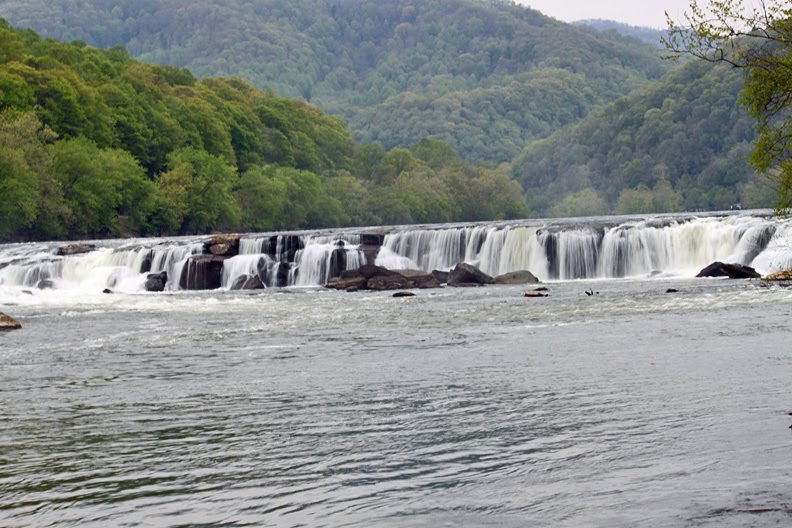 In April,  we took a little trip to West Virginia to check out some new waterfalls there.  We saw many pretty ones --but I chose my favorite one to feature today.  This  1500 feet wide waterfall (you can only see part of it in this picture) is named SANDSTONE FALLS.  This picture was taken on 4/23/10.  (There are two other West Virginia waterfalls which I had chosen as favorites.  One is Campbell Falls and one is Brush Creek Falls.  IF you want to see pictures of these two falls,  click HERE. ) 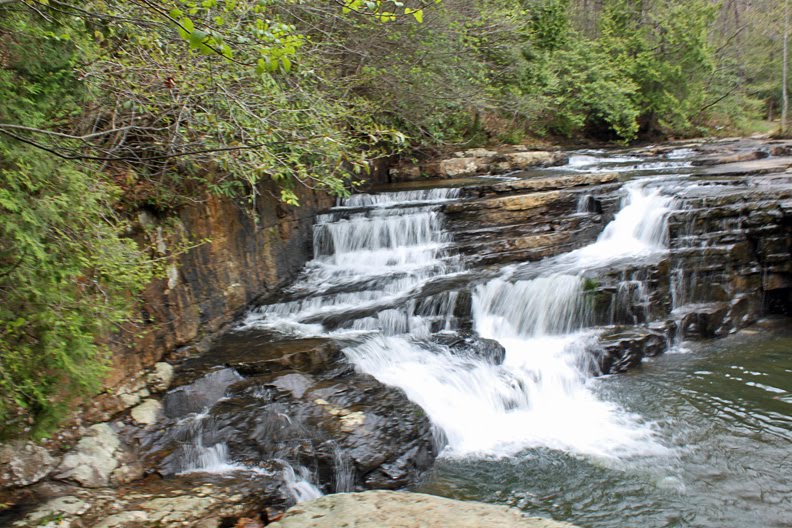 This waterfall is found near Bland, Virginia (where many of my Bruce relatives used to live).  Its name is the FALLS of DISMAL,  and the picture was taken on 4/24/10. 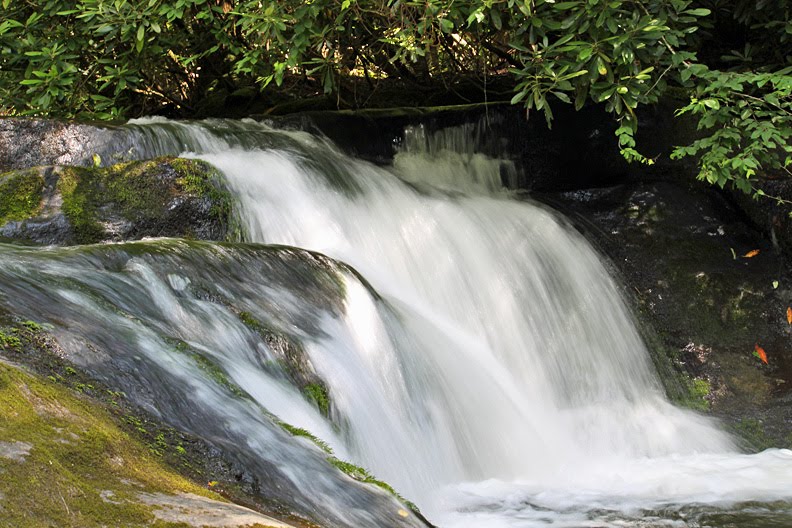 After my knee surgery in June,  George took me on a little outing to Tellico Plains, TN.  We saw some of our favorite waterfalls in that area (Bald River and Baby Falls).  BUT--we also drove back in the mountains and found a new waterfall for us.  This one is named NORTH RIVER FALLS..   Isn't it pretty?  This picture was taken on 6/18/10. In September,  we took a trip to the Cumberland Gap area of TN/VA/KY.  During that trip,  we stopped by to see CUMBERLAND FALLS... And--as you can see,  God smiled down on us that morning,  giving us a beautiful rainbow to enjoy in addition to the waterfall.  This picture was taken on 9/25/10. 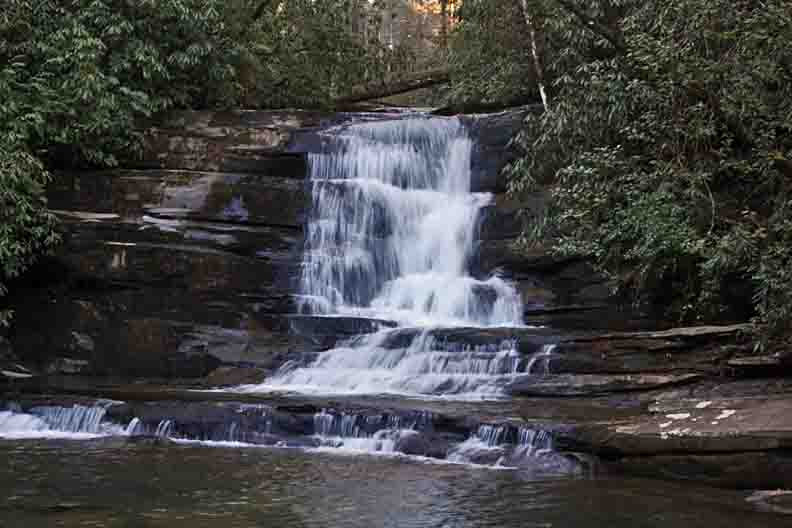 Finally,   on our way to Ocean Isle Beach in December,  we stopped near Tiger, GA to see  STONEWALL FALLS.  We had to drive back into the mountains for awhile and then hike to this pretty little waterfall..  The setting was beautiful --and I could have stayed there forever.  However,  the beach was also calling my name!!!! ha... This picture was taken on 12/19/10.

Hope you enjoyed seeing some of my 2010 favorite Waterfalls.  As you can tell,  waterfalls don't have to be huge.  In fact,  some of my fav's are the smaller ones in great settings --where we can enjoy them from up close.

Well--the good news is that the SUN CAME OUT at home yesterday.... Hooray!!!

Have a wonderful weekend.  I will see you on Monday.
Hugs,