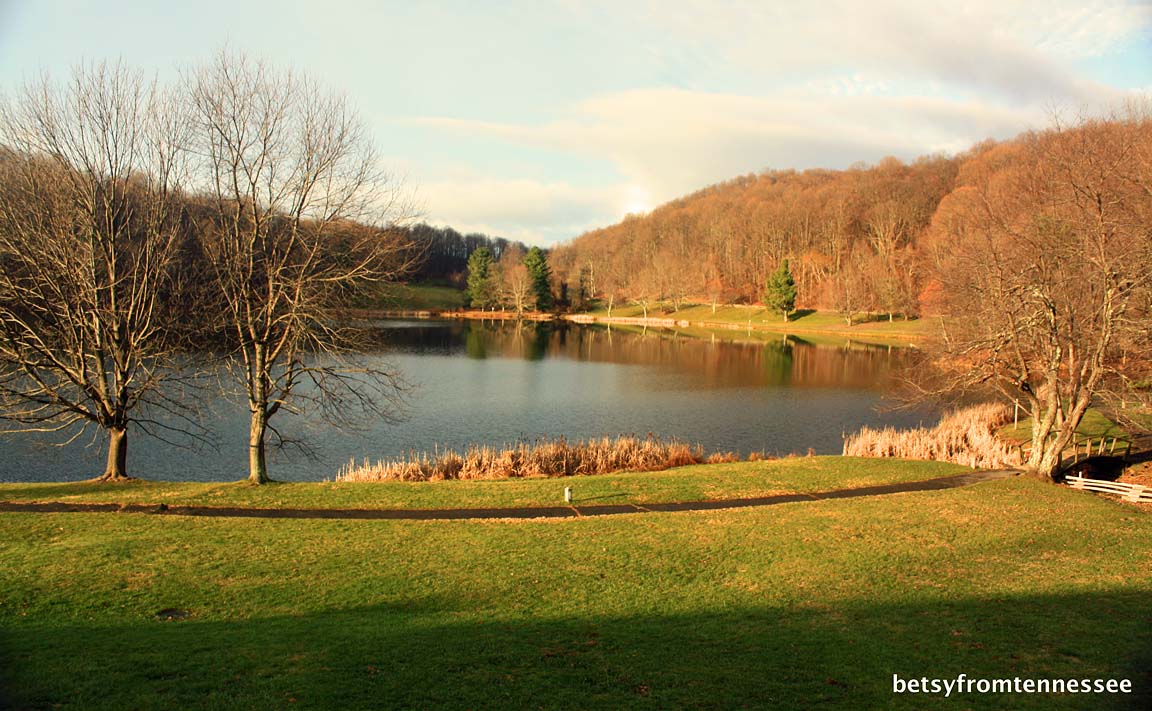 As we continued our drive up the Blue Ridge Parkway,  we finally got to our destination,  the Peaks of Otter... We had stopped so much during the drive that we didn't get to the Peaks of Otter until WAY after dark....

We got to the Peaks just in time for some dinner in their restaurant and then to our room to get some sleep... I think we went to bed about 9 p.m.  that night.  We were 'tarred'... ha ha

Here are some pictures around the Peaks of Otter which we took that next morning.  The picture above shows the lake and surrounding area.  Pretty,  isn't it??? 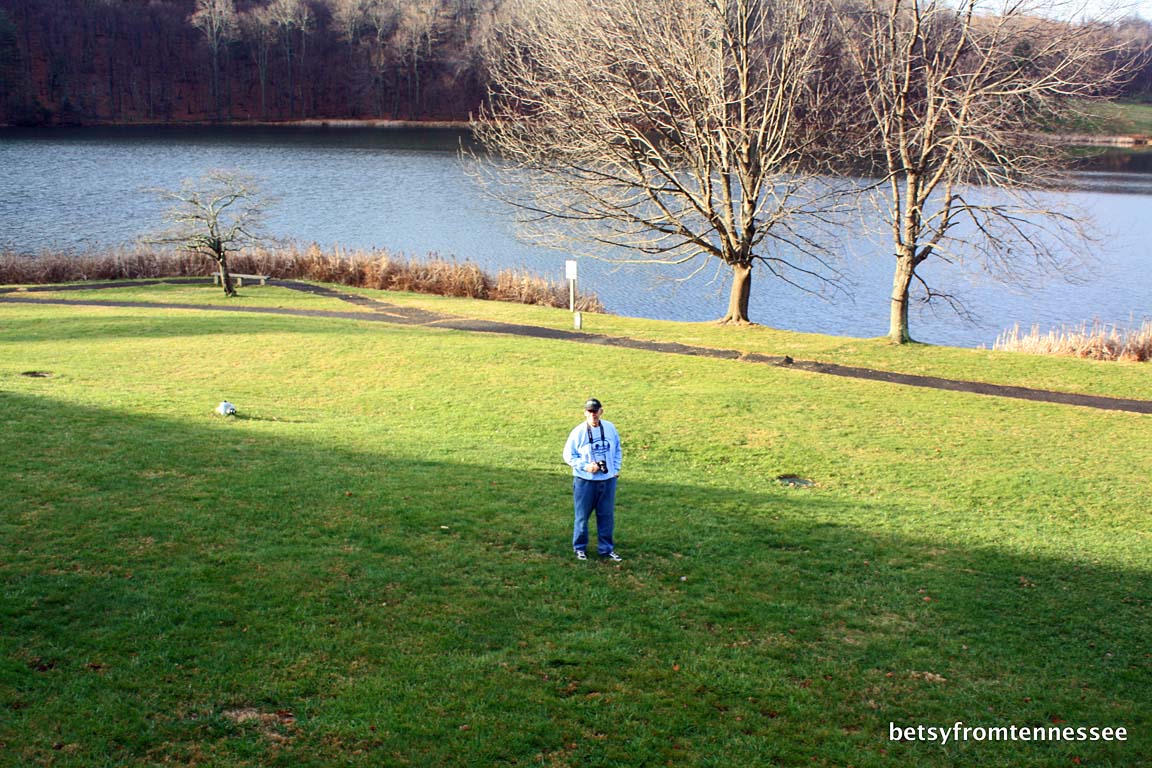 George wandered outside to get more photos... The grounds here and facilities are SO nice and so peaceful. 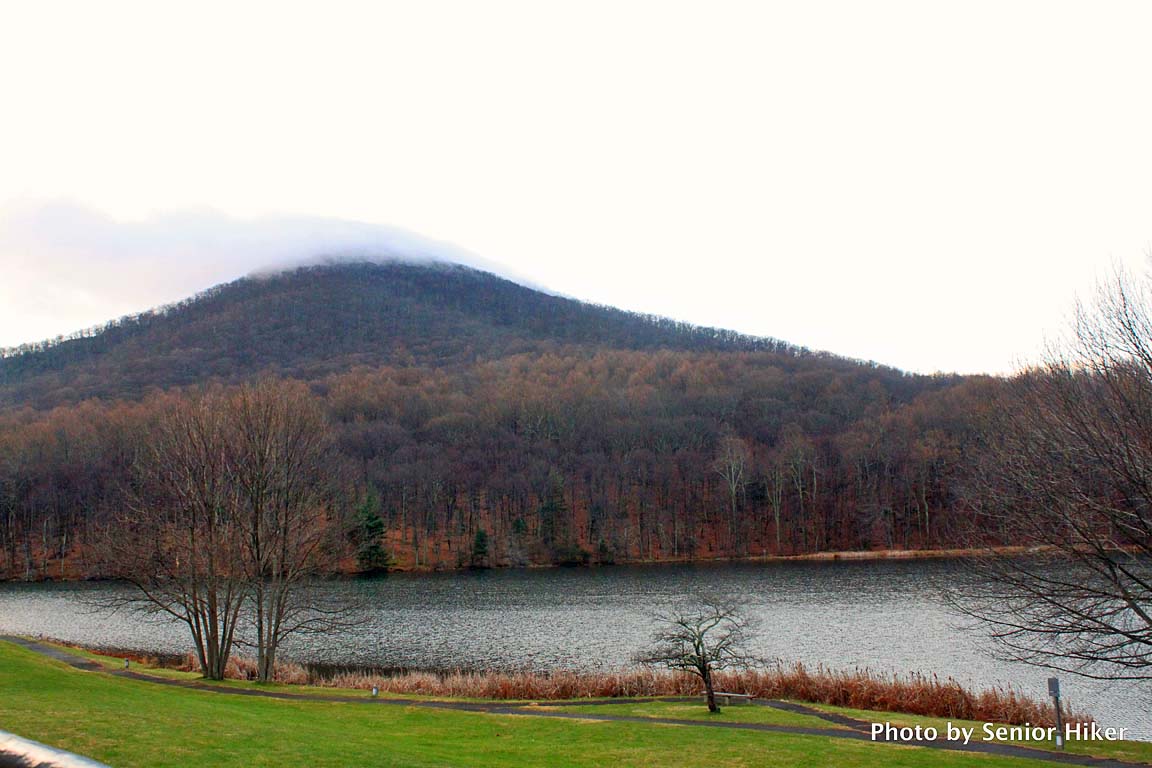 You can see the fog on top of Sharp Top Mountain (one of three PEAKS here).  The last time we were here (Summer of 2010),  we took a bus part of the way UP that mountain --and hiked the rest of the way up to the top... I remember that hike well --since I had had knee surgery in June that year!!!!! 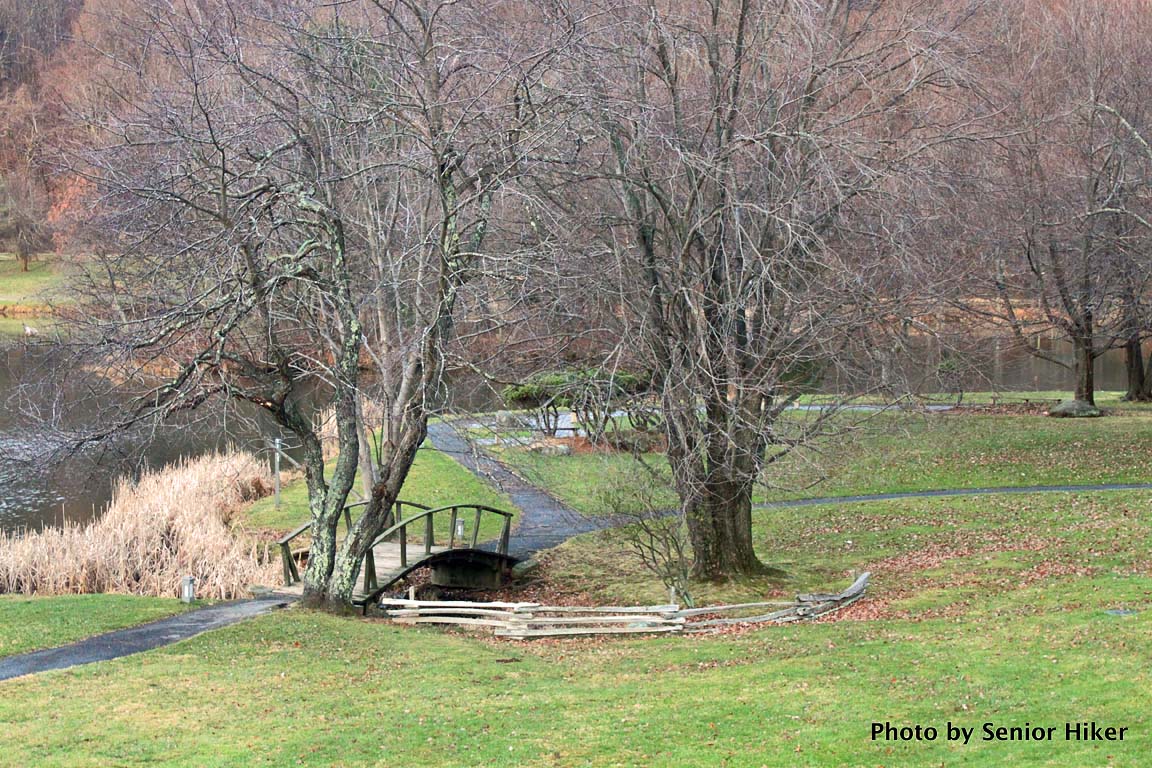 As I said,  the property maintenance/facilities here are so nice... I just feel a peace when I'm here.  Our room looked out toward the lake ---and we had a balcony where we could sit and enjoy the area... Isn't that little bridge pretty? 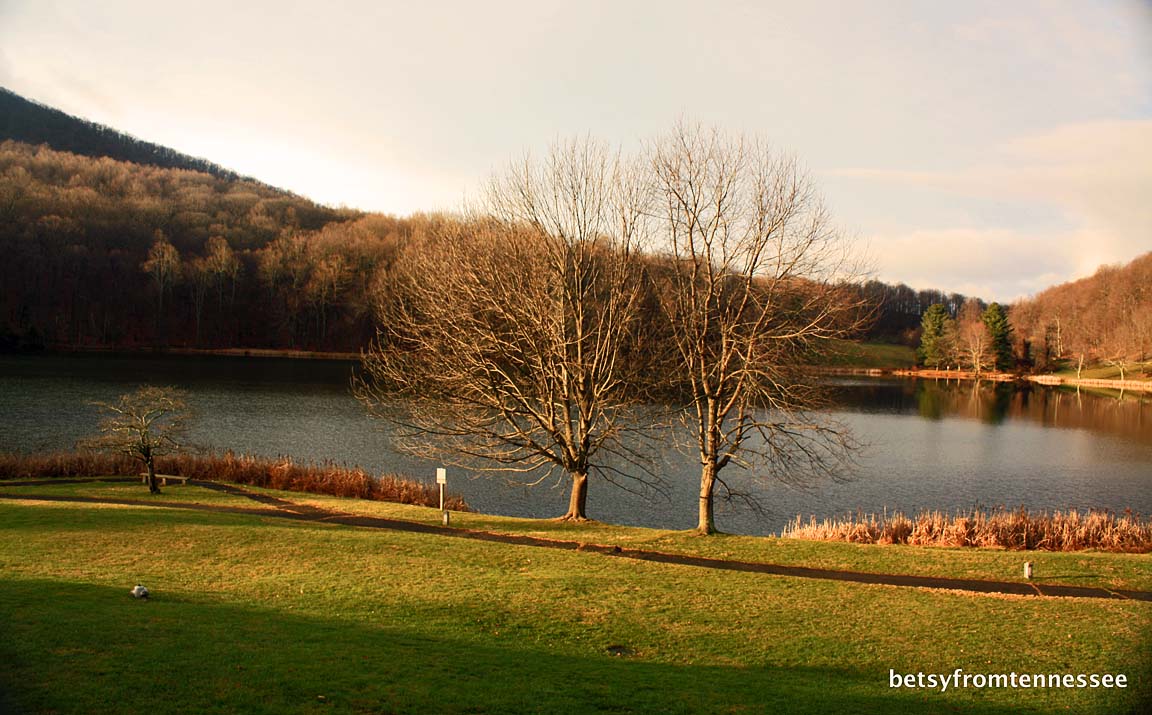 Here is another view of the sun shining on the lake.

I have one more set of photos from the Peaks of Otter to show you --and will do that next week...  Have a great weekend and I will see you on Monday.