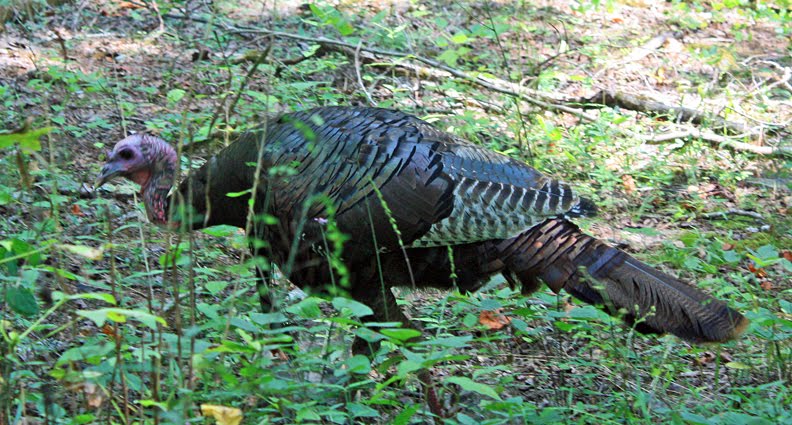 Many people go to Cades Cove JUST to see the wildlife... Wild turkeys are common in the Cove and many visitors are lucky enough to see them, like us!!!! Other wildlife which can be seen at times are: skunks, squirrels, rabbits, chipmunks, copperheads, timber rattlesnakes, woodchucks, river otters, coyotes, and less frequently-- gray foxes, red foxes, raccoons, or bobcats.
Besides deer, people come to Cades Cove to see the black bears. Since we didn't see any on this trip, I don't have any pictures today... BUT--- we have seen them in the Cove.. IF you drive the Loop Road very early in the morning or late afternoon (dusk), you will definitely see more deer and bears. We just happened to be there in the middle of the day this time. 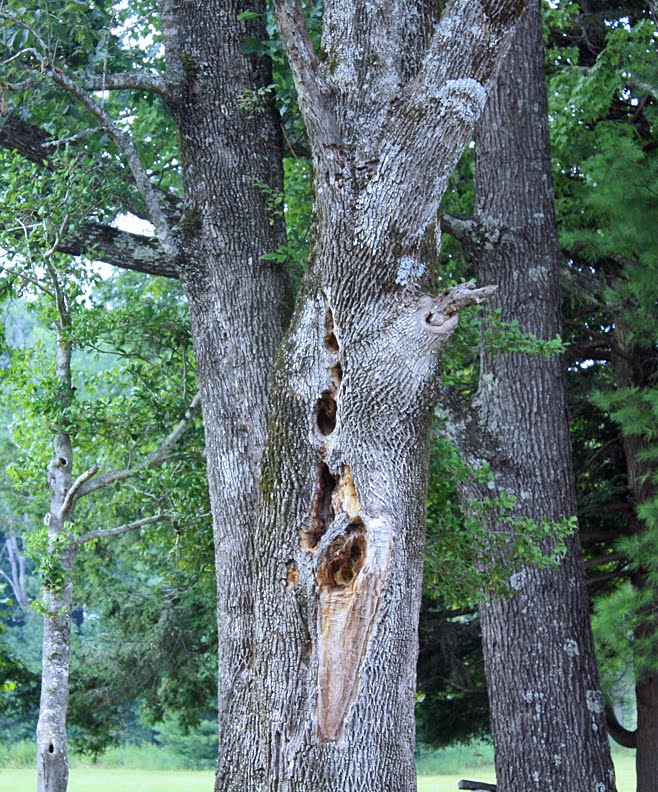 There are many birds in the park and the Cove as you can imagine. Obviously, the Woodpeckers have enjoyed this tree!!!! 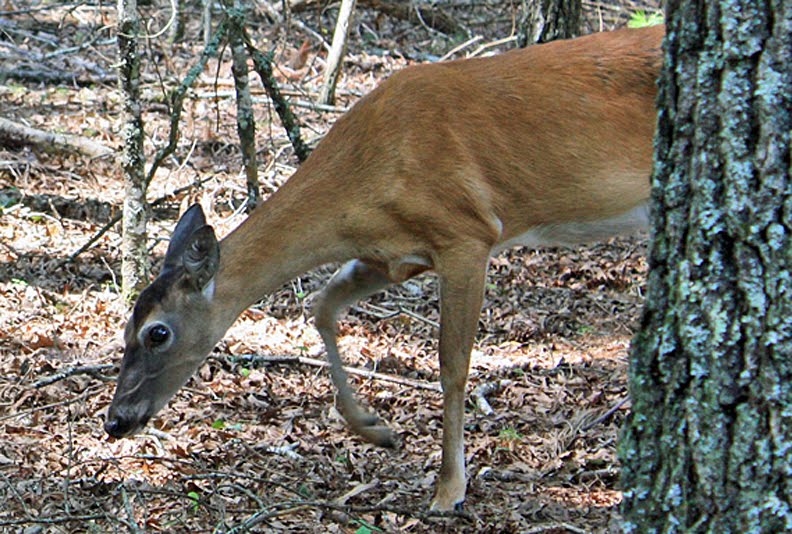 Before the park service took over the Cove, there weren't many deer left in the Cove. But--after hunting was banned, the population grew and grew. If you go to Cades Cove and drive around the loop road, you will probably see some deer most anytime of the day. A virus killed almost 80% of the deer population in the 1970's , but the deer population came back quickly. This one had his eye on ME!!!! ha 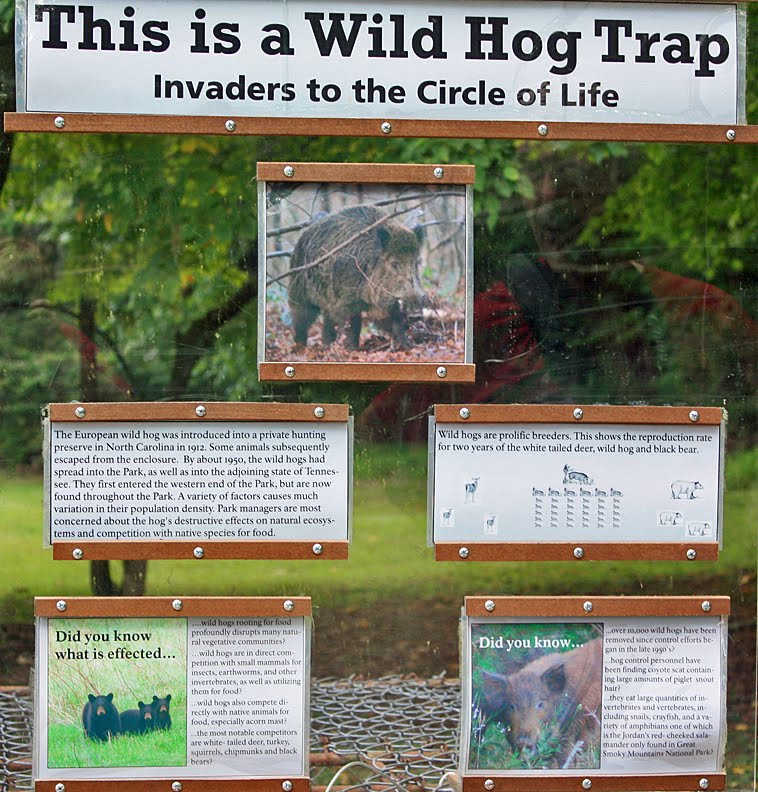 Like every mountainous area, there are also predators. Red wolves were introduced into the Cove in the 1990's--but they didn't do well. They were later located somewhere else. The black bears kill fawns and even adult deer, IF they can catch them.
Then there are the wild hogs/boar. You can see from the pictures above and below --that they are trying to capture some of the wild boar and get them out of the park. These predators came to America from Europe to a game preserve in Graham County, NC --which is south of the park, in 1912. They found their way into the park about 1950. They have expanded their territory to nearly every section of the park. 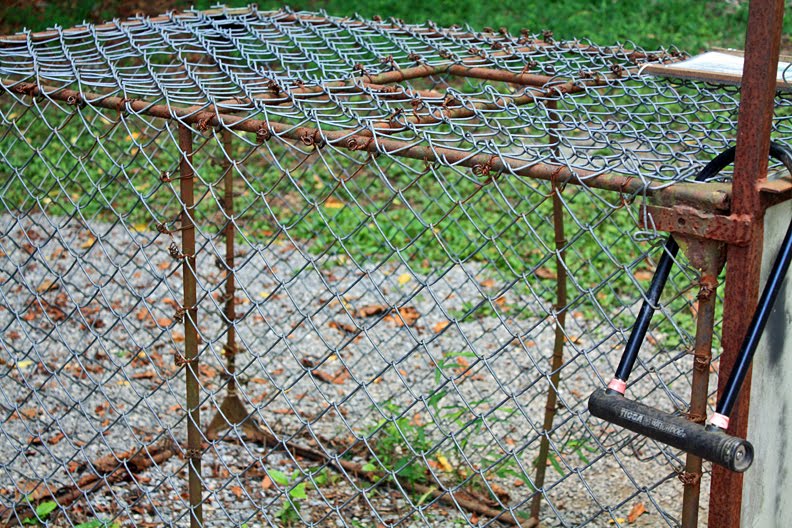 This is the trap used to capture the Wild Hogs. They root up large areas in search of food, and they damage small high-country streams by wallowing in them. They compete with native animals for sometimes-scarce food. Because of these destructive habits and because the hogs are non-native, the Park Service has been trying to hold their numbers as low as possible. Their damage has been lessened in recent years. 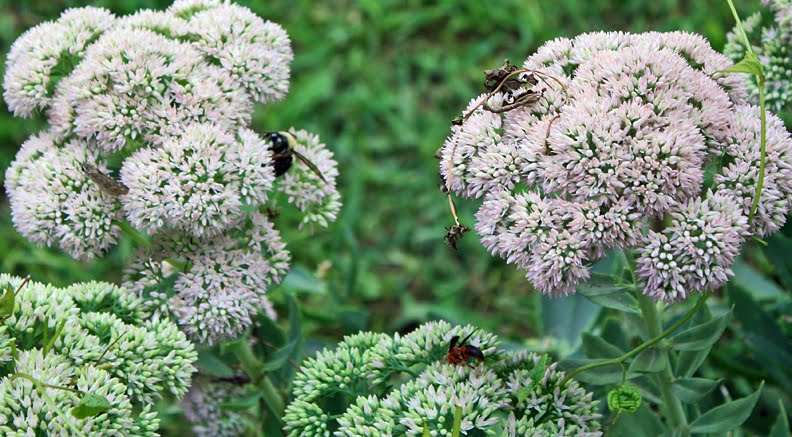 Wildflower lovers love to come to Cades Cove. They say that exotic plants in the Cove outnumber exotic animals. I didn't take time to look for many wildflowers during this trip---but did take pictures of a few along the way... I like this picture because of all of the bees and bugs enjoying it also!!! 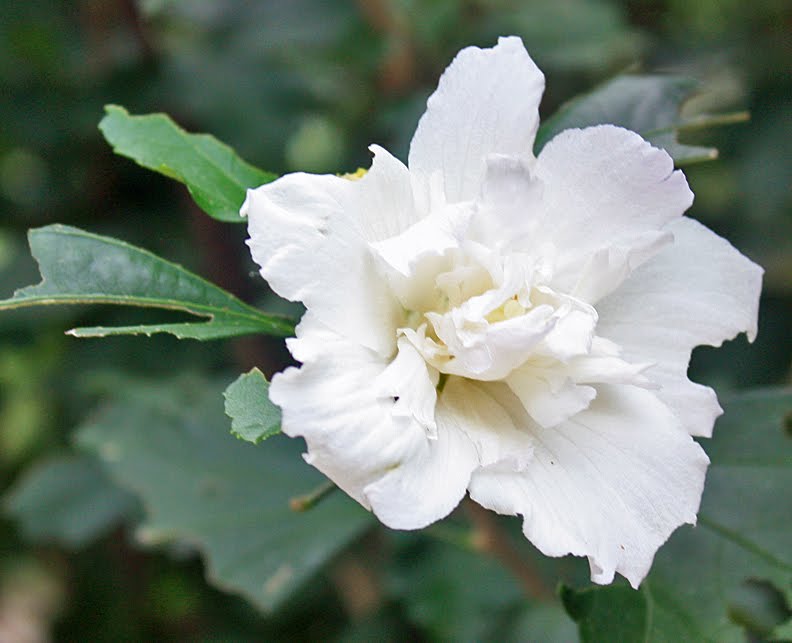 Isn't this a pretty white flower? I'm sure that some of my blog friends know what this is --so if you do, please let us know!!!! Thanks! 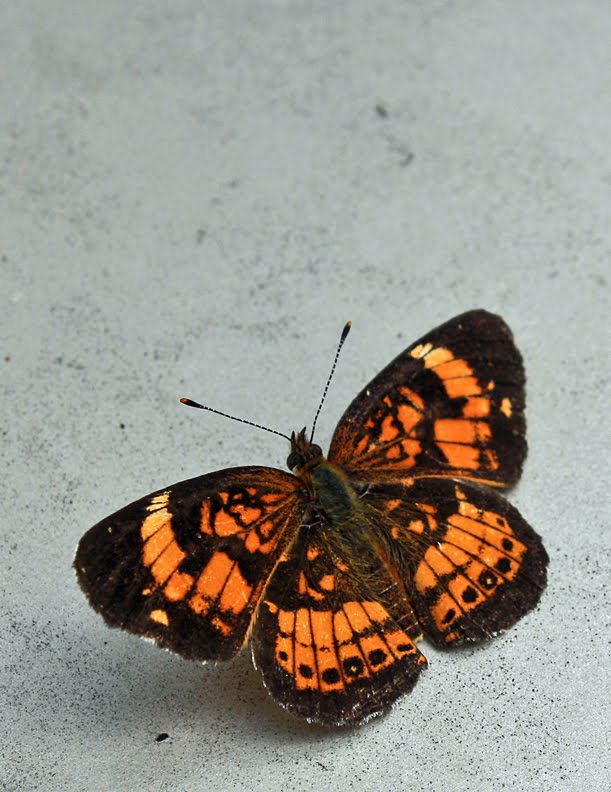 Finally, here is a butterfly I captured a picture of. I had to ask my butterfly-expert friends to tell me what this one is... First, we thought it was a Silvery Checkerspot --but then realized (since this is a SMALL one) that it is a Pearl Crescent... Isn't it pretty?????
Hope you enjoyed seeing the "Flowers and Fauna" in Cades Cove... The neat thing about Cades Cove is that everytime we visit there, we see different things!!!!! SO--I'm sure we will go back --and take pictures of many more beautiful things in the Smokies.. What a fabulous place!!
++++++++++++++++++++
We found our favorite EATING apple in the produce market today.... I have talked about it before --but if you like crunchy, tart --yet sweet apples, try a HONEY CRISP.. They are delicious!!!!!
Hope you have a great remainder of the week and weekend... I am taking a Blog Break beginning today... I'll blog again on Monday....
Hugs,