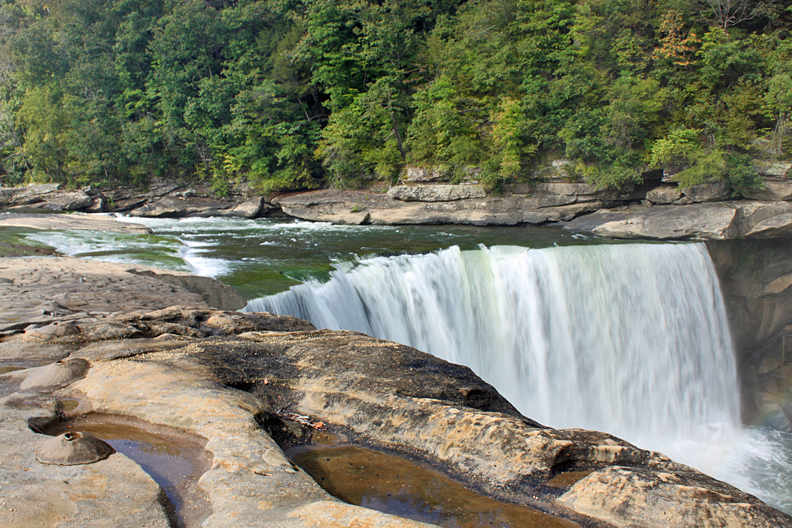 If you missed yesterday's post on Part I at Cumberland Falls, click HERE.  Today I'm sharing more pictures from that gorgeous area.  First,  I must admit to you that we specifically went there to SEE a MOONBOW... Heard of that?????   It is like a rainbow --but is at NIGHT.   The mist of Cumberland Falls creates the magic of a moonbow,  only visible on a clear night during a full moon.  The full moon causes the moonbow.   Cumberland Falls is one of only a very few places in the entire world where one can see a Moonbow.  Isn't that exciting?

WELL---for us,  the ONLY cloudy night of that entire week was the night we just happened to be there.   We took our cameras and tripods down to the waterfall --hoping that the skies would clear. But they did not!!!!!  We were disappointed ---but know that we will go back and try again sometime when there is another full moon.

Above is a beautiful picture from the brink of the falls... There are several lookout areas near the falls---and of course,  we had to check them all out.  Below are more pictures! This one was taken from another overlook.   This is a beautiful waterfall --and ALWAYS has water coming over the falls (which is nice)... 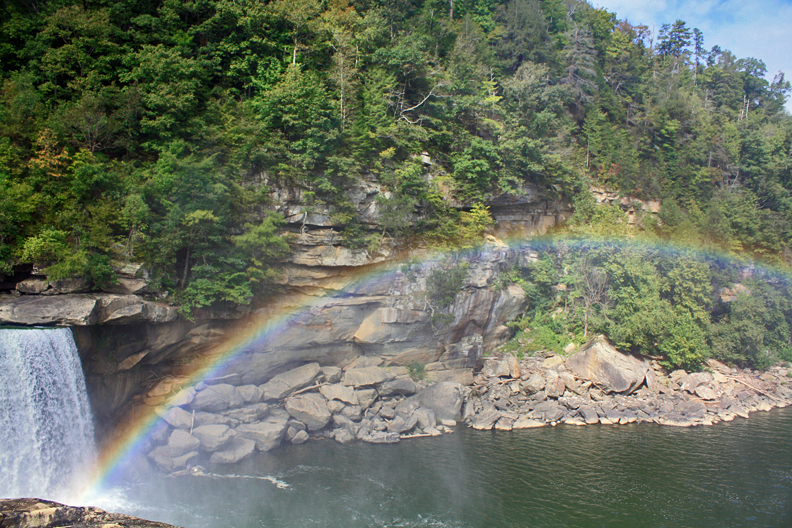 WOW--isn't this incredible????   We found this beauty when we went back to the falls the next morning...  It's not a moonbow --but is a rainbow...  The moonbow looks just like this --but is at night...  I was THRILLED to even see this one... Thanks be to God! 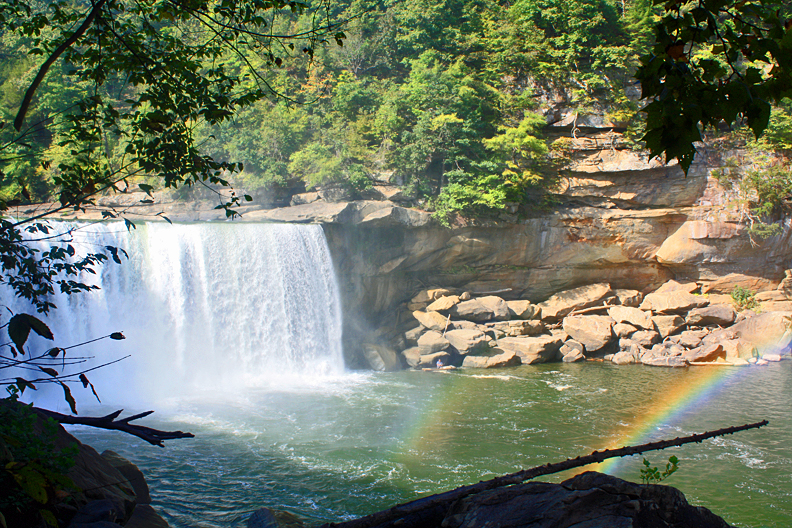 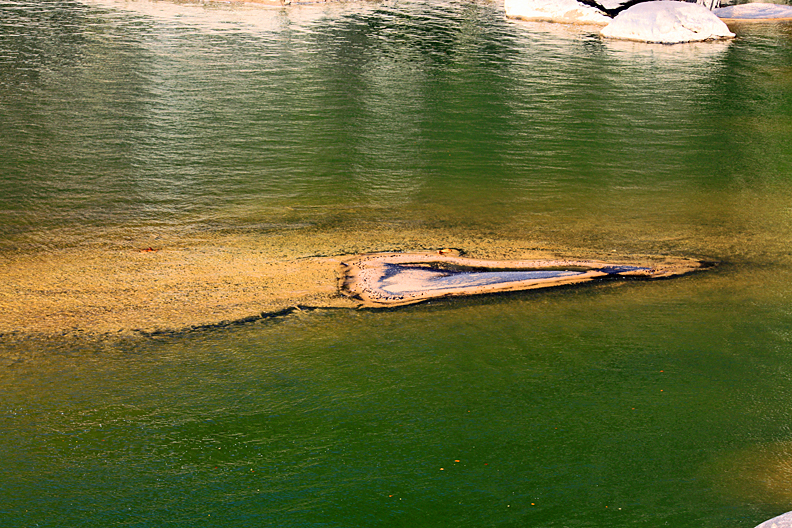 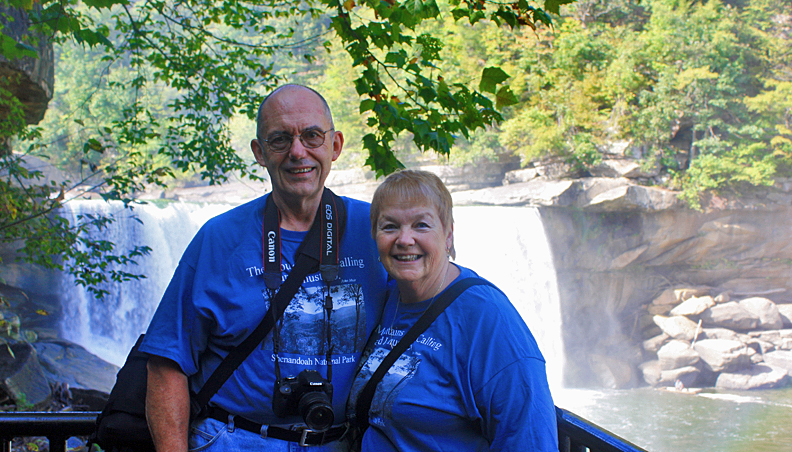 Finally,  a sweet lady took a picture of the two of us at the lower overlook at the waterfall.

Hope you enjoyed my two sets of pictures from Cumberland Falls State Resort Park.  We WILL go back---and one day,  we'll get pictures of that Moonbow!!!!

Have a wonderful weekend.  We didn't get to work on the leaves in the yard yesterday since we had had some rain the night before--and it was much too wet.  Hopefully,  we will 'tackle' them this weekend...  Wanna come and help?????