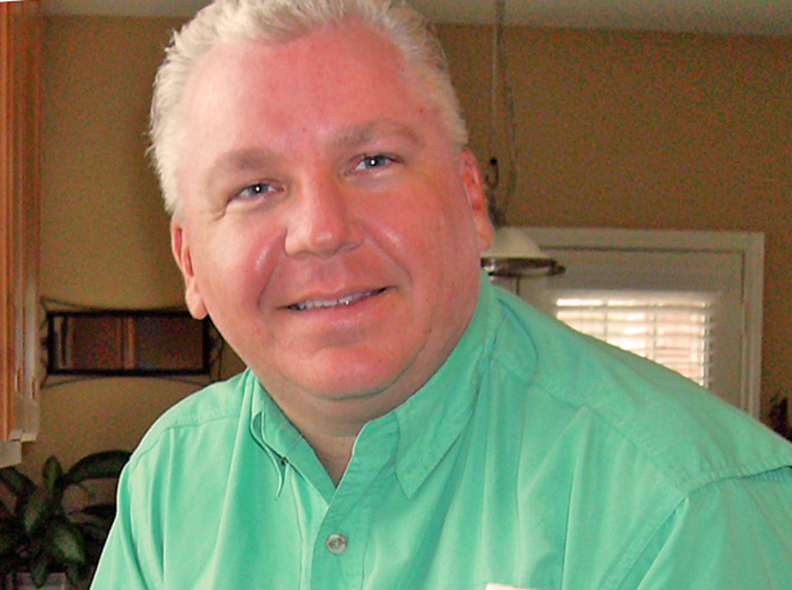 Two weeks ago,  I introduced my youngest son, Jeff.  Then last week,  I introduced my oldest son, Bert.  This week,  I introduce you to middle son, Mark.  Mark and family live in Seabrook, TX.  Mark works for a company installing alarm systems in homes.  Recently,  he installed a system in the home of one of the Houston Astros' Baseball Team players.  He thought that was kinda special!!!! 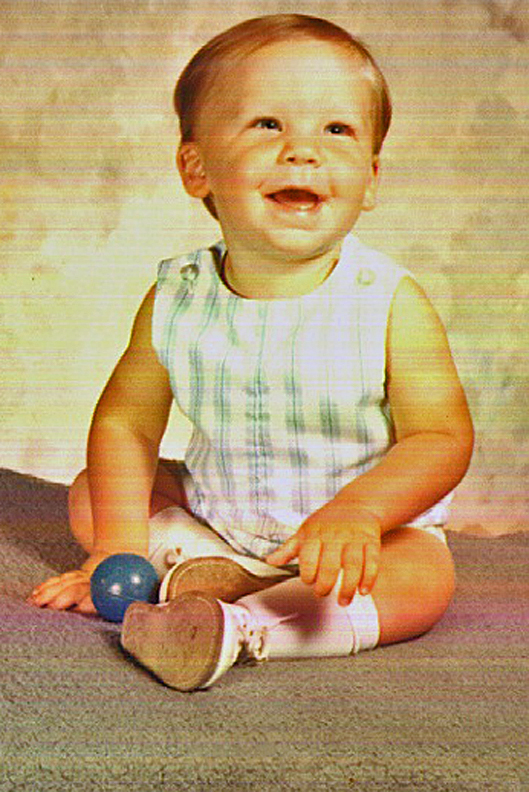 Mark is my smiling child... He smiled from birth --all the way through his childhood... Such a Cutie Pie!!!!  And I think he is still smiling!!! 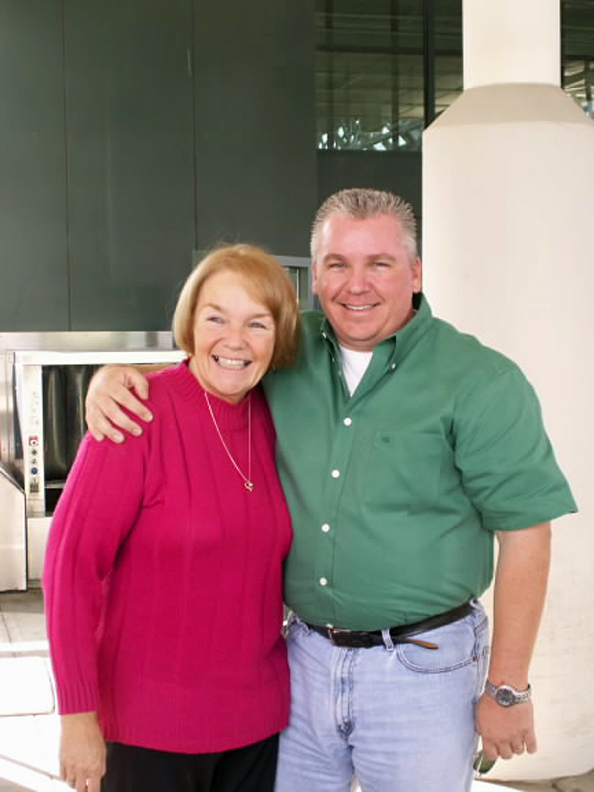 Here is a picture of Mark and me taken in 2006 when he came to Nashville --and we visited him there. 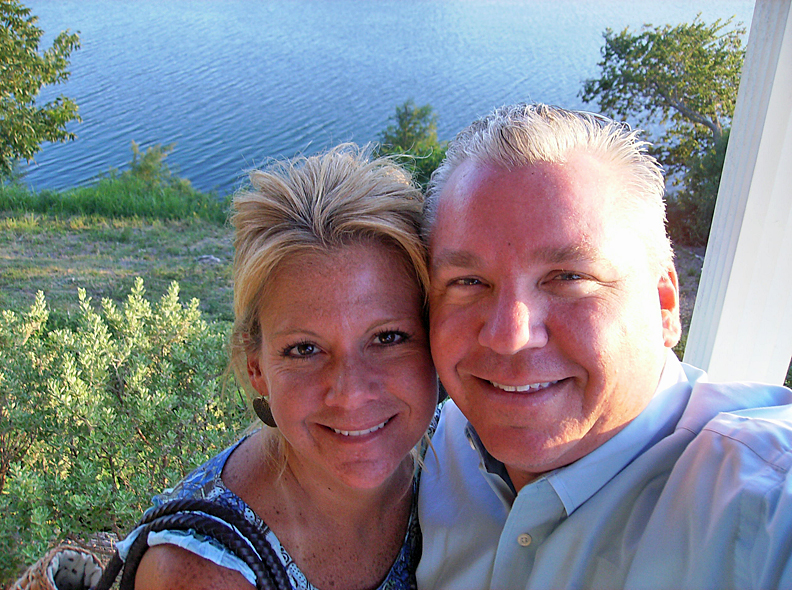 I love this picture of Mark and his gorgeous wife,  Lara.  I have several pictures of the two of them,  but this is one of my favorites (despite the sunshine hitting their faces). 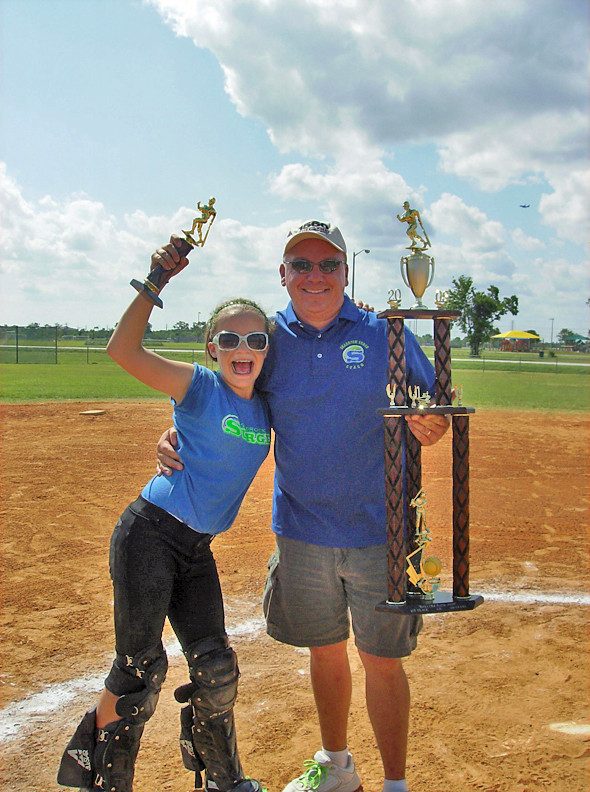 Like all of my sons,   Mark loves SPORTS.  Since he doesn't have sons,  he and his girls got interested in softball.  SO--now, that is truly Mark's passion.  He has coached his girls'  teams for several years.  He still coaches --but also has started a league in his community, involving different age-level teams.   He says that he would do this fulltime --if someone would just pay him!!!!! ha ha ha ... The picture above is Mark with his youngest daughter,  who is a catcher, after they won a tournament. 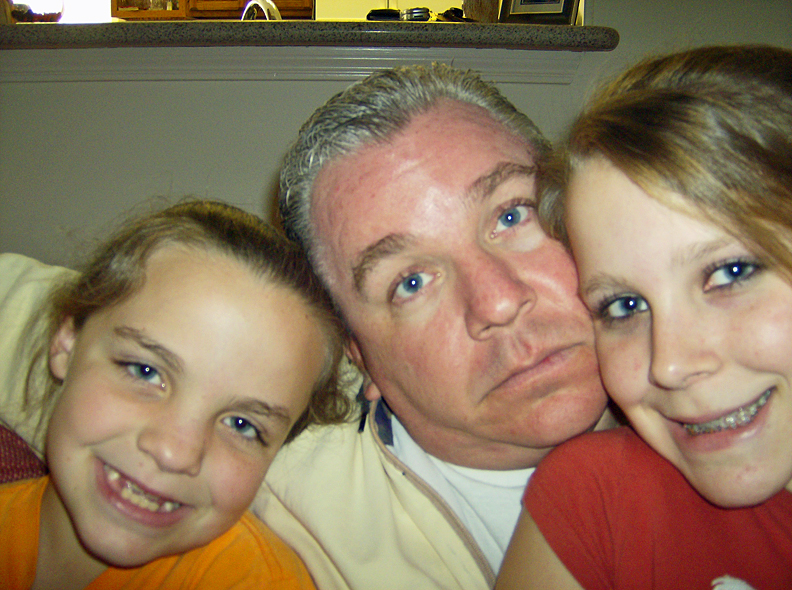 This is just a silly picture of Mark with his girls...  It was taken in 2006--so these girls have really changed since then.  I love it though!!! 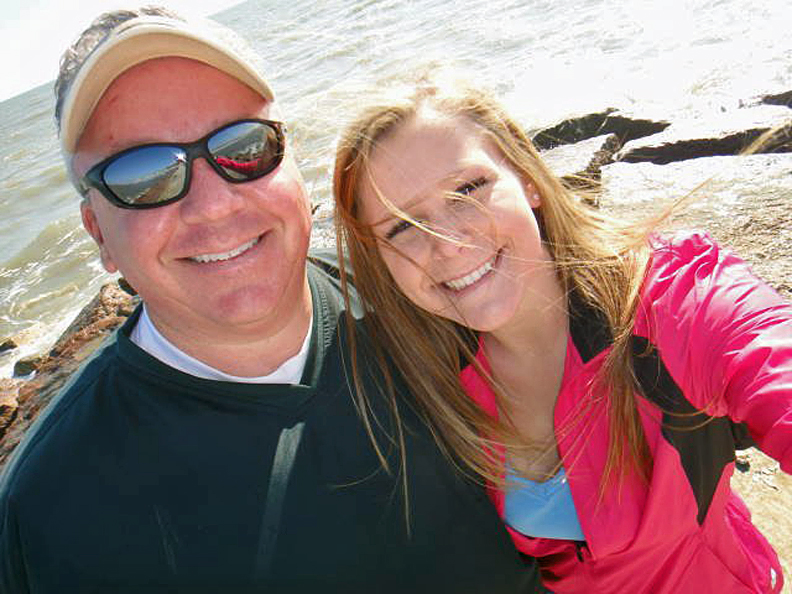 This is a fairly recent picture of Mark and his oldest daughter. 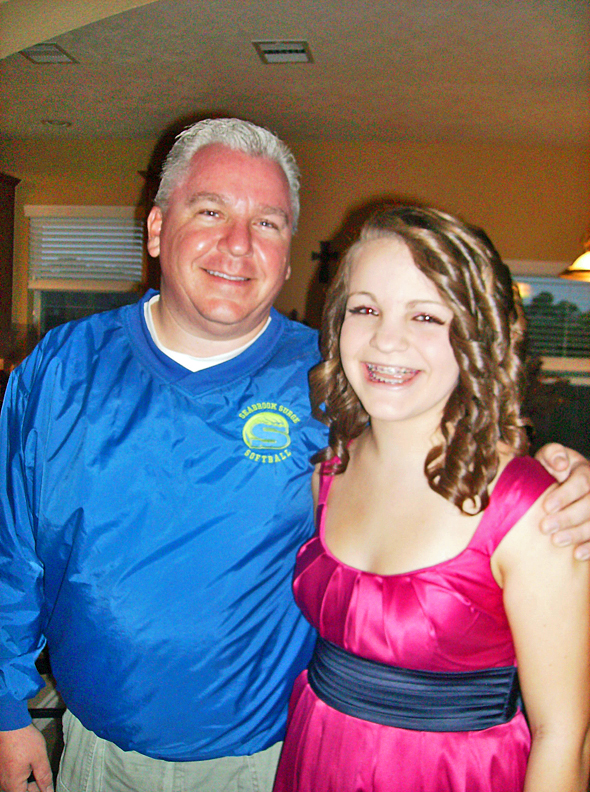 Finally,   I just got this picture last week (along with some others) of "BR's"  Winter Dance pictures...  This is one of my fav's ---of Daddy and his youngest. Doesn't she just look gorgeous,  all dressed up for the dance?   GEE--those girls are both growing up so fast.

Well---that's my three sons... Now you know them!!!!  I don't see any of them as much as I'd like these days --but we try to keep in touch,  through the telephone,  through emails and texting...  But--like most all young people these days,  they do stay VERY busy.  I am proud of all of them and the men they have become.