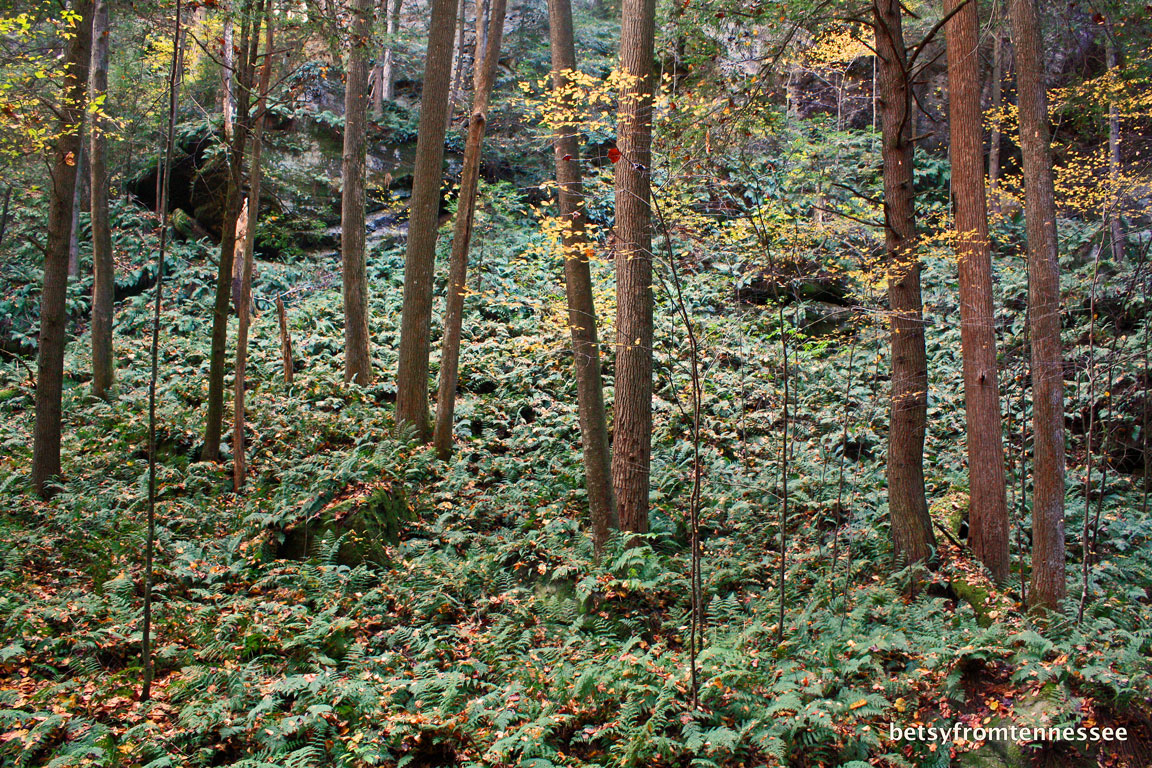 Goodness Gracious... What happened to January????  Time is flying when you are having fun I guess....Are you having fun????  I always have fun ---well,  most of the time... I still want to see some SNOW...ha ha

Today, I'm continuing to share more from our trip to Hocking Hills State Park near Logan, Ohio from October 15-17, 2012...  We met our good friends,  NEAL and Patti Treadway from Indiana there --and the four of us had a marvelous time together.

If you missed some of my other posts from that little trip,  you can click HERE to see 4 other posts.   Today,  I am sharing our time at CONKLES HOLLOW, in the state park.  When GEORGE and I first visited Hocking Hills in Early September of 2011,  Conkles Hollow was my favorite place... The greenery and lushness of that area was absolutely fabulous. I felt as if I was in Heaven!

This year, however,  I was a little disappointed since we were there in mid October --and much of the lushness had disappeared ---since it was later in Autumn.   BUT--it was still pretty,  just not as pretty as it was in early September.  To compare the photos from the two trips,  you need to click HERE to see the 2011 photos...

Today,  I'll share our 2012 pictures with you... Even though it wasn't quite as pretty,  Conkles Hollow is a beautiful place and I still recommend it --if you get to Hocking Hills sometime.

The picture above shows you some of the ferns and beauty around the area.  Be sure to click on all of the photos for enlargements. 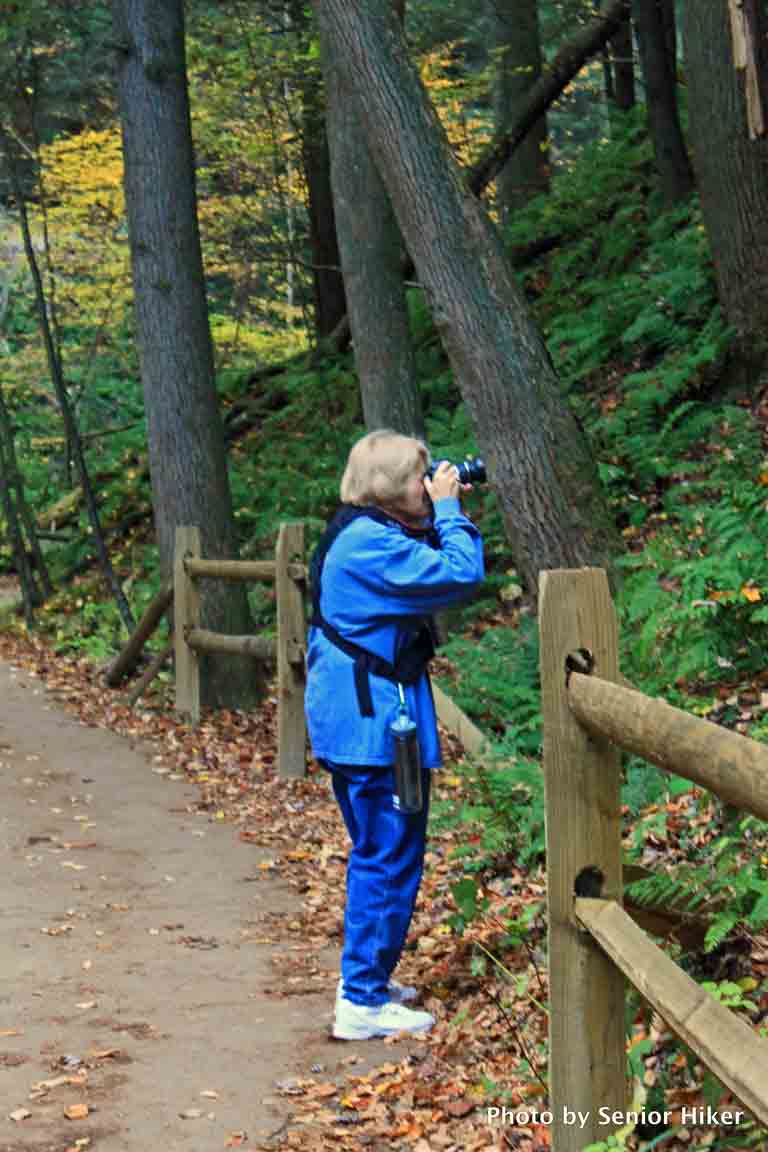 George captured the photographer at work.... Note that I'm wearing my camera vest and carrying my water jug.... This girl is always prepared....  HA 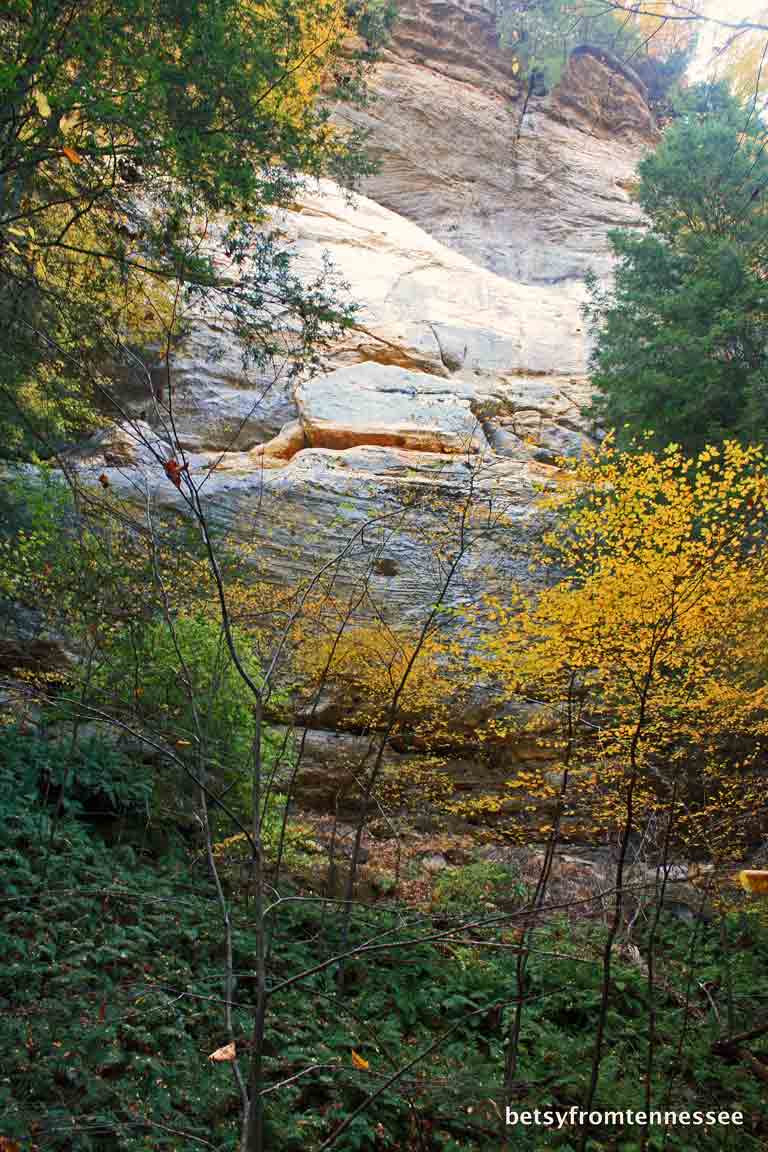 This area really is a 'hollow'---with high cliffs all around...  One thing different from the 2011 trip was getting to see the Fall colors around....  AND Fall in Ohio was marvelous when we were there. 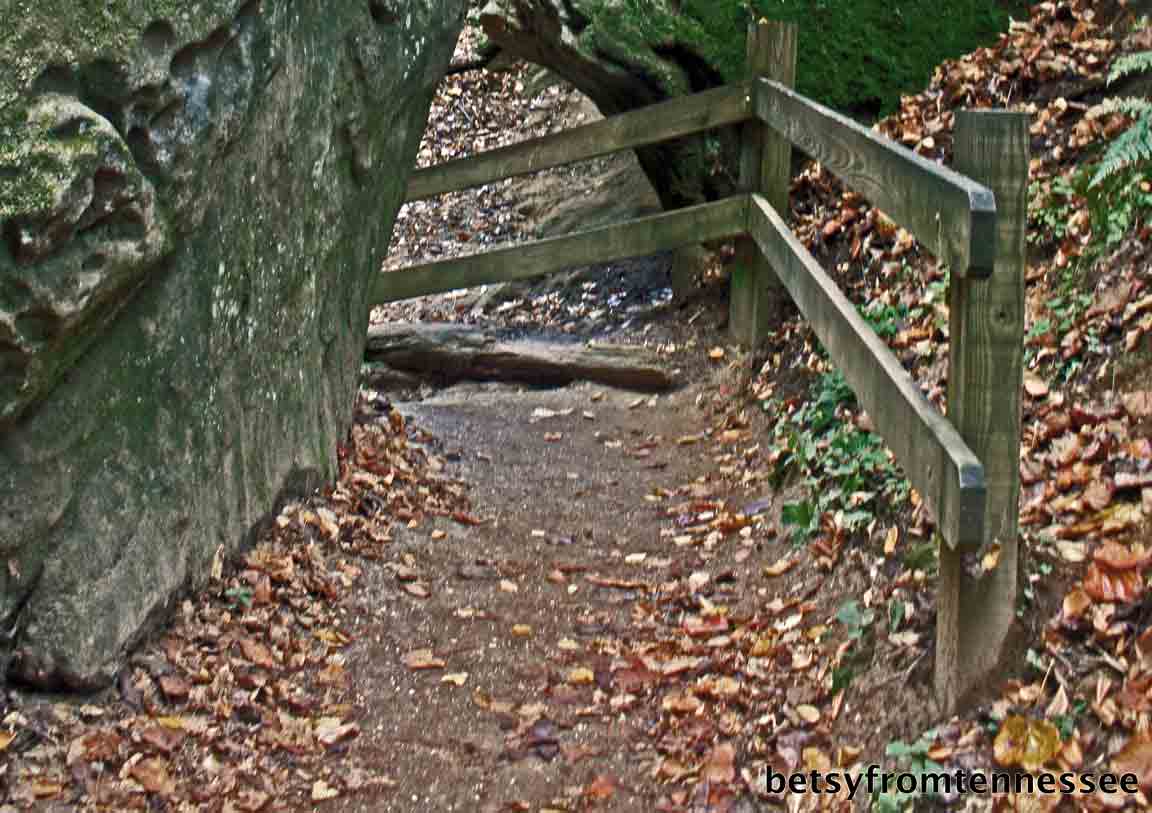 The path through the area was really nice...  You can also tell that it's fall because of all of the leaves on the ground!!!! 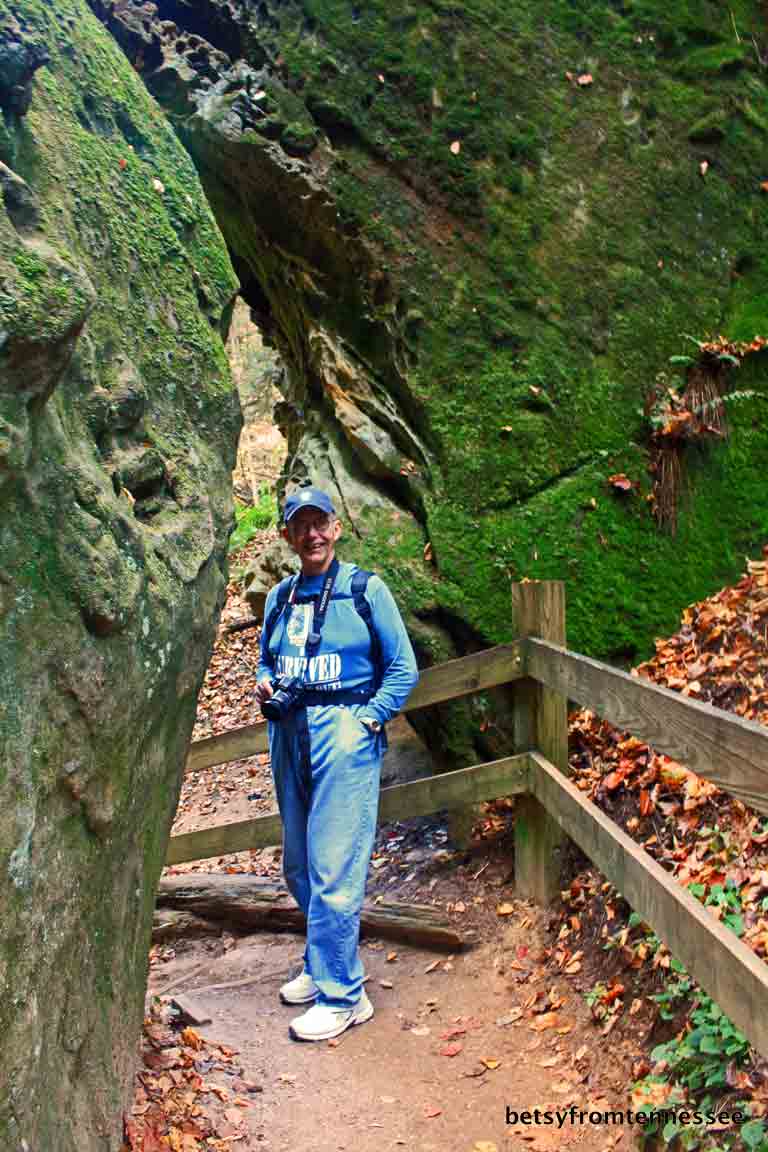 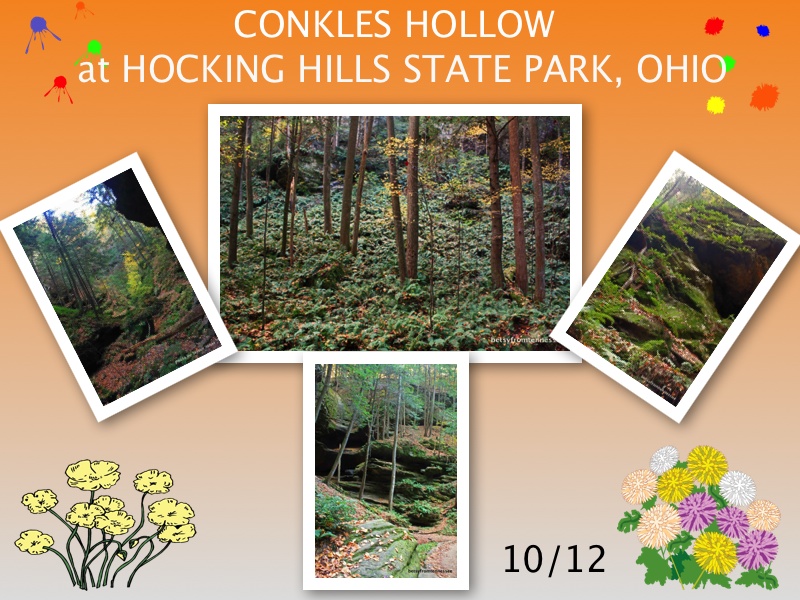 Here is a collage showing your some pictures of that beautiful area... 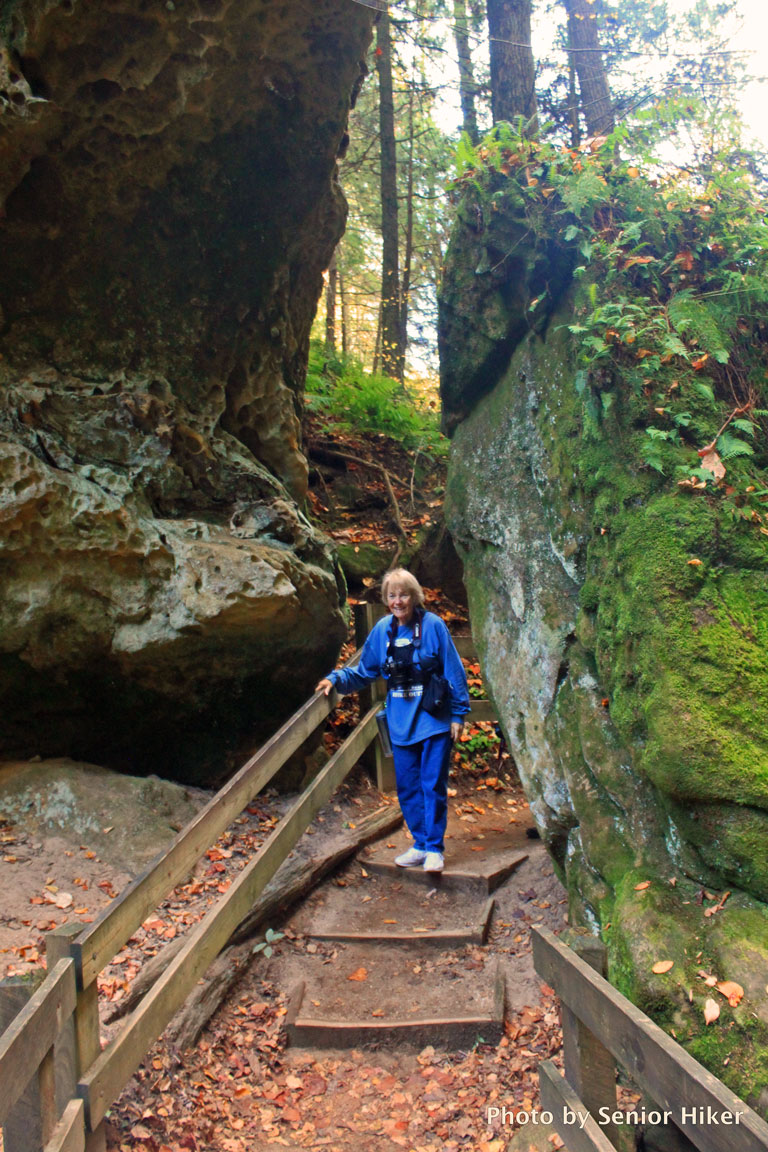 Here is a picture George took of me on the trail... 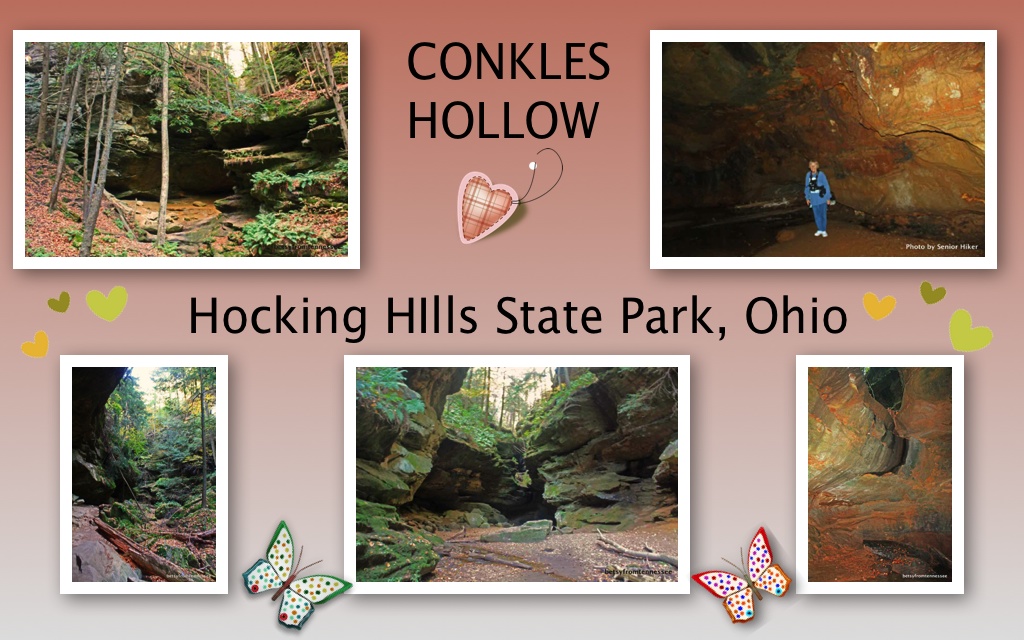 Here's another collage showing the caves in that area.  There are two waterfalls there (Reckworth Falls and Lower Falls--which is inside a cave) ---but there was no water  (except for a tiny bit inside the cave) here again on this trip.

The picture on the bottom left was taken from INSIDE the cave looking out.  AND--the two on the right side were inside the cave --where George and I looked hard to find that tiny waterfall.  We could hear it trickling --but it was hard to see it!!! 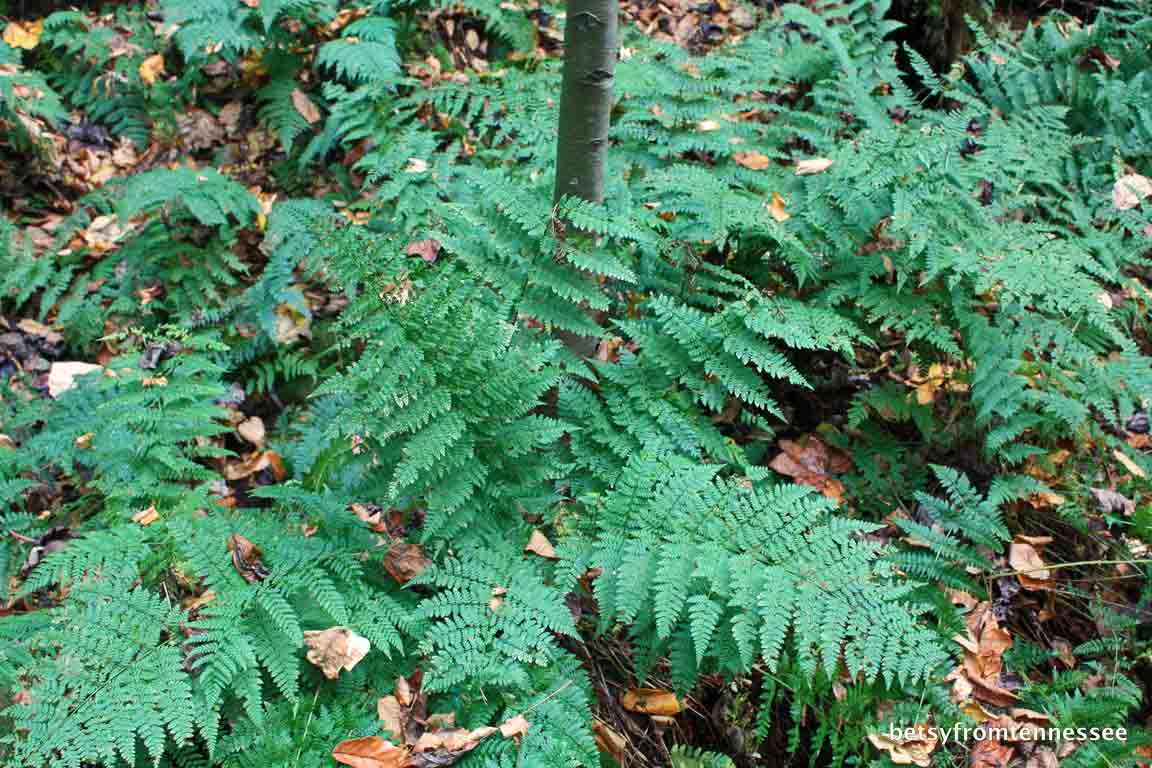 Finally,  I'll close with a neat picture of the pretty ferns in that hollow.  The ferns are what I remembered most from that first trip there in 2011.  SO gorgeous... 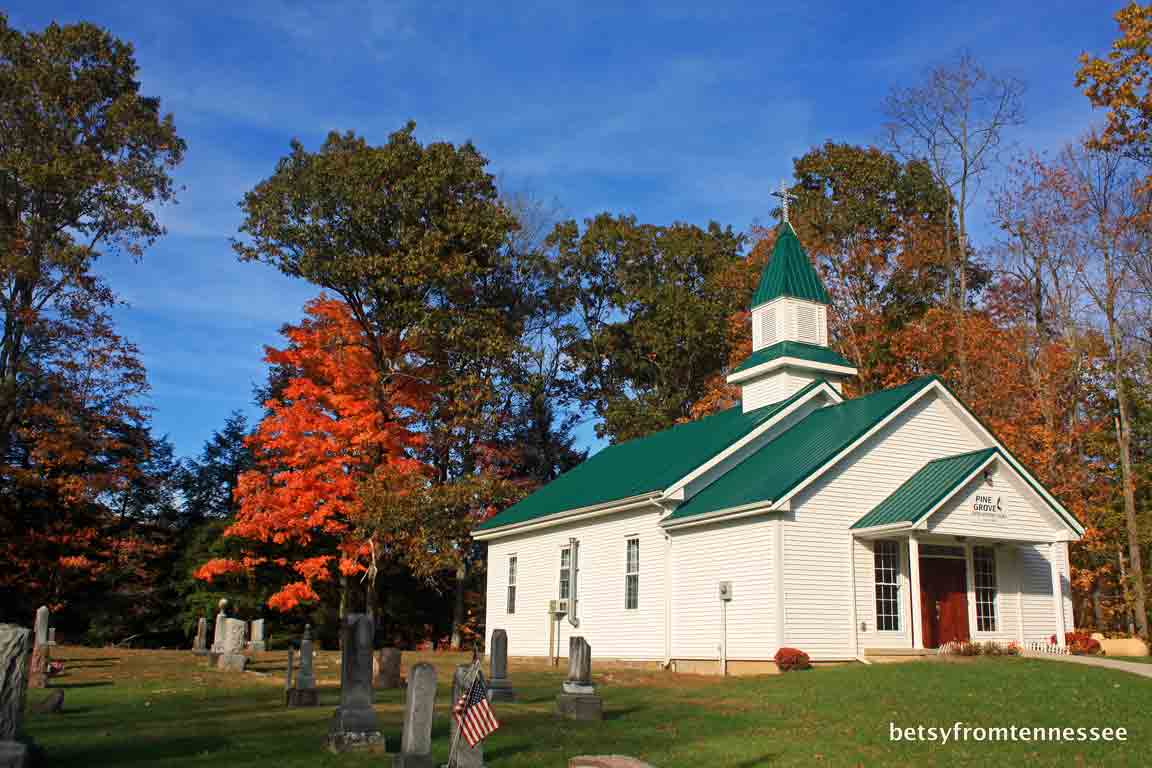 After leaving Conkles Hollow,  we stopped and took pictures of this gorgeous little church as we passed by.  Isn't it pretty?????

WELL---that was our first busy day together...  I finished the day with 16,351 steps on my pedometer --which is about 5 miles...  The four of us celebrated by eating some delicious BBQ at Millstone Barbecue in Logan...

More to come... It was a GREAT day --and just being with Neal and Patti made it even nicer!!!!  Have a wonderful weekend and I'll see you on Monday.