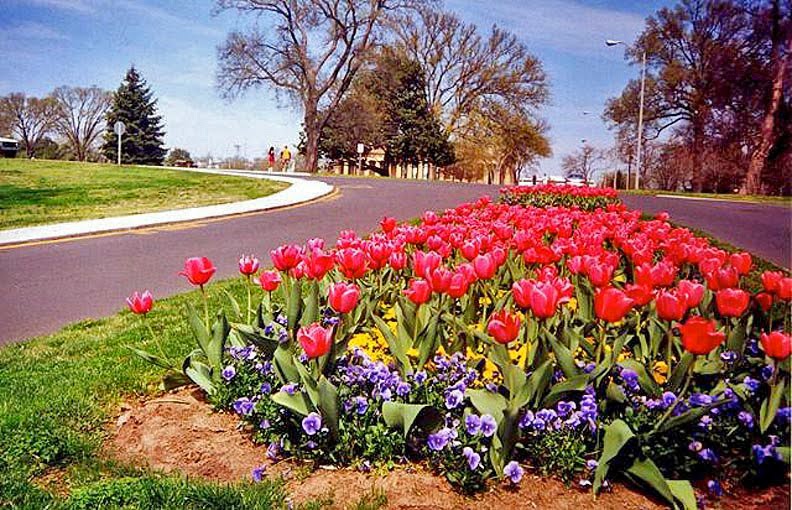 George and I had our first date on March 29, 2001 --when we went out to dinner. We absolutely 'clicked' on that first date--and both of us knew we wanted to see each other again.. SO---on Saturday, April 7, 2001, George invited me to a morning at the Centennial Park in Nashville, and then to lunch at a nearby restaurant.

We walked around the entire park and enjoyed seeing the early spring flowers in bloom. We also visited the Parthenon and the Art Museum that it houses. We had a wonderful time that morning, and I could feel that 'love' was already in the air between us... WELL---that was until we went to lunch!!!

Here are some pictures from the park that day. The pictures are OLD--but really came out pretty good overall. Anyhow--I just wanted you to see us on our SECOND date!!!!! Above is a picture of the entrance to the park. Below are more. 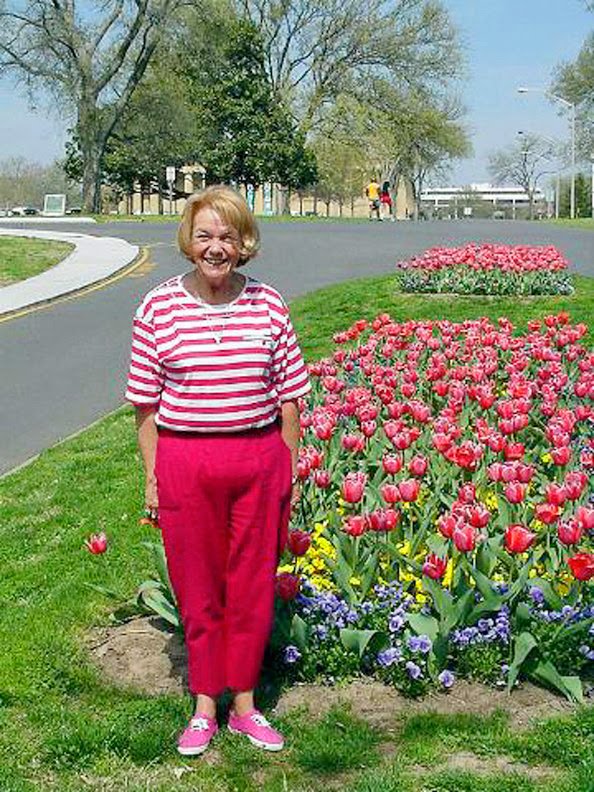 This was the first picture that George took of me!!! (Don't you just love those hot pink shoes????? Yipes!) 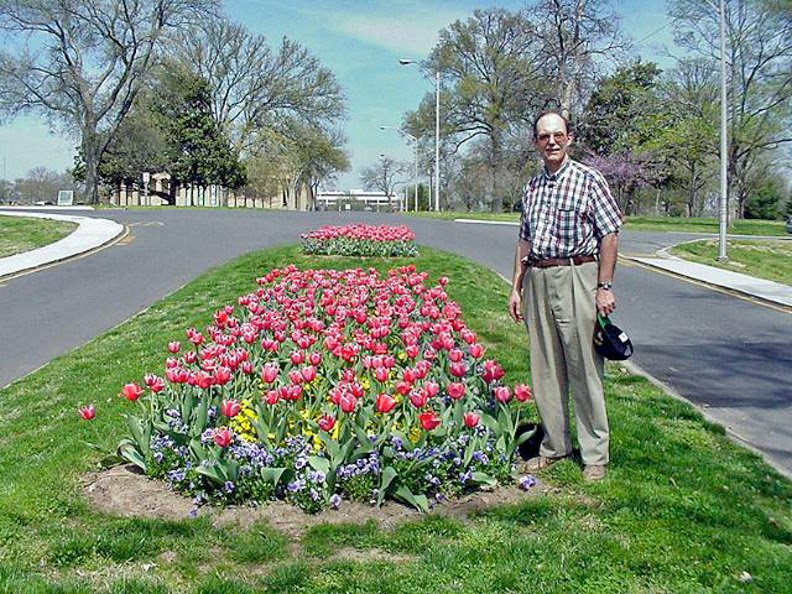 And---this is the first picture that I took of him! 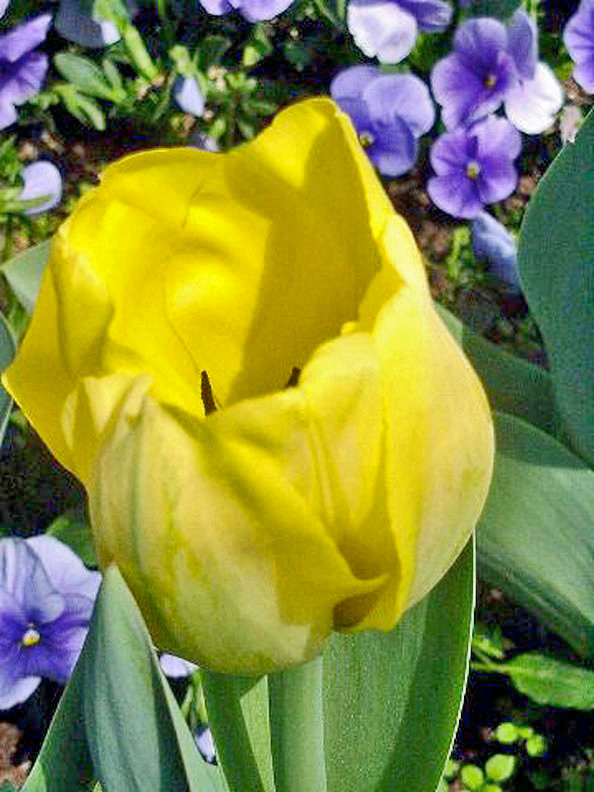 George took this picture of the pretty yellow Tulip. We realized on this day just how much both of us love beautiful flowers. 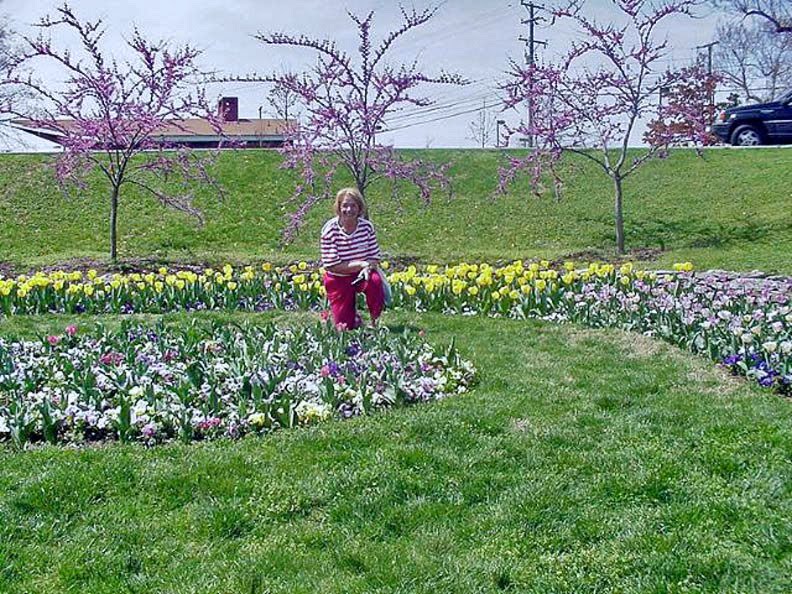 I enjoyed sitting among all of the beautiful flowers at the park. 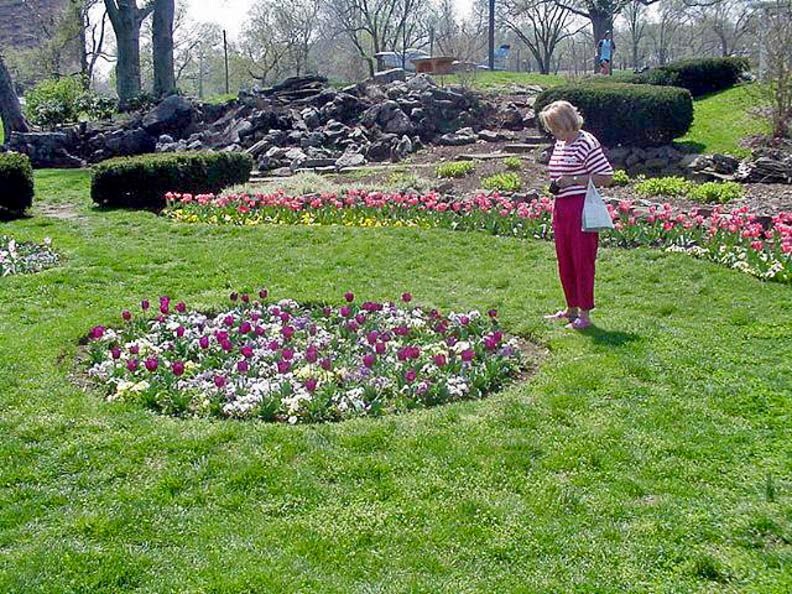 At that time, I never dreamed I would have a yard full of these beauties myself now!!!! 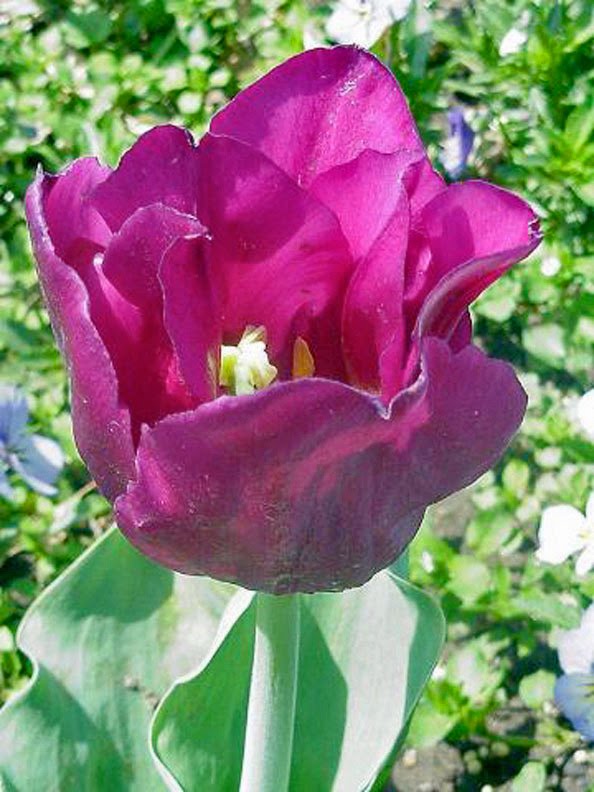 Don't you just love the color of this beautiful Tulip???? I want one of these in MY yard!!!!!! SO pretty! 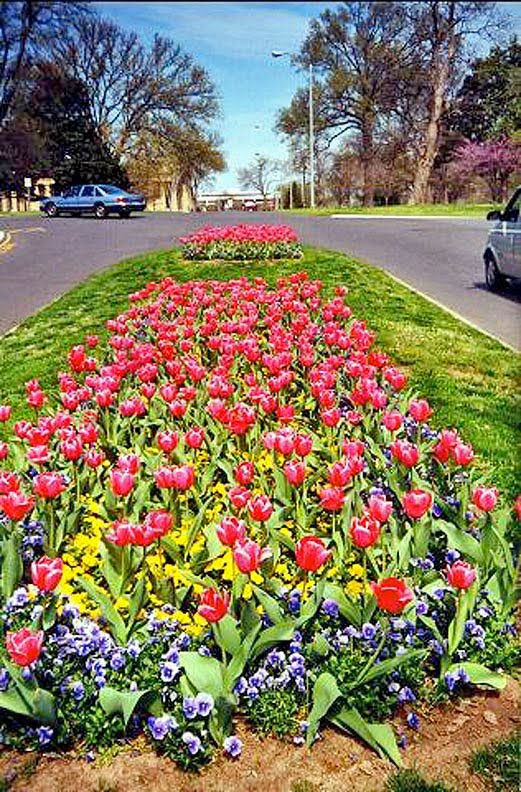 Here's one final picture taken that Saturday at Centennial Park.

Now---I just have to tell you what happened that day at lunch. There's a really neat little local restaurant near Centennial Park called Rotier's. Being the bigshot, independent, women's libber-type woman I was, I offered (demanded) to pay for our lunch that day... (I wanted to do MY part, you know!!!)

SO--George finally agreed... (What else could he have done, since I had made a BIG deal!!)... We ordered and ate a wonderful lunch ---and then I realized that they didn't take credit cards. Uh Oh... This gal had very little CASH with her.... I was SO embarrassed!!! George was so nice (and he didn't even laugh at me ---at least to my face)--- and helped me pay for our lunch that day... I'm surprised that he ever called me back after that date. Who was this idiot that he was dating?????????

Have a wonderful Saturday!
Hugs,