Snow to Make You Feel COOLER 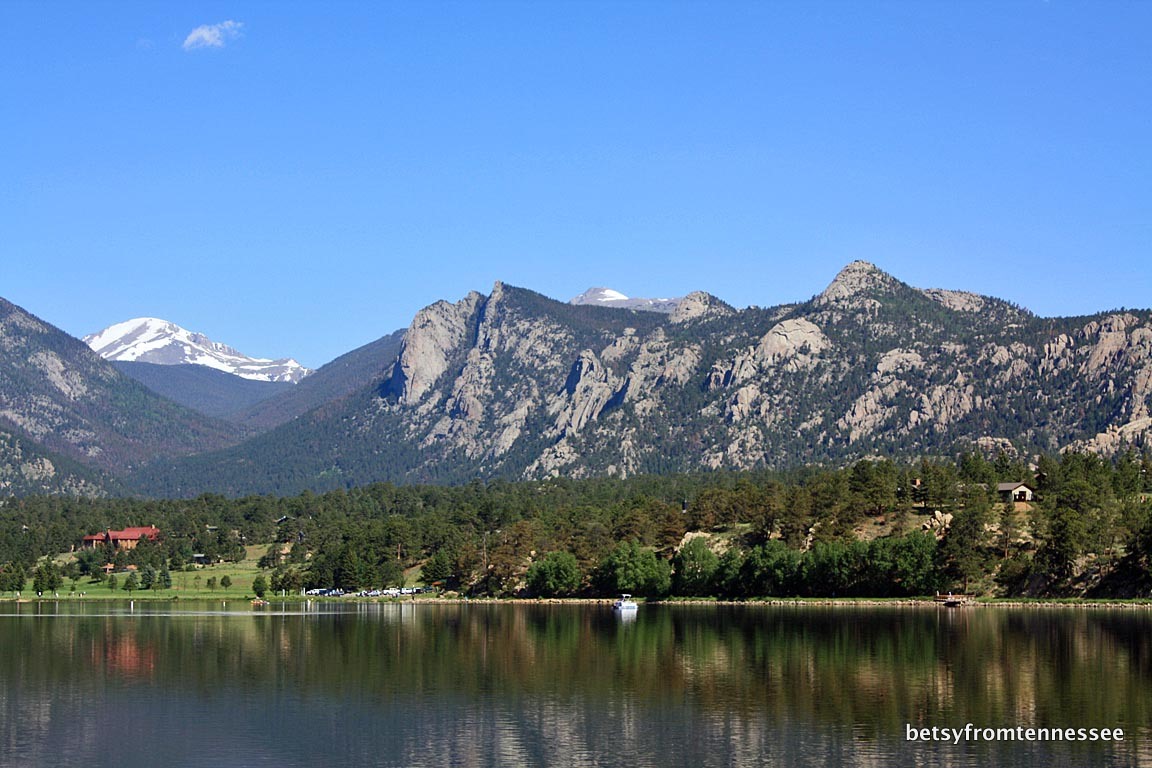 I got this idea from one of my Blog and Facebook friends,  LYNN. She had seen a 'snow' picture that George had posted some time ago --and thought it would be nice to see some SNOW pictures during the HOT SUMMER....  Great idea,  don't you think?

During our big Summer trip out west in June of 2011,  one place we visited on our way home was the ROCKY MOUNTAIN NATIONAL PARK in Colorado.   A few days before getting to the Rockies,  we had suffered in the almost 100 degree heat at the Arches.....  SO--you can imagine how wonderful it felt to get to this area and enjoy some cooler temperatures and SNOW....

SO---today,  I'll share some pictures taken on June 25, 2011 ---as we drove over 12,000 feet UP into the Rocky Mountain National Park.   The first picture above was taken as we got into Estes Park, CO ---before driving into the national park.  Beautiful area,  isn't it?????  Be sure to click on the pictures in order to see some enlargements. 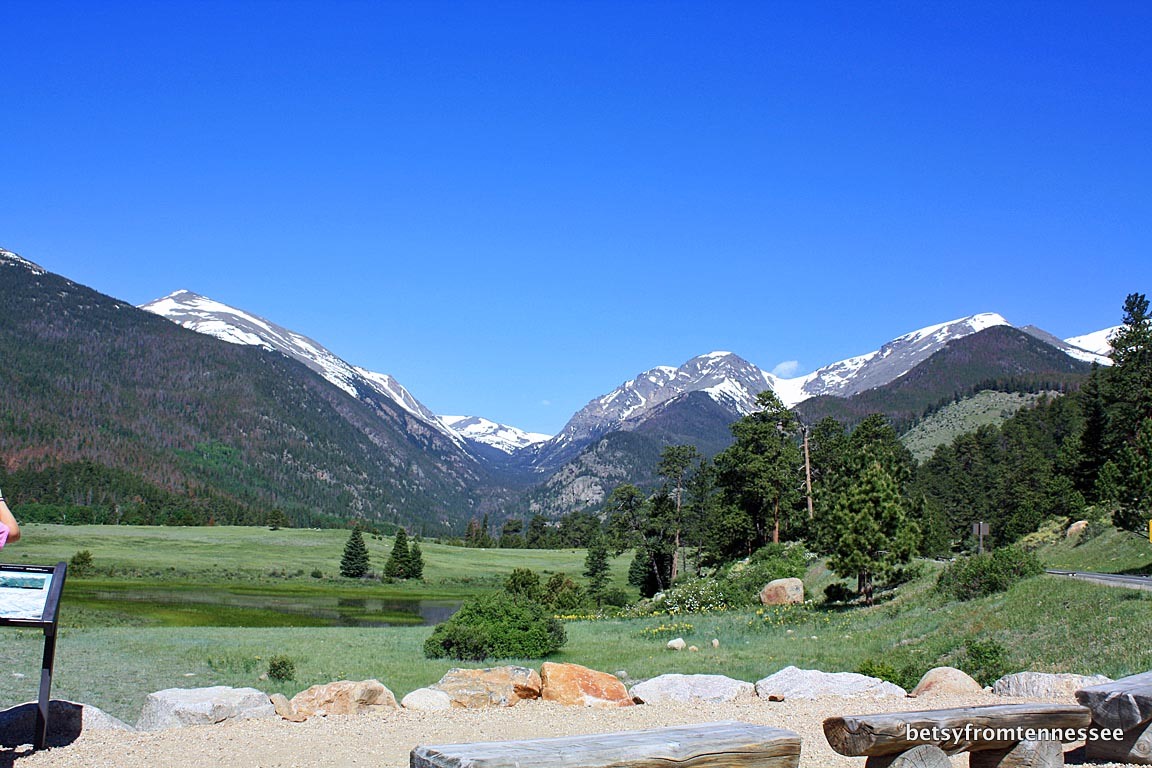 This picture was taken from the Sheep Lake and meadow area just inside the Fall River entrance into the park.   We stopped to admire the mountains that we were going to drive UP!!!!!  We also looked for some Bighorn Sheep --but didn't see them at that time... 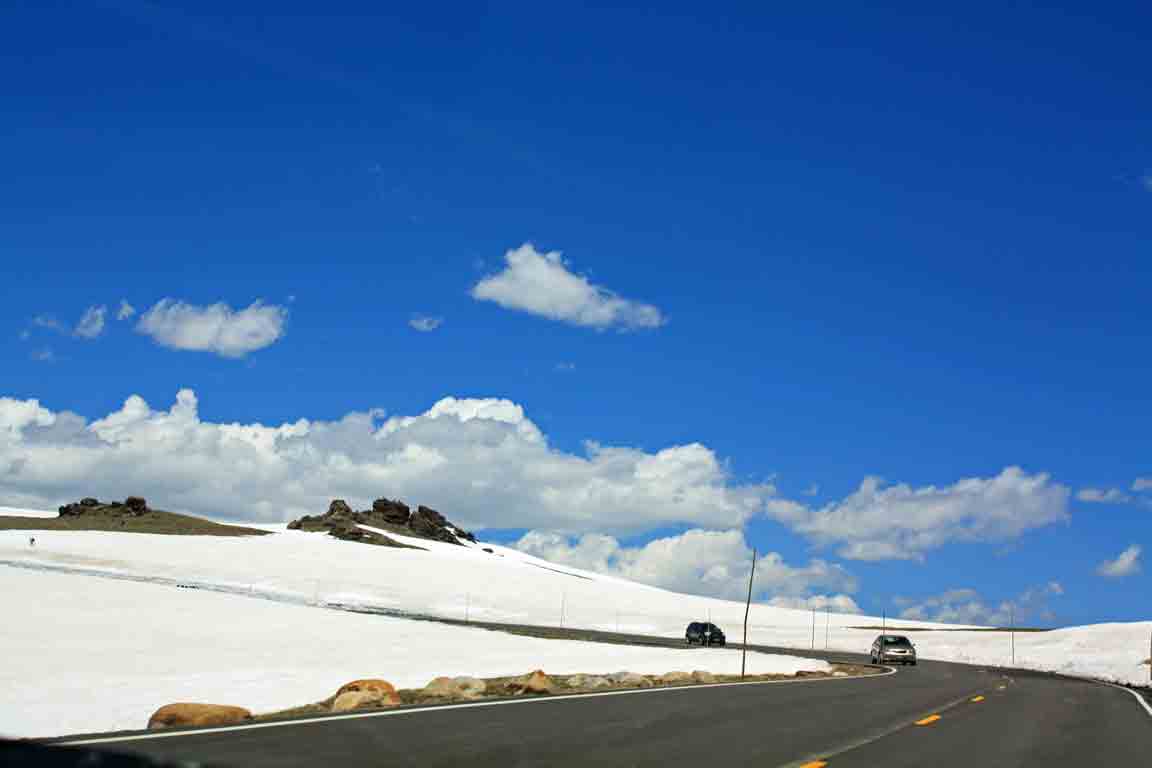 We went UP-UP-UP......  The higher we got,  the more snow we saw.  However,  the roads were clear --thanks to the snow crews who have to work hard to get them clear...  See those poles along the way?  They are there so that the crews will know where the road is supposed to be --when there is heavy snow on the mountains!!!! 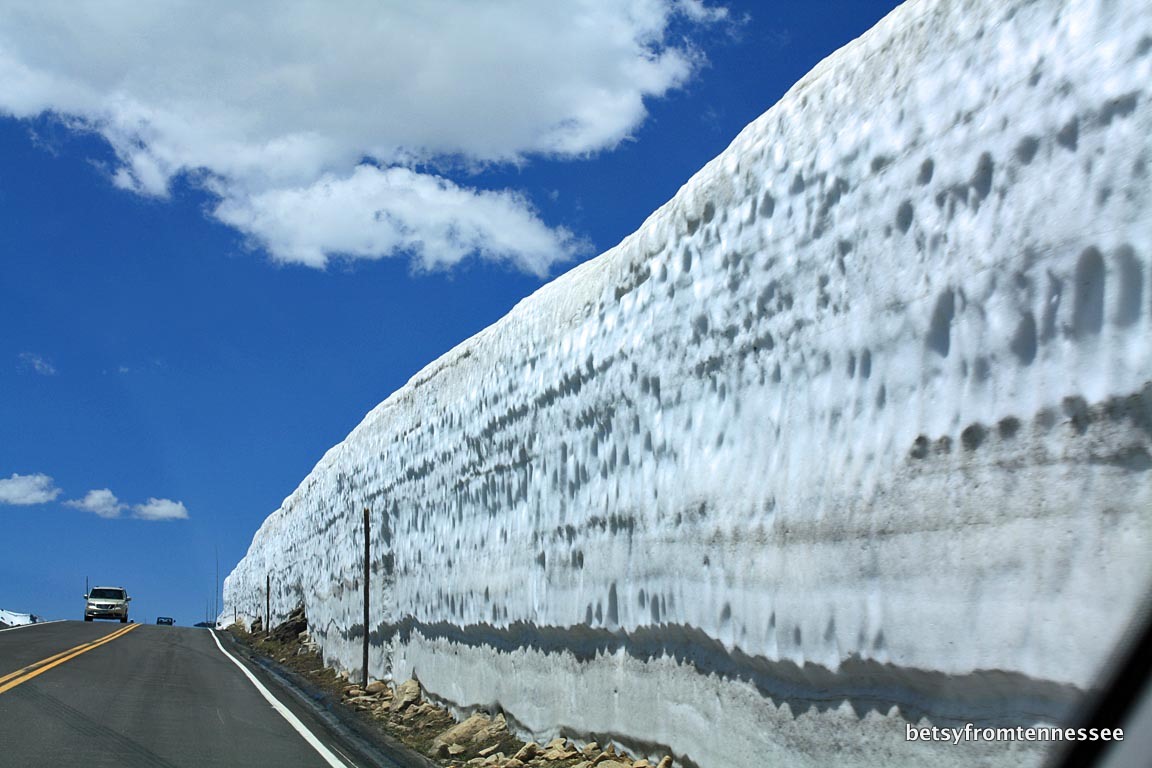 This shows one of the huge snow banks along the road.....  Can you imagine having to scrape THAT much snow???? 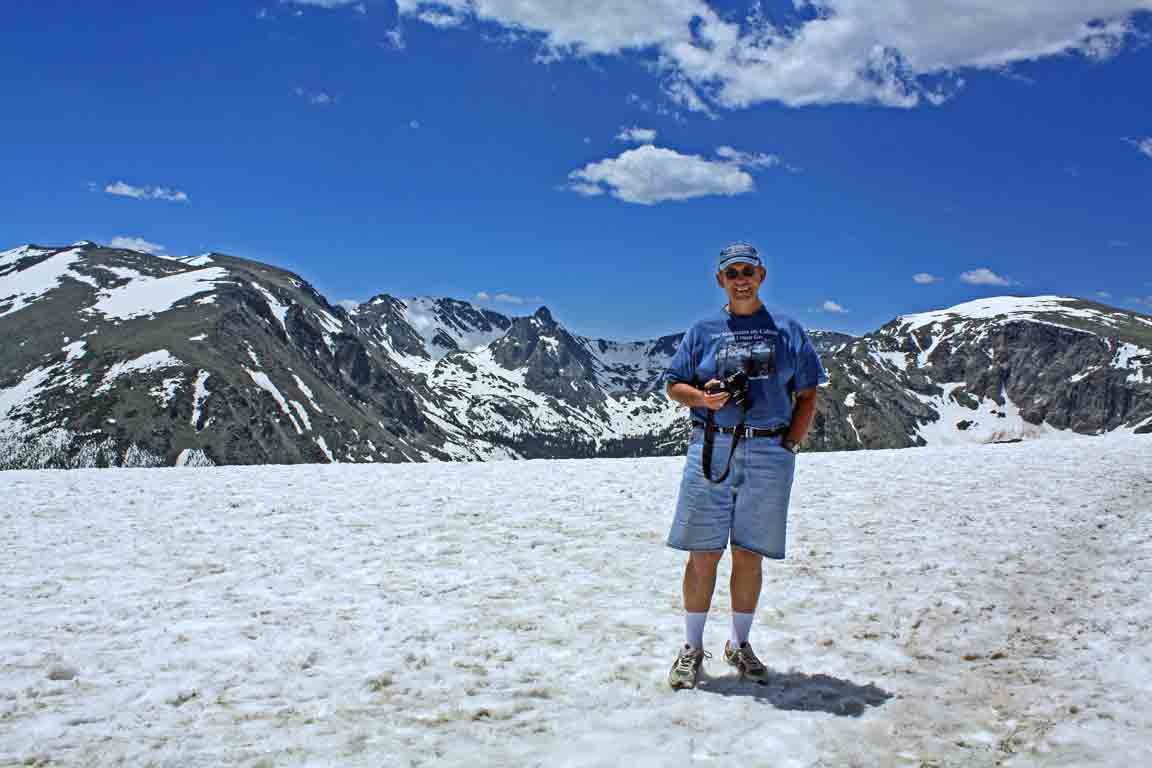 We actually stopped the car several times to even walk and play in the snow.   Even though we had shorts on that day,  the temperature up there was in the 50's..... BUT--it felt so good compared to the temperatures we had experienced in Utah. 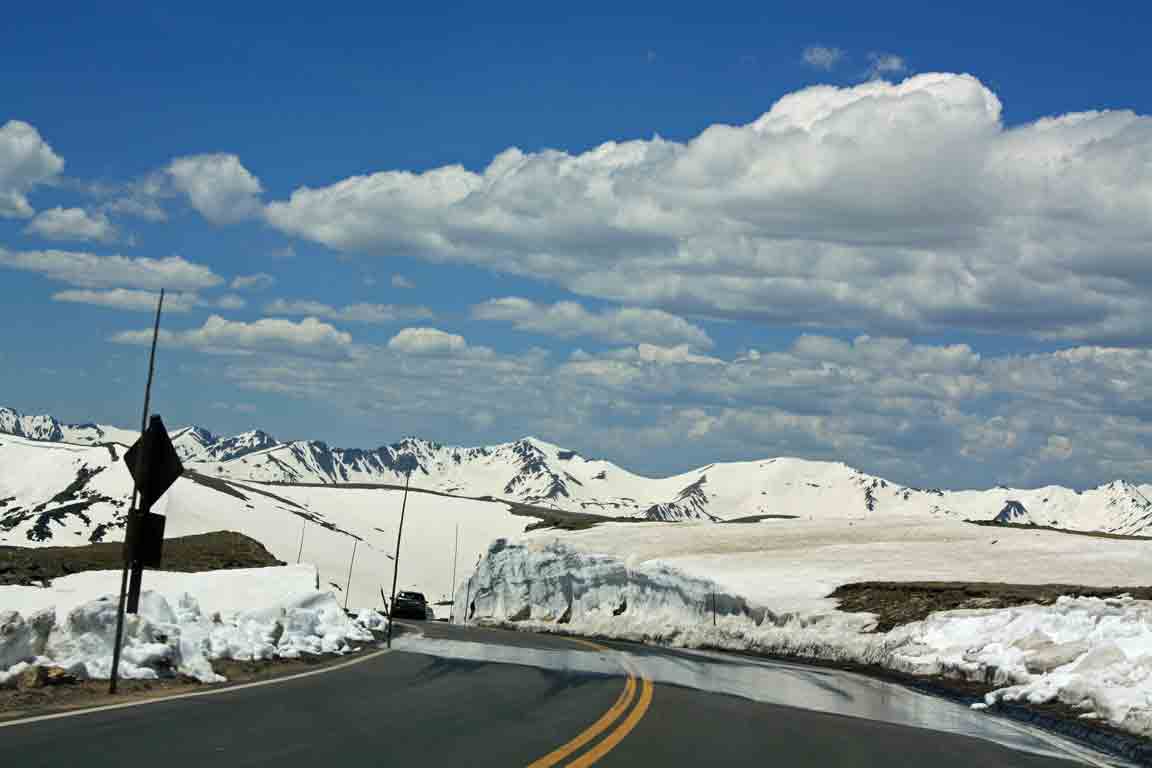 Here is another picture taken from inside the car ---as we drove along...  We felt like we were truly on  TOP of the world... AND--we almost were!!!!! ha 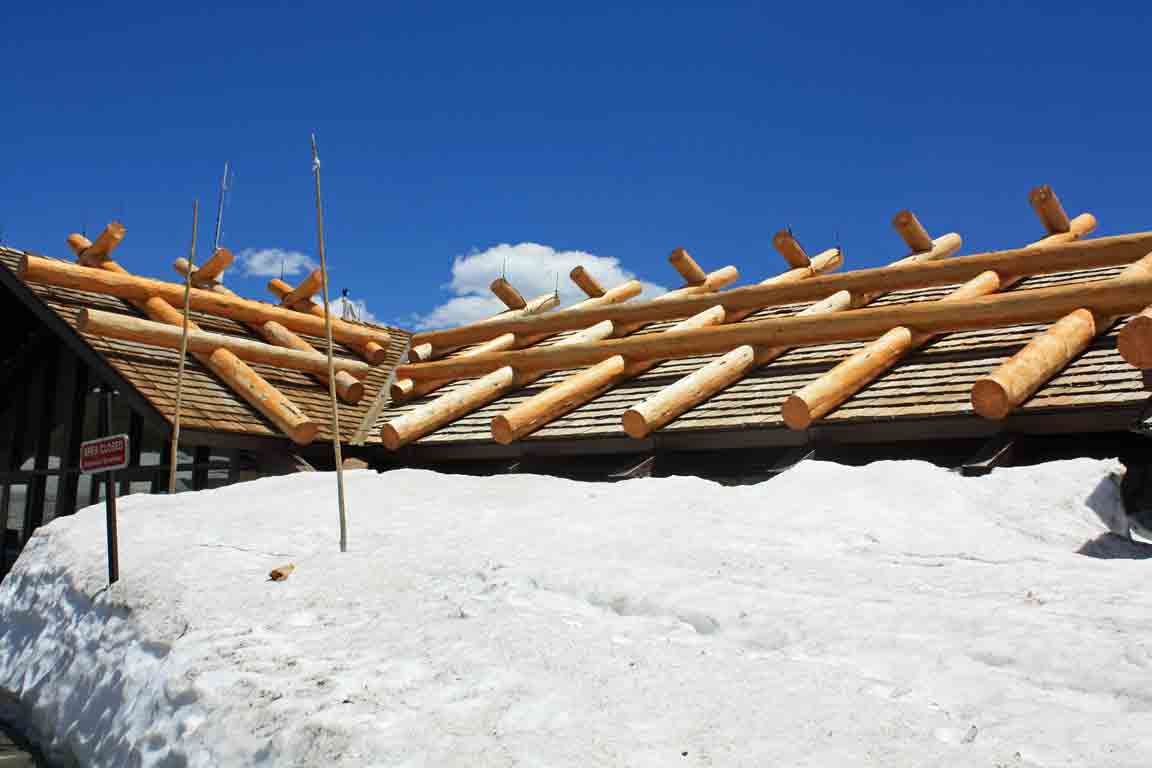 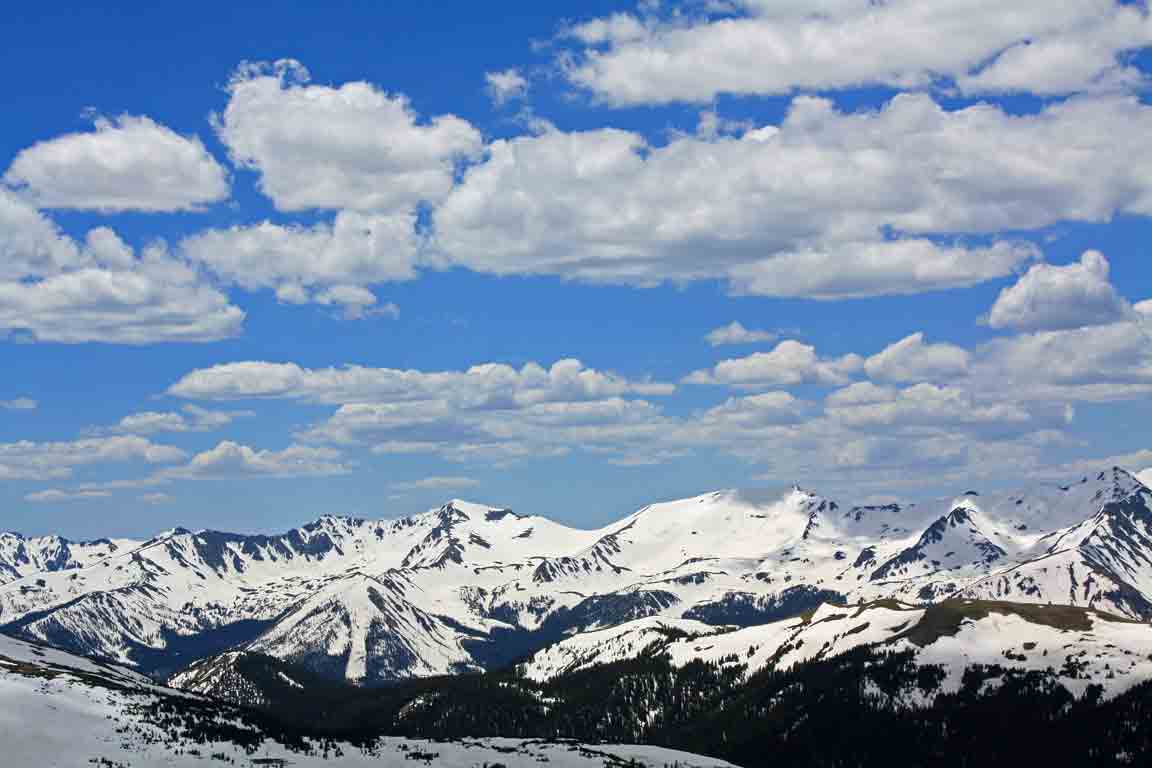 Finally,  here is one last picture of the snow we saw at  the Rocky Mountain National Park  that day...  We took many, many more pictures here ---but hopefully,  you have enjoyed seeing these.  AND---if you are having a very HOT SUMMER,  maybe these pictures will help cool you off just a little.

Have a great weekend.  I'll see you on Monday.
Hugs,
Betsy
Posted by Betsy Banks Adams at 4:00 AM 51 comments: