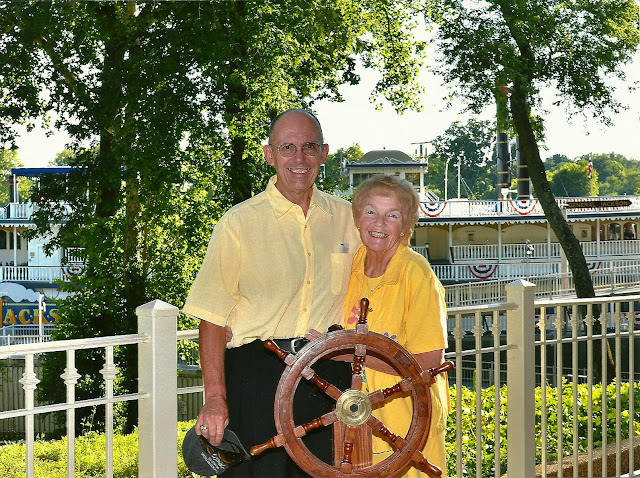 After leaving Centennial Park in Nashville, Tennessee on our 11th wedding anniversary--June 23, 2012,  (click HERE if you missed this post),   we checked into our motel (Holiday Inn Express) and then at about 6:30 p.m.  we boarded the General Andrew Jackson Showboat for a lovely three hour evening  (7-10) consisting of a boat ride during the late afternoon and evening,  a delicious dinner,  and lots of musical entertainment.

Hope you enjoy some of our pictures from this memorable evening.  If you want more info about the General Jackson,  click HERE.  Above is a photo they took of us before boarding.  You can see the boat in the background.  Click on all pictures for enlargements. 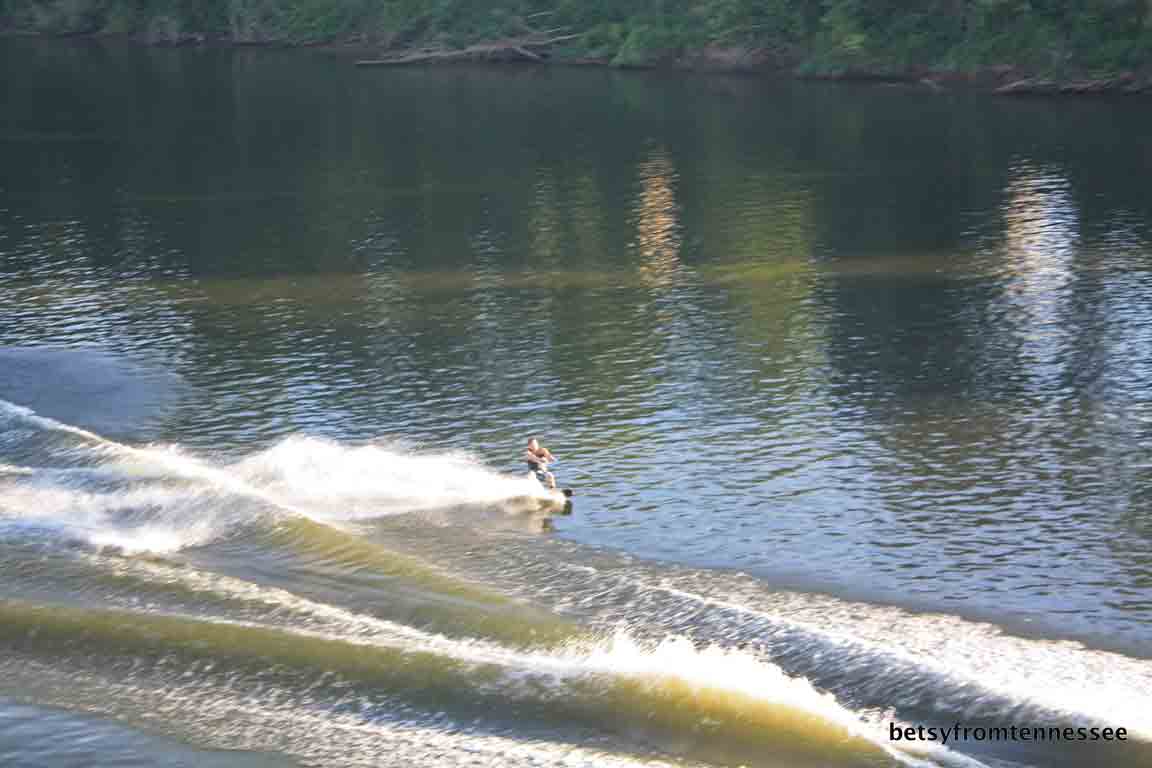 We enjoyed being on deck --listening to the live Bluegrass music,  and watching all of the happenings along the beautiful Cumberland River.   Here are some skiers having fun!!! 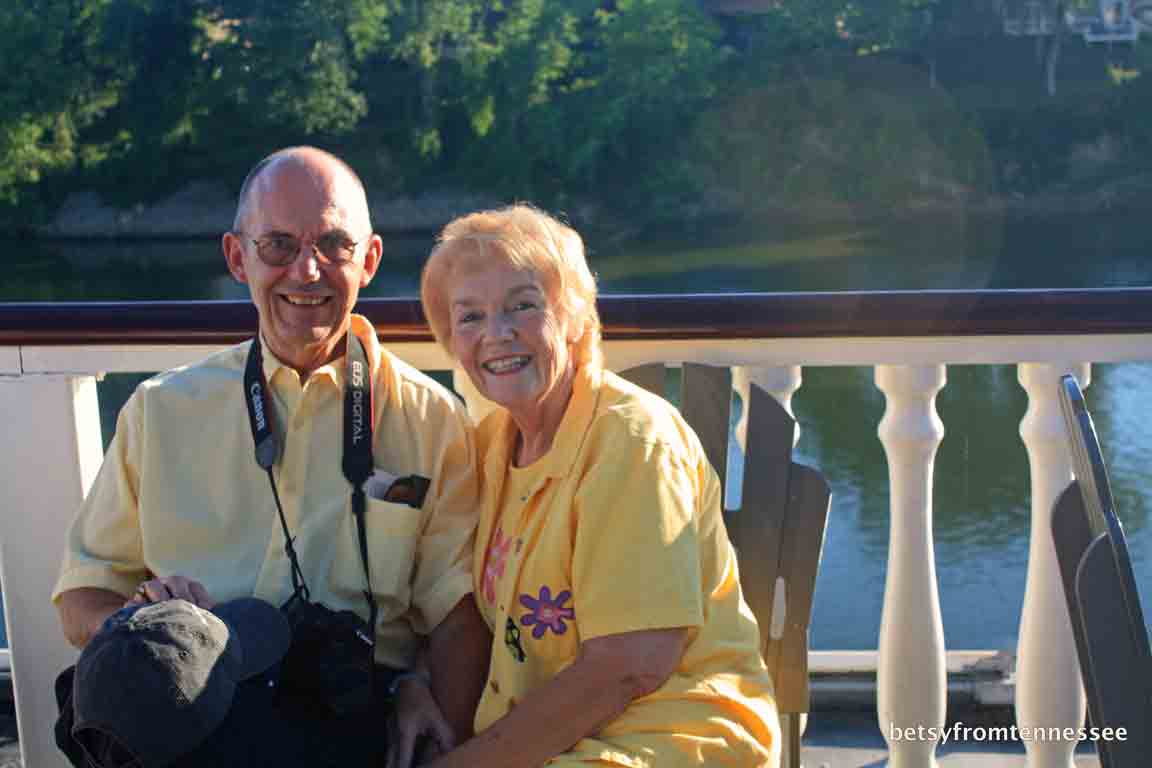 A nice lady volunteered to take a picture of us while we sat on the deck.


Now here is a blast from the past...  This picture was taken in  August of 2001 ---the last time we went on this showboat...  NOTE the dress I'm wearing...  It's the same dress I wore this year..  I always loved that dress --and it has been packed away waiting for me to lose enough weight to wear it again... How 'bout that?


And here is a picture of George taken on the boat in 2001.  I'm sorry I don't have a picture of the two of us together then.


We went into a huge dining room for dinner (LOTS of people on this boat today)---and after a dinner of braised BBQ short ribs, salad and veggies (and before dessert),  they told us to go back outside and get some pictures of Downtown Nashville at night...  It was a beautiful evening and we both took LOTS of pictures...  Here's one for you.


There was a Kenny Chesney/Tim McGraw concert going on at the Titans Stadium (LP Field) that night ---so I took a picture of them --from the boat.  (George's sister and friends were at that concert and said that it was fabulous!) 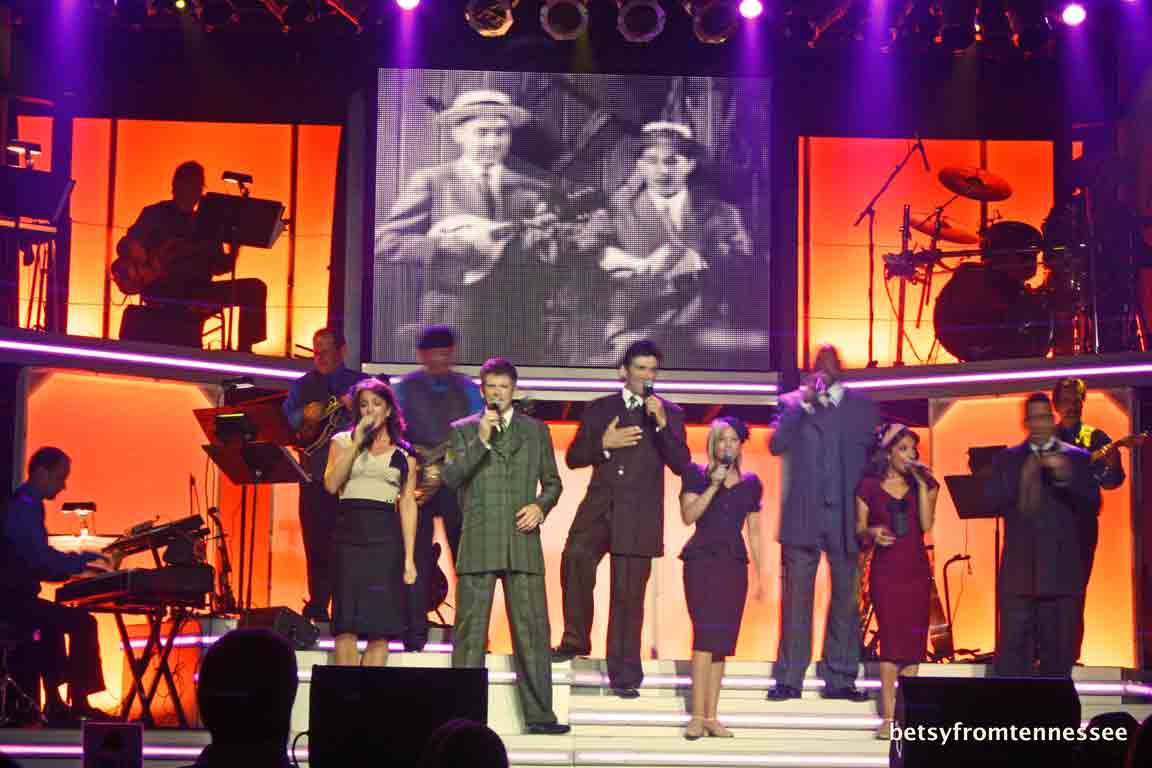 After dessert (chocolate tart),  the "Heart of Tennessee" took us on a musical journey of all of the different kinds of music in the state of Tennessee.   This was my favorite part of the entire evening.  This entertainment group was EXCELLENT --and both George and I really enjoyed it.  Here is one (of many) pictures I took during the performance. 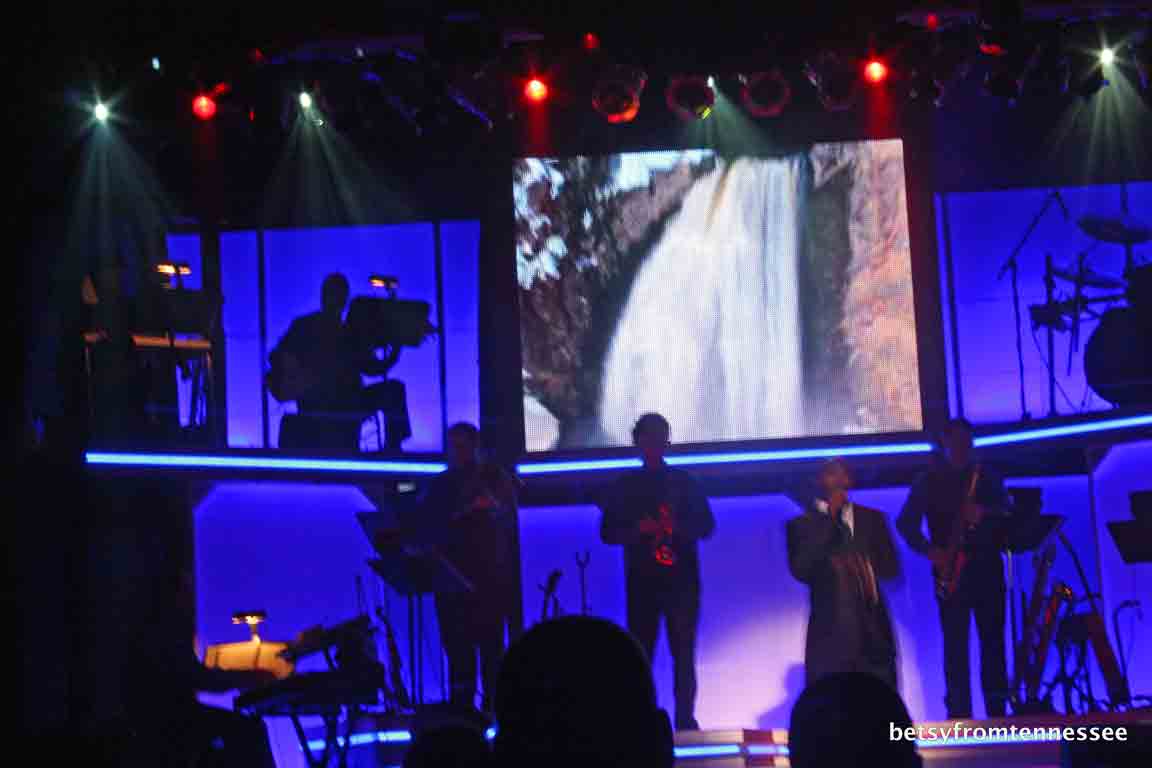 AND---just for us (I'm sure),  they showed a beautiful WATERFALL on the screen....  What could be more fitting than seeing this on our anniversary?????   Neat, huh??? 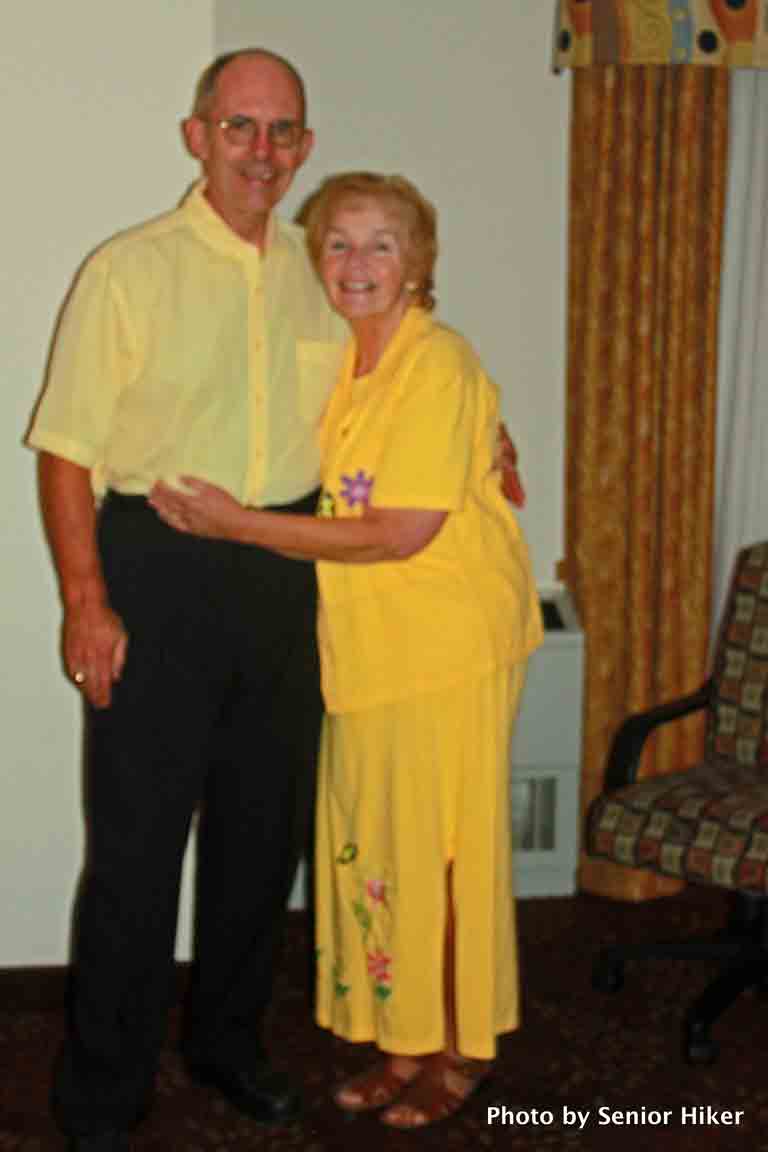 Finally,  when we got back to our room  (while we were still dressed up) ---we took one more picture of us...  (We seldom dress up these days ---so this event was quite special.)

Hope you enjoyed seeing some of our pictures from the General Jackson Showboat... If you ever get to Nashville,  be sure and take a ride!!!!  It's WONDERFUL...

I am really happy this week since we have received almost SIX inches of rain....  It was the steady, gentle rain which the yard LOVES.... All of our flowers are smiling bigtime now...

Have a great weekend and I'll see you on Monday.
Hugs,
Betsy
Posted by Betsy Banks Adams at 4:00 AM 67 comments: