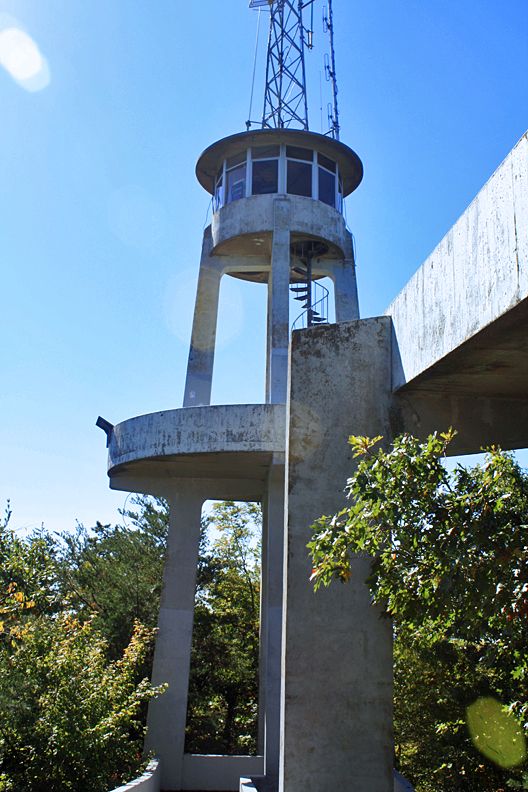 On September 14, George and I visited the Foothills Parkway in the Smokies near Townsend, TN. IF you missed the first post from this day-trip, click HERE. We had never been here before --but were excited when we found out that there was an Observation Tower on the top of the mountain at Look Rock. Of course, we 'had' to take that short hike just to check out the views. We were not disappointed...

We had picked a perfect day to be on that tower. A front had blown through the day before --so this day was as clear as a bell. Remember the song: "On a Clear Day---You can see FOREVER"???? One man at the tower said that he had been there many times and it was the clearest day he had seen... SO---for us, it was fabulous!!!!

Above is a picture of the tower. The hike up the mountain was only about a half a mile--and was worth it. Below are more! 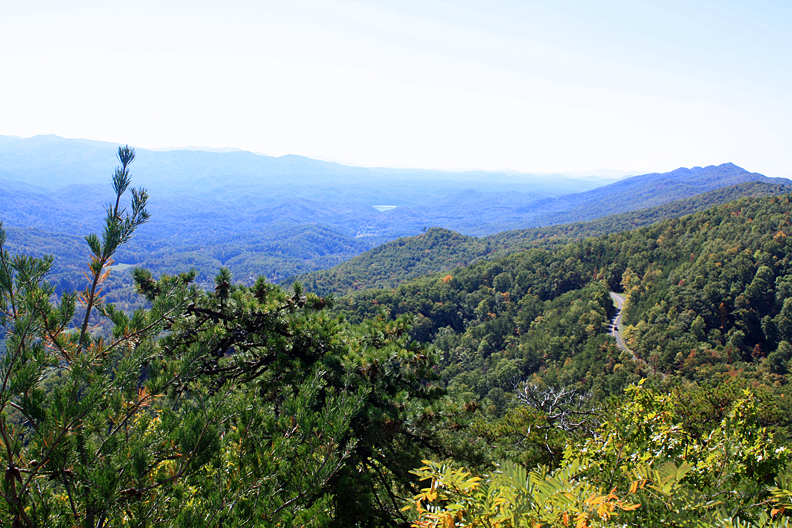 I took this picture from the tower ---looking down at the road (Foothills Parkway) below toward the right. Now--look at the picture below this one, for a look from the opposite direction. See that lake in the distance? That is LakeSanteetlah (near Robbinsville, NC). The Cherohala Skyway is in the distance. 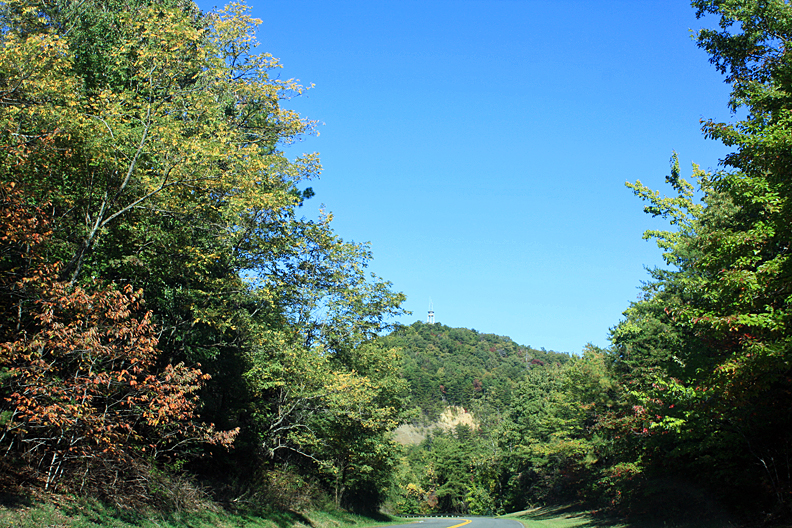 Later, when we were on the parkway, I took a picture of the tower ---way up there. Can you see it????? Now look back at the picture above this one... See if you can find our road!!!! 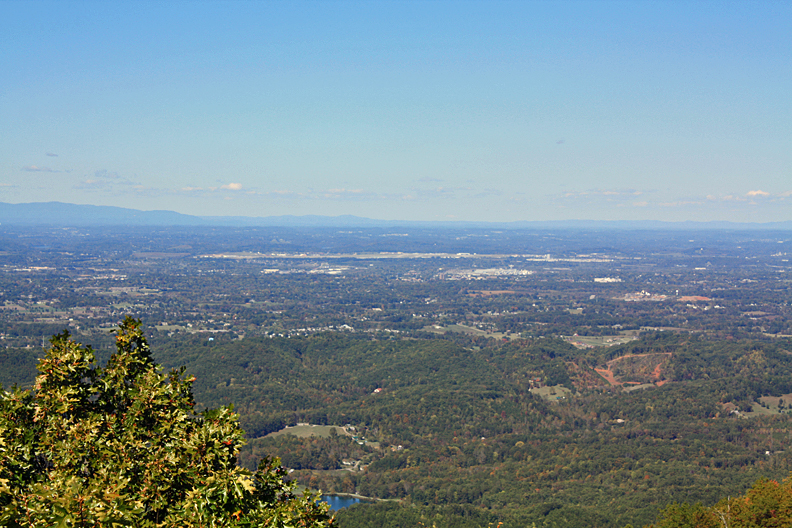 From the tower, you can see Maryville AND Knoxville in the distance, as I looked north, at the Tennessee Valley. 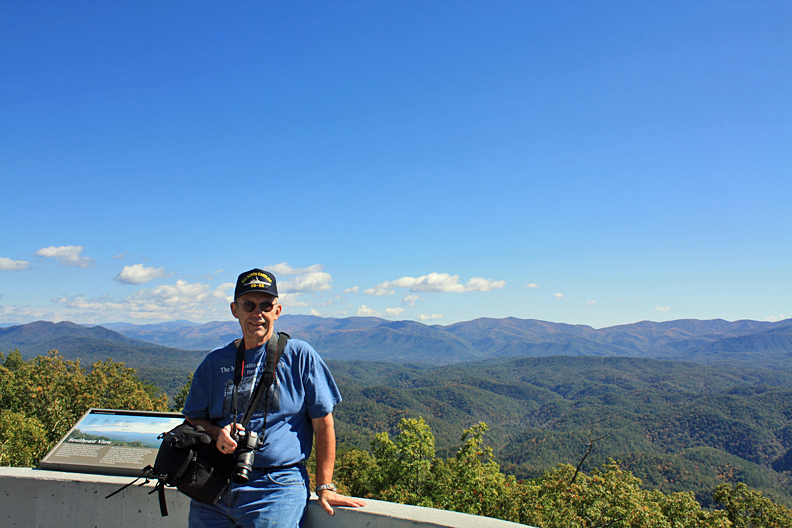 I took this picture of George --while we were on the tower (facing south). 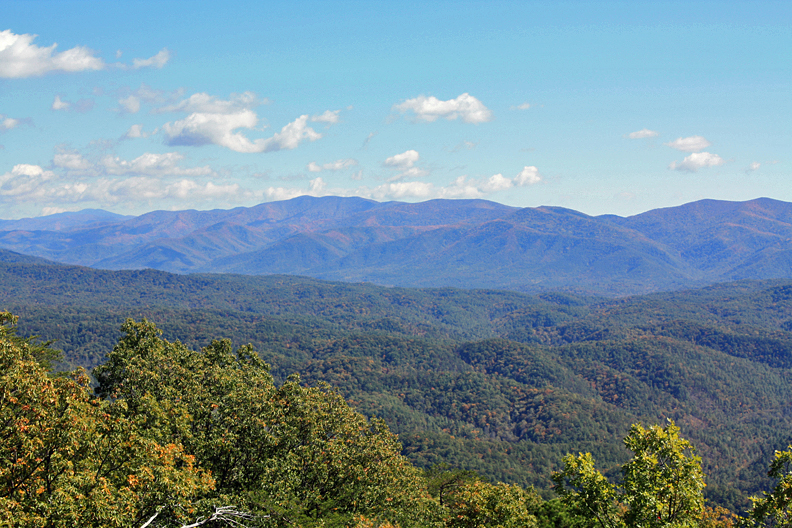 Cades Cove is over that ridge in between the mountains. As you can tell, since we went in September, there wasn't much Autumn color on the tops of the mountains yet... We did see color on the Foothills Parkway--but not so much from the top of the tower. BUT--we weren't complaining --since it was so clear up there.

I will post Part II from the Observation Tower tomorrow.

Hope you had a good day yesterday. We planted about half of our Pansies... We love Pansies since they usually last through Winter and Spring ---until it gets really hot, about July.