How Do They Do That? 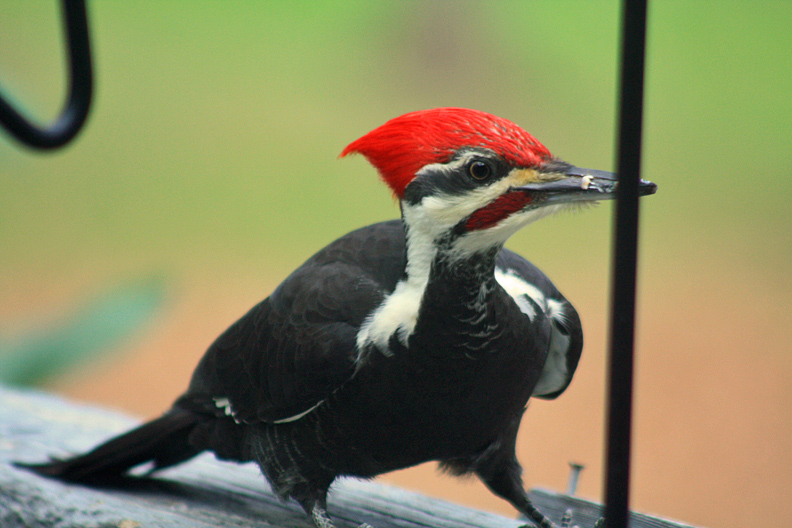 This young Pileated Woodpecker  is sitting on our deck railing ---wondering how to get to that suet feeder  (which is hanging on a clothes line across the deck). 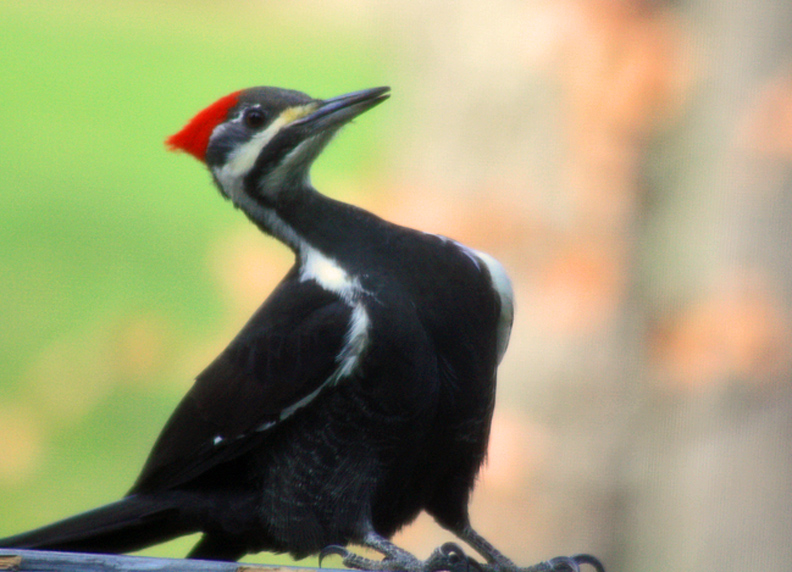 Mr. Pileated sees other birds flying up there at the feeders...  As he looks up,   I heard him ask Mr. Bluebird:  "How do you do that?"    Mr. Bluebird told him to use his wings and just fly up there and grab hold!! 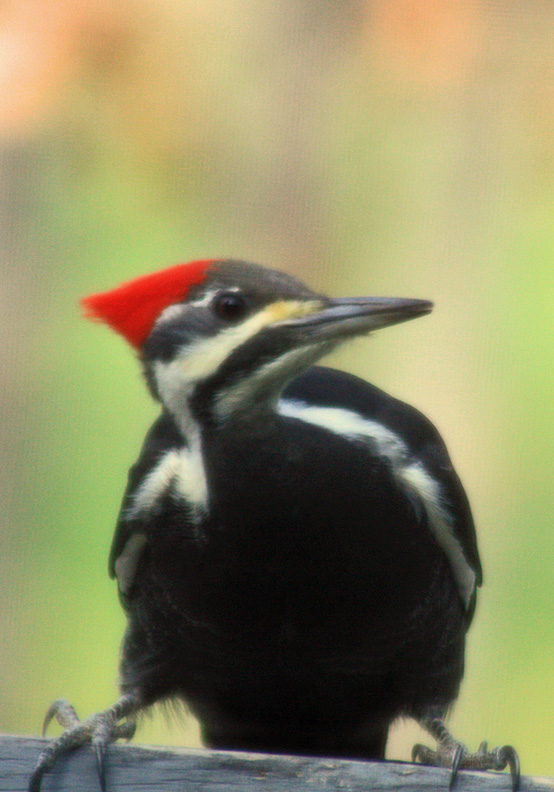 Mr. Pileated knew that he was bigger than those other birds ---so he bent down --trying to make himself smaller.   "Wonder if this will work?"  he thought to himself. 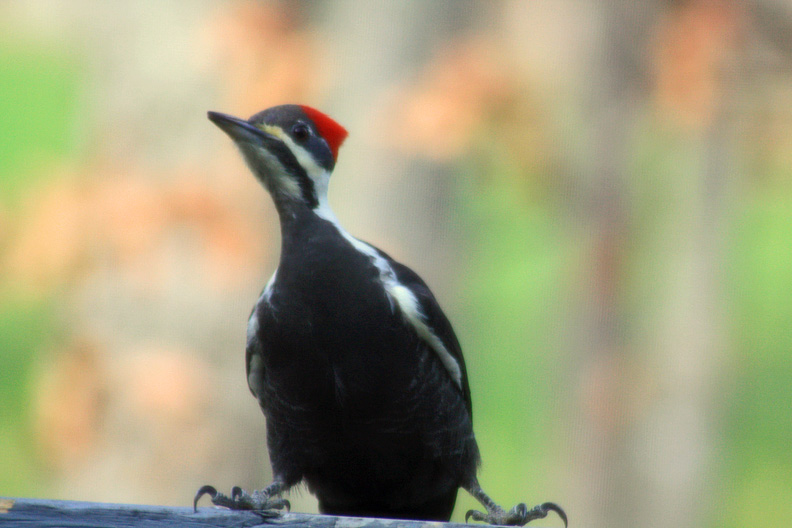 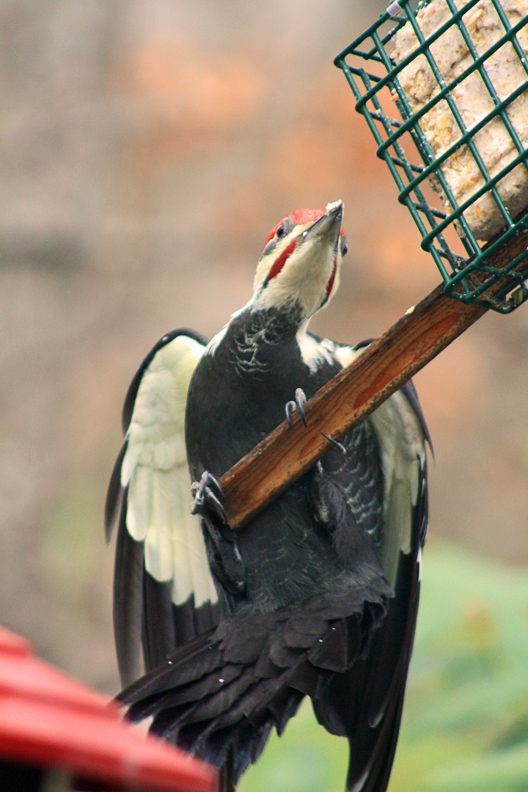 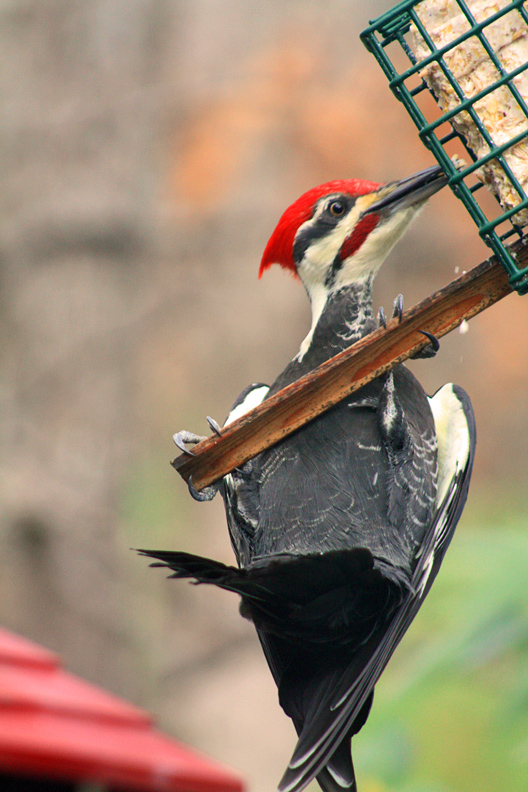 "Okay--it's getting easier!!!  This is pretty darn special... And that suet is GOOD!" 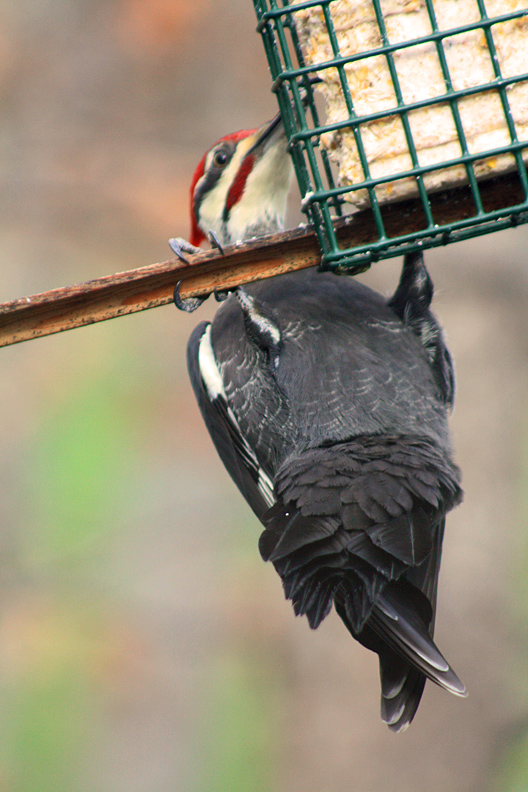 Mr. Pileated is such a gorgeous woodpecker ---and I just had to show you this picture of his gorgeous feathers.... He's a HE---but those look like a pretty little skirt!!!!! Bet he wouldn't appreciate me saying that though!!! ha ha 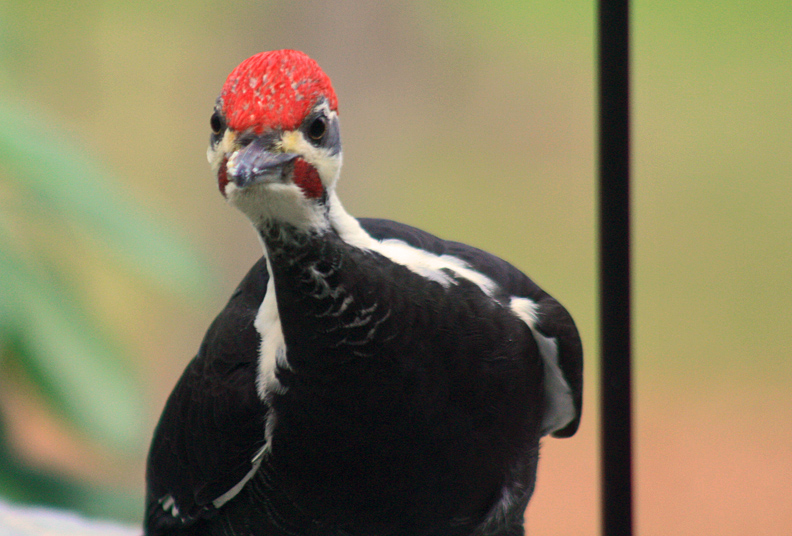 Finally,   I am showing you the funniest picture I have ever gotten of a Pileated Woodpecker... If this picture doesn't make you laugh,  WELL---nothing will!!!!!!  Isn't he hilarious?? (I think he is mad at me since I was laughing at him!!!)