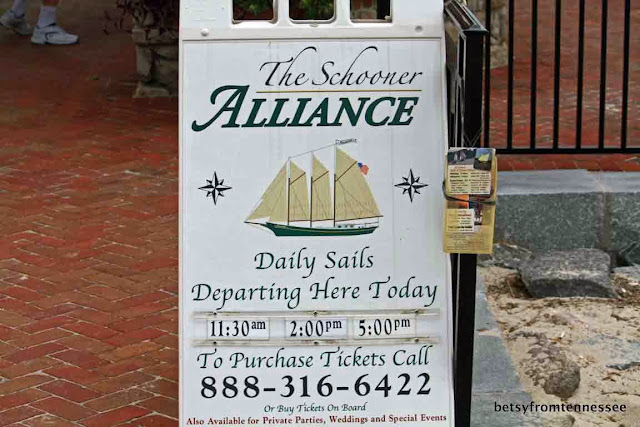 When George and I took our 10 day trip to Virginia, West Virginia and Maryland from September 20-29, 2013, we had many many highlights. However, if I had to choose an overall favorite event, it would be this one, the cruise on the Schooner Alliance on the York River at Yorktown, Virginia, on September 22.

George has always loved tall ships ---but neither of us had ever sailed on one before. We picked a PERFECT evening since there was quite a bit of wind and the weather was perfect. Being out there on the water sailing ---with no engine noise-- was AWESOME. It was so peaceful!!!!!

WELL--as you can imagine, we both took a bunch of photos. I'll share some with you today --beginning with photos we took on the day BEFORE  (Sept. 21). We drove to Yorktown to see where we would go the next evening.. While there, we watched the ship as it left the dock.... SO--the first 6 photos were taken the day BEFORE we cruised. (We are glad we didn't take the cruise that evening since rain was very close!)

The photo above shows the sign at the dock where people board the ship. Be sure to click on all photos for enlargements. 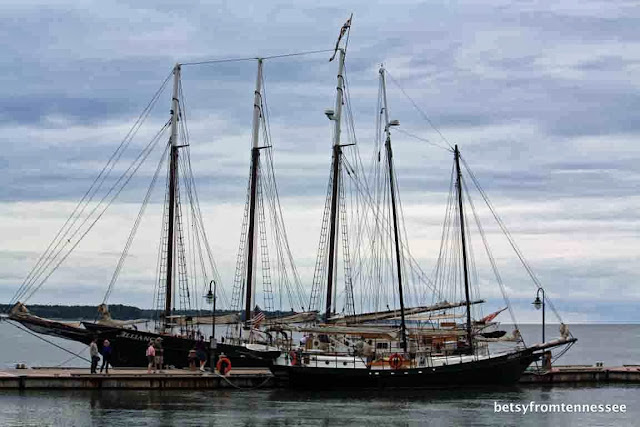 This is a photo of the Schooner Alliance  waiting to board folks.  The smaller ship there is named Serenity.  It left shore with a small group before the Alliance left. 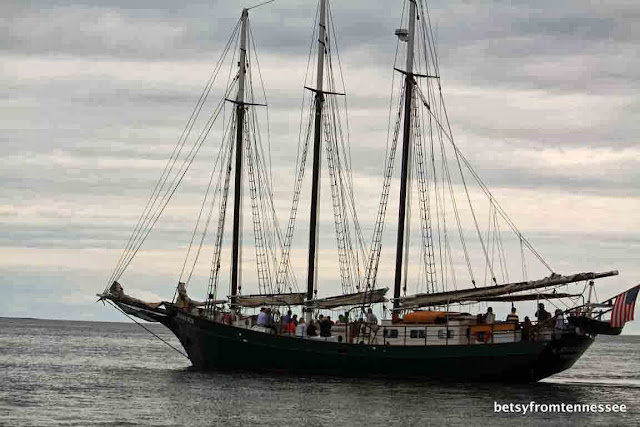 This is our ship (with a group on Saturday night), as it left shore. 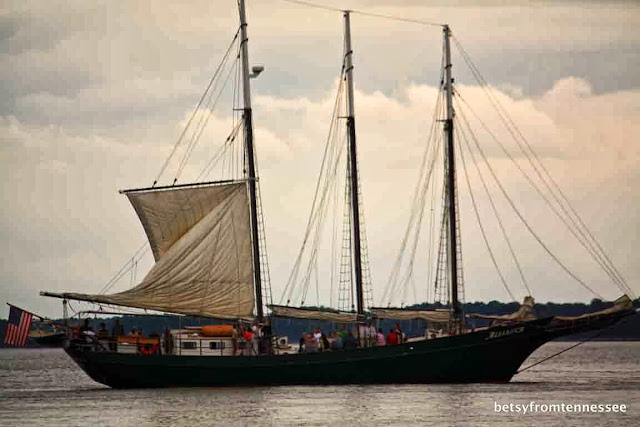 After getting away from shore,  the crew began to hoist the sails.. I enjoyed watching the crew as they worked HARD while we just enjoyed ourselves! 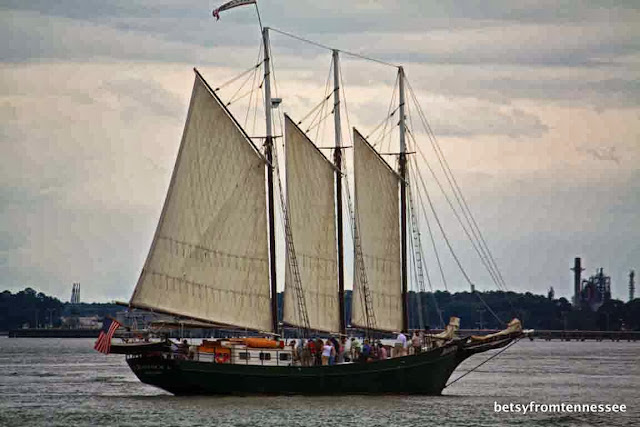 Now there are 3 sails up... There are two more smaller sails on the bow of the boat. 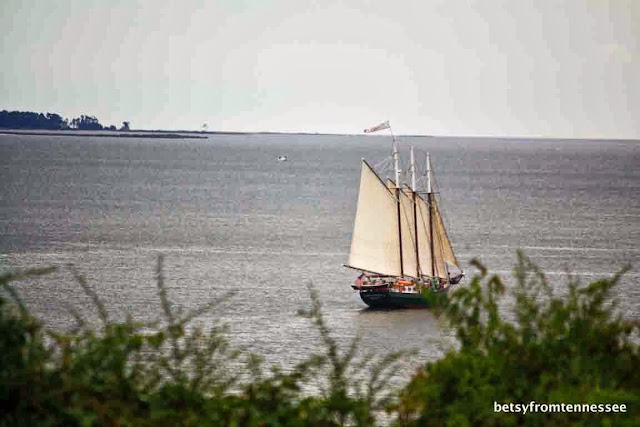 We took this photo of the Alliance from the Yorktown Victory Monument (which I will show you in an upcoming photo taken from the ship that next evening). 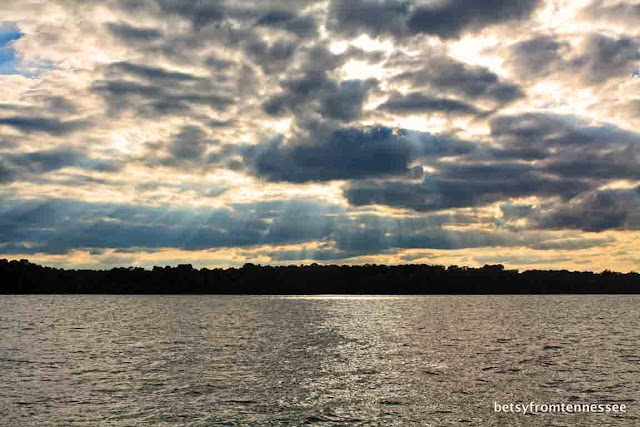 NOW---it is OUR night to enjoy the cruise!!!!!!   The sky was just awesome.  Don't you just love seeing the sunbeams? 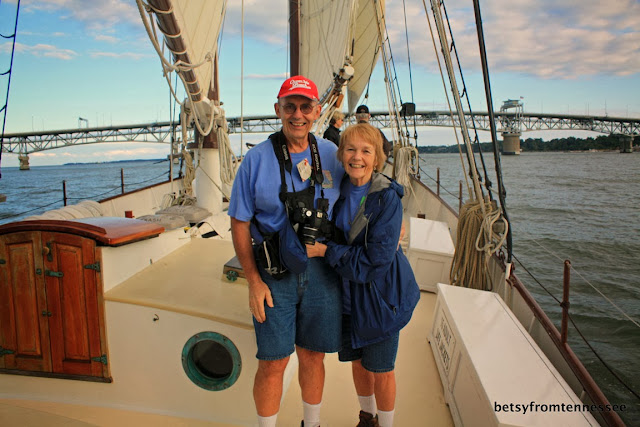 One of the crew members took our picture together on the ship.  I was cool --so had my jacket on.  George never gets cold like I do!!!! ha.   (There were probably about 20-30 people total on the ship.) 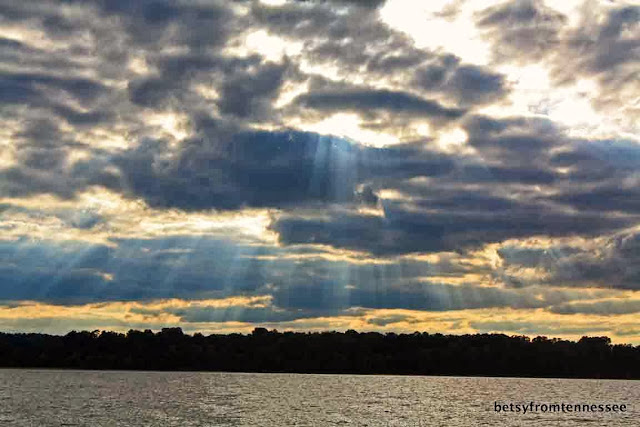 Here's one more photo taken from the water --looking at the gorgeous sky and the sunbeams. 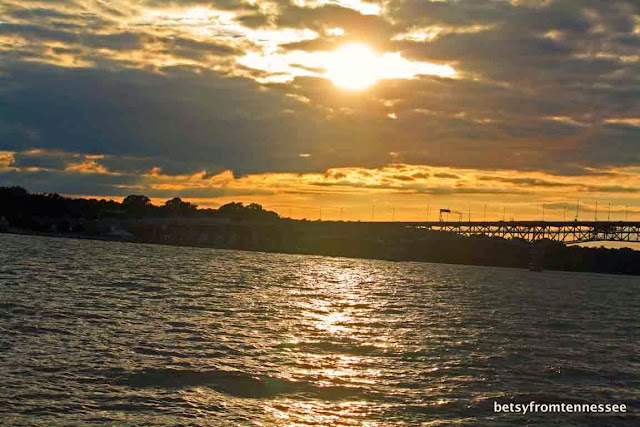 Since this was a Romantic  Sunset Cruise,  the sun and its colors really showed off JUST for us!!!! The bridge you see is Highway 17 which goes from Yorktown toward Fredericksburg. 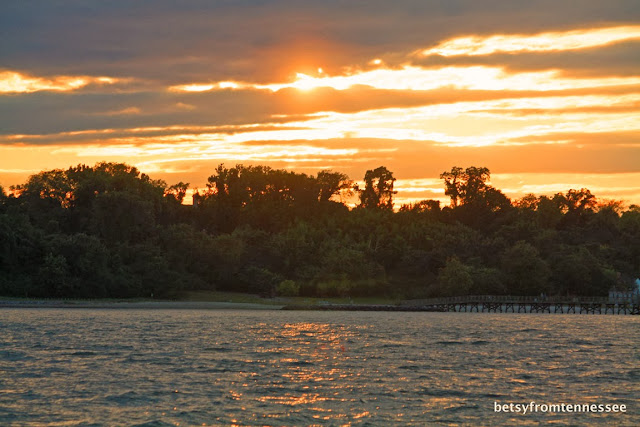 I loved seeing the sun's colors reflecting on the water!!!!  Can you just imagine being on a boat sailing along and looking at this sky????  It was magical! 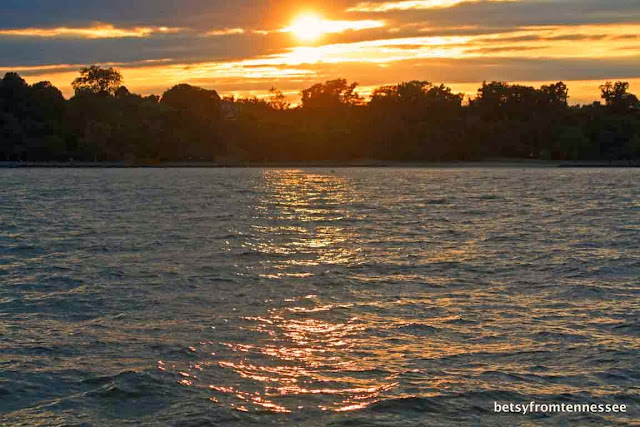 Here's another photo showing the sun and sky---and the reflections.   I took so many photos and had a hard time choosing what to include here.  SO--I'll just show you several and you can pick your fav's. 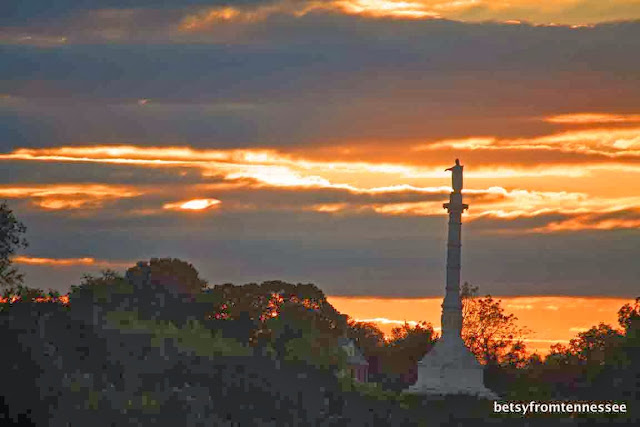 This is the Yorktown Victory Monument.   This gorgeous and HUGE monument commemorates the victory,  the alliance with France that brought it about and the resulting peace with England,  which brought about independence for the United States of America in 1783.   (NOTE: The monument is where we took the photo above of the Alliance the day before we sailed.) 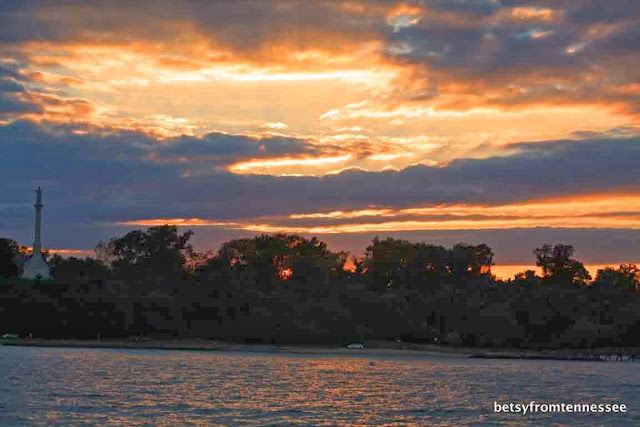 What can I say????  I just kept on snapping photos of the gorgeous sky. 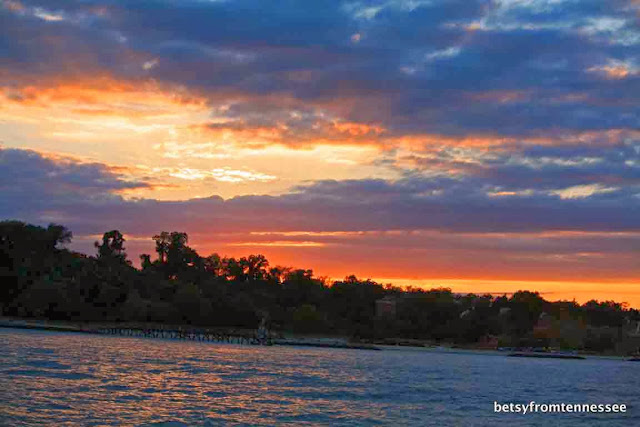 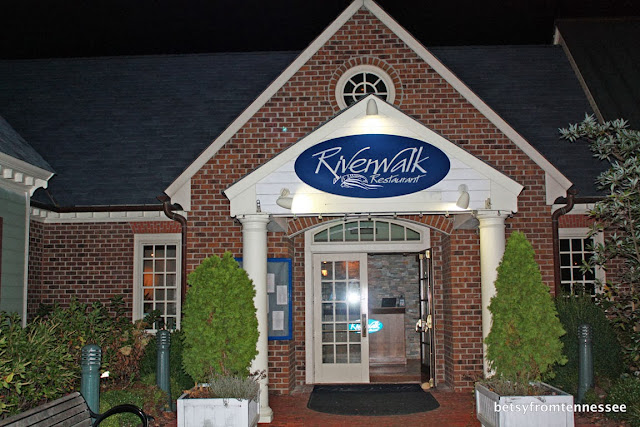 After that 2 hour cruise,  George and I went to a great seafood restaurant in Yorktown on the water for a late dinner... The Riverwalk Restaurant is a great restaurant --and we also recommend it.

Take a minute and go over to my Photo Blog (click HERE) to see one more amazing photo from our cruise.  It is one of my favorites!