Waterfalls along the Blue Ridge Parkway George and I have taken many great trips since we got married in 2001. But one that stands out in my mind was our June anniversary trip in 2007. We headed to Williamsburg/Jamestown/Yorktown---but saw many things along the way both coming and going. Today, I'm going to share with you the waterfalls we saw on or near the Blue Ridge Parkway. We saw five waterfalls on our way to Williamsburg, and then 5 more on our way home.
Here is one picture of each waterfall beginning with one of my favorites, ROARING FORK FALLS above. This 100-foot cascade is in Yancy County and is off of mile marker 344.1 (North Carolina 80). It's about a .7 of a mile hike (easy). Below are others which we saw on that trip in 2007. 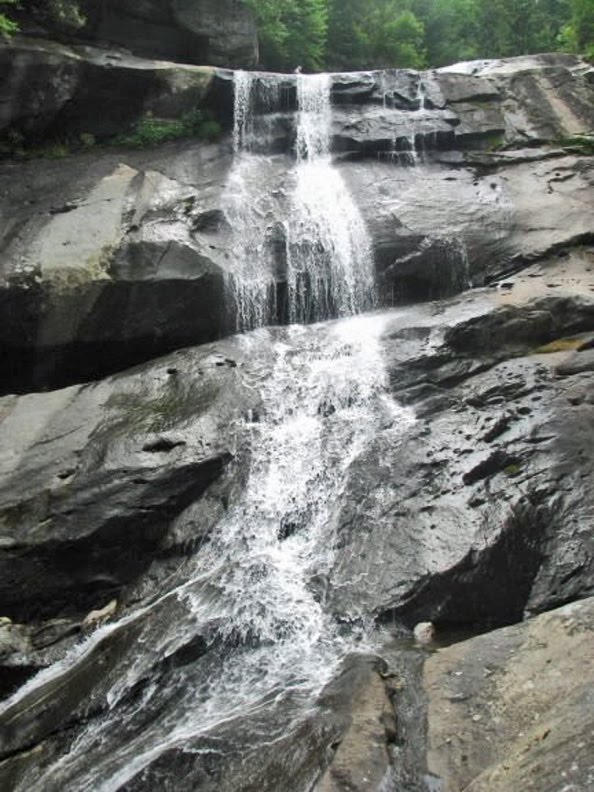 This is LOWER CREEK FALLS at Chestnut Mtn, NC. I rested on rocks above this waterfall while George hiked around getting more pictures. 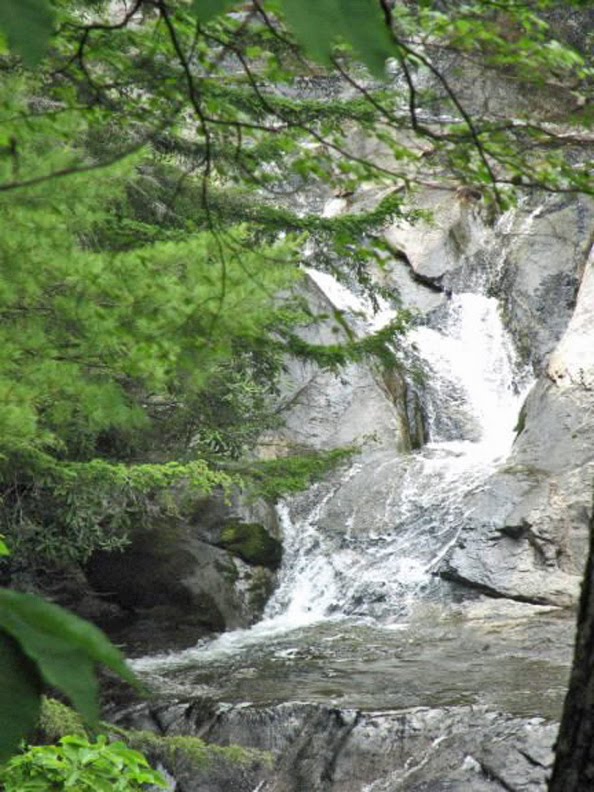 This is UPPER CREEK FALLS. Both of these waterfalls are off of Mile marker 312.1 (North Carolina 181) and are not far from Linville Falls (which we saw in 2004). 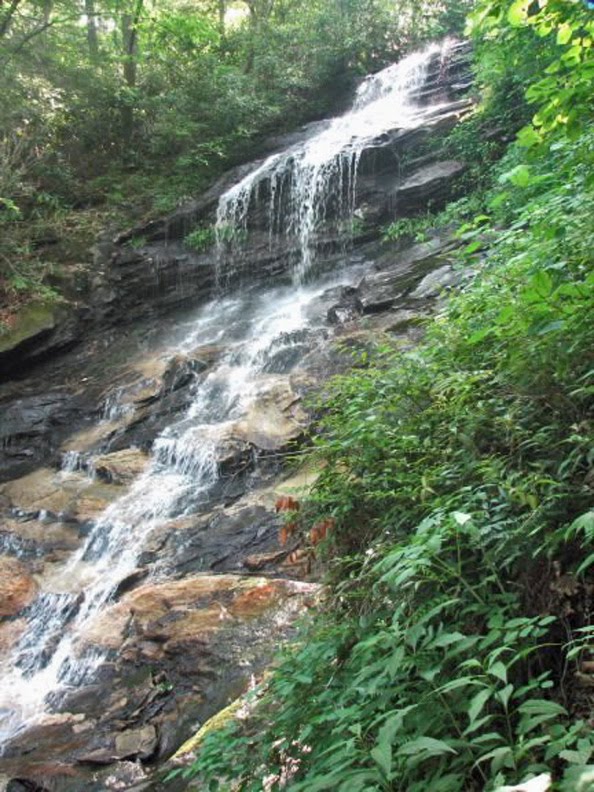 This was one of my favorite places to stop on the Blue Ridge Parkway. There is a nice hiking trail there and this waterfall, called the CASCADES ON THE PARKWAY, was beautiful. This was at mile marker 272. 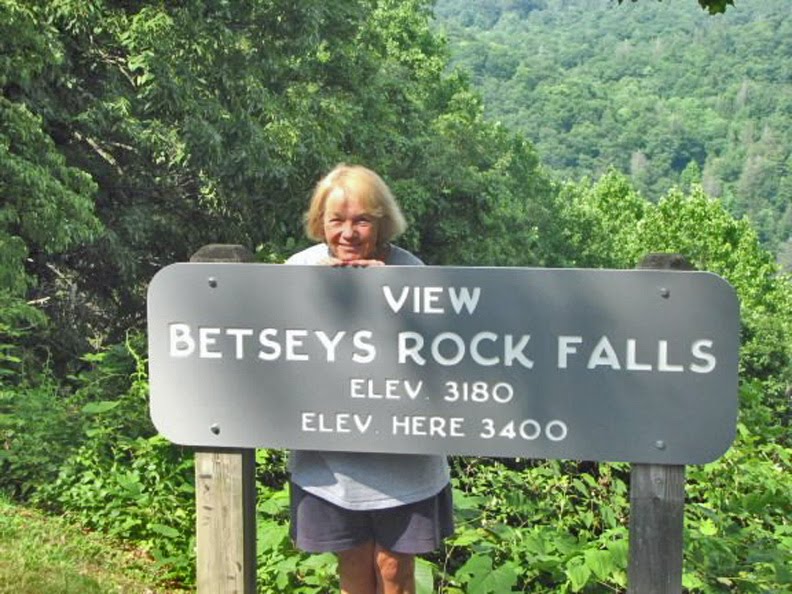 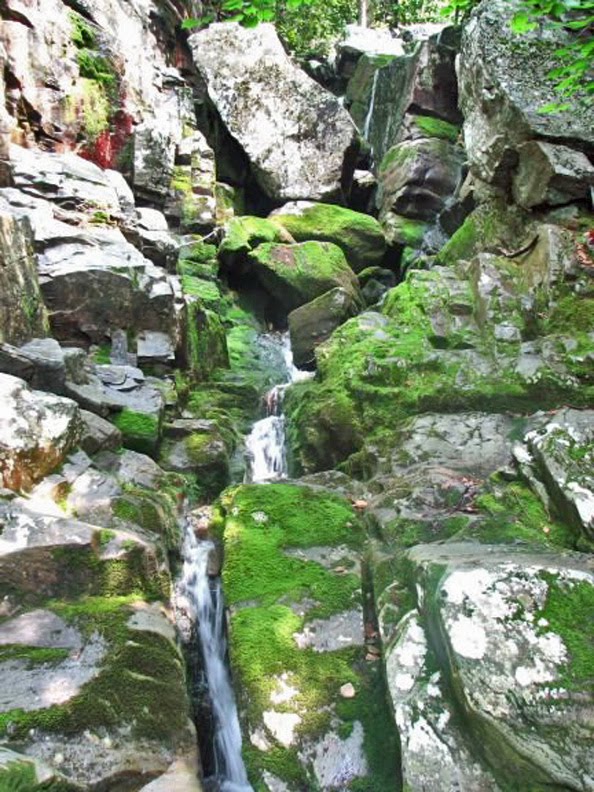 This is WHITE ROCK FALLS, at mile marker 19.9 near Tye River Gap, VA. The two-mile hike wasn't easy and as you can see, there wasn't much water coming over the falls. This would be a pretty area to return to during the rainy season. 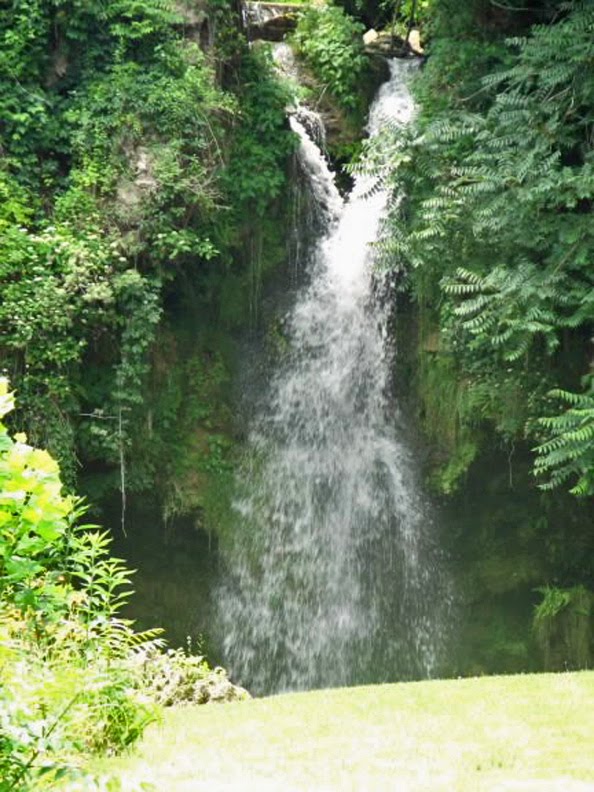 GLENN FALLS was a 'surprise' waterfall for us (one that was not listed in our waterfall info). We got off of Virginia State Road 56 and were driving down the mountain toward Vesuvius, VA to find a place to have some lunch. This beautiful waterfall is on private property --but when we saw it, we just HAD to stop and take some pictures. 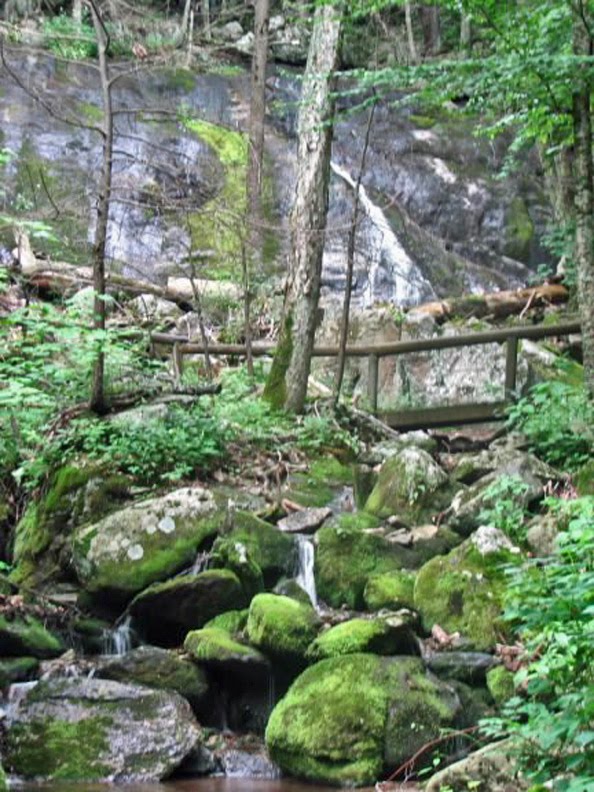 This is WIGWAM FALLS, found at mile marker 34.4 in Virginia. This waterfall is located right off of the parkway--but again, there was very little water. This was a pretty area, and we saw a reconstructed narrow-gauge logging track near here. 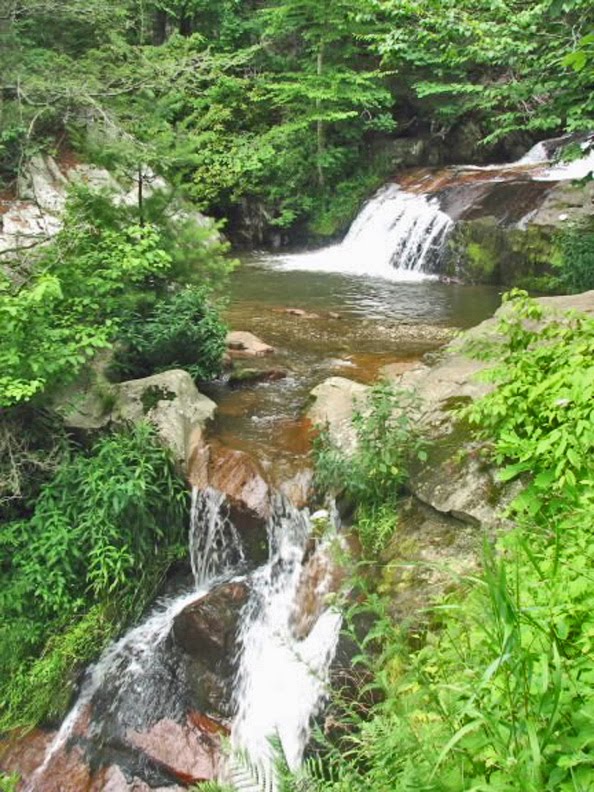 This little beauty is STATONS CREEK FALLS, off of mile marker 45.6 in Virginia. The top part of the falls was all that we could see. Our waterfall books said that there are 2-3 more levels below. But--what we saw was pretty, don't you think? 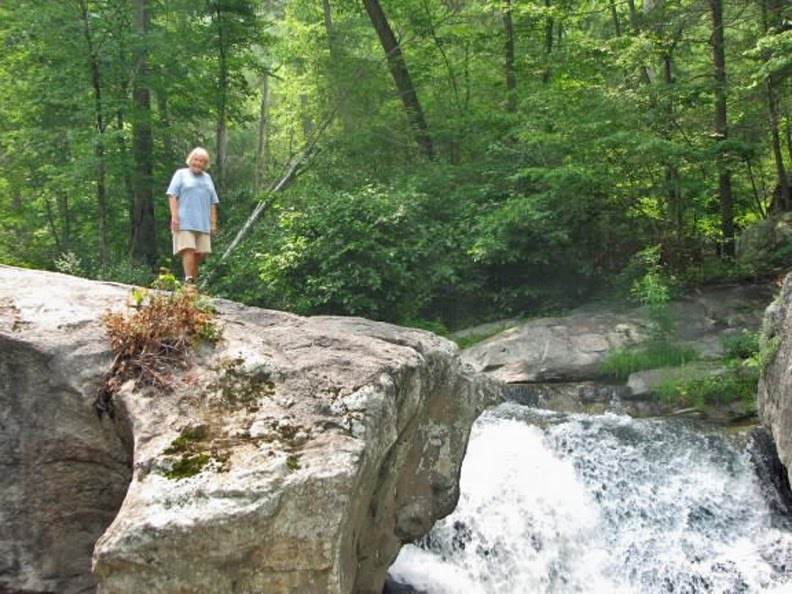 The last waterfall we saw on that trip was PANTHER FALLS, off of mile marker 45.6 in Virginia, not far from Buena Vista. I am standing at the top of Panther Falls. I think I'm telling George that it's time to head on home!!!!!! It was a great trip--but a long one!
We saw one other waterfall (not near the parkway) during that trip (one near Crewe, VA--west of Richmond). SO---after getting home, we were thrilled that we had seen ELEVEN new waterfalls that week. Even if you are not a 'waterfall lover' like we are, you have to enjoy some of the ones I have featured here. What is your favorite????
++++++++++++++++++++++
On another note, CONGRATS to my UNIVERSITY OF TENNESSEE VOLS--who came within ONE point of making the Final Four in the NCAA Basketball Tournament. I'm sorry they lost --but I'm very proud of them. NOW---I am definitely hollering for BUTLER to win it all!!!!
Hugs,