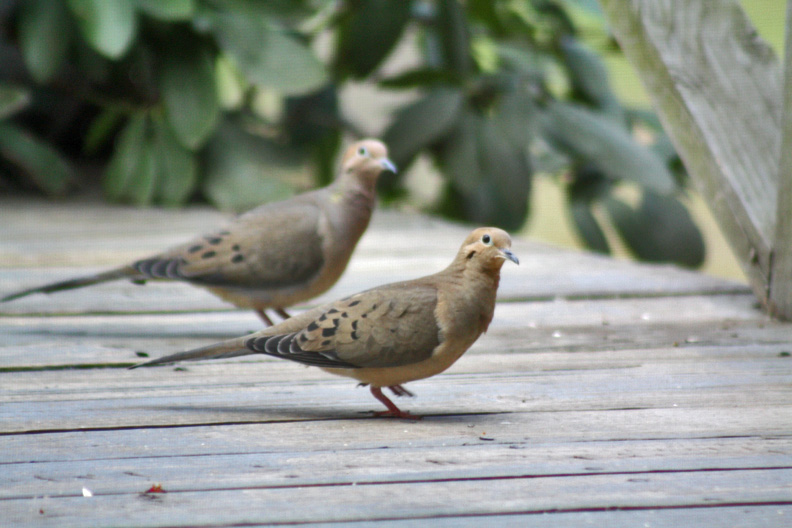 Just so my 'other' birds (besides the Bluebirds) won't get totally JEALOUS, I thought I had better feature some of the other 'pretties' at my feeders recently... Above are my two Mourning Doves who clean the deck floor for me--so that I don't have to sweep very much! Doesn't it look like they are dancing???? "Tea for Two--and Two for Tea"........ 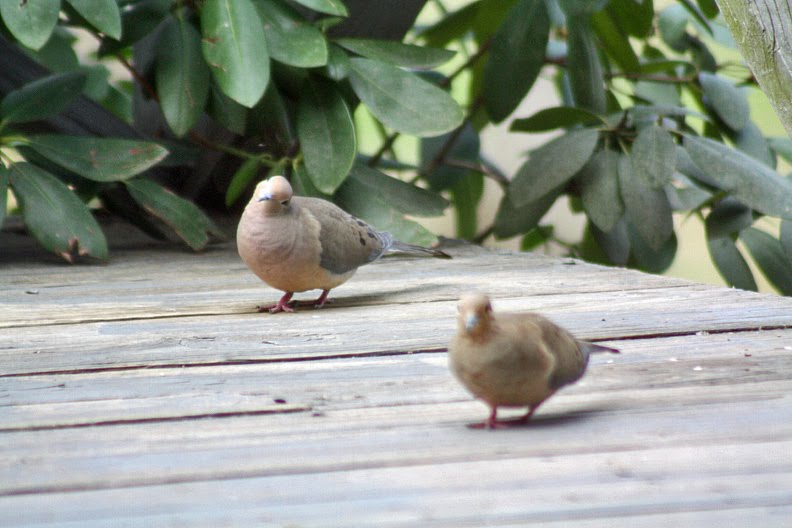 I focused on the back one this time ---since he was 'cocking' his head---telling his friend that she wasn't dancing right!!!!! Male Mourning Doves have a bluish head and a rosy colored neck/breast. The female is much browner in color. 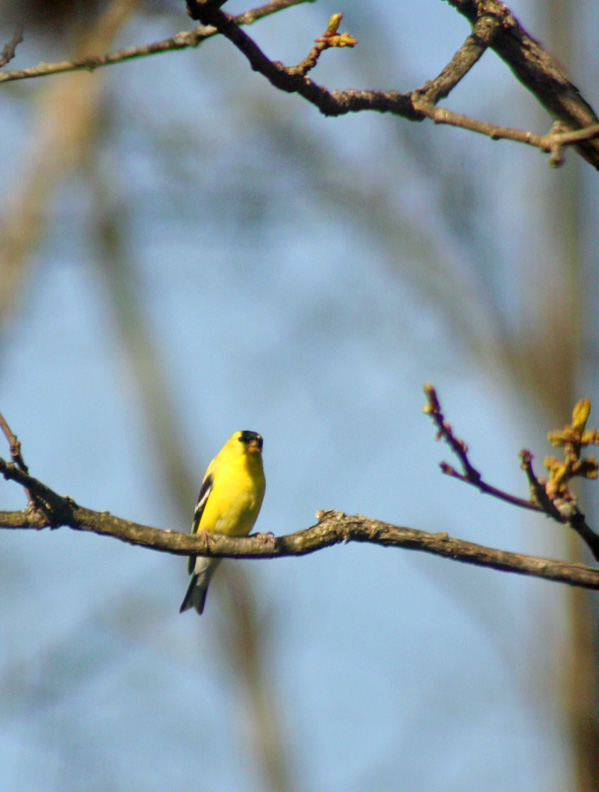 The male Goldfinch is showing off his beautiful yellow color now. 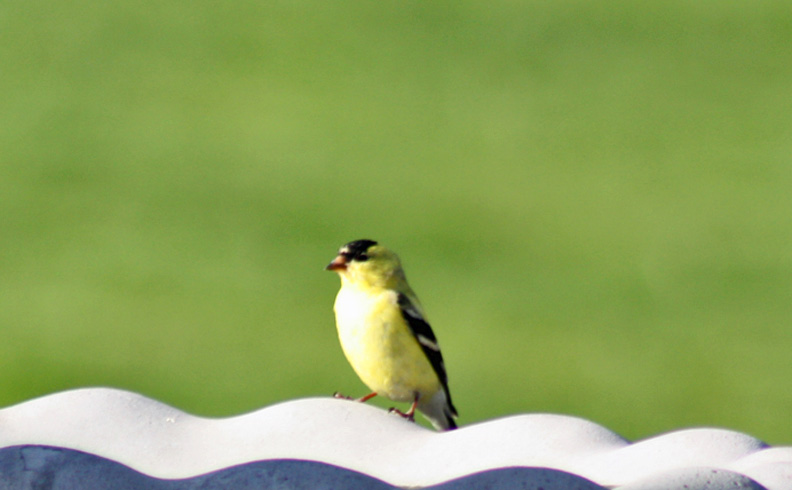 Here's another picture of a male Goldfinch at the birdbath. 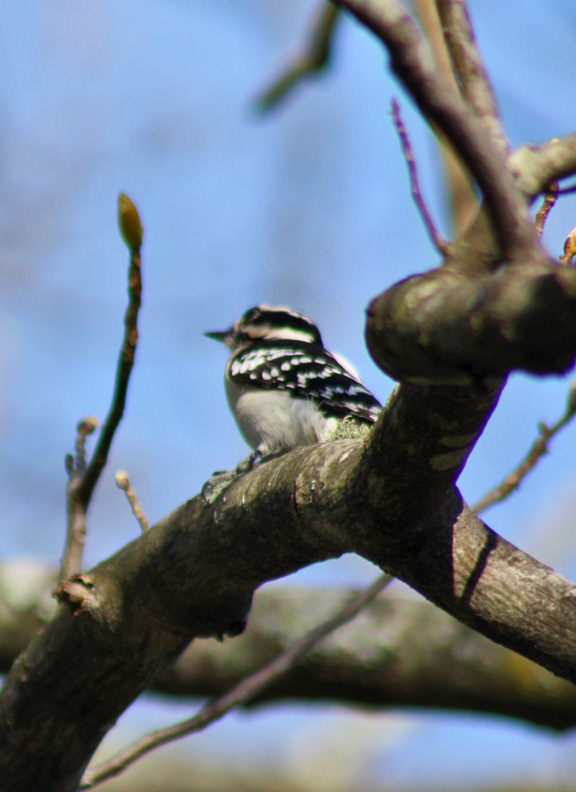 The little Downy Woodpecker loves to come to the nearby trees and wait for a turn at the Suet feeder. 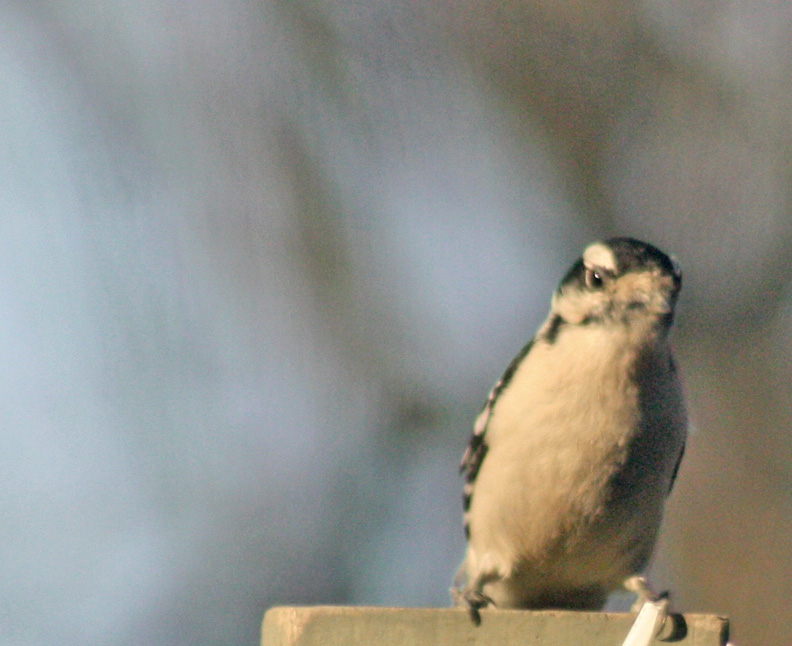 This is not a great picture ---but I included it since I seldom get a picture of a Downy Woodpecker from the front like this.... 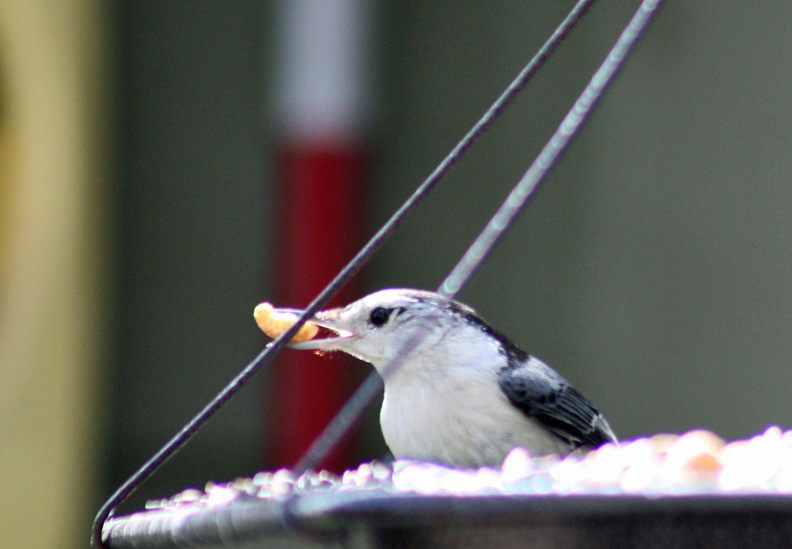 This is one of the best pictures I have gotten of one of our White-breasted Nuthatches. These guys love me since I put out peanuts JUST for them. They will go back and forth to the plate feeder --until all of the peanuts are gone!!!! 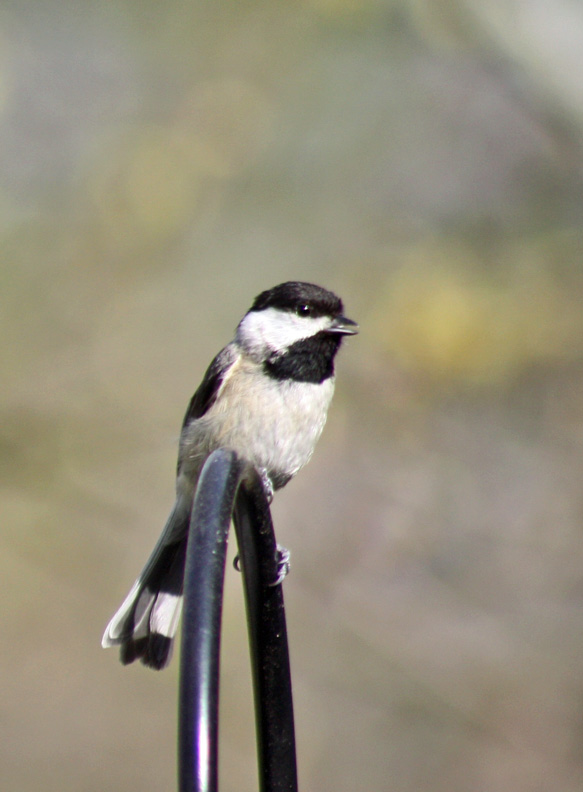 Finally, this is one of the best pictures I have made of one of our Carolina Chickadees. When I was sitting at the picnic table on the deck watching the Bluebirds going in and out of the nestbox, the Chickadees, Nuthatches and Goldfinches would go to the feeders --even with me out there. That's how I got some good pictures from outside.
I did see two new birds (LIFERS to me) this week---but didn't get a picture yet. They were ground feeders in my backyard. One was a male Cowbird and one was a female Cowbird. I hope to see them again --and get a picture sometime.
So far (thanks to your good thoughts and prayers), we have missed the worst of the storm --and I don't think our temperatures will go down as low as we once heard that they would...... Yeah Rah!!!
Have a wonderful Friday.
Hugs,