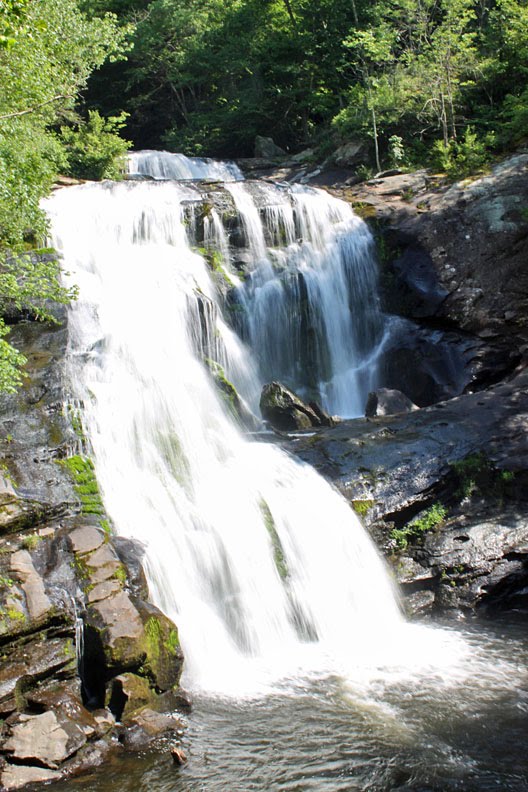 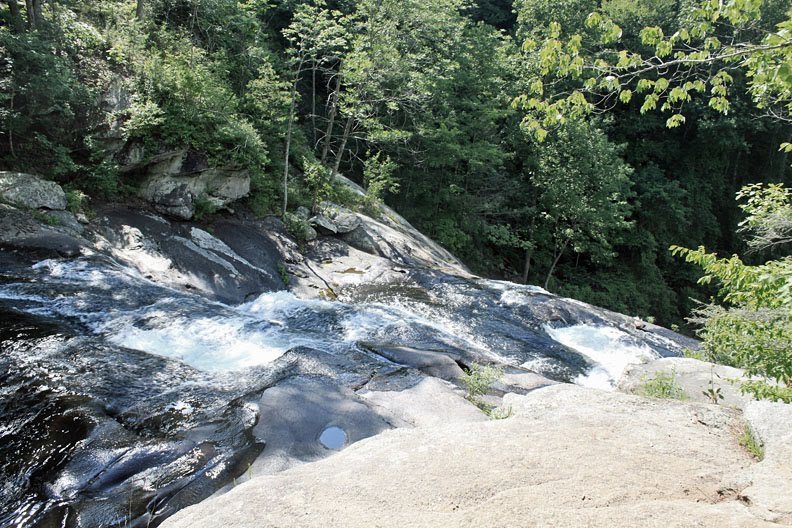 This is the brink of Bald River Falls... GOSH---I hope nobody ever tries to walk across the top of that waterfall. It's a long way to the bottom (as you can tell by looking at the top picture). 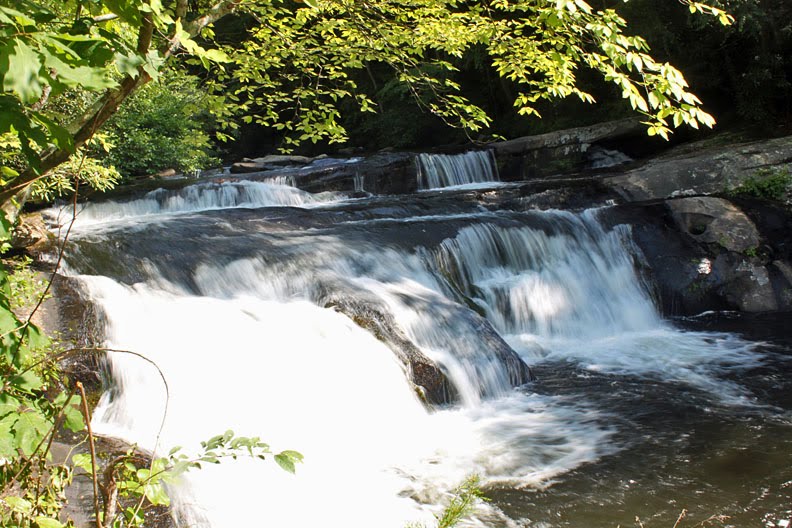 This is Kahuna Falls. This is the first one above Bald River Falls. 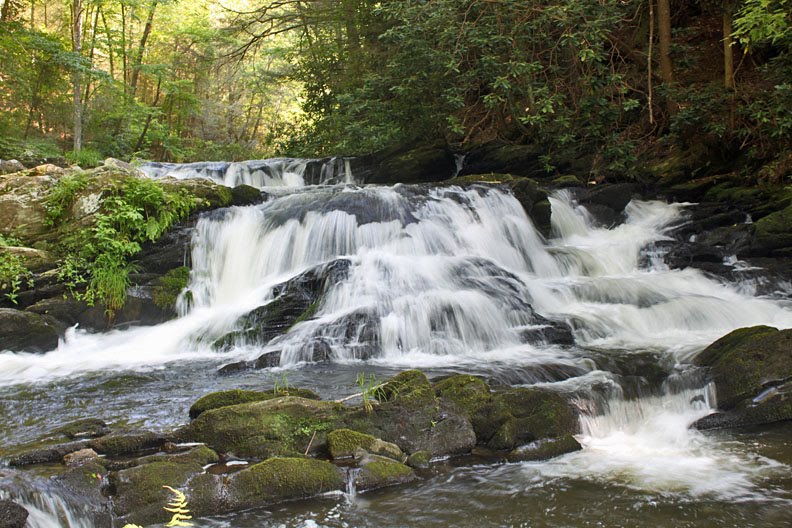 Isn't this a gorgeous area???? (I wanna see it... Whine Whine!!!) This next waterfall after Kahuna is called the Bald River Cascades... Wow!!! 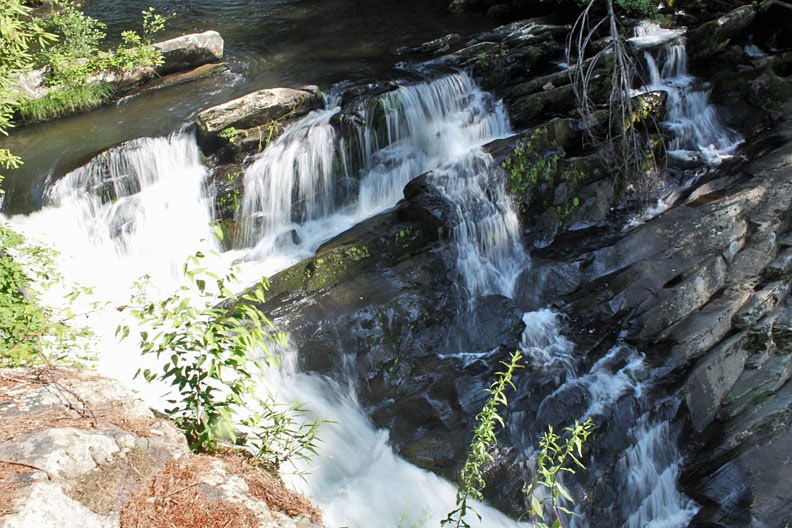 This one is named Suislide Falls... I guess it would definitely be 'suicide' if you tried to slide down that waterfall. Yipes!!!! 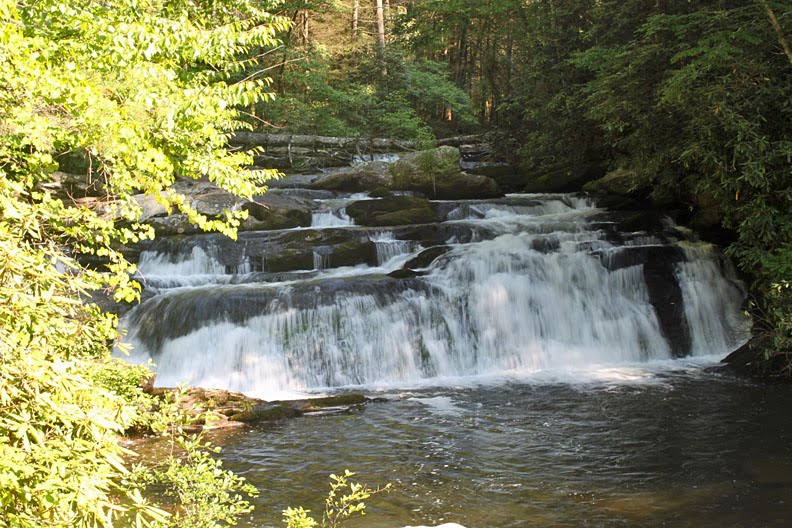 Finally, the fifth waterfall on Bald River is named Shallow Falls... IF you are ever in the Tellico area, we recommend all of the waterfalls in that area... George was THRILLED to see some new waterfalls that day --and I just enjoyed the ride.
+++++++++++++
Blogger Tip #3: Don't put too many pictures on each post; I previously posted about 12 pictures on each post--but have changed it to 6. I have noticed that people will take time to look at a blog IF it is not too long. Otherwise, they just scan it. Hope this helps!!! (Remember ---these are just MY ideas after being a blogger since 2006. AND--I also need your tips!! Thanks!)
Hugs,