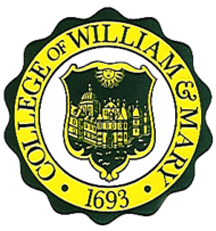 Please check back at this post (click HERE)  where I talked about my 8 Great Grandfather Thomas Ballard (1630-1689).  In that blog,  I mentioned that I had two more stories about Thomas Ballard to share.  I am finally getting back to these stories,  at least one of them..  The first story talks about his involvement with William and Mary College (in Williamsburg, VA).

The history of  The College of William and Mary can be traced back to a 1693 royal charter establishing  "a perpetual College of Divinity,  Philosophy,  Languages,  and the good arts and sciences"  in the British Colony of Virginia.  It was named for the reigning joint monarchs of Great Britain,  King William III and Queen Mary II.

William and Mary is the 2nd oldest institution of higher learning in the United States.  Do you know the oldest one???? It's Harvard.

Now--you might be wondering what this college had to do with my 8 Great Grandfather,  Thomas Ballard.  WELL----Thomas Ballard owned the land where William and Mary now stands.  AND---he sold part of this land to the college trustees.

Thomas Ballard was a wealthy man  (wish I had some of that wealth now!!! ha) and owned a large amount of land around the Middle Plantation area.   (Note:  Middle Plantation is now called Williamsburg.)  Thomas  Ballard purchased the land from the Honorable Thomas Ludwell,  Secretary of State from 1660-1678.   In 1693,  Ballard sold that land (330 acres) to the Trustees of the College.  Now--only about 30 acres remain as part of the college.  The remainder of the land was sold. 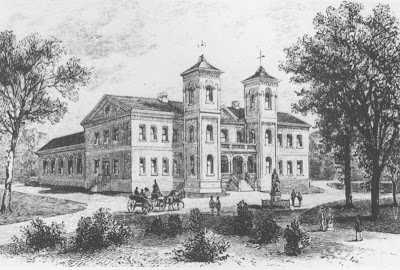 Since my 8 Great Grandfather died in 1689,  his son Thomas Ballard Jr. (1655-1711;  my 7 Great Grandfather Ballard) made that sale in 1693 for him.   When I visited Williamsburg,  we went into the Wren Building at William and Mary College. This building will opened for students in 1700.   It is nice to know that one of my ancestors had a part in establishing this beautiful college. 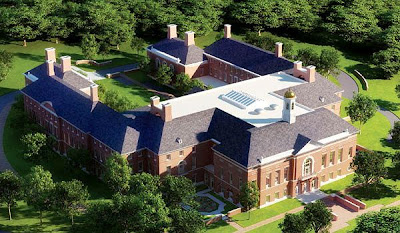 The college closed for about 7 years after the Civil War, but reopened in 1888.   The college continued to grow,  even during the recession.  Today,  William and Mary has students from all 50 states and 43 foreign countries.  There are 5800 undergraduates and 1925 graduate students.   Twenty six percent are students of color.  Seventy nine percent of freshmen graduated in the top 10% of their class. The student/faculty ration is 12:1. 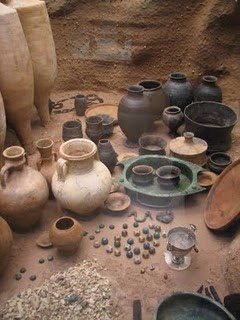 Several years ago (1997),  utility workers discovered the foundation walls of an upper-class home buried on the College of William and Mary campus,  while they were digging a ditch for water pipes.  After finding that,  archaeologists explored that foundation and collected artifacts to help them determine the foundation's age.  It is known that only the wealthy could afford brick foundations.

They determined that the structure was there between 1634 and 1699.  After much research,  the archaeologists said that the house may have belonged to the wealthy and prominent Thomas Ballard,  who sold the land to the college's founders.

How 'bout that?????   I am not sure what they have done with that foundation since 1997,  but the next time I go to Williamsburg,  I want to see if I can find it.  It would be so neat to see something which may have belonged to my ancestor that long ago.  Can you see how interesting and exciting this genealogy research is????  I love it!!!! 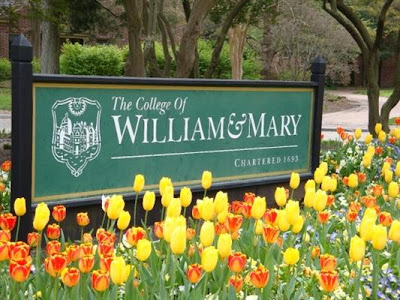 If you ever get to Williamsburg,  be sure and visit William and Mary College.  My 8 Great Grandfather had a part in establishing this college.  Neat, huh?

All pictures/illustrations came from the internet.

Also,  just wanted everyone to know that the storm missed us on Tuesday night/Wed. morning.  The only thing which woke us up about 4:30 a.m. was a HUGE (I mean HUGE) clap of thunder...  We had some lightning and thunder and a little rain.  BUT--the worst went south (and north) of us.  We got lucky AGAIN.  Thanks be to God.
Posted by Betsy Banks Adams at 4:00 AM 48 comments: