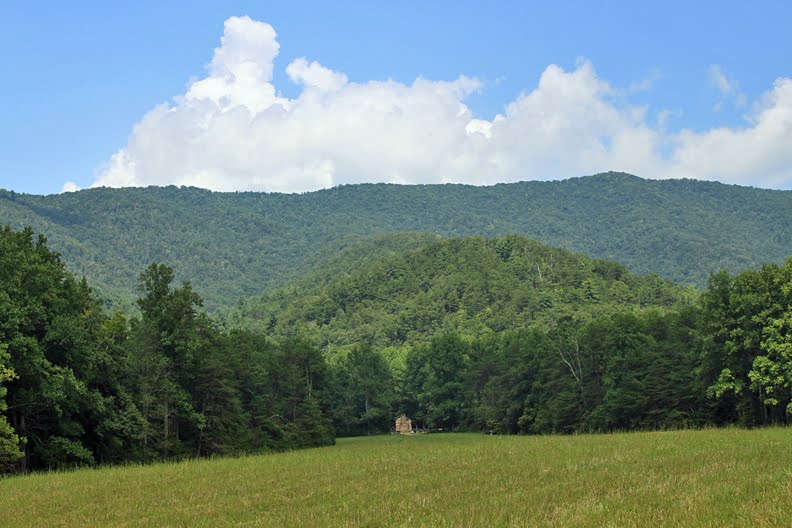 On our visit to the Smokies on August 27, we visited Cades Cove, one of our favorite places in the Smokies. To find out more about Cades Cove and to see a map of the 11 mile loop road, click HERE. You will see the John Oliver Cabin, which is No. 2 on the map.
This is one of over 70 historic buildings in the park. The collection is believed to be the largest of its kind in the East. John Oliver arrived in the cove prior to 1820 and bought this land in 1826. It remained in the family until the park was established more than 100 years later.
Above is the John Oliver cabin, taken from the road. You can tell that it's a little walk to get to the cabin. Below are more pictures. 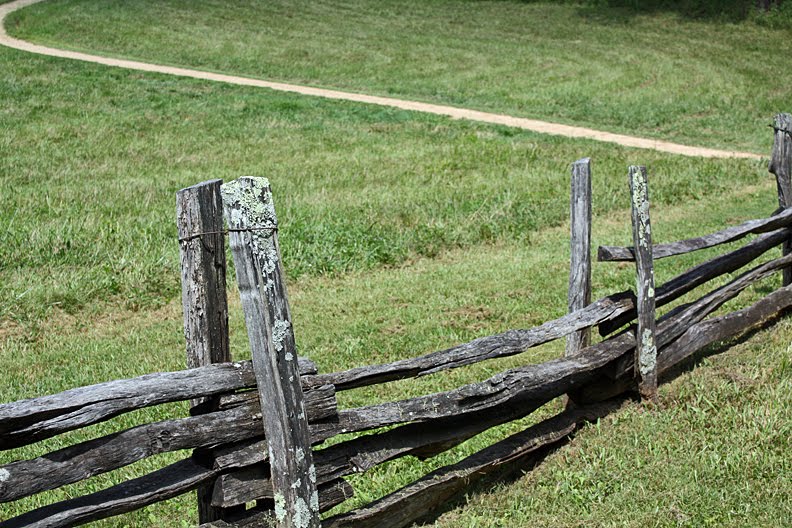 Cades Cove has fences similar to this around in several of the homes and places along the 11-mile drive. I am a 'fence' person---so as you can imagine, I took several pictures of the fences. 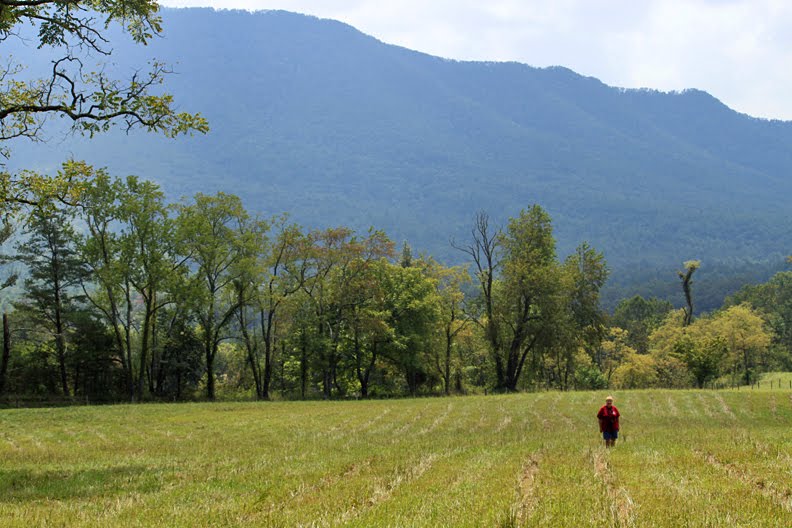 You saw the big field between the road and the cabin... WELL---I took off across the field while George took the path closer to the cabin. He took a picture of me out in the field.... (Luckily, I didn't get any chigger bites!!!! ha) 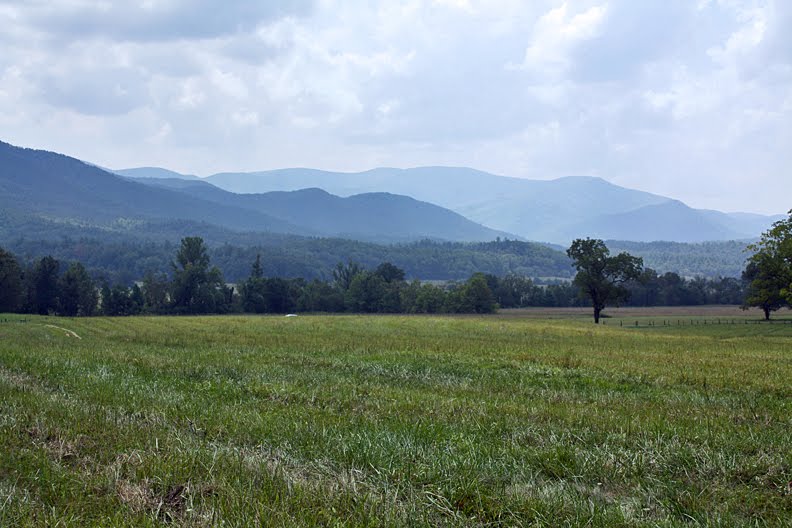 If you stand at the cabin, this is the view you get of the mountains across the cove. Isn't it fabulous (despite the fact that it was hazy looking that direction)? 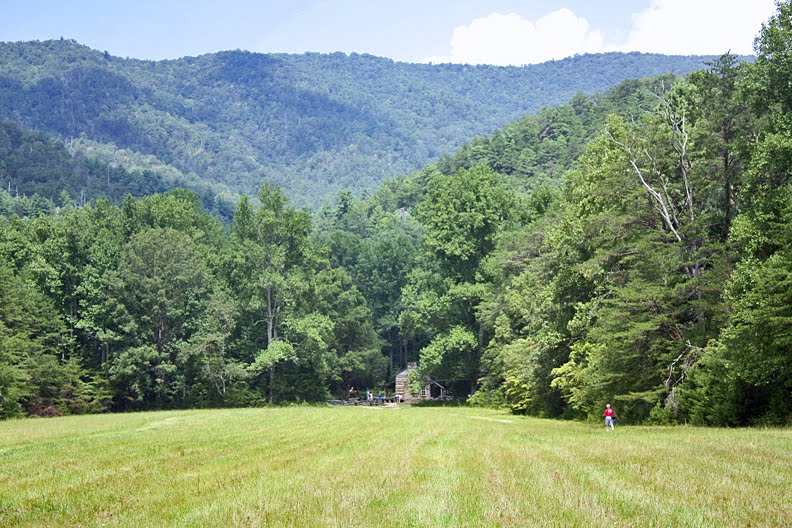 This was taken by me from the middle of the field --looking toward the cabin. You can see George walking on the path to get a close-up picture of the cabin. 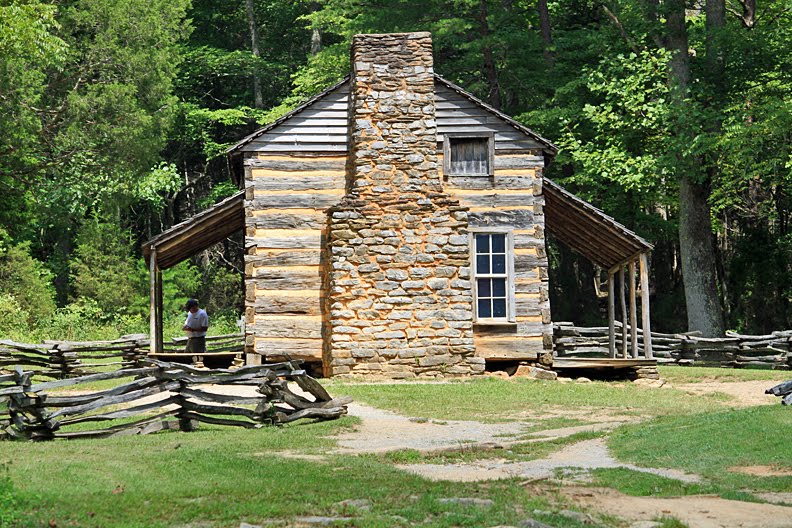 George took this picture when he got close the the John Oliver Cabin. Looking at this cabin, it amazing that large families often lived in such small buildings. Exact arrangements differed from family to family. Usually, however, parents, infants and daughters slept on the first floor and sons slept in the loft.
Not much except mules, muscles, simple tools and neighborly help was needed to fell the trees, get them to the building site and build the house. The round logs first were scored along their length with a felling ax, then hewn with a broad ax. The notched corners need no nails or pegs; gravity holds them together
Chinks (open spaces between logs) were filled with mud to seal out wind, snow and rain. The stone chimney is held together with mud mortar. Such a home sometimes served as a business, school, hospital, orphanage, nursing home and poor house.
Hope you enjoyed seeing and reading more about the John Oliver Cabin.
++++++++++++ 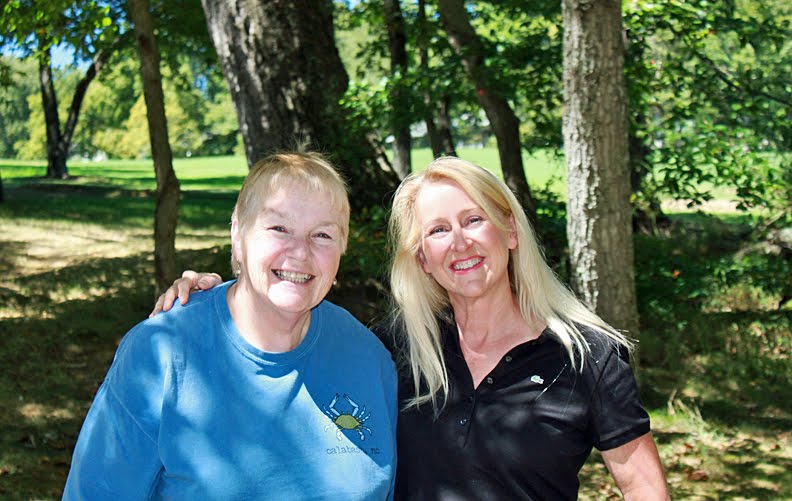 A blog friend visited us at our home this past Sunday. This is KELLY. I met her and her husband last Summer when they visited his parents, who live near us. We had wonderful time sitting on the deck and chatting!!! 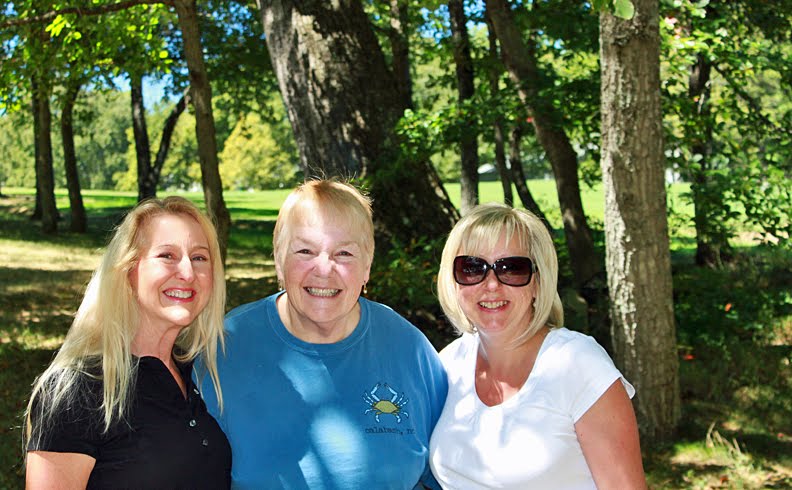 Kelly brought her sister-in-law (Sabine) with her... Sabine lives in Germany --so it was very exciting to meet her. Thanks to both of you for coming to see us!!!!! OH--how I love blogging!!!
Hugs,

UPDATE on yesterday's Blog: The first bird pictured is not a Goldfinch, and not a Yellow-rumped Warbler.... HE is a BLACK-THROATED GREEN WARBLER (immature male losing his colors).... How 'bout that? This is a 'lifer' (new bird) to me --so I am very excited to see him at my feeders!