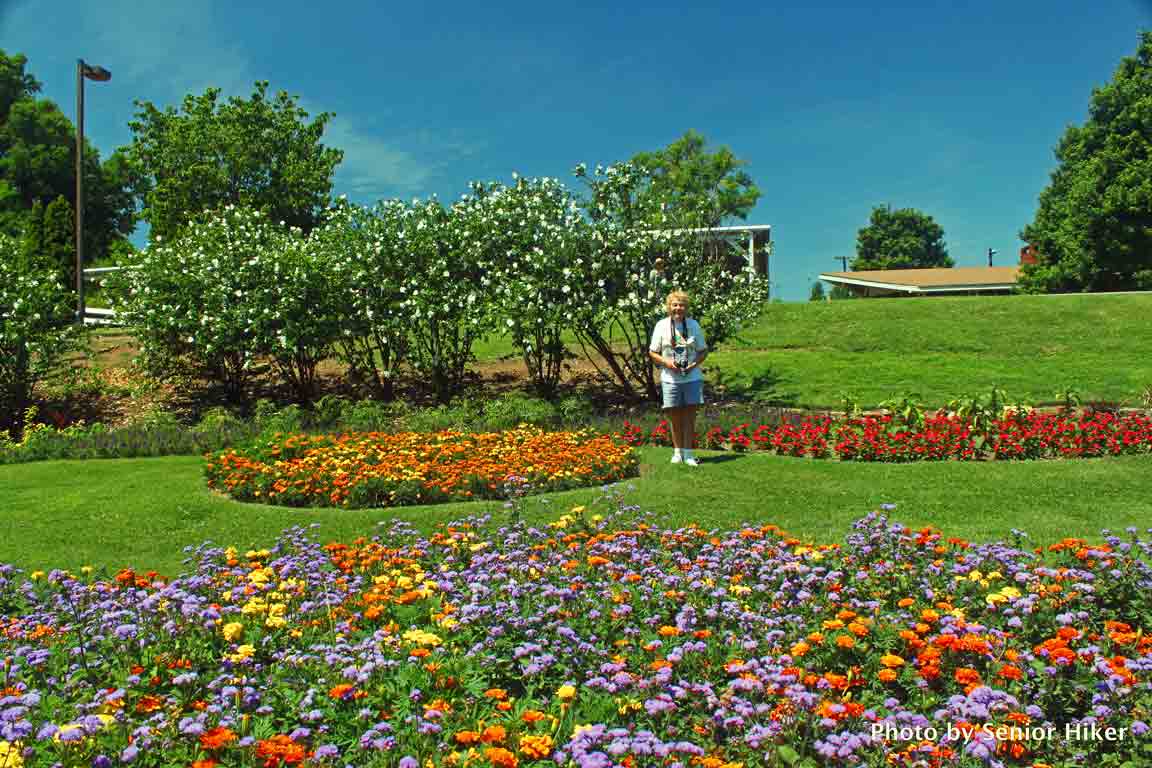 As most of you know,  George and I celebrated our 11th wedding anniversary on June 23...  Instead of a long trip this year,  we drove about 2 1/2 hours west of here and spent Saturday and Sunday re-visiting some areas in Nashville, Tennessee which we love, and which have some very special meaning to us.

I will divide my blog posts into three different parts,  consisting of the three main things we did while there.    First,  we visited CENTENNIAL PARK ---since this was an area which we visited many times in 2001 when we were first dating and then married.

George worked nearby ---so on my lunch-hour from my job,  I would meet him for lunch at the park... It was so much fun to go back there and re-live some of these memories... Today I'll share with you 8 pictures from Centennial Park ---6 of which were taken on June 23, and the other two taken on  April 7, 2001 (also on a Saturday ---on our 2nd date)..

Hope you enjoy our photos from this gorgeous park.  We have so many pictures from the park ---so I'm sure I will have more posts in the future.  It is truly a beautiful park.

George took the picture above of me enjoying all of the beautiful flowers in bloom at the park.   Be sure to enlarge the photos for some bigger pictures.


This picture of me was taken on April 7,  2001 near the same area as the picture above.  Since it was April instead of late June,  the flowers were different.  But--you get the idea as to why this area is so special to us....  (Amazing how much better photo quality is these days than in 2001!!!) 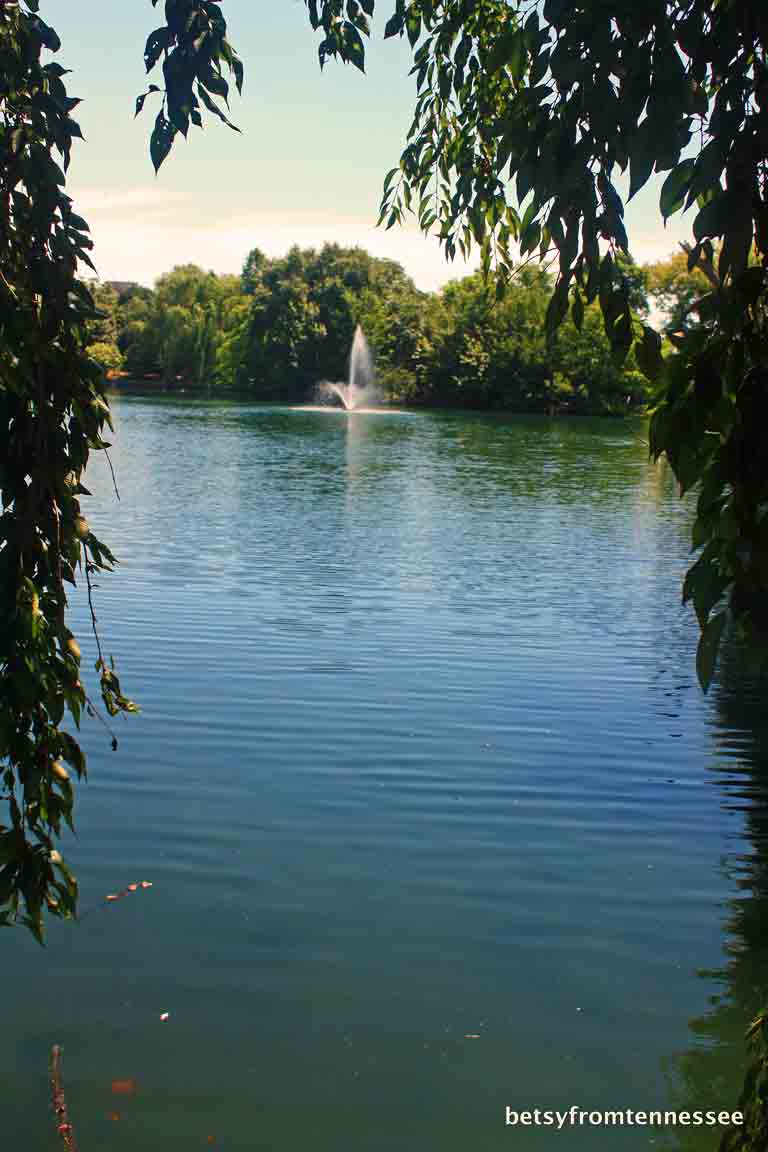 Here is a picture of the lake (Lake Watauga) which we walked around at Centennial Park. 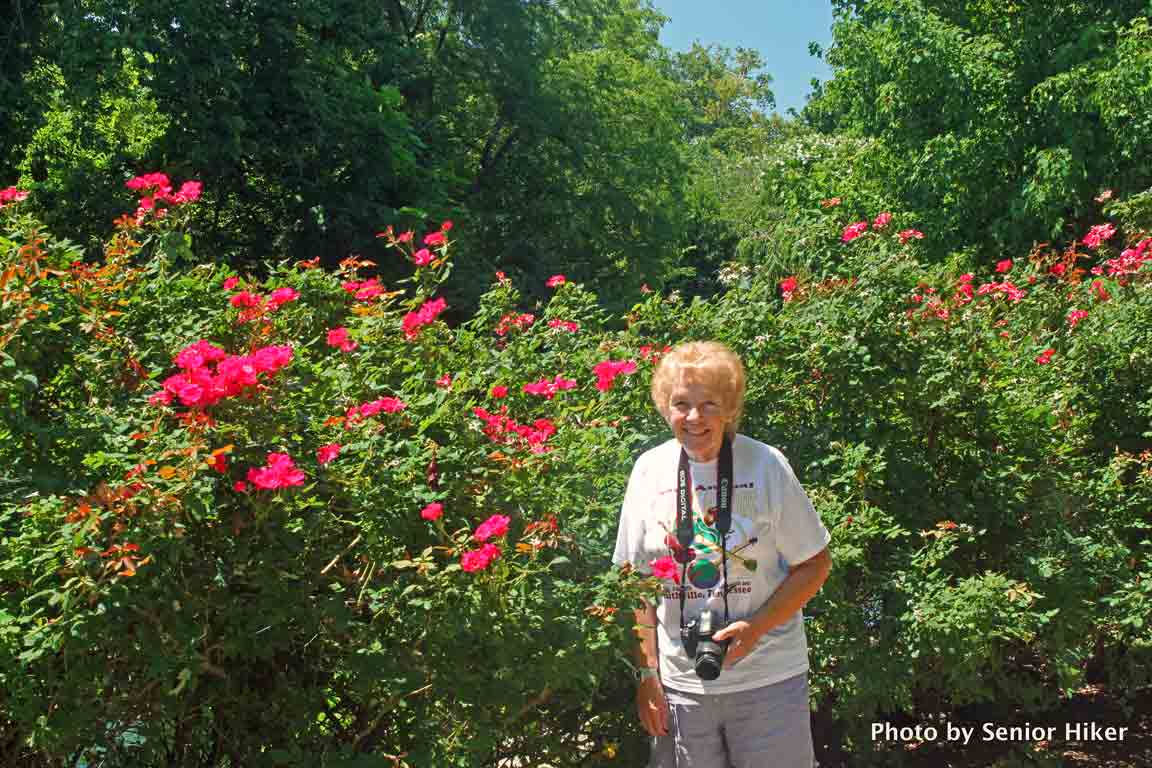 George took this picture of me standing in front of some gorgeous rose bushes... These roses were pretty --but not nearly as pretty or as fragrant as ours!!!! 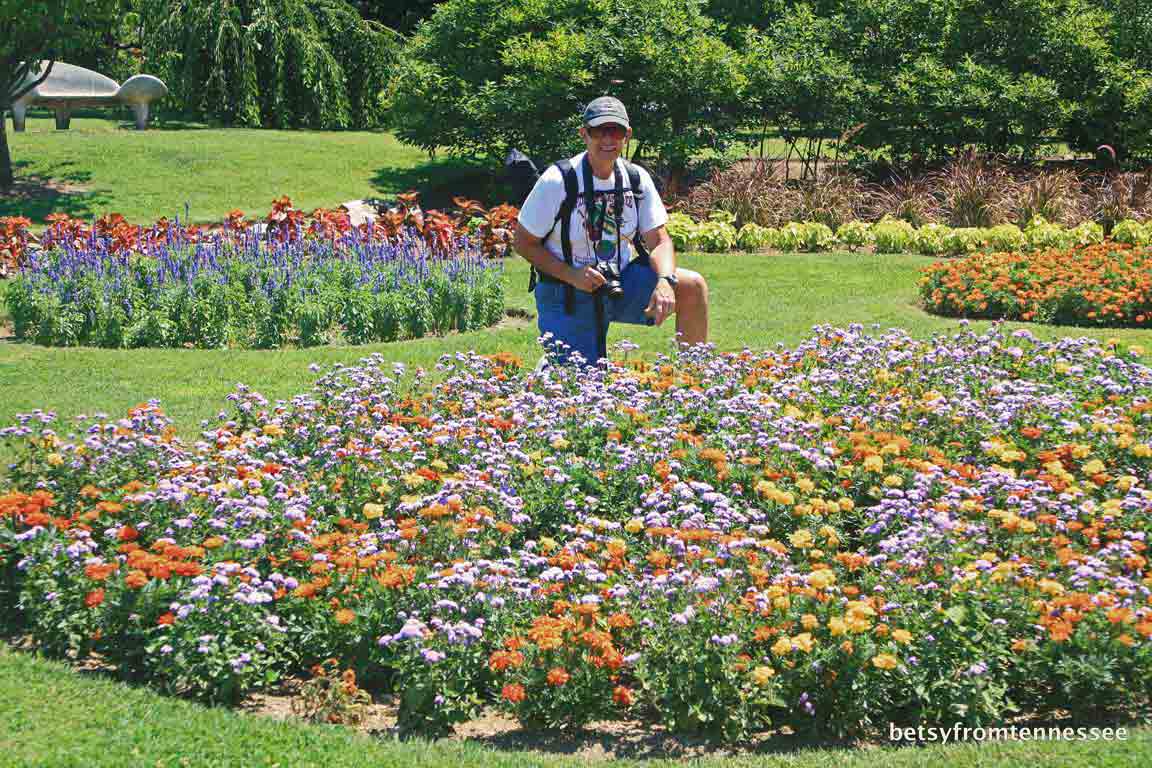 I took this picture of George kneeling in the flowers at Centennial Park.


AND---here is George on April 7, 2001 in the same general location.    I loved seeing the summer flowers this year,  but those spring flowers in 2001 including the Red Bud trees were awesome also.  You can see why we enjoyed spending time there!!!   (Of course,  this gal just wanted to be with her man--wherever we were!!!) 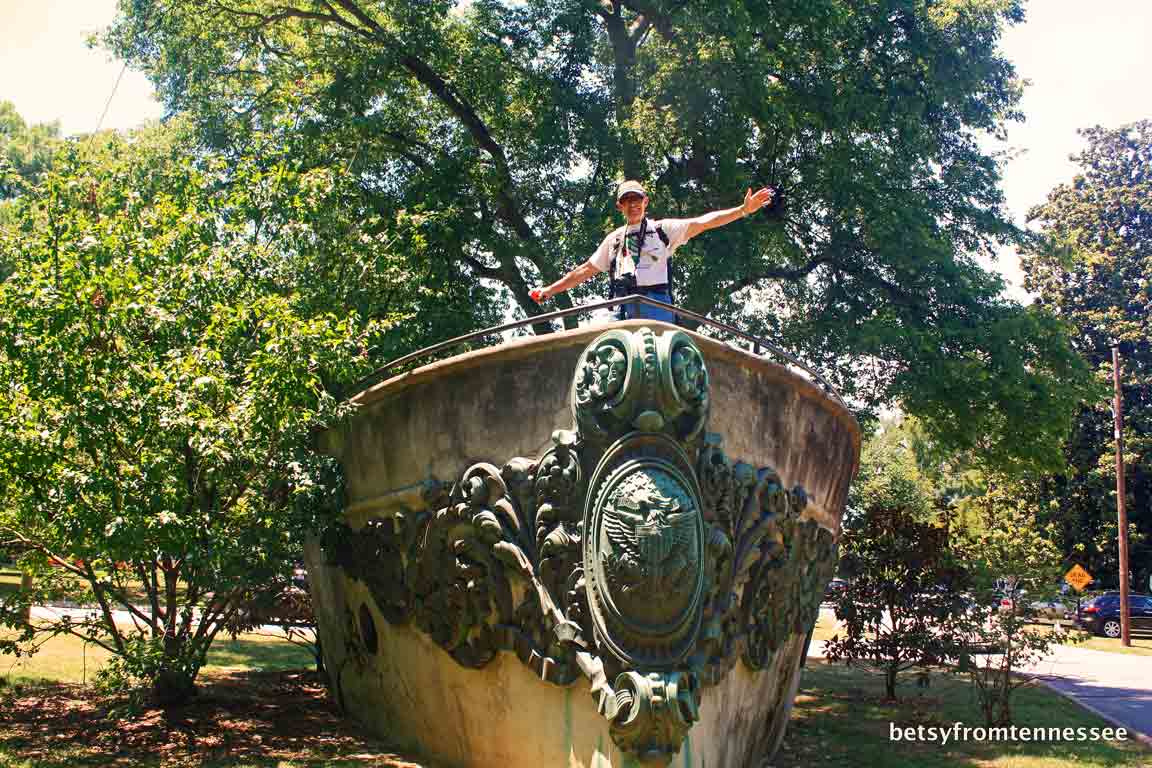 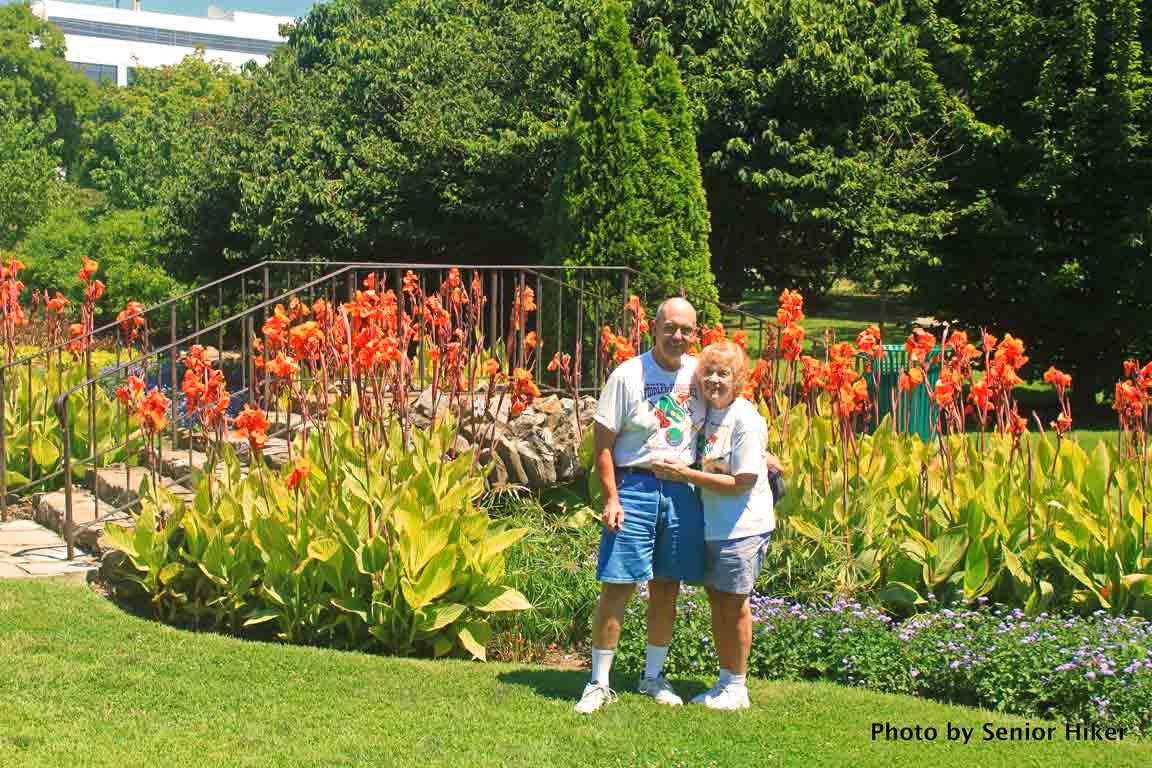 Finally,   of course,  we had to get the tripod out and take some pictures together.   SO---this one is of the happy couple celebrating their 11th anniversary together.  Hope we have many, many more!!!!!

Stay tuned for more photos from that Nashville Weekend!!!

+++++++++++++++++++++++++
On another subject,  we had a TERRIBLE storm late yesterday afternoon (July 5) with almost no warning.  The winds were (according to our TV weatherman) about 70 mph... Two-three trees came down behind our house on golf course property...  One of them was over 60 feet tall.  Scared me to death!!! I thought we were going to get lots of damage.  BUT--we got lucky!  Other than lots of clean-up around our home,  we think that everything is okay.   BUT---the good news for us is that we DID get a little rain --which we desperately needed.  Thanks be to God...  But--it was too close for comfort!!!

Have a great weekend,  and I'll see you on Monday.
Hugs,
Betsy
Posted by Betsy Banks Adams at 4:00 AM 77 comments: