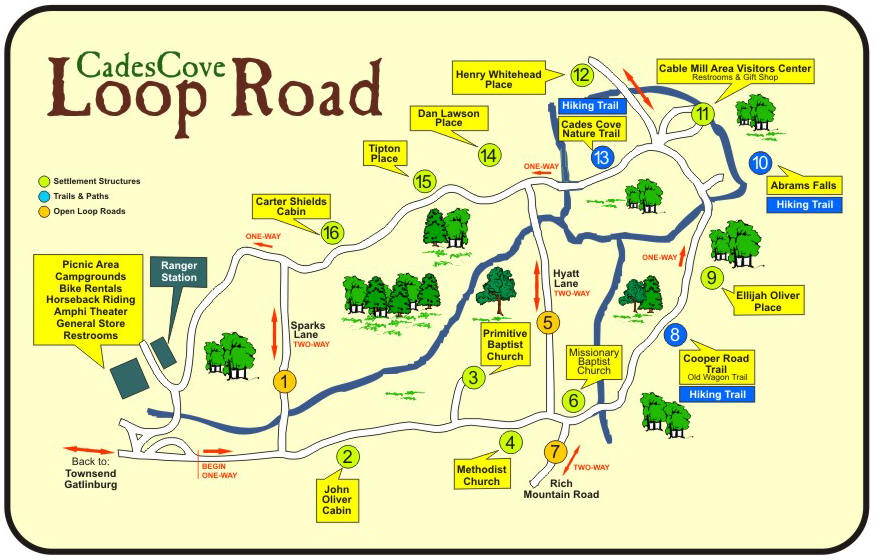 I have included the map of the Cades Cove Loop Road again in this post -so that you can see where the cabins are that I have chosen to share in today's blog. If you have not read any of the history of Cades Cove (which is in the Smoky Mountains), please click HERE. You can read some great information on that site. 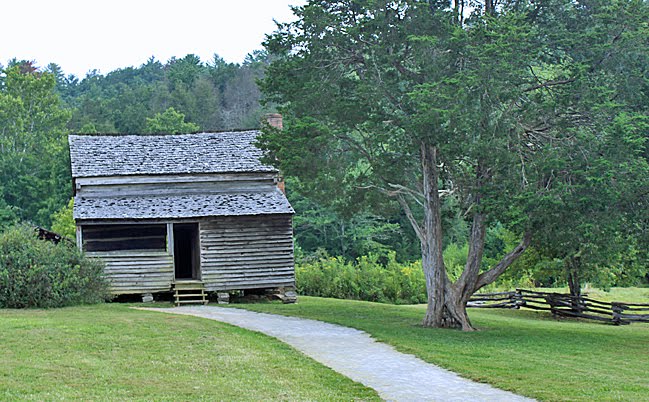 This is the Dan Lawson Place (No. 14 on the map). Dan Lawson built this house in 1856, on land bought from his father-in-law, Peter Cable, whose home stood to the west, across the stream. The brick chimney, unusual for the time and locale, was built of bricks, made on the site. 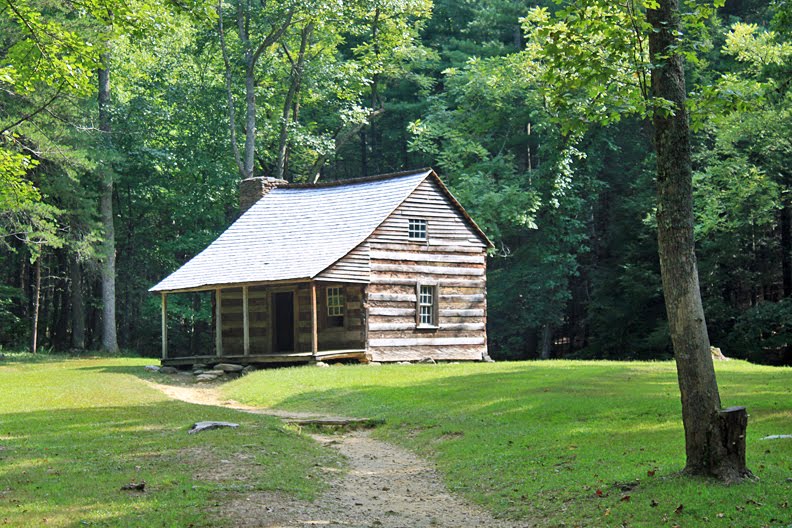 This is the Carter Shields Cabin (No. 16 on the map). A wound suffered in the Battle of Shiloh left George Washington "Carter" Shields crippled for life. Shortly after the war, he married and moved to Kansas. He returned to Cades Cove in 1906 and bought this property in 1910. One would think that an old soldier could find contentment in such a lovely nook. But Shields lived here only 11 years before leaving again. 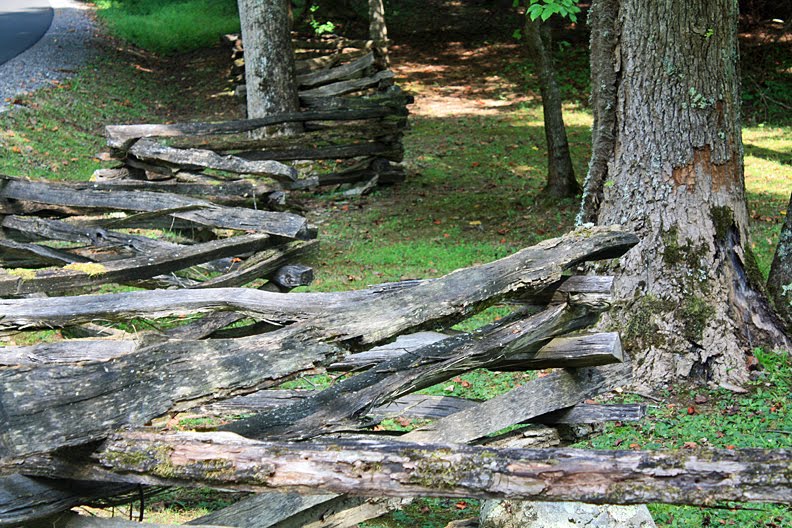 I love seeing Split Rail Fences --and the Smokies have alot of them... The Pioneers marked their property by using these fences. This particular fence was at the Carter Shields Cabin. 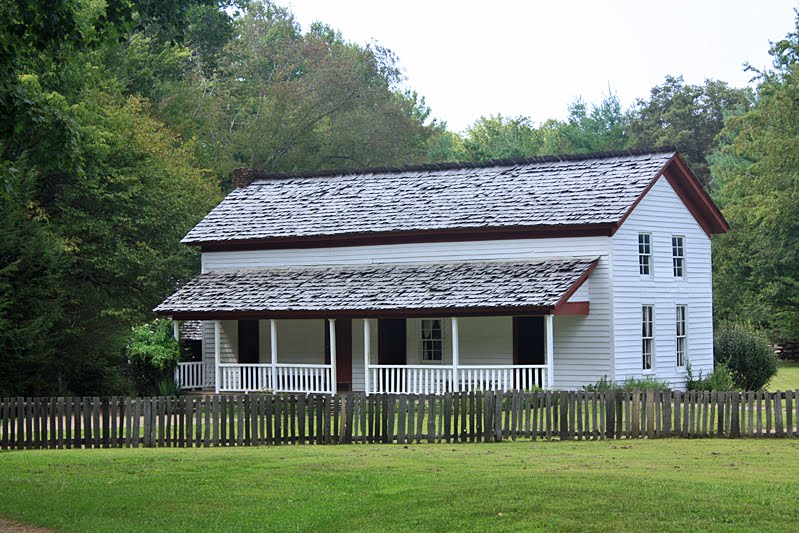 This is one of the most popular tourist places in Cades Cove --since this property contains a Grist Mill. I will have an entire post on this property. The house above is called the Gregg-Cable House (No. 11 on the map). Lawson Gregg bought an acre of land from John P. Cable in 1879, and built a small house on it with lumber sawed at Cable's mill. He later enlarged the house from time to time. He and his family lived in it, and operated a store on the first floor. This house is believed to be the first all-frame house in the Cove. 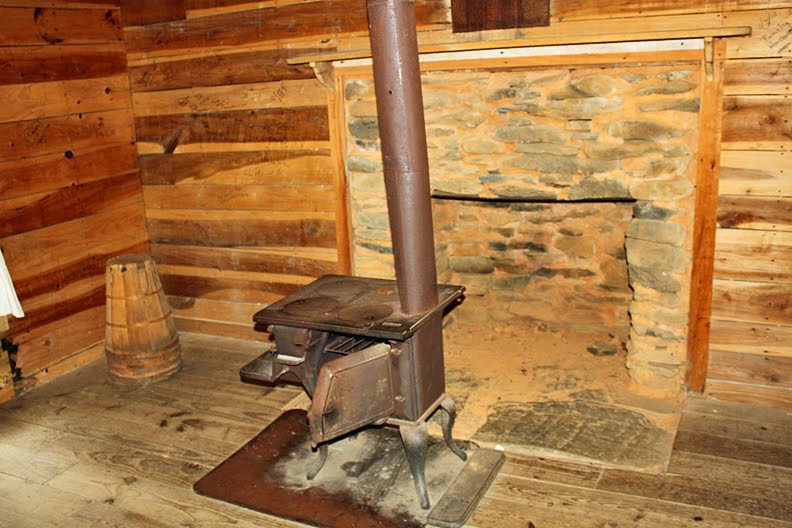 Here is the inside of the Gregg-Cable House. Looks like at one time, they had a fireplace --and then replaced it with a stove.
In 1887, Rebecca Cable and her brother Dan bought the house and an acre their father had sold to Gregg eight years earlier. They operated the store for about 8 more years, and then turned the house into a boarding house.
Rebecca Cable was a strong woman, and she operated the home and took care of her sick brother's children. She took care of the farm and cattle-raising chores and lived a long and successful life. She owned more than 600 acres of land. She died at the age of 96 in 1940. After her death, the house was moved from its original site on the Forge Creek Road to this location... (WOW---I like that woman!!) 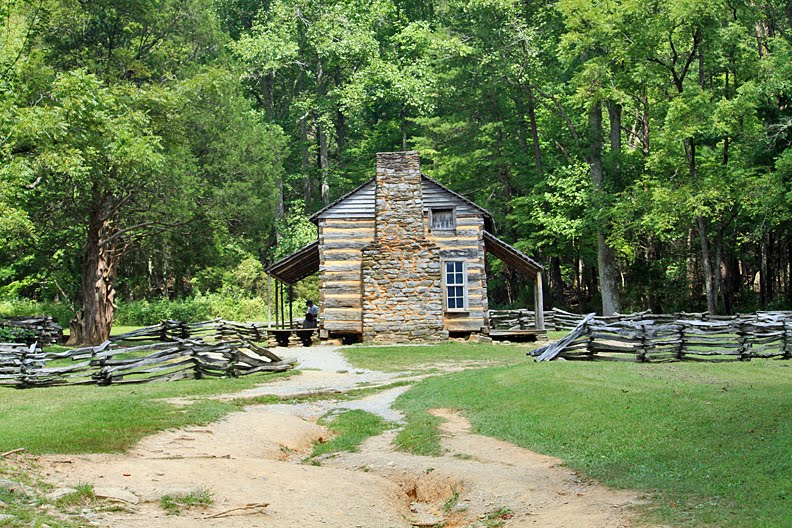 I showed you this cabin in another post --but wanted to show you the cabin again. This is the John Oliver Cabin (No. 2 on the map). IF you haven't seen my other post talking about this cabin, click HERE. 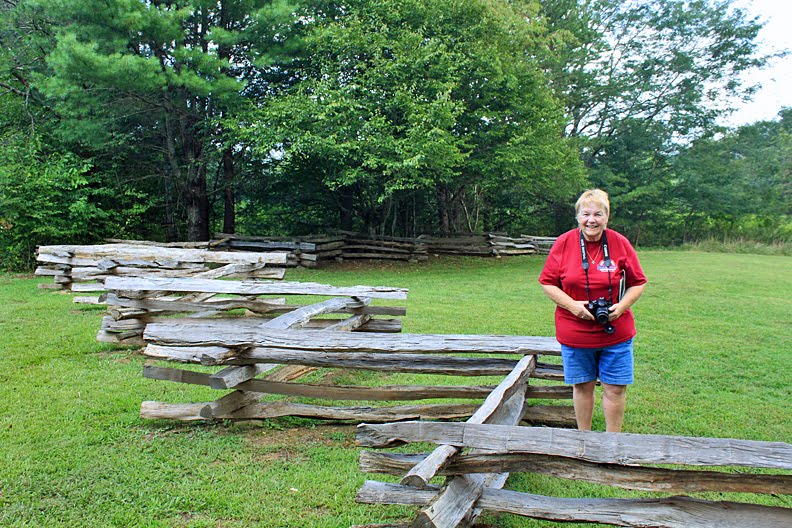 Here's another Split Rail Fence... Do you really think that I like these fences???? I love them!!!! This fence is found at the Gregg-Cable House.
I hope you enjoyed seeing some of the little cabins at Cades Cove. My favorite is STILL the John Oliver Cabin since it is secluded at the bottom of the mountain....
Have a wonderful Wednesday. We're just doing what we can to stay COOL here.
Hugs,