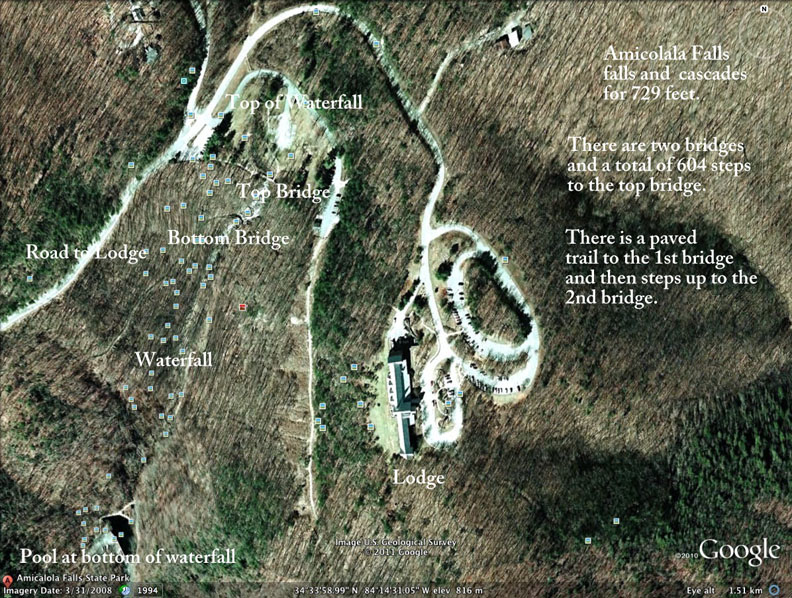 In order to celebrate George's 69th birthday,  we spent a few days at Amicalola Falls State Park near Dahlonega, Georgia.  We had seen the waterfall in May of 2005 --but had not stayed in their gorgeous lodge before, until now..

Amicalola is about a 4 hour drive south from where we live.  SO--while driving down we managed to stop and see some waterfalls.  I will blog about them later.  Today,  I'll share with you one of the things we did on Wednesday,  George's birthday...

Above is a google earth map of Amicalola Falls State Park.  Wish this picture had have been taken while we were there since there was SO much water coming over the falls. You could have seen it better.

On the map,  the lodge is on the top of the mountain.  You can see the road leading up to it on the left.  I marked where the waterfall is...  There is a parking lot below the pool at the bottom of the falls.  You then hike up on a trail next to the cascades which leads  to a couple of bridges.  Below are some of our pictures. 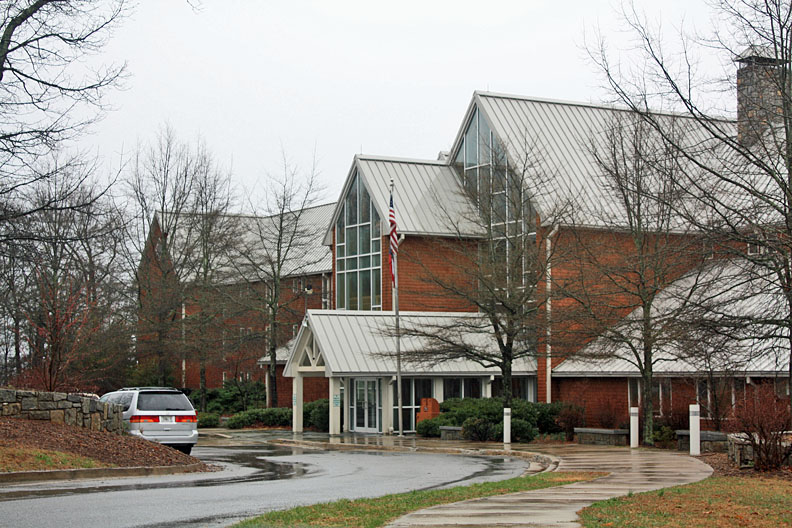 It was rainy and foggy, but I did manage to get a few pictures of the lodge.  We had a fabulous room --with a view of the surrounding mountains.  The lodge sits on top of the mountain above the waterfall.   The lodge also had a wonderful restaurant.  We had free breakfasts both mornings and we ate both dinner meals in the restaurant... VERY nice!!! 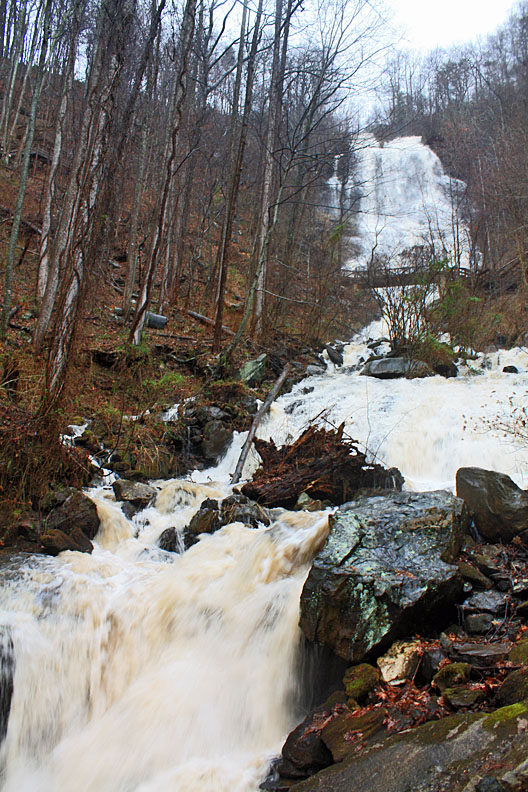 Even though it was raining cats and dogs,  we decided to put on our rain jackets and hats and go waterfalling anyhow...  A little bit of rain doesn't stop us!!!!! ha...  ANYHOW--- since there had been MUCH rain lately,  the waterfalls were RAGING this week.  The picture above was taken from the first bridge (observation deck)  looking up at the falls above us...

I cannot tell you how wonderful it was to be at Amicalola on this particular day...  First of all,  there was TONS of water coming over the falls... You should have heard the sound of that water.... Wow!!!!!  AND--even better than that was the fact that we were the ONLY fools ones there.  We had the waterfall ALL to ourselves... That was tremendous--since we hate being in crowds and this particular waterfall is quite popular and is usually crowded. 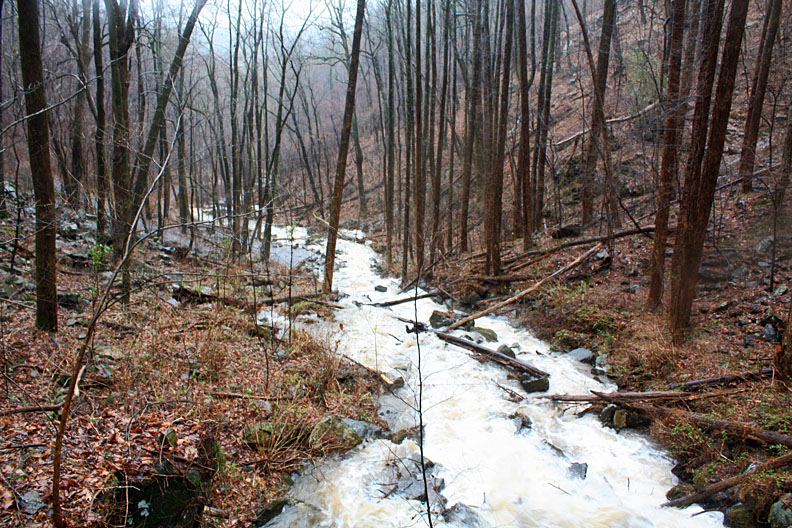 I am still on that Lower Bridge (Observation Deck) --and this is looking at the waterfall as it cascades down the mountain.  We followed the cascade up the mountain on a paved trail which leads to the lower bridge.  It is impossible to get the entire waterfall in ONE picture, since it is about 729 feet long. 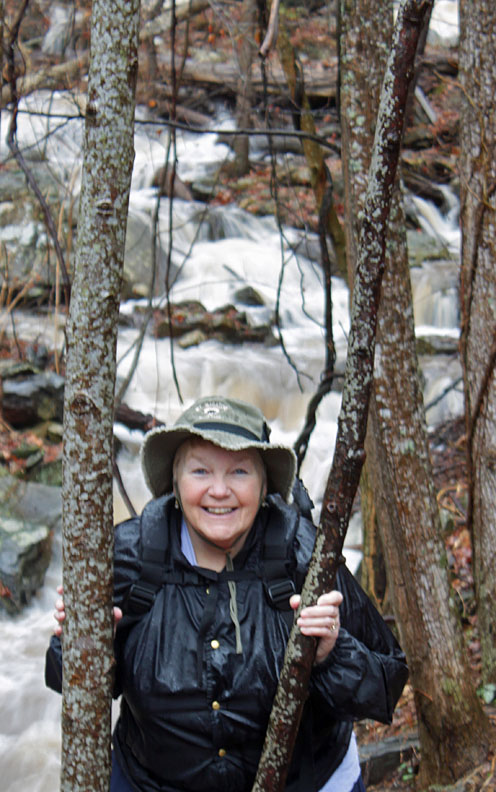 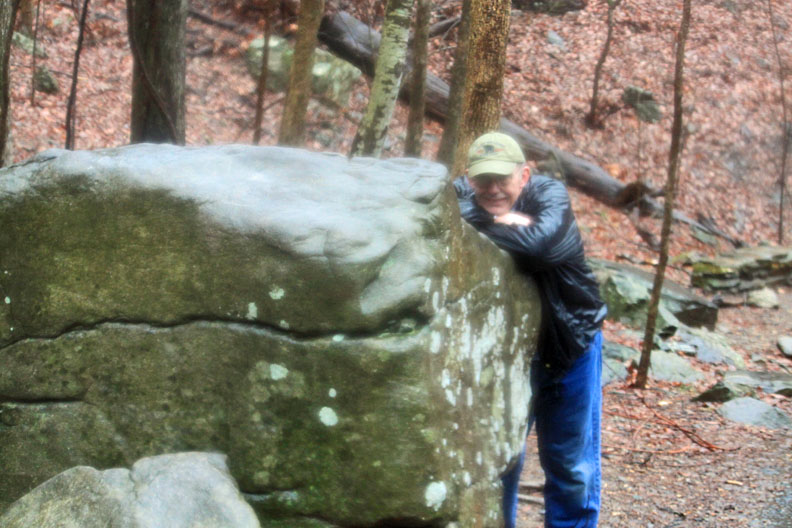 And this is the WET Birthday Boy ----after climbing up that last 175 steps and then back down!! 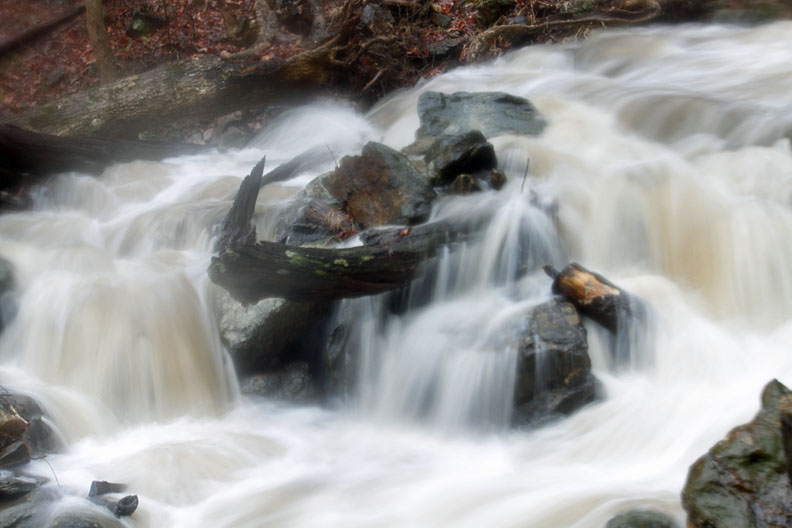 Even on a rainy, cloudy, foggy day,  my Birthday Boy can still get 'creative' with his photos.  He loves taking close-up pictures of the raging water and rocks... This picture above is one of my fav's.

I have another set of pictures from this waterfall to show you in another blog post.

Hope you have a wonderful day.
Hugs,