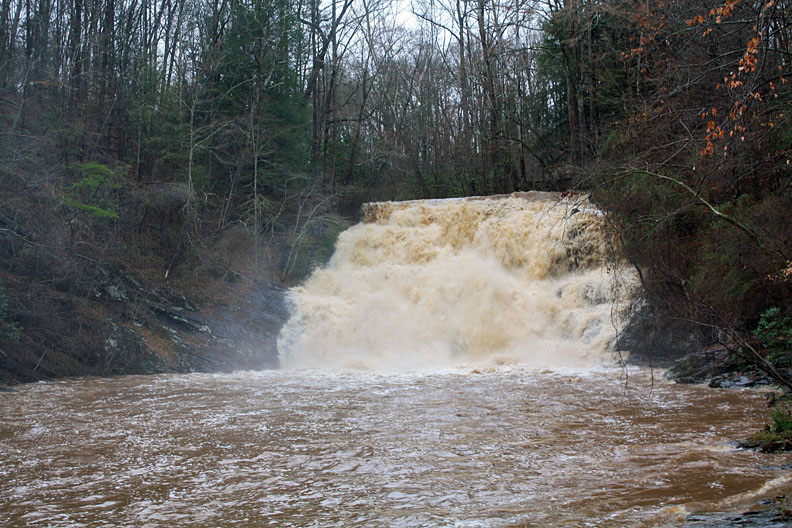 While in Georgia to celebrate George's birthday, on that rainy Wednesday (March 9, 2011),  we also visited a couple of other waterfalls in the area along with a dam.  The waterfall above is named CANE CREEK FALLS.  It is located on the grounds of a United Methodist Camp named Camp Glisson.

Many hundreds of years ago,  the falls were home to two different tribes of Native Americans,  the Etowahs and later the Cherokees.  Artifacts from their time there, such as pottery fragments and arrowheads,  can be found in the area to this day.

In 1925, the founder of the camp,  Rev. Fred Glisson, discovered Cane Creek Falls on a trip to the mountains to scout out a place for a youth camp.  He fell in love with the spot and arranged to lease the land around the falls.  The first camp was held in the summer of 1925.

Rev. Glisson and other leaders raised money to begin to buy the land around the falls,  and to construct a permanent camp.   The land around the falls belonged to the camp--but the falls themselves still belonged to Georgia Power Company.  In 1946,  Rev. Glisson and others finally persuaded Georgia Power to sell Cane Creek Falls to the camp.  The falls were purchased for $1500. Their value today cannot be estimated..

Hope you enjoy our pictures taken of Cane Creek Falls and Cane Creek. 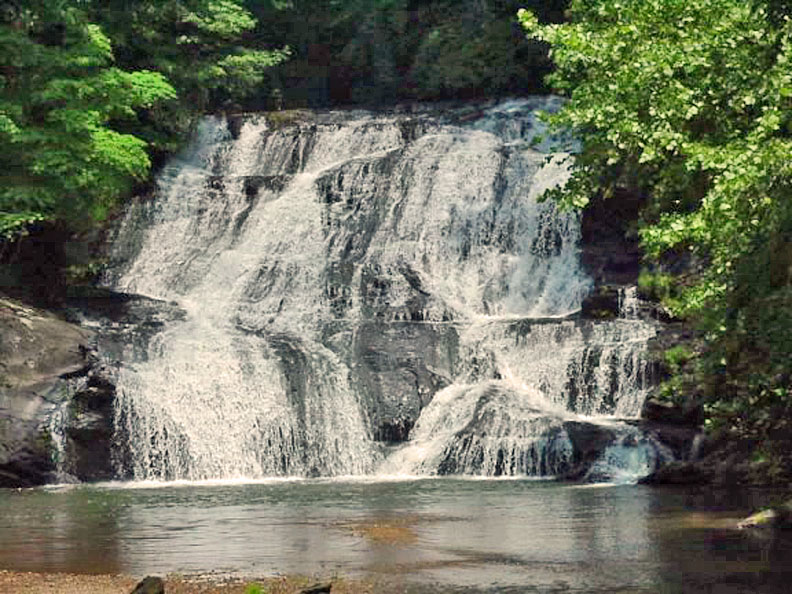 The picture above is what Cane Creek Falls looked like in May of 2005,  the last time we visited before this trip.  Now look at the picture below!!!! 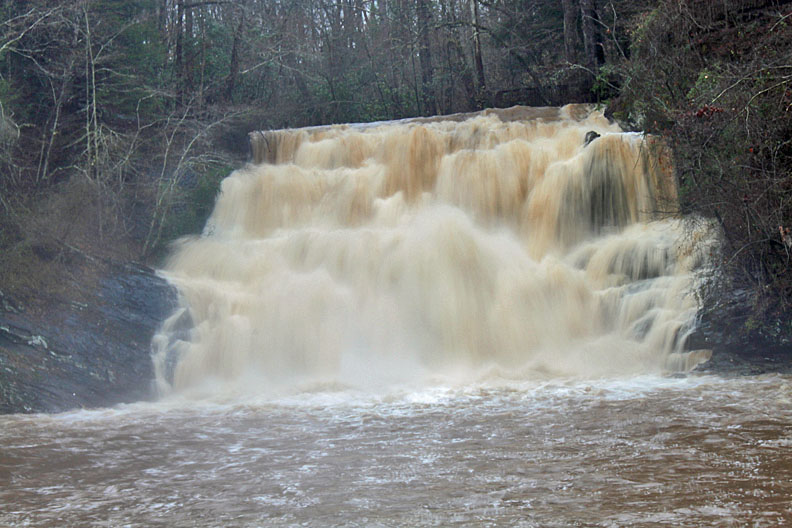 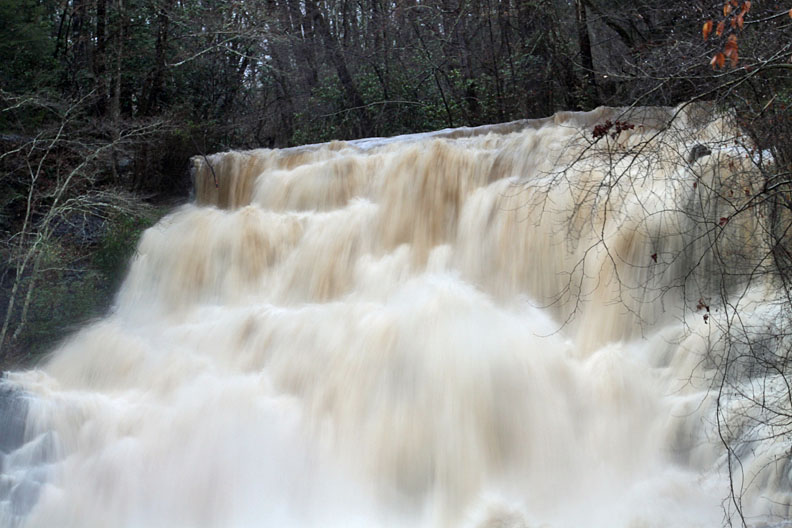 Here's a neat close-up picture of Cane Creek Falls.   Wish you could have heard that raging water... It was awesome!!! 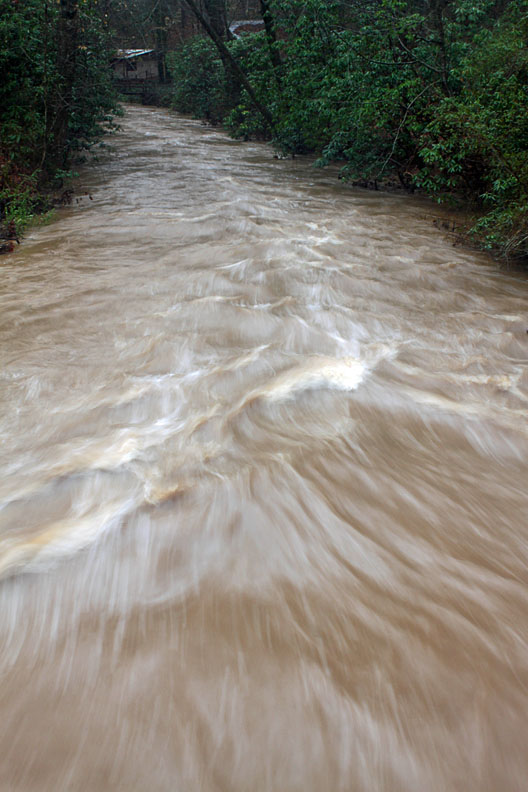 You will have to name what the water looks like in this picture... On his blog,  George posted a similar picture and called it Chocolate Satin... What does it look like to you? 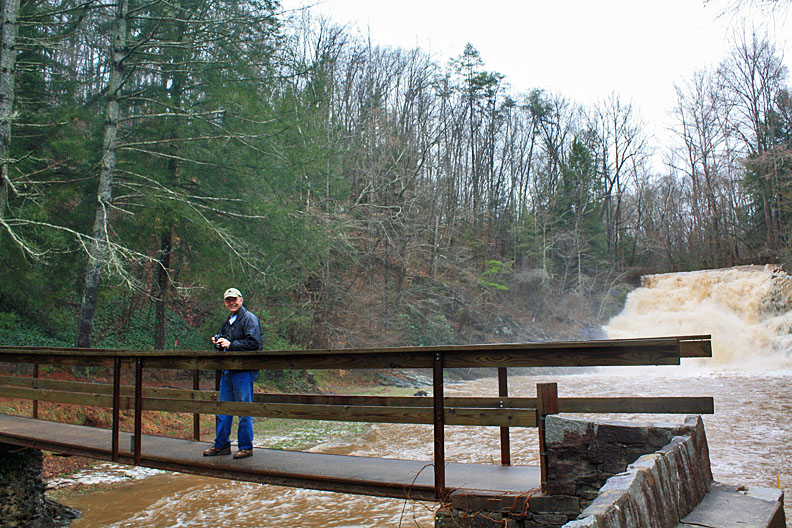 I took this picture of George (the Birthday Boy) standing on the little bridge crossing that raging creek. 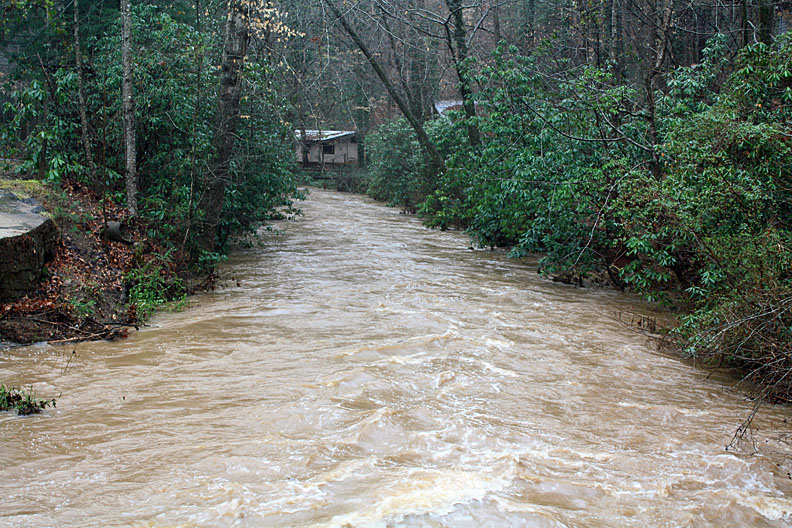 Here's one last picture I took from the bridge looking at the creek, as it traveled downstream, away from the falls.

Hope you enjoyed seeing another beautiful Georgia waterfall.  George's Surprise Birthday trip turned out to be FABULOUS --despite all of the rain... Seeing all of that water coming over the waterfalls made it all worthwhile!