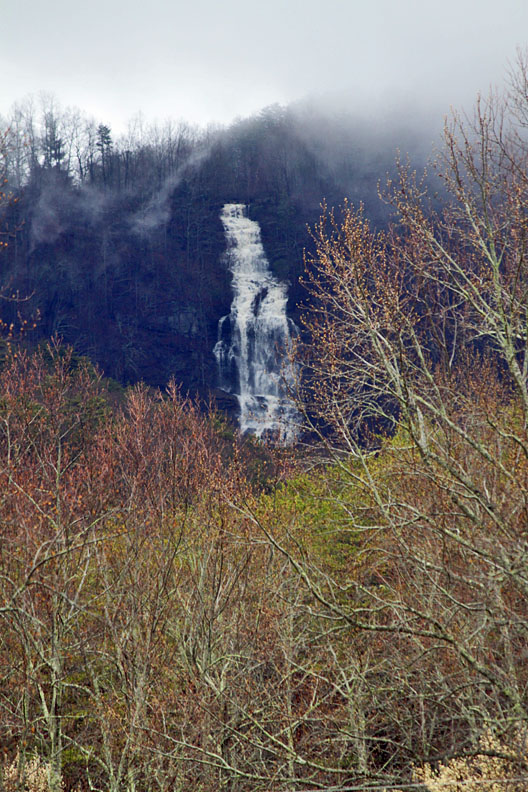 This past Monday,  I shared the first set of pictures from George's Surprise Birthday trip to Amicalola Falls State Park near Dahlonega, Georgia.  IF you missed them,  please click HERE.   Today,  I will share more pictures from that trip.

Above is a picture from Highway 52  (from quite a distance away) of the top of Amicalola Falls.   We were driving --and all of a sudden, the falls came into view.  Of course we stopped and George got out in the road to take some pictures... Even with the fog,  we had a good view of it... That waterfall was enormous--due to the rain.  Our lodge was located on the top of that mountain above the waterfall (in the fog). 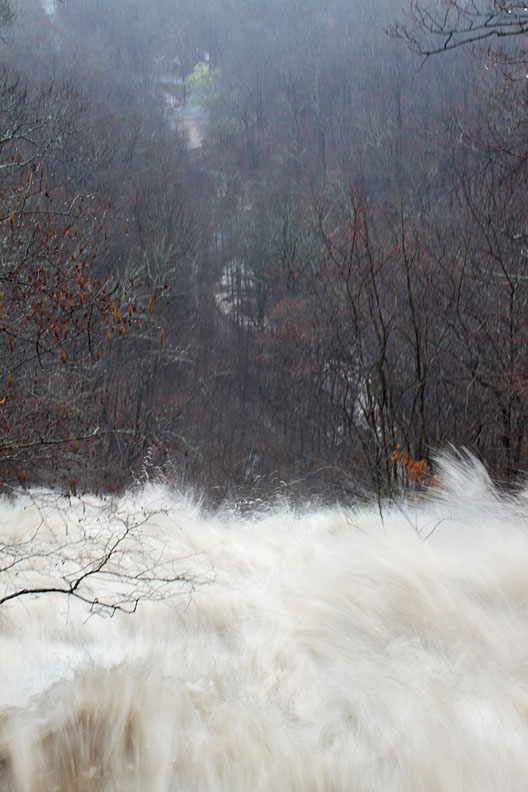 George went outside of the lodge to take some pictures,  and while he was there,  he took the path down to see the TOP of the waterfall.  I didn't know it --but there is a bridge at the top also.  SO--in my last post,  I talked about 2 bridges.  Actually there were THREE.   The picture above shows the falls as they cascade down that mountain.  IF your eyes are good,  you may be able to see one of the bridges below. 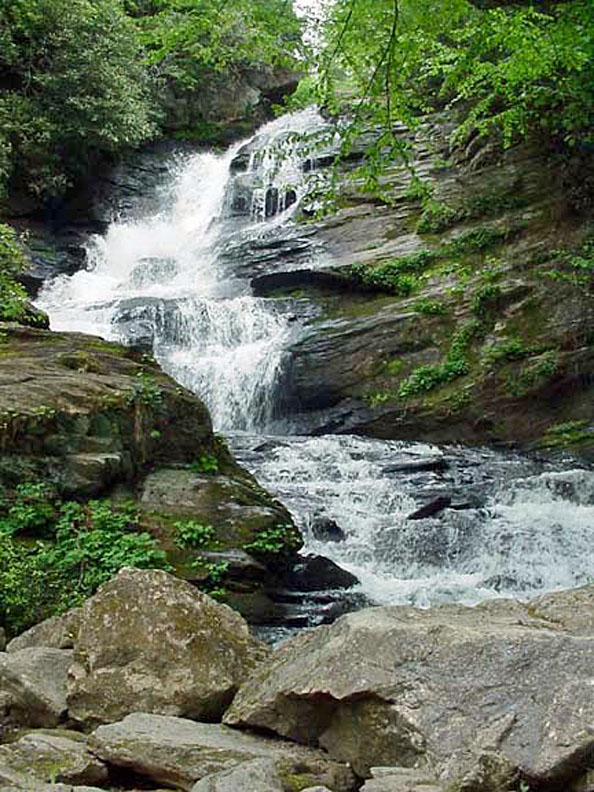 We visited Amicalola Falls in May of 2005.   This is what the TOP of the falls (from the 2nd bridge) looked like on that day.  Now look at the next picture!!!  It doesn't even look like the same waterfall,  does it???? 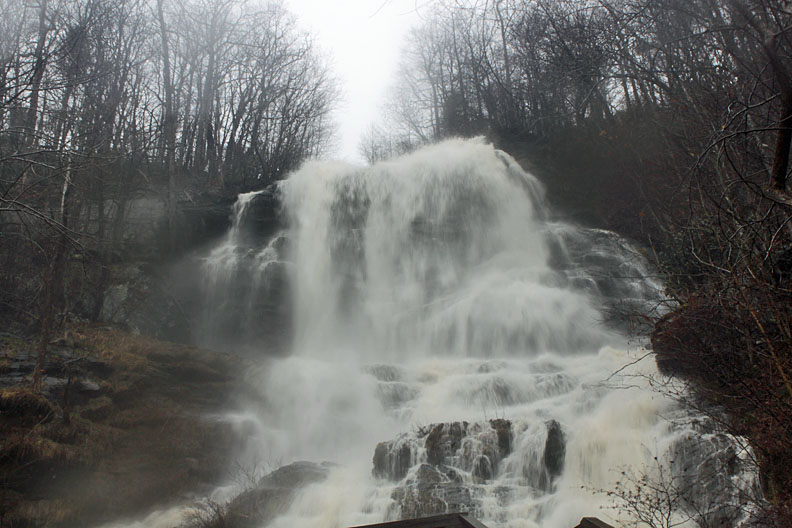 The picture above was taken from that same bridge last Wednesday...  Just a little bit more water, don't you think?????? ha 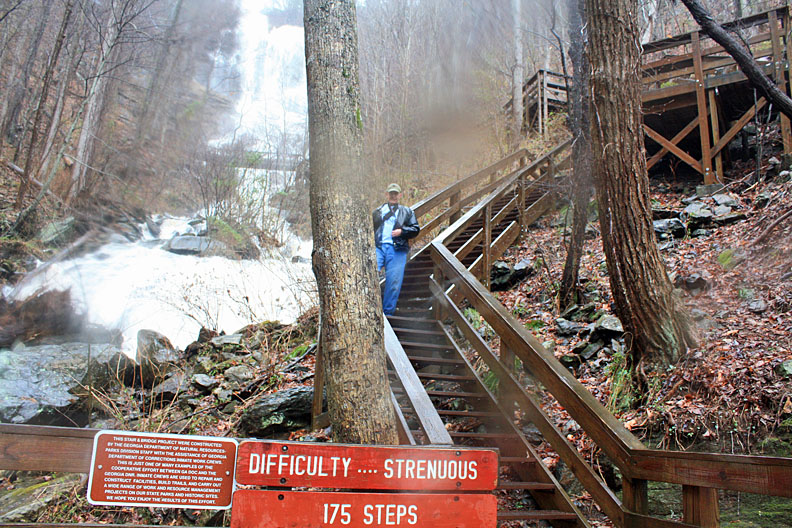 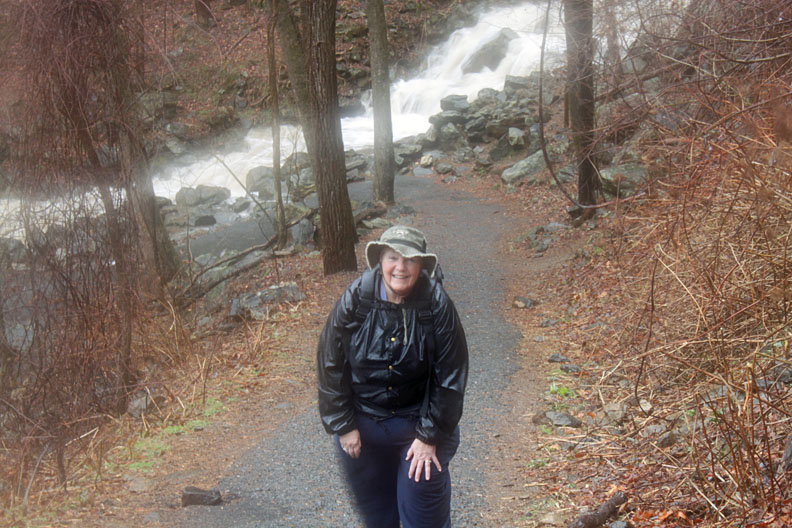 Here's one more picture (taken with the long lens)  from the lower bridge --looking up at the upper part of the waterfall... You can see the bridge above where I was standing on the observation area.  That is one huge amount of WATER,  don't you think?????  WOW--wish you could have been there with us to have HEARD that water ROAR.  Even in the pouring rain,  it was fabulous!!!!   (Should have made a video!!! Darn!  Didn't think about it!)