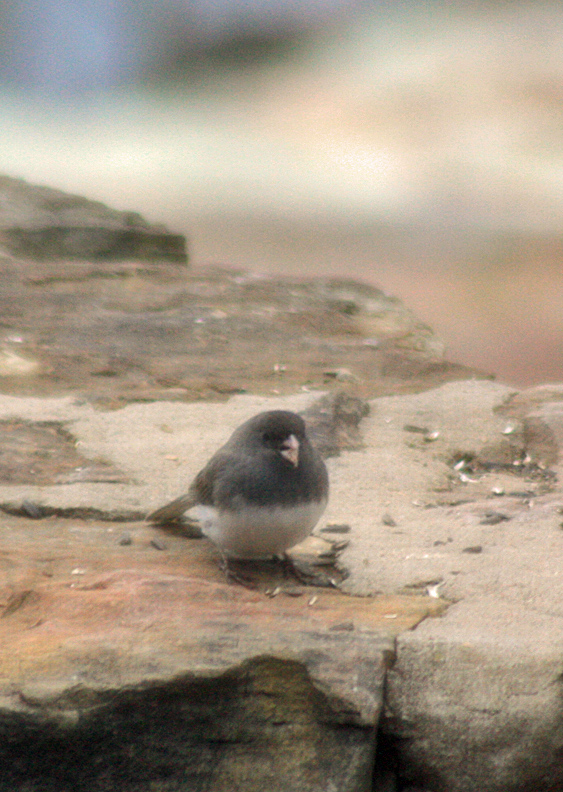 Last week,  I showed you Part I of the birds I enjoyed while at Mt. Nebo in Arkansas the week of March 28.  If you missed that post,  click  HERE.  Today,  I'll share another group of birds I saw ---and enjoyed feeding while we were there... Above is a winter favorite of mine,  the DARK-EYED JUNCO.  Below are more. As I said last week,  we had an abundance of CROWS around.  Here is a picture of one of them snatching a sunflower seed. 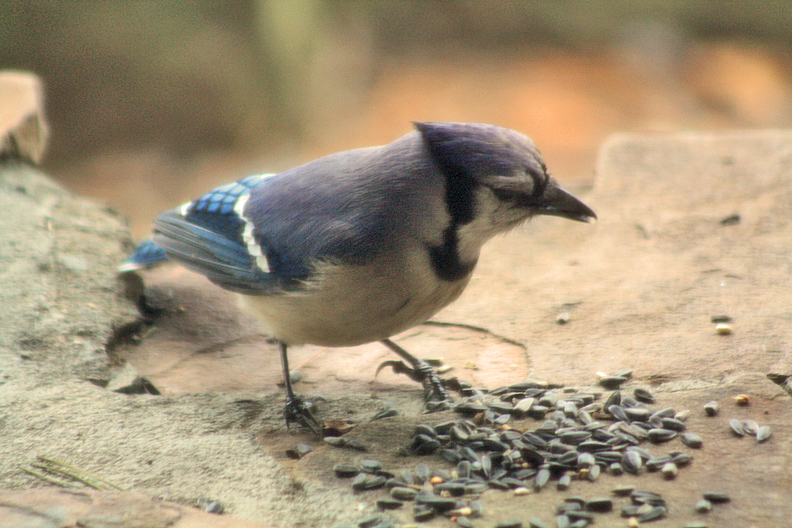 Here's a pretty bird,  but one which can be a nuisance to other birds.  This is a BLUE JAY.  Speaking of Blue Jays,  ours here in the Glade leave us during the winter --but come back from Spring until late Fall.  On Saturday,  April 9,  the Blue Jays were BACK at my home --and the feeders!!!!  They are very noisy birds! 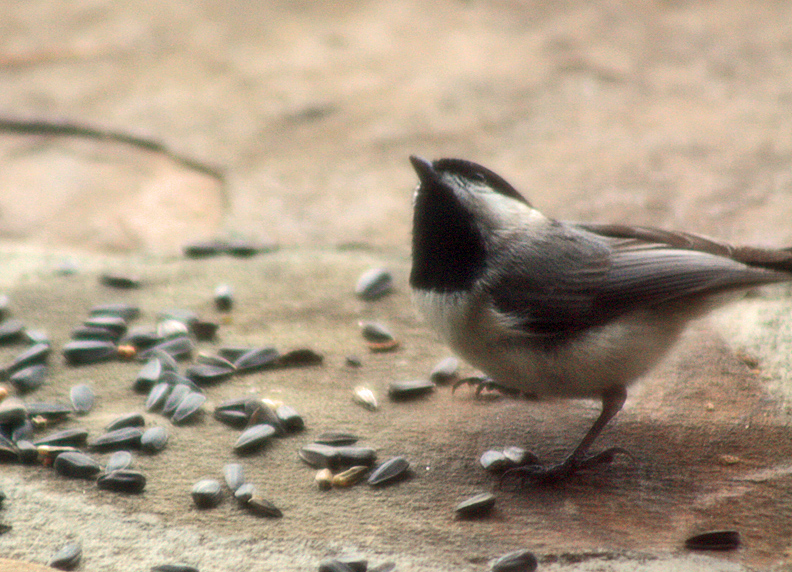 I love these little birds since we have them at home.  These are the CAROLINA CHICKADEES.   They 'pal' around with the Tufted Titmice and the White-breasted Nuthatches... 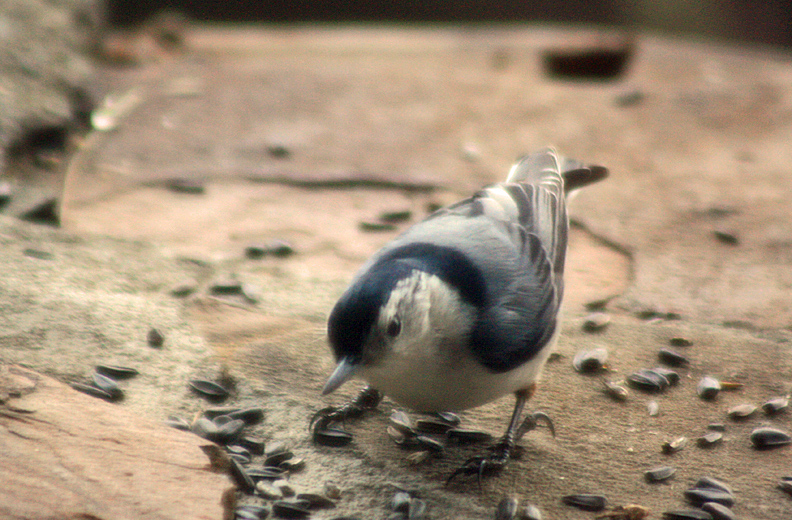 And here is the other one of that 'trio' listed above.  This is the WHITE-BREASTED  NUTHATCH.   These little guys can be found hanging upside down on trees some of the time!!!!!  They also make the cutest little 'chatter' sound. 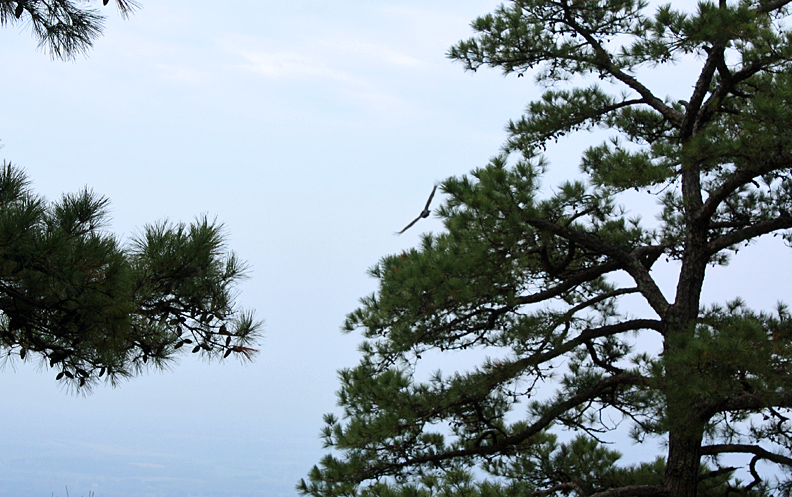 I kept watching the TURKEY VULTURES,  as they circled around  and around.  The picture above shows the huge wingspan of these big birds. 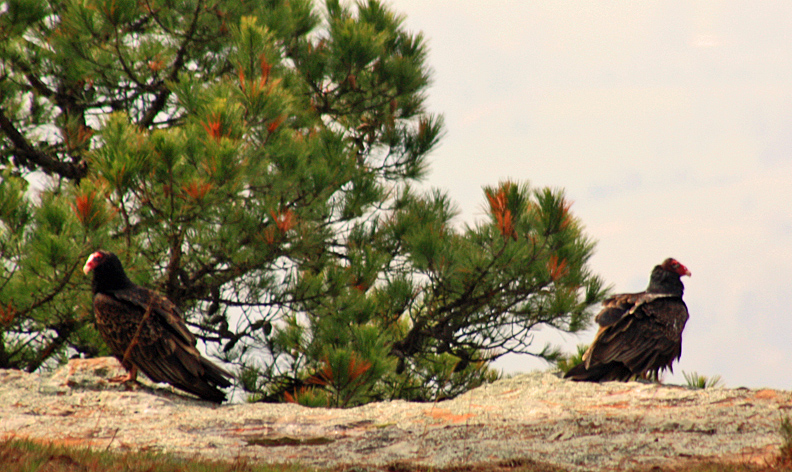 Finally,  here is another picture of the Turkey Vultures --after landing on one of the rocks near the edge of the mountain.

Hope you enjoyed my Arkansas Birds...  I think I saw about 13 different varieties of birds during the time we were there.

Hope you have a wonderful day.
Hugs,