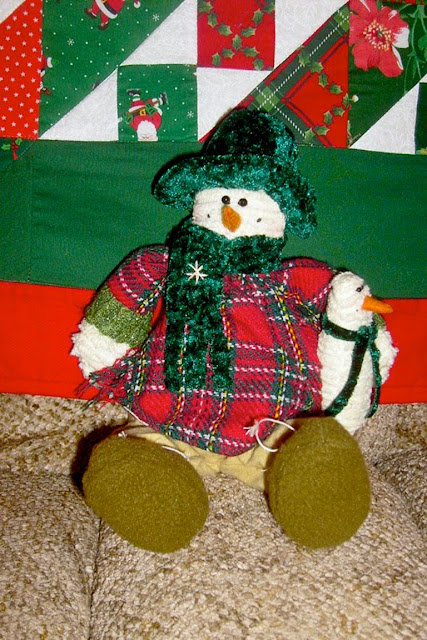 Today I want you to meet some of my Christmas babies --which guard the Christmas tree and live in our home during the Christmas season.  Above is Frisky Snowman.... Frisky is a a great grandson of Frosty...  I have to keep the house VERY COLD ---so that he won't melt....  (NOT!!!! ha ha ) 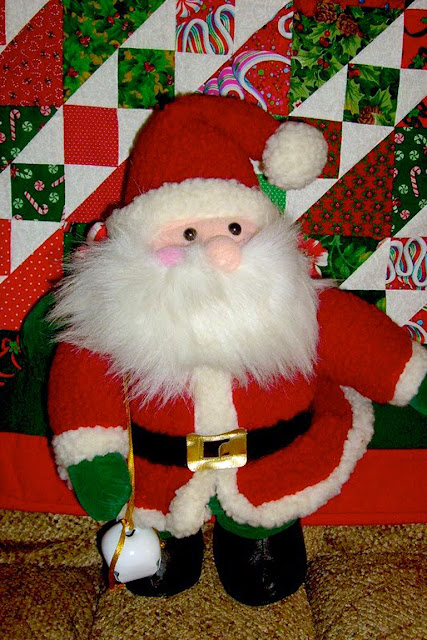 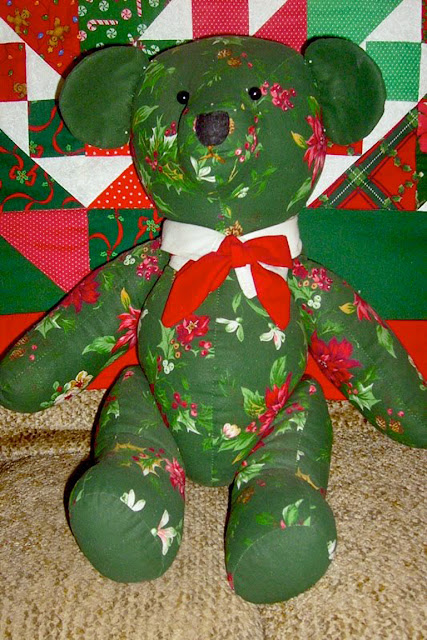 This little guy is Theodore the Bear.... Theodore has a big job in my household... He is in charge of  making sure that all of the Christmas Babies BEHAVE and don't bother the ornaments on the tree.... One year,  Theodore caught Frisky trying to eat Santa's cookie and drink his milk....  Frisky got a WHOOPIN'  for sure!!!! 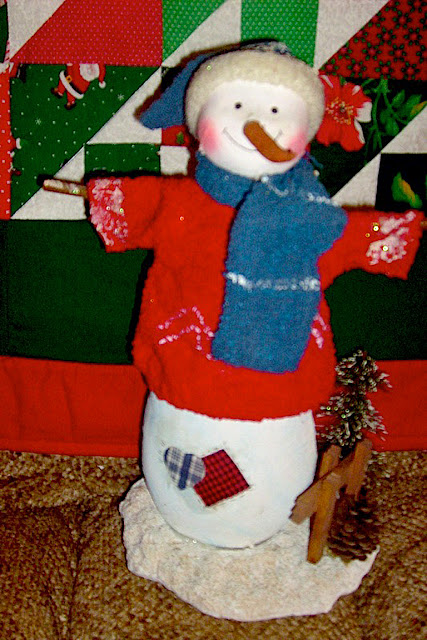 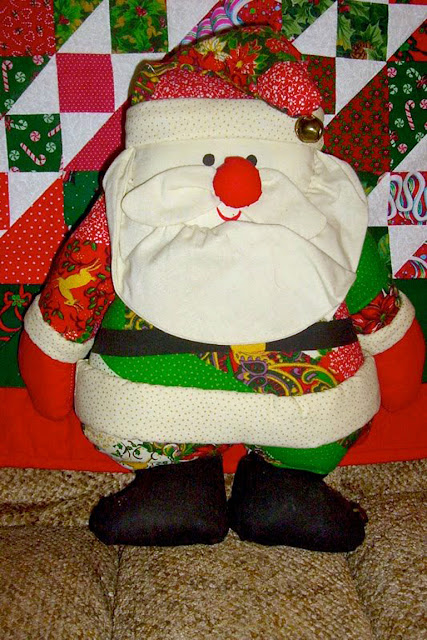 This is Roly Poly Santa since he loves to EAT.... He ate so much this past year that I had to buy him a new belt----and a new box to keep him in during the year...  Don't know where he gets the food,  but he just keeps growing wider and wider...  He says that he is growing so that he can join his Papa Santa on the sleigh one year on Christmas Eve. 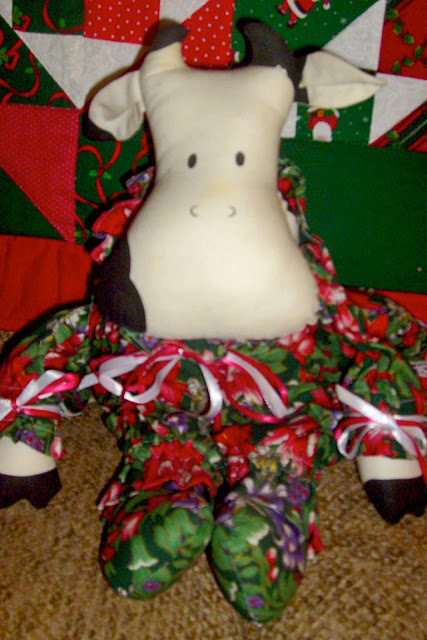 Finally,   one of my favorite babies (don't tell the others please) is Bertha the Christmas COW..... Isn't she just a hoot?????  Have you ever seen a Christmas Cow before????  Bertha feels pretty SPECIAL -----and she enjoys flirting with Theodore.... Hope she and Theodore don't get TOO close... We don't want any little CowBears running around here!!!!!

Hope you enjoyed seeing some of my Christmas Babies.....  As you can tell,  I turn into a child at Christmas!!!!!   Oh how I love Christmas!!!