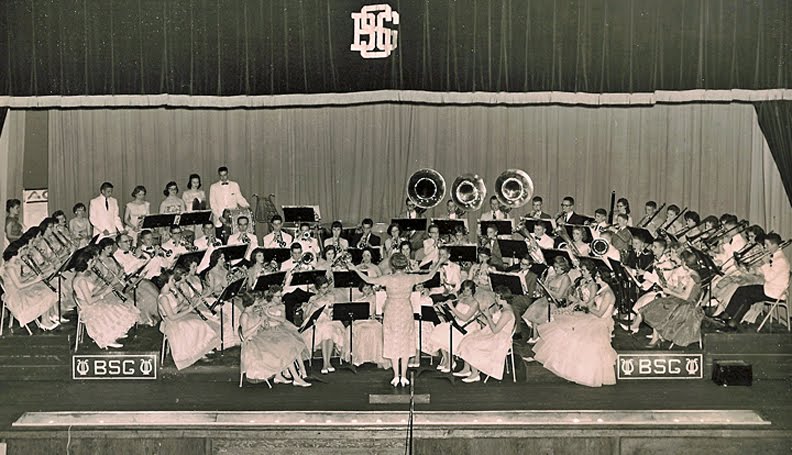 I think I have mentioned that I grew up in a very musical family. I started piano lessons at age 7 and even got a high school diploma in Piano at a competition my Senior Year. I had all intentions of majoring in Piano in college --but when I got to college, I didn't care for my piano teacher there, but loved the voice teacher. SO--I changed majors immediately and majored in Voice and Education with a minor in Math.
BUT--I also joined the band in the 8th grade and started playing the Clarinet. I became good enough to make All-State Band a couple of years and was First Chair Clarinet for two years. Some of my happiest memories growing up were those in our award-winning band. We had a FABULOUS band director (Mrs. MacChesney)--and for a small school, we won many, many awards and trophies in both marching and concert band.
SO--as you can imagine, I was totally excited to go to Knoxville this past Thursday night to see my oldest grandson playing in their high school band. Landon is in the 9th grade--but has already had about 2-3 yrs. of drum instruction. He is a musician through-and-through ---and hopes to get a music scholarship to college. I was so happy to see him on that field --and to see that great high school band.
I have two sets of pictures to share, today and tomorrow. The picture above is of my band ---in 1959, at one of our concerts at the old Big Stone Gap High School auditorium. You will need to enlarge the old photo --but I am on the left outside end, third row from the back. Below are more pictures. 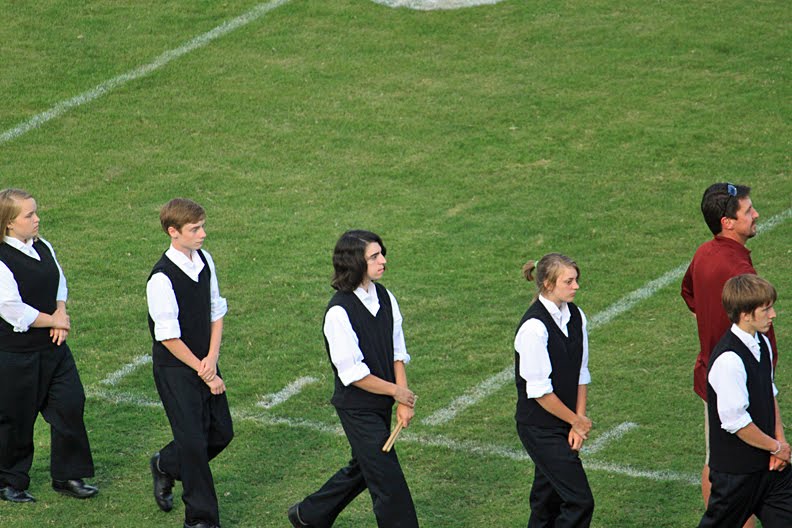 That is my Cutie Pie Drummer Grandson--in the middle... They are marching onto the field. 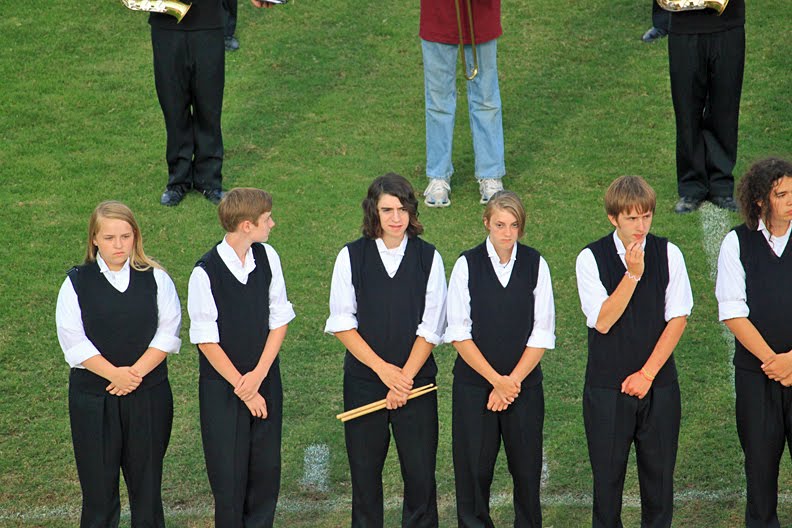 Now you can see a better picture of the best-looking young man in the world. (Grammy's can say that!!!! ha) He's the only one carrying his drumsticks. 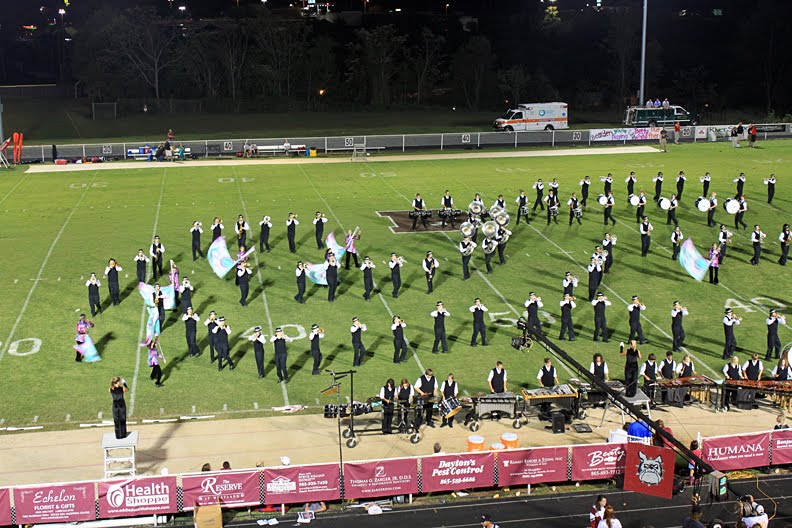 This is the band's halftime show... You can see all of the percussion along the front... They have everything from timpani to xylophones to cymbols and drums. That's quite different from the marching bands of 'my' time!!!! ha 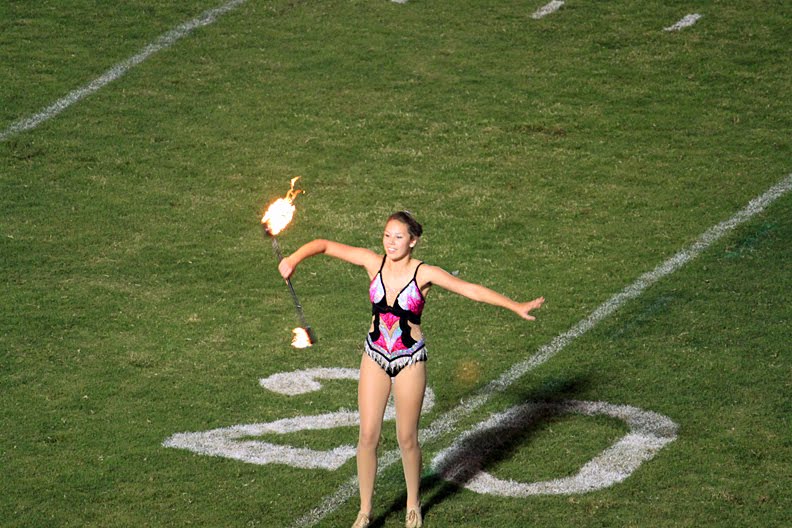 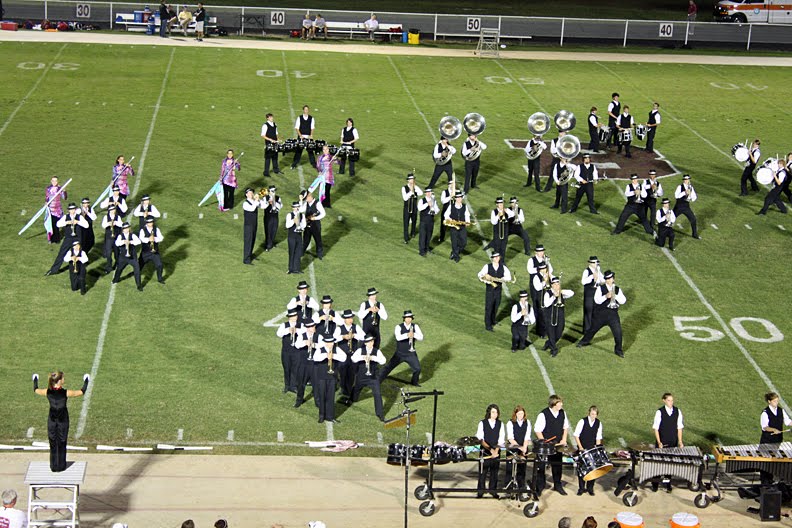 Here's another picture of the band doing their routine during halftime.... This is a very good band. They play alot of JAZZ --which is different from bands of my era.... Of course, my era was many moons ago!!! ha 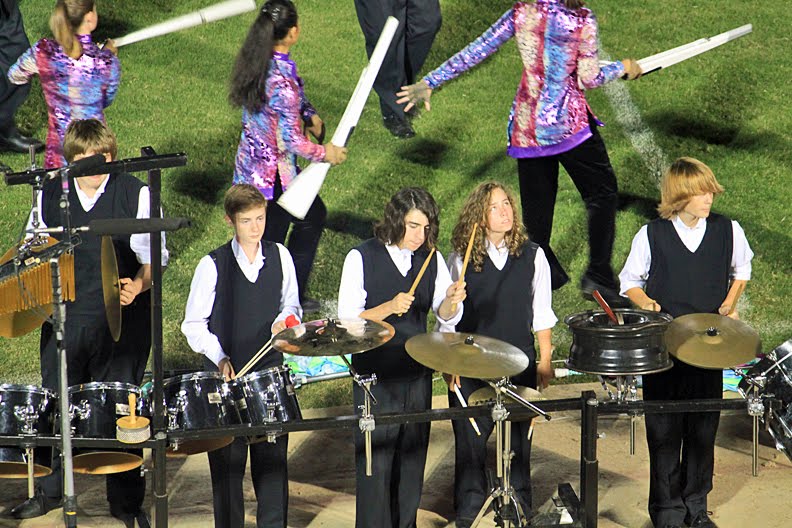 Here's another picture of my grandson doing his 'thing' during the halftime show. 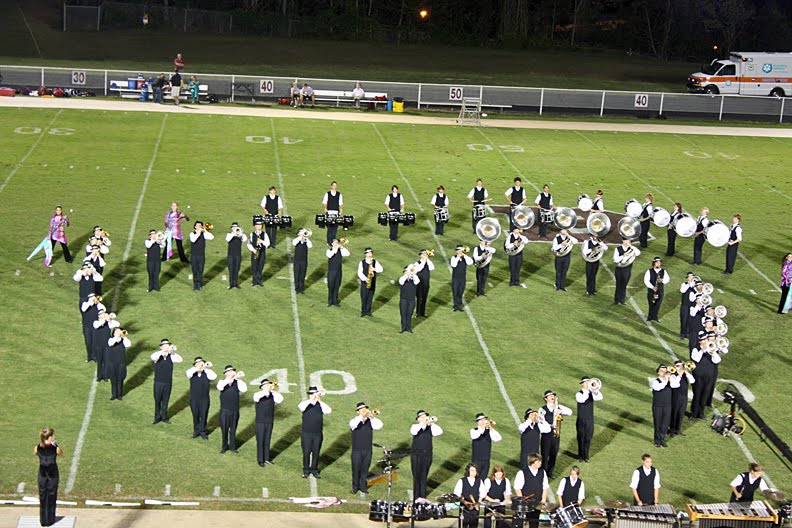 That band definitely showed the LOVE during their halftime show. We enjoyed seeing this band so much---and we'll hopefully get to see them many more times over the next few years!!!!!! I will share more pictures tomorrow!!!!
++++++++++++++++++++++
Hope you had a great weekend... I am really struggling with Blogger --getting "Service Unavailable" most of the weekend --off and on. Any thoughts or ideas as to what is going on?????? Wonder why Blogger can't fix this????
Hugs,