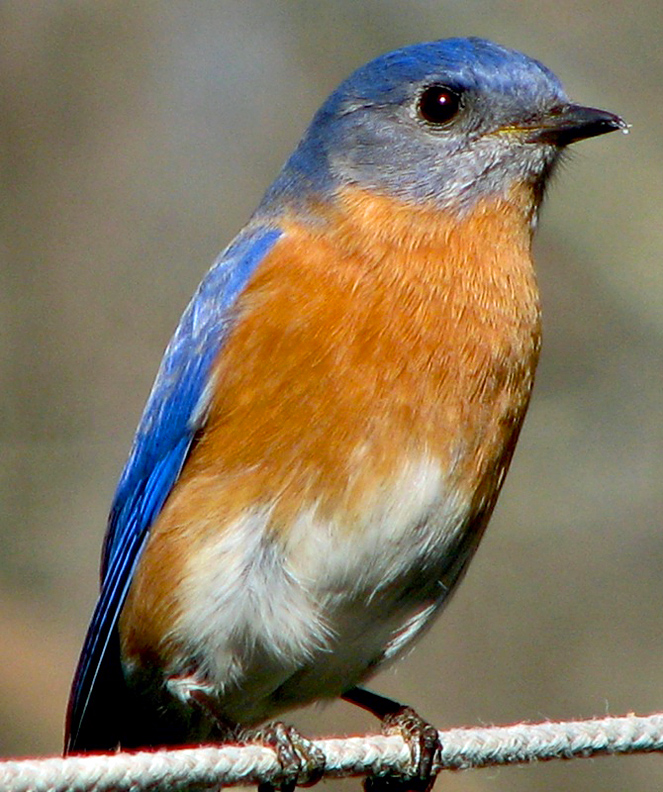 This past Friday,  I shared my favorite Woodpecker pictures from 2010.  Today,  I will show you my favorite little bird of all-time,  the EASTERN BLUEBIRD...  I wasn't a birdwatcher at all UNTIL the little Bluebirds nested in our backyard.  After that,  George bought me some bird books,  a CD with bird sounds,  and a pair of Binoculars.

I was 'gung-ho'---and started reading and learning ALL I could about birds,  especially little backyard songbirds.  My interest and passion just expanded from there.. George made me a nice feeding area on the deck --complete with clothes line for more feeders...  And the good news for me was that I could watch the little guys from 'inside' the house --and get great pictures,  especially after getting my new Canon Rebel camera and the 300 mm lens.

Here are some of my favorite pictures of the Bluebirds from 2010.  Above is a male Eastern Bluebird showing all of his beautiful colors.  This picture was taken on 1/15/10. 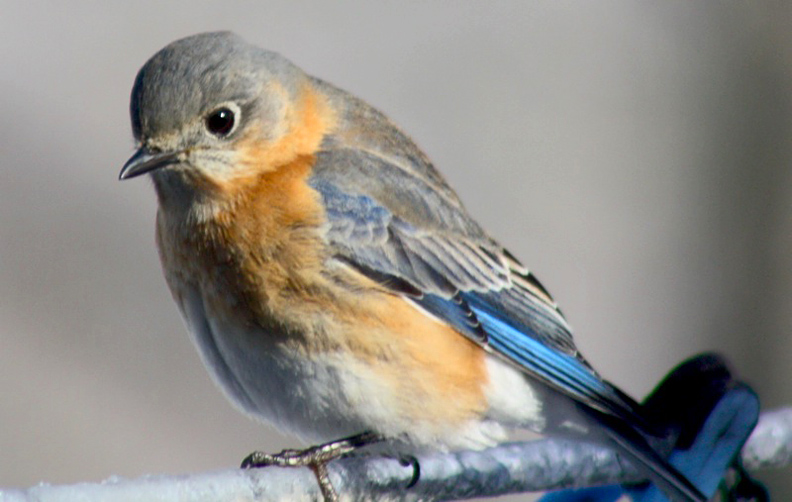 Here is a good picture of the female Eastern Bluebird.  You can tell that she is pretty--but not quite a colorful as the male.  This picture was taken on 1/31/10. 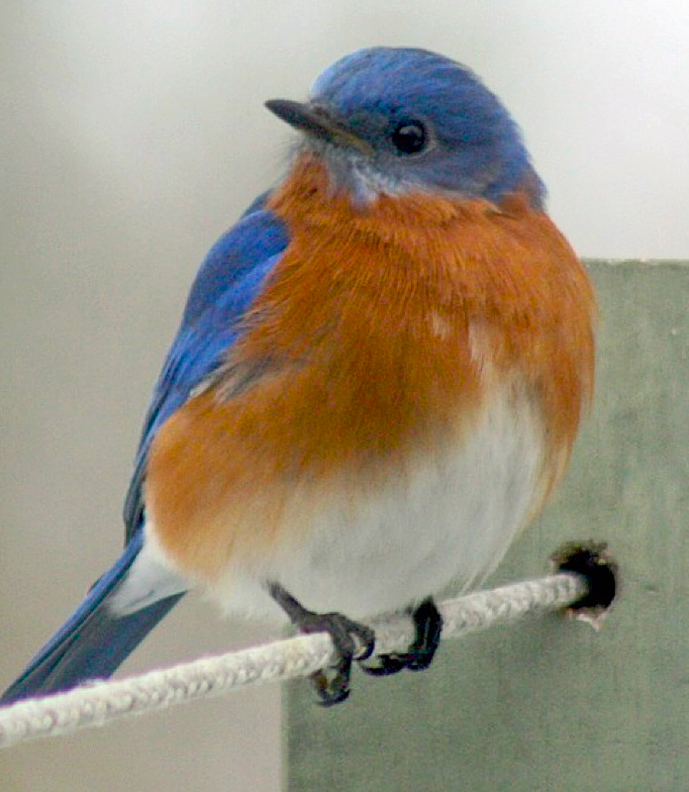 Here's another great picture of  a male Bluebird,  taken on 2/1/10.   I just cannot stop taking pictures of these little beauties. 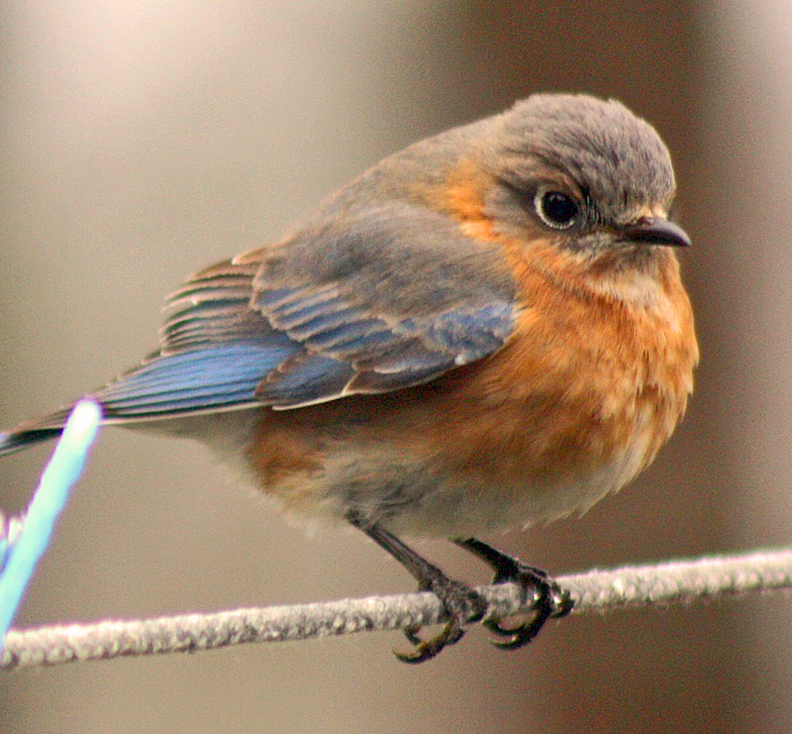 And--here's the female Bluebird,  taken on 2/9/10.  We had a snowy, cold February--and all of the birds loved coming to the feeders ALOT when the weather was bad. 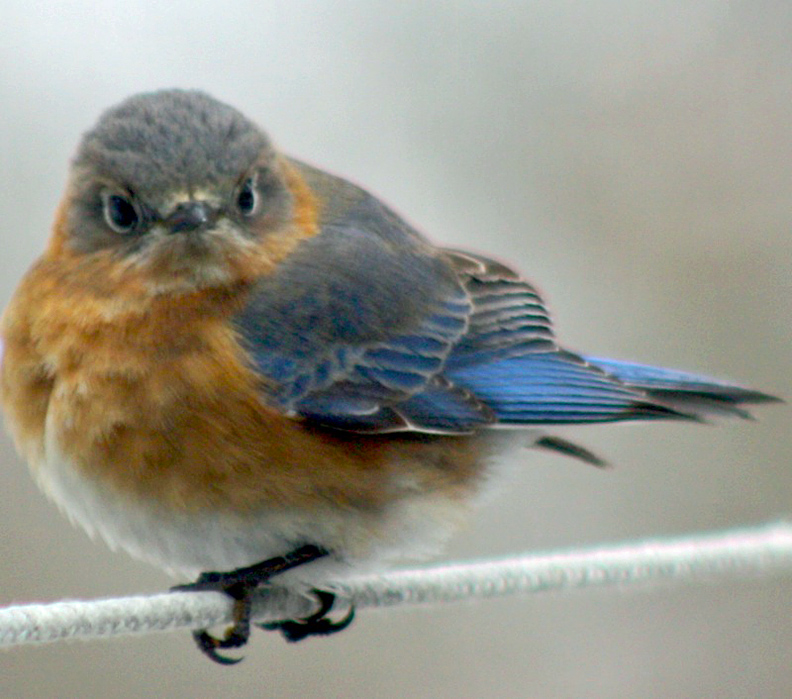 I just HAD to include this picture since Mrs. Bluebird was giving me "THE LOOK"--like the Pileated Woodpecker gave me in last Friday's post...  She is probably telling me to quit taking pictures, and turn some heat on outside!!!!! ha.. This picture was taken on 2/11/10. 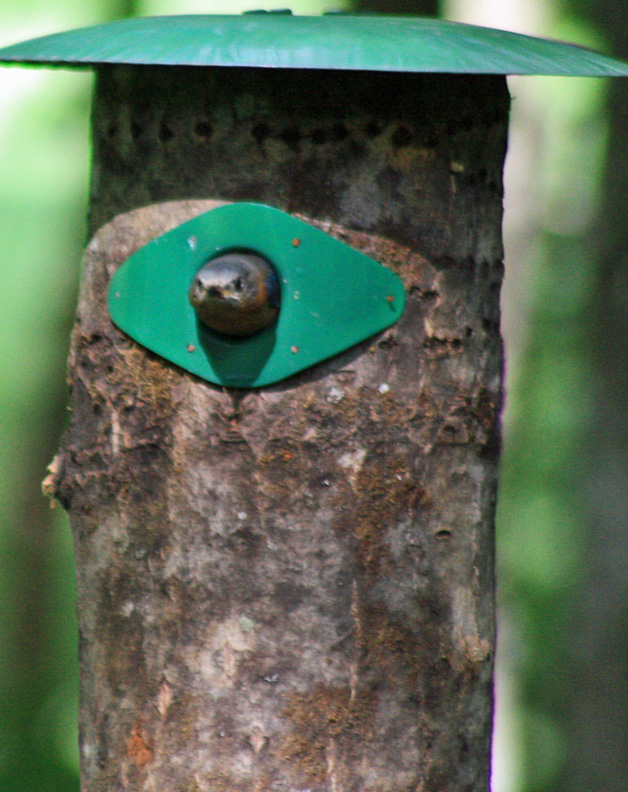 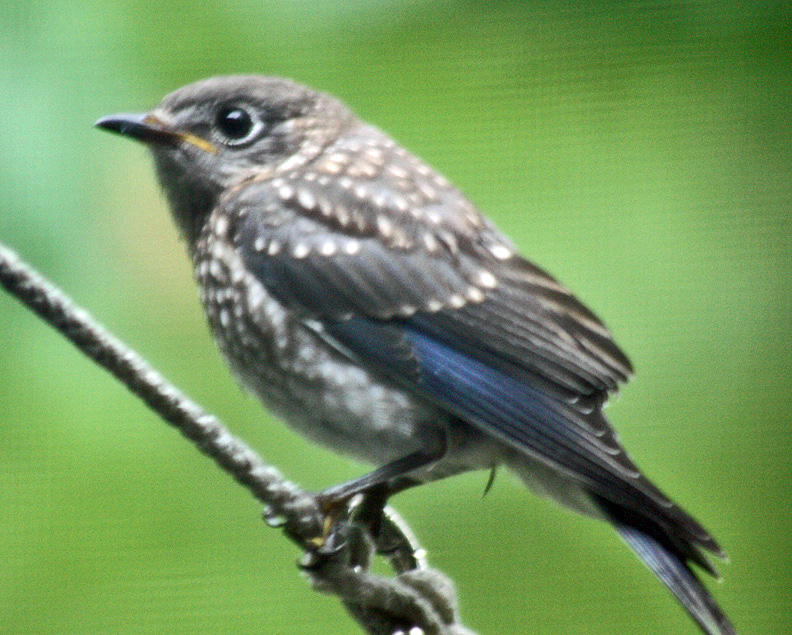 This is what a baby bluebird looks like.  He/she's speckled--as you can see.  They will come to the feeders once they learn to fly really good.  This picture was taken on 7/16/10. 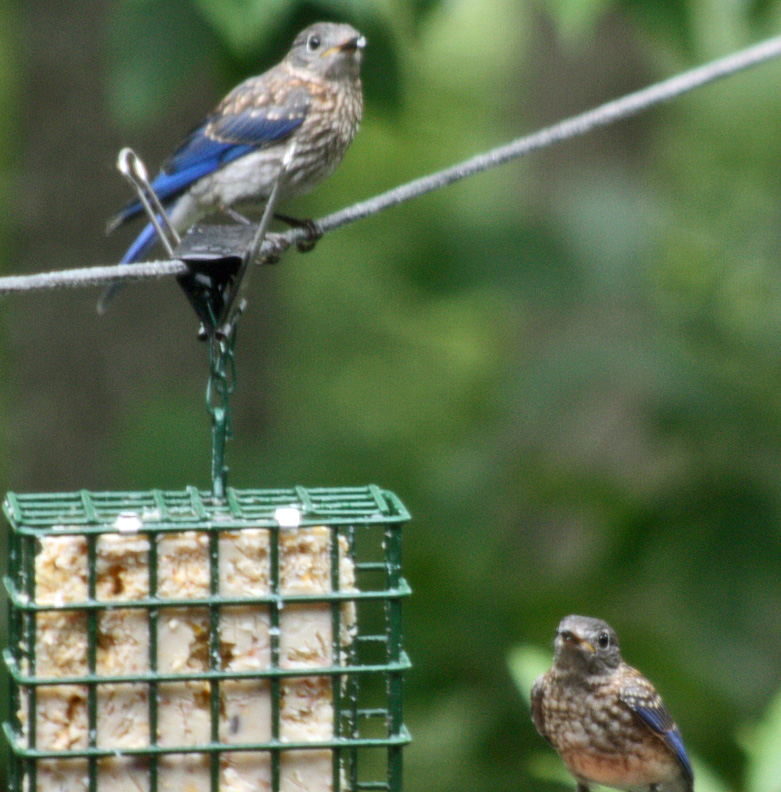 Here's one more picture of the precious little baby Bluebirds as they come to the feeders. This one was also taken on 7/16/10.

I hope you have enjoyed seeing the  "Best of"  my Bluebirds in 2010..  If you have Bluebirds in your area,  then I hope you will put a Bluebird nestbox in your yard.  They are the cleanest birds I know of --and such a joy to watch!!!!

On another note,  we had about 2.4 inches of snow here this past Friday.  Then,  the bottom dropped and our temperatures dropped to almost zero... Now--there's another 'front' hitting us in the face.. This one may bring us the most snow of the season when it's all 'said and done'... As much as I love snow,  I think I have had enough of it this year.. AND--it's only January!!!!!  Yipes!!!!!   Guess I just need to relax and enjoy it!!!  OR---maybe I will just move to Florida and live with SANDRA.  ha ha